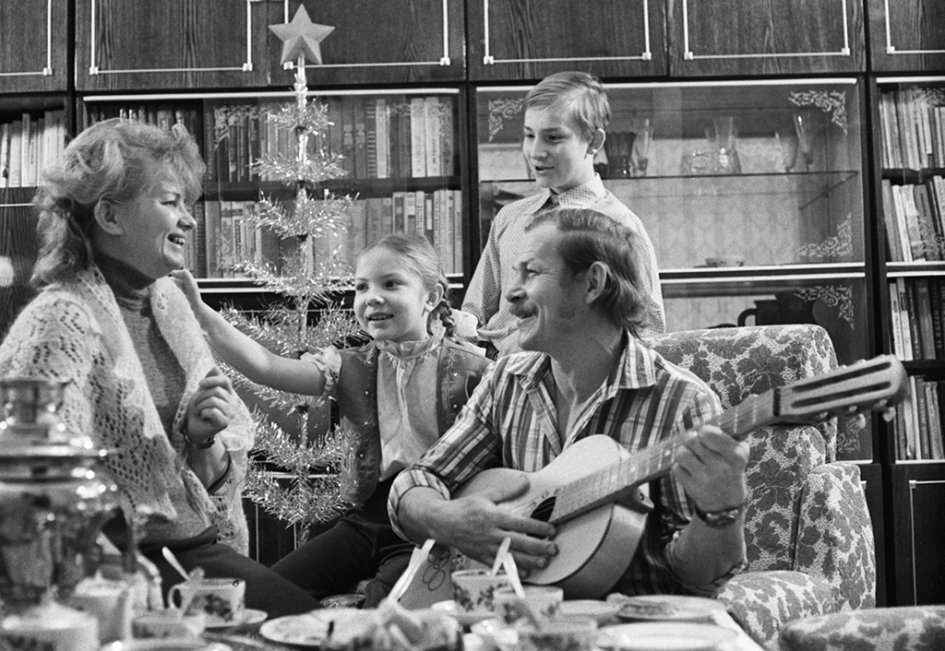 Many people say that New Year celebration in the Soviet time was more soulful. And this could probably be explained by the fact that people had to do much better to acquire presents and a New Year’s tree and serve the table. They did it much in advance and when they finally succeeded, they felt that very miracle moment. Today it’s simple and we take it all for granted. That’s the answer. Anyway, it’s always interesting to look back and bring those wonderful memories back. It was not so easy to buy a good New Year’s tree. Bad ones could be found in special markets but good trees could be obtained from “buddies” for at a higher cost. Some people even cut trees in forests. 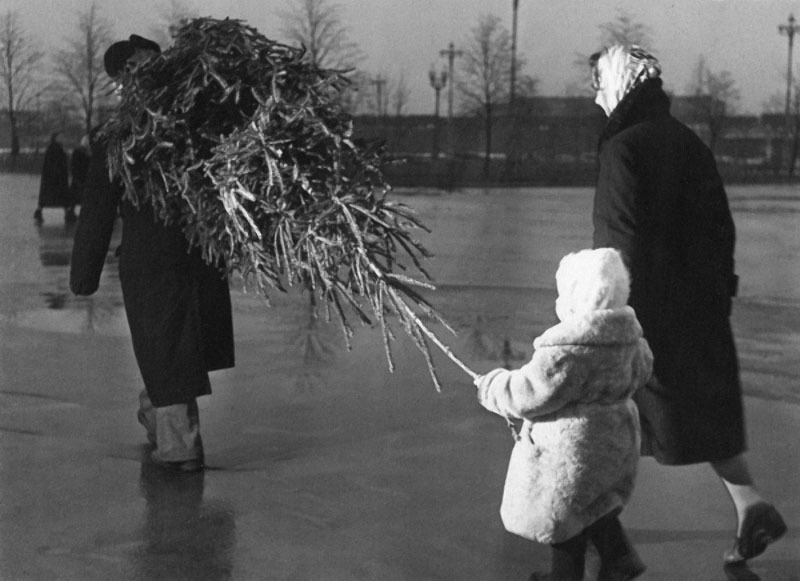 It was impossible to buy a tree stand, so people had to make it on their own. It could be a wooden cross stand or a bucket full of sand. Silver trees like this one were considdered special chic. The TV tradition for New Year emerged in the 70s. In 1970 Leonid Brezhnev delivered the first festive speech from the TV screen. It was also a tradition to buy cakes but those cakes were not so good – made from margarine-based fatty cream and decorated with acid-bright creamy roses. 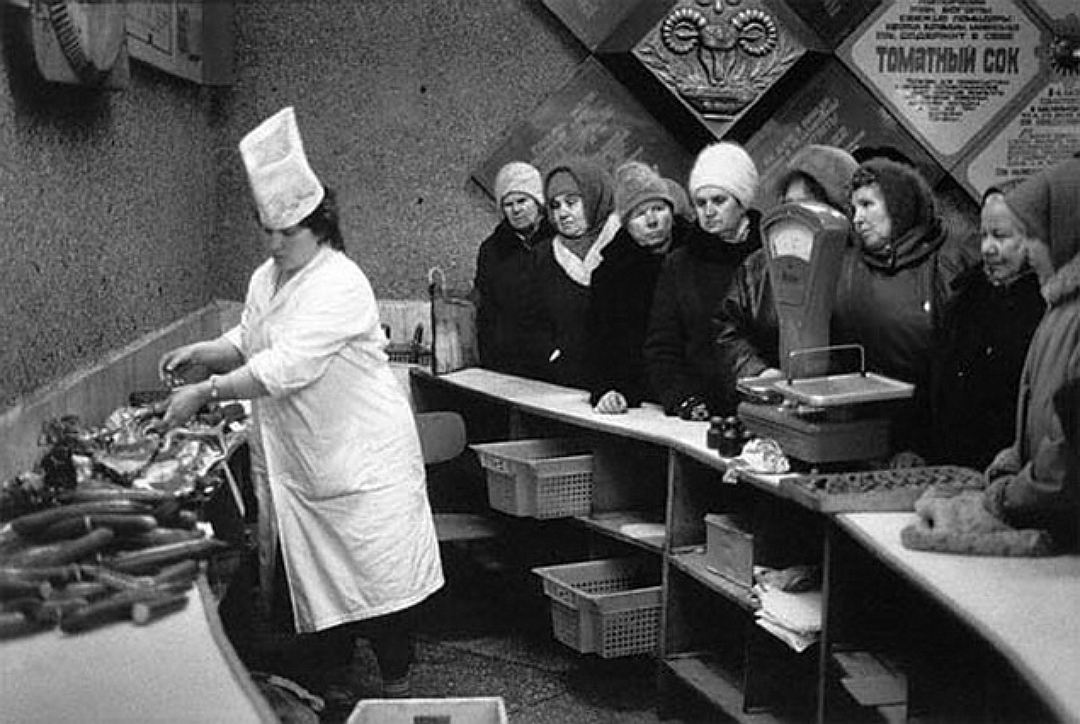 You see, it was difficult to prepare everything… 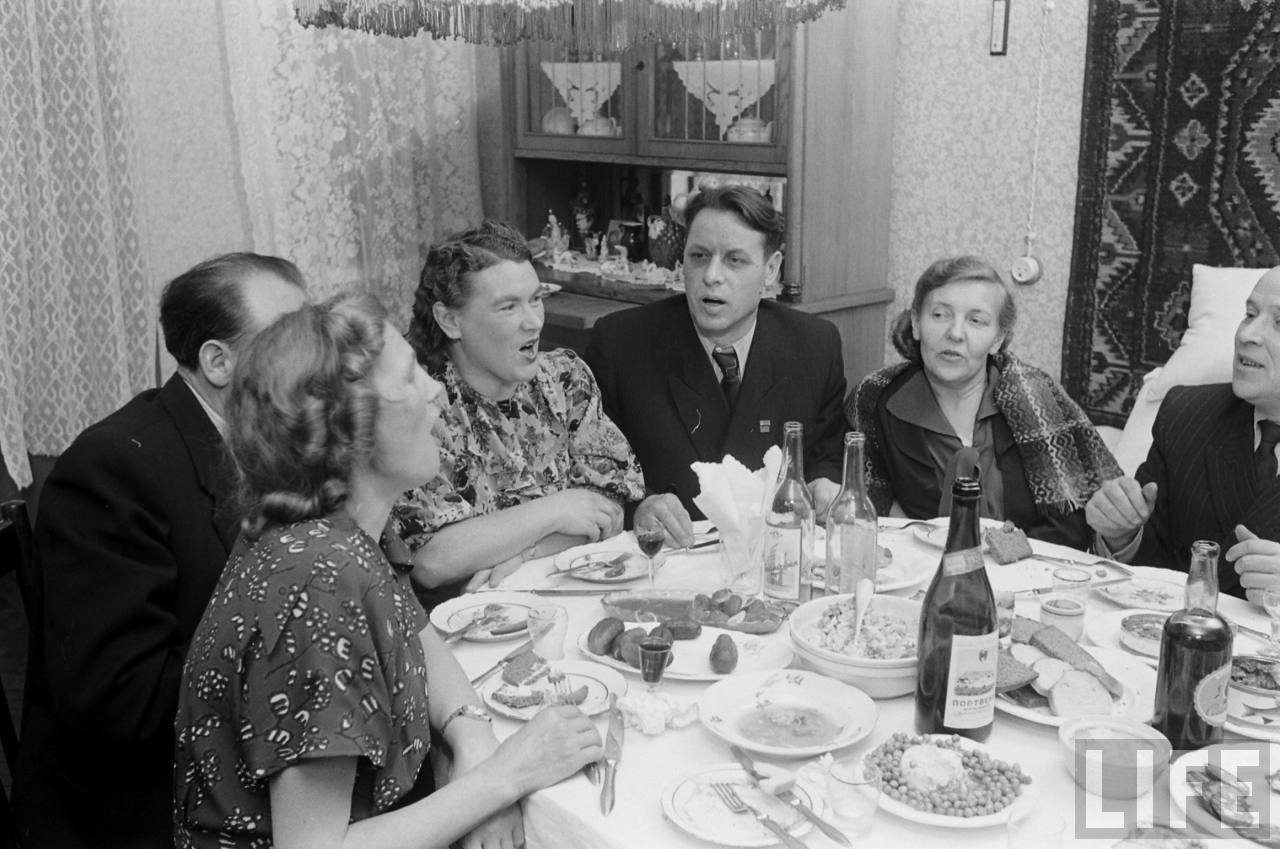 Everyone tried to look good, women set their hair and put the best dresses on. They had guests who traditionally brought those very creamy cakes, fruits or any Georgian wine. Those who tried better, managed to acquire good canned food, caviar, expensive tea or any perfume. Of course, it was mostly women who prepared the holiday celebration. Was it much different from yours?