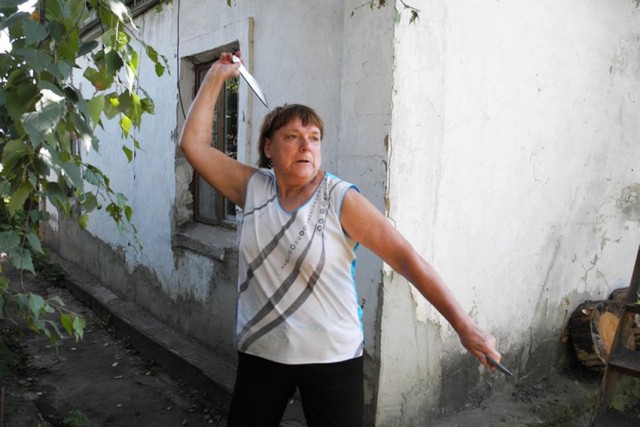 This woman looks dangerous and disturbing but throwing knives for her is professional sport. Galina Chevina is from a little town Sasovo, Ryazan region of Russia. She retired and found a job of a cloakroom attendant in a local swimming pool and probably people would remember her as an ordinary kind-hearted pensioner but one incident changed it all. A group of young people once came to the pool and began to discuss opening of a knife throwing club in the town… 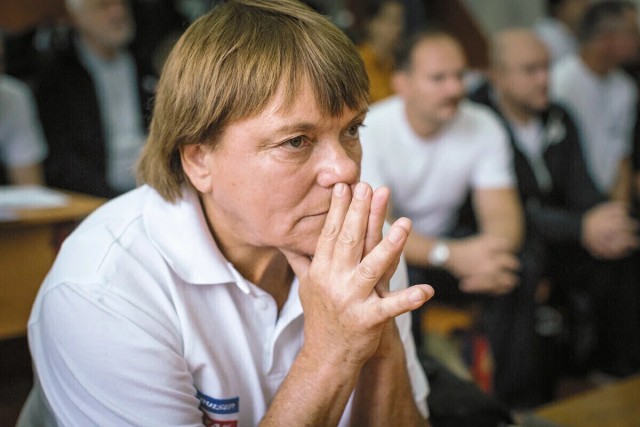 It’s hard to explain what made Galina come and try, she calls this Divine Providence but maybe she just wanted to add something new to her daily life. She began training in the club and saw how young people came and left forever. But she stayed.

Thr first tournament in Sasovo attracted special forces employees, experienced knife throwers and amateurs from different corners of the country. Around 50 participants in general. Galina decided to participate too. It’s hardly possible to describe the reaction of the involved public to the victory of that very old woman Galina… She got a sausage grinder as a prize then.

That success could be called just beginner’s luck but it didn’t stop there. Galina repeated her success at the championship of Russia in Moscow where she won a mobile phone and an air mattress. That victory was followed by sensational results in different tournaments including the championship in Kaliningrad in 2008 that gathered the best sportsmen from 36 countries with the only pensioner – Galina – among them. 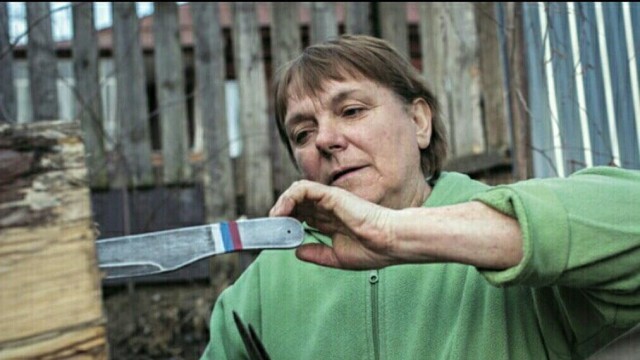 The miracle happened again and Galina became the world champ. She was rewarded with a good monetary prize and the shock of opponents. The woman was 57 back then. Later, in 2013 she became the champion of Europe in throwing knives and axes. 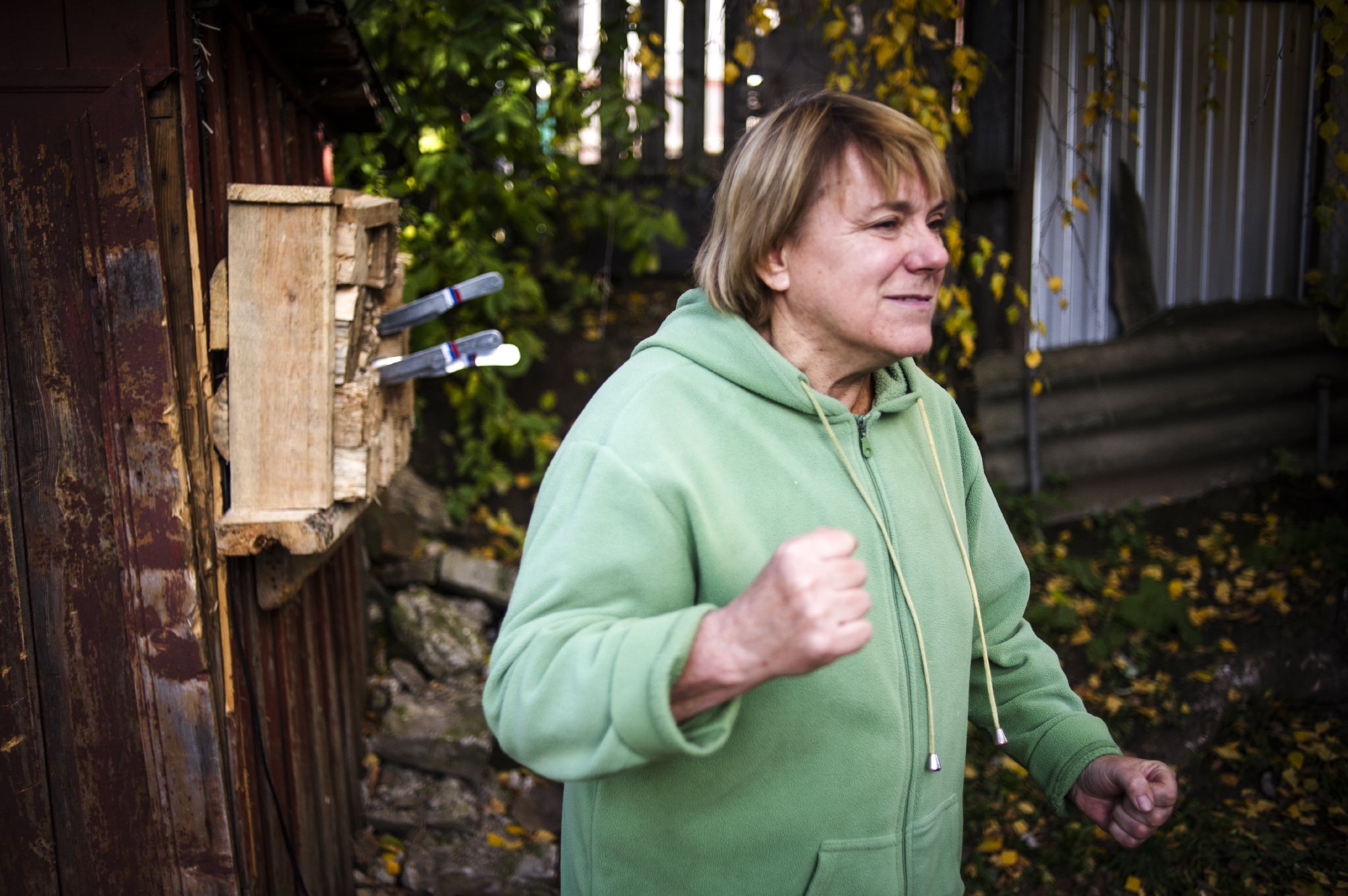 It’s a truly beautiful story – one of those which is not much appreciated in Russia, unfortunately. That is why Galina Chuvina didn’t become wealthy. Yes, she was interviewed, visited by journalists and invited to federal channels but she never received financial support. Besides, she often had to pay for her sports trips from her own pocket.

She didn’t stay long in that pool and failed to find another job, although many foreigners asked her to train their kids abroad. But she didn’t leave Russia. Galina survived on her pension and sold vegetables grown in her own garden. The woman, who turned 68, has got over 50 medals, pension of 13 thousand rubles ($169) and a decaying house. 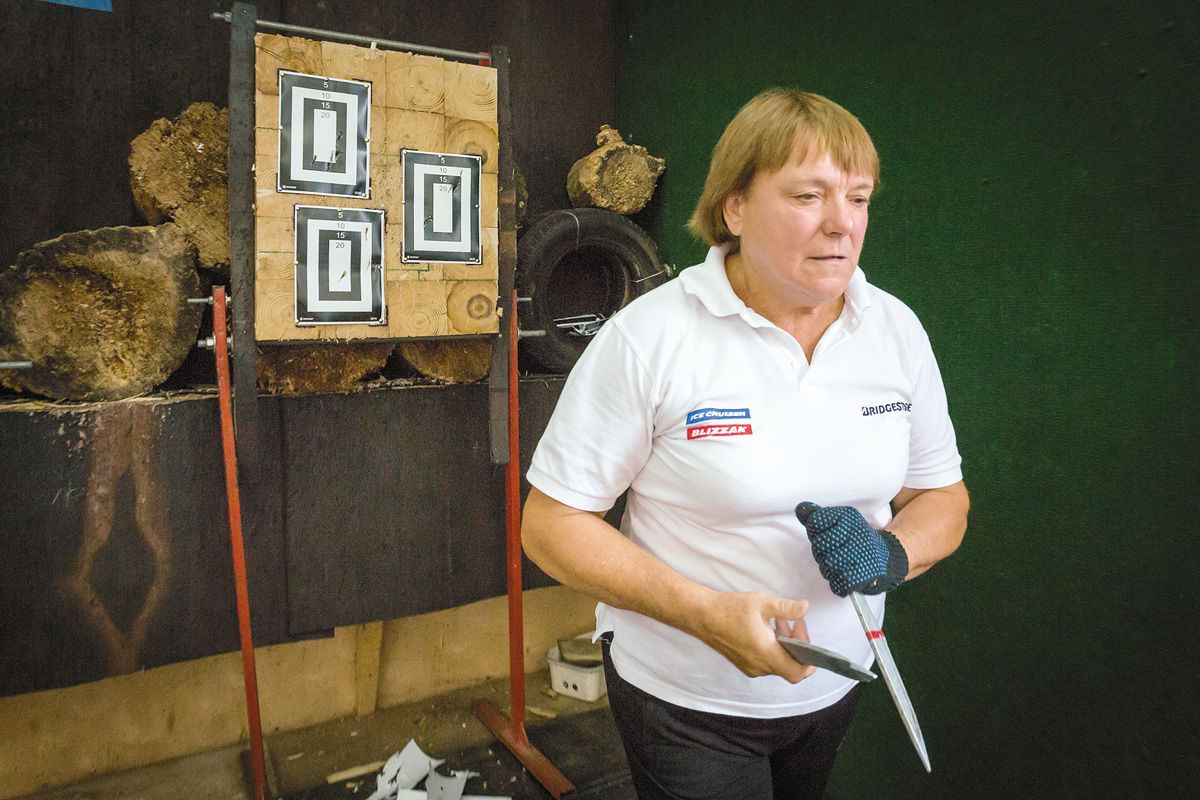 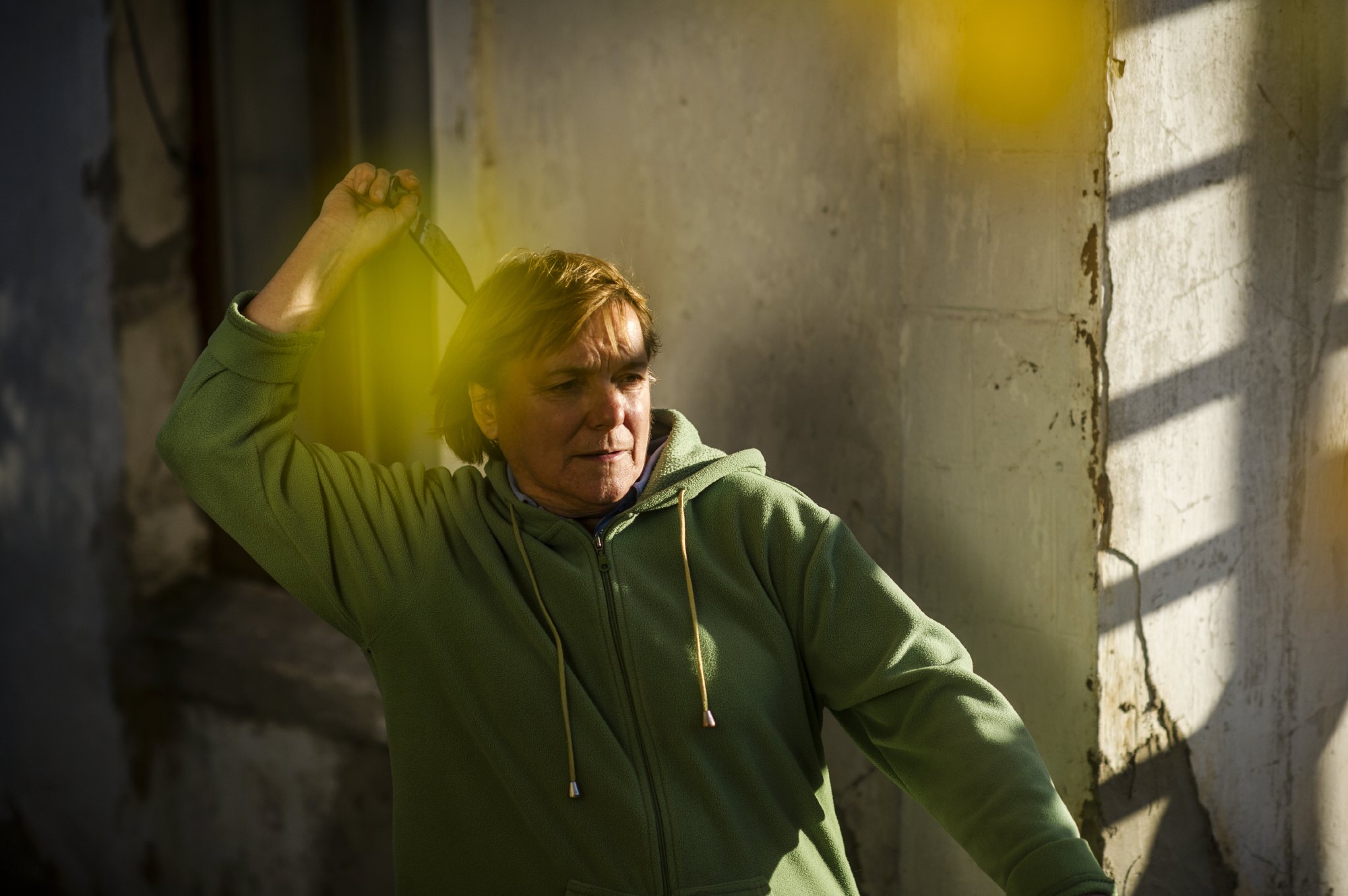 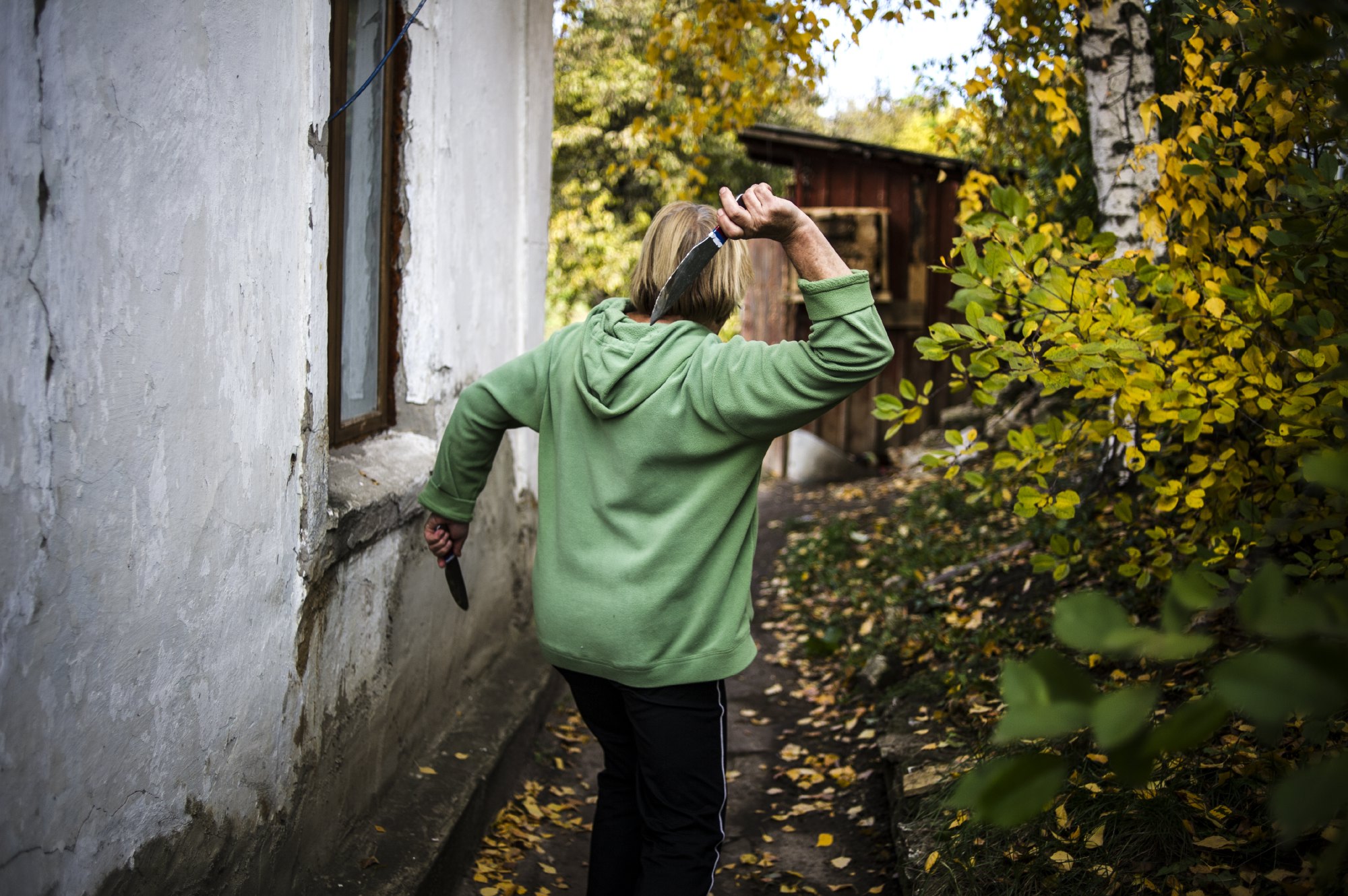 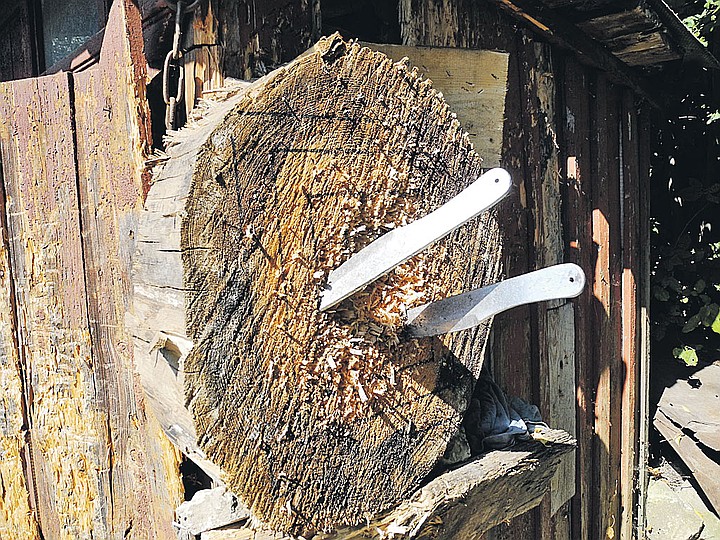