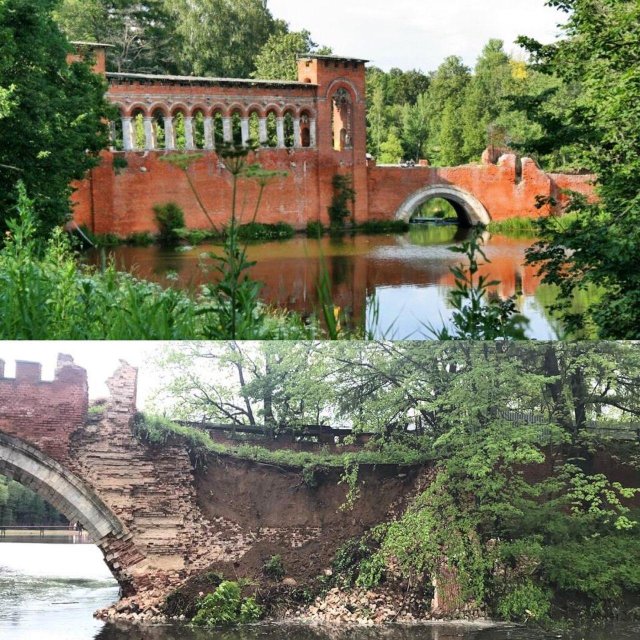 Different places of Russia -objects before and after resporation. Check out the results yourself.

On the photo above – bridge of Marfino mansion, Moscow region. 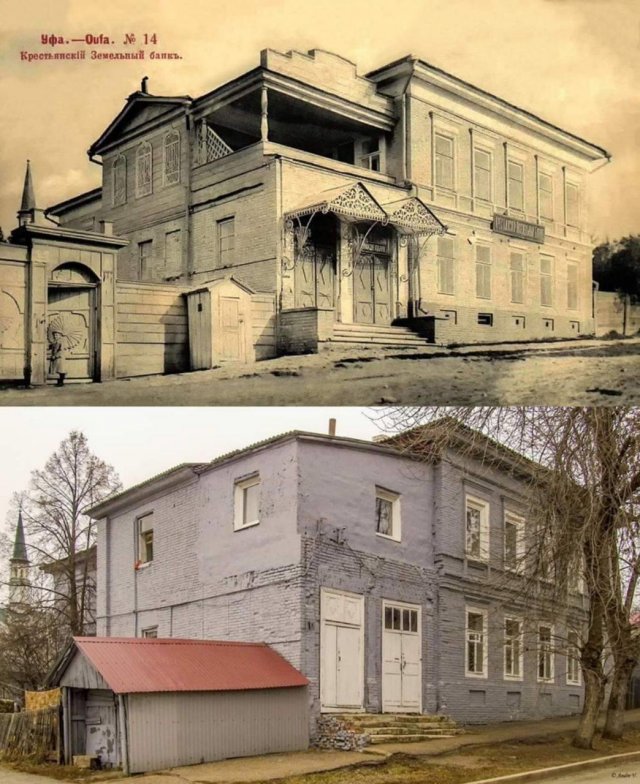 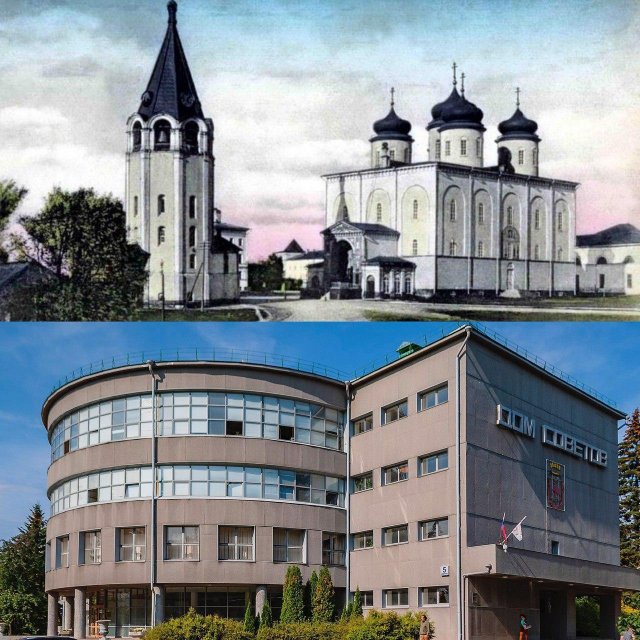 The House of Sobtsova, Kimry. Alexander II used to stay here himself as well as his mentor Zhukovsky. 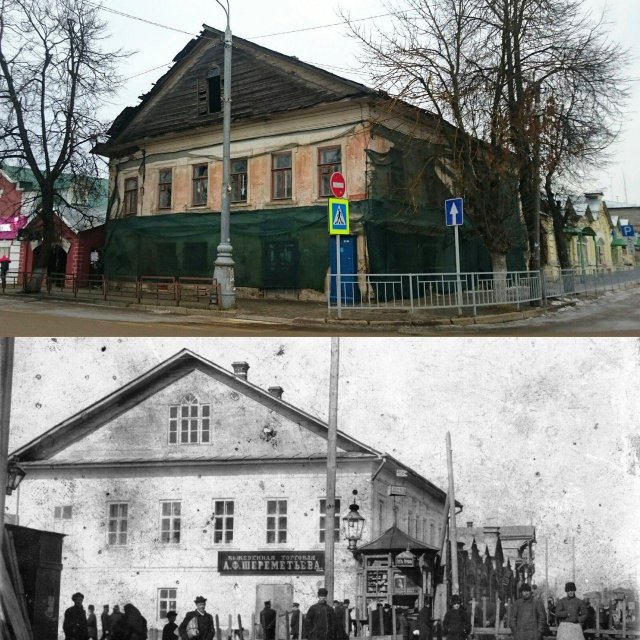 The first sausage factory in Saratov, 1902. The building was restored by a concerned citizen in 2011. 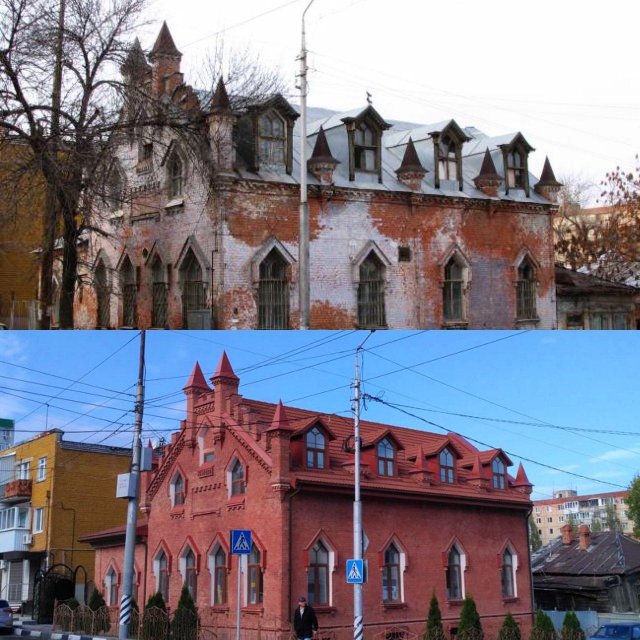 Pokrovskoye-Streshnevo Mansion that has an amusing superstructure in late XIX century. 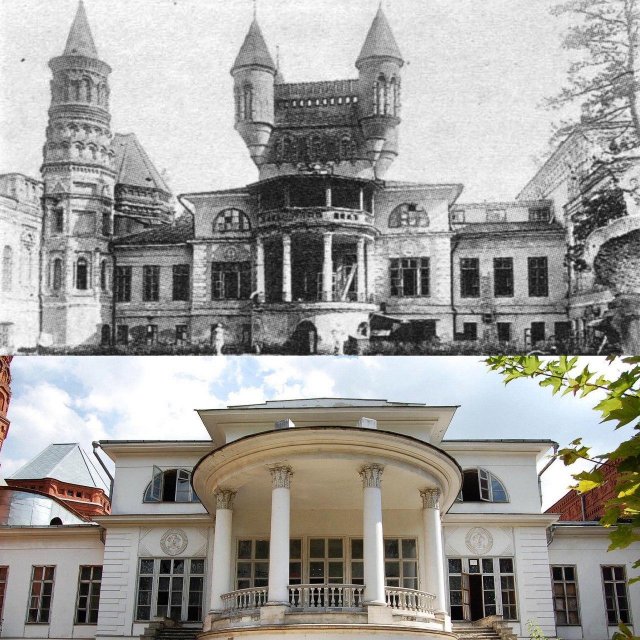 Airport of Krasnoyarsk built in 1954. 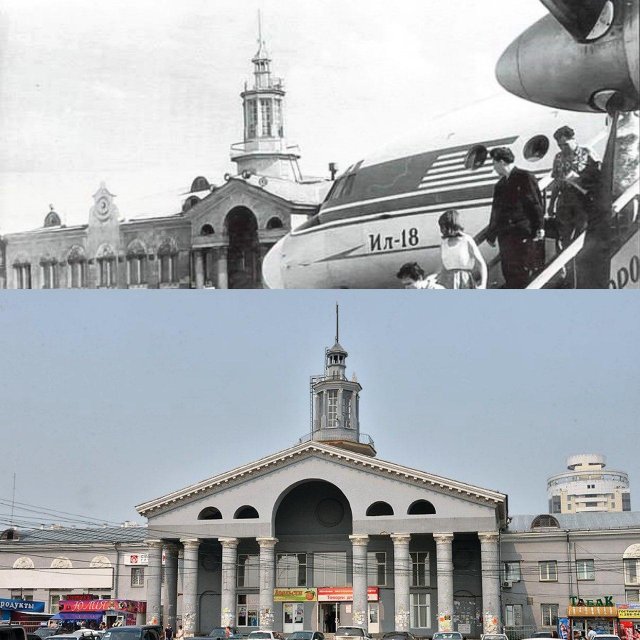 Historical station in Vyatskiye Polyany was pulled down in 2008 to be replaced by another modern “masterpiece”. 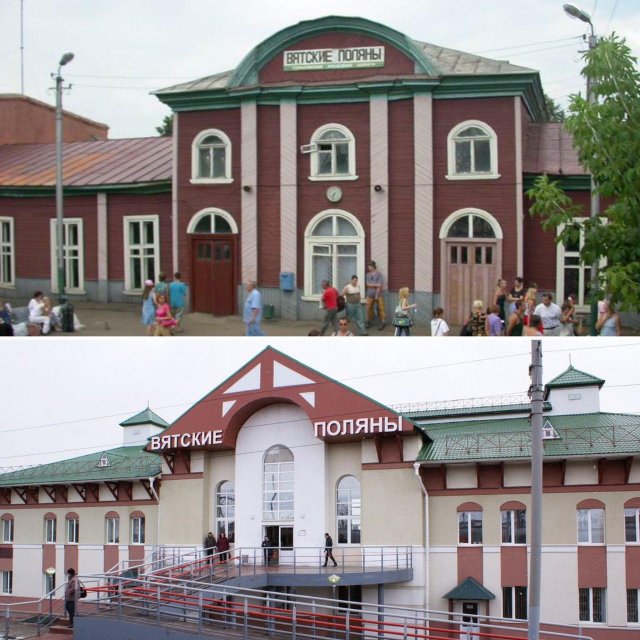 Building in Berezovsky to change soon… 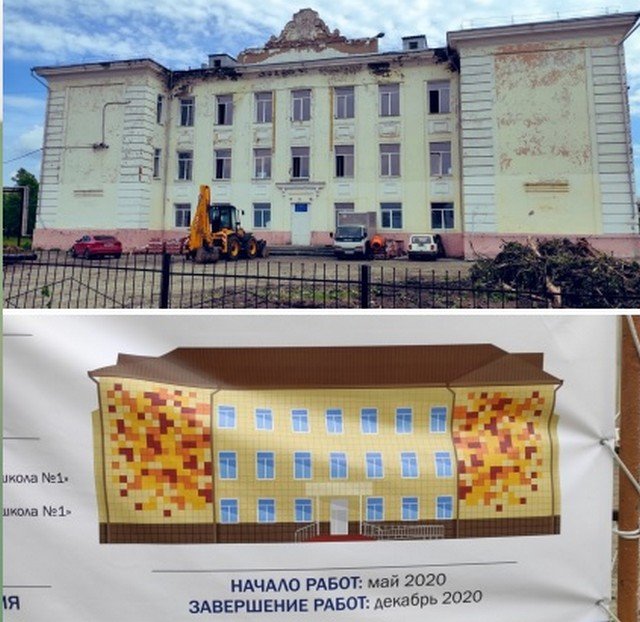 Old and new views of a house on Gzhel Lane. 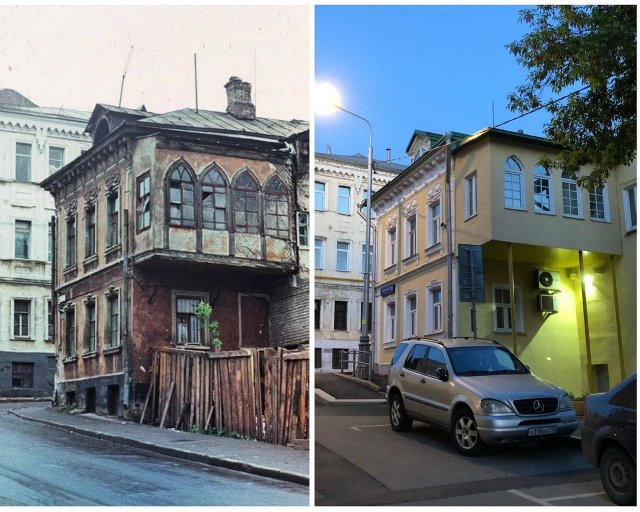 1 thought on “Russian Historical Objects Before And After Restoration”