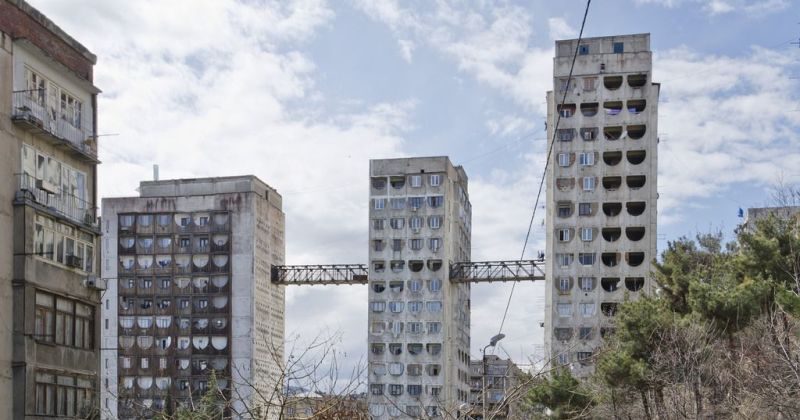 Due to the tendency of standartized construction that was popular in the USSR, districts in Soviet cities looked like twins. However, there were rare exceptions. For example, panel houses connected with bridges in Tbilisi – the capital of Georgia. Guests of the city make assumptions what it was done for. But when they stay in Tbilisi a little longer, they begin to understand the point and to happily use the bridges. Because it’s convenient. 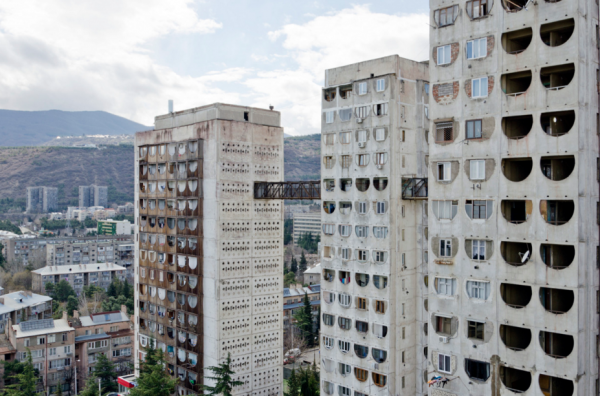 The houses with bridges are located in a big dwelling district of the city – Nutsubidze Plateau. The structures stand on benches of a slope. It’s hard to move along the street with such relief. That is why people required a non-standard but effective solution. 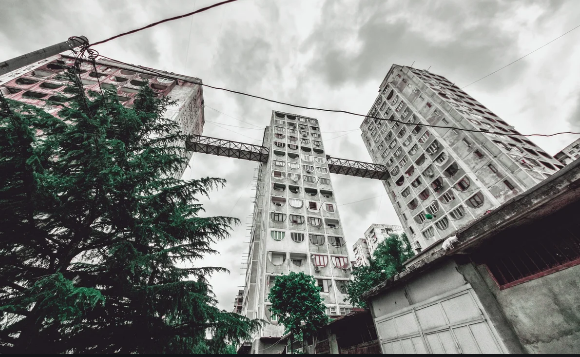 It was found by architect Otar Kalandarishvili who created the project of multi-storeyed “twin-towers” with walking bridges. The solution allows passers-by to move between Nutsubidze Platea and neighboring districts in a simple way – without tiresome climbing up or descending down the slope. 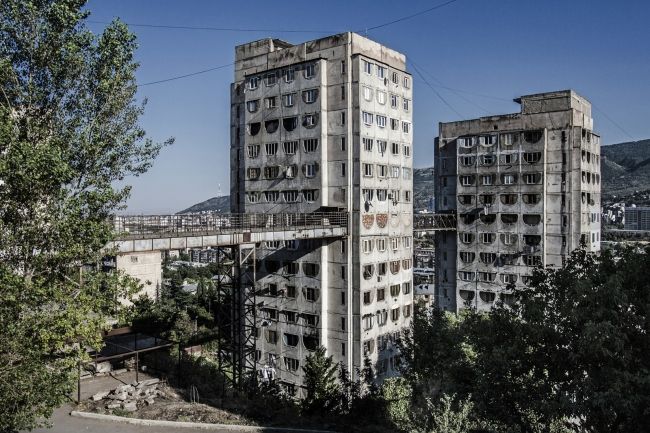 It seems that people going through the houses must make their residents nervous. But Kalandarishvili envisaged everything. The panel houses have two elevators – for residents and for those who use the bridges. The second one lifts people up on the 14th floor only where bridges are located. 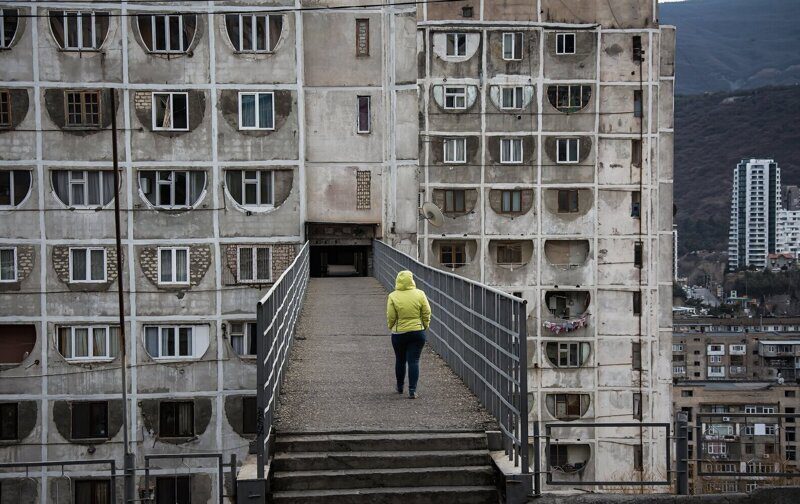 To use the elevator one should pay 14 Georgian copecks. People willingly pay and use the bridges.