It is widely considered that profession of a longhaul trucker is exceptionally for men. Long hours at the wheel, months spent in a cabin far away from families and relatives. Nevertheless, Russia has many truckers among women – they drive and repair heavy trucks, take loads to Siberia and the Caucasus and manage to raise children and grandchildren. Marianna Molokova decided to make a photo project devoted to these special women. 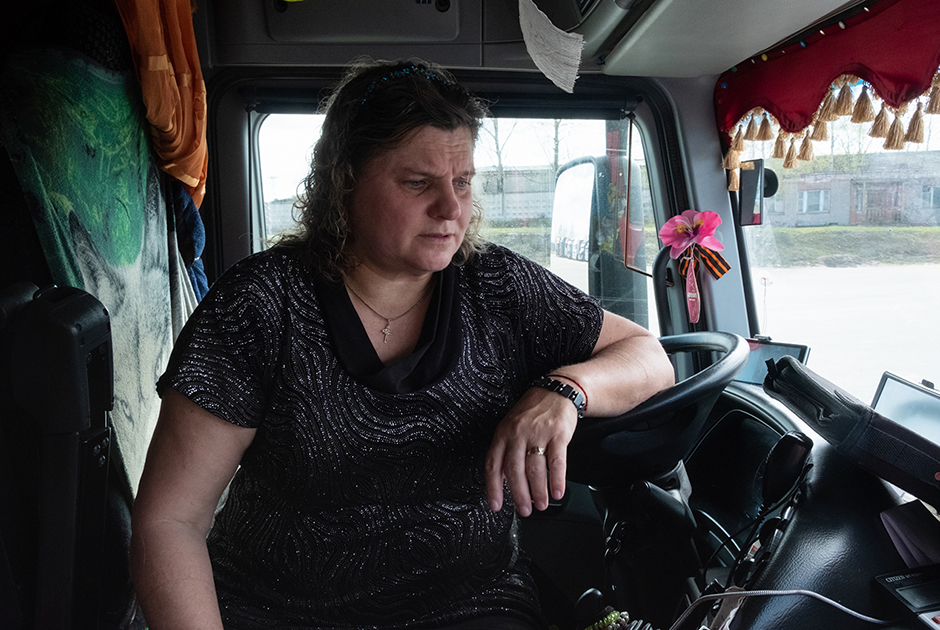 Alena Merzlikina, Smolensk. She has been driving a truck for 23 years, since 1995. Her father taught her to drive a tractor when she was 13 and Alena began dreaming about KAMAZ driving. Her dream came true when she had already become a mother of two children. When she’s asked where she lives, she replies – “in a truck”. She’s always there, it’s her home. Even on holidays. For Alena it’s like an addiction, she cannot stay away from her truck for long.

She admits that this work is tough. Especially in winter. But she does not imagine another life for herself. Dad has always been proud of her, mom didn’t like the idea from the very beginning. Alena loves driving but she does not want her daughters to have the same job, so she does not permit them to try.

When she was young she saw how her Dagestani neighbors were washing their linen – put it in the basin of rain water and trample it. Now she does the same – when she takes a shower, she washes her linen with her feet. 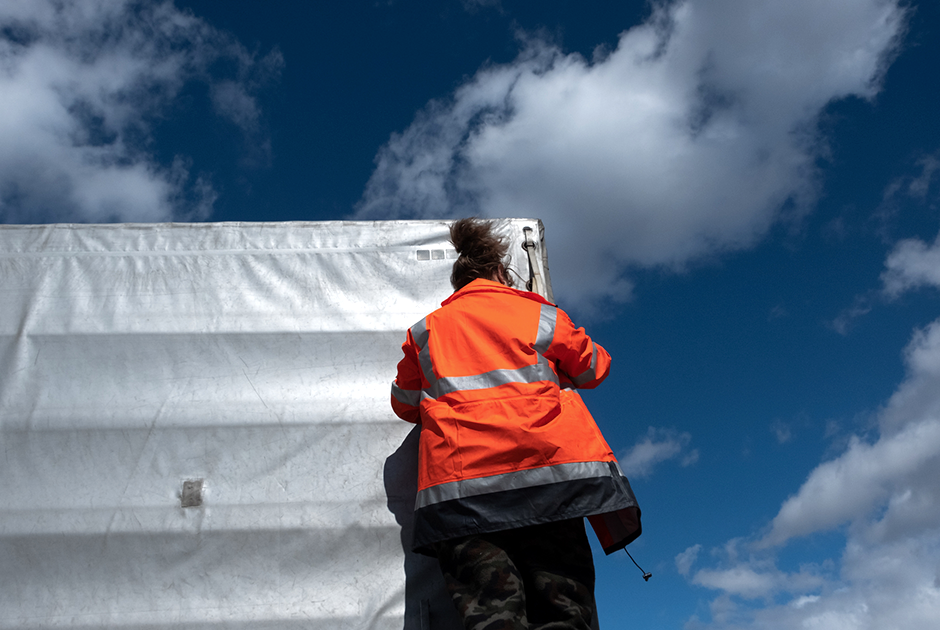 Alena has kids, one granddaughter, friends but does not have a beloved man. But she hopes to find him anyway. At the age of 14 she liked go-cart races, she destroyed her cart and almost killed herself but continued to train. Since then she cannot live without a wheel.

While she was raising her son, she worked as a sewer – has been making fur coats and truck tents for 20 years. But at the same time Ksenia worked as a taxi driver. Her father was a driver too but he didn’t like Ksenia’s hobby. 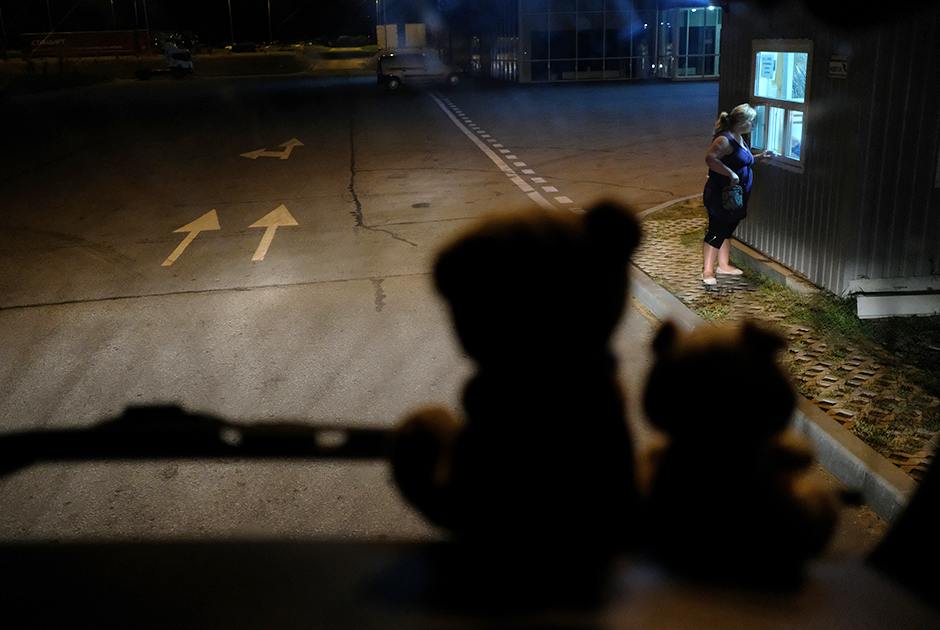 When her son became big enough for his own personal life, Ksenia began driving trucks. Her husband is a longhaul driver too. They work for one and the same freight company. Normally they work one or two months and then have a month of rest. 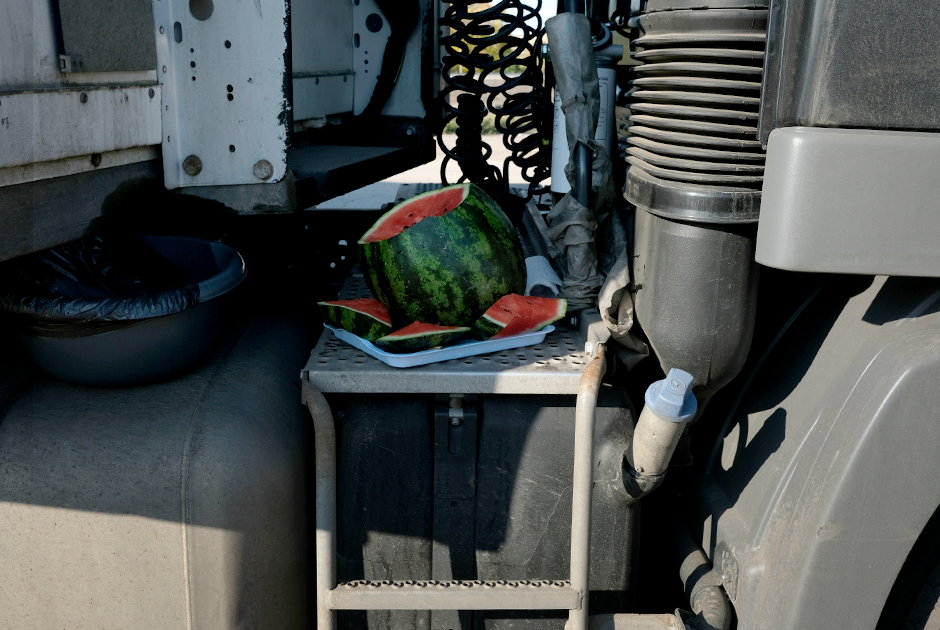 To overcome 100 km in one direction and 100 km – back was a method of Ksenia to calm herself down when she had problems. 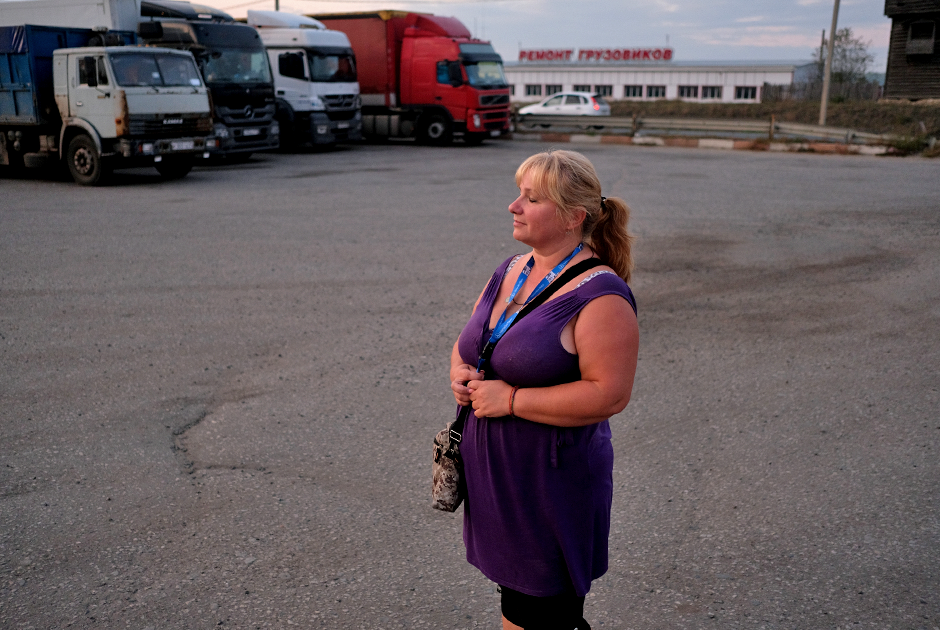 SometimesKsenia talks to her truck and it seems to her that the vehicle is full of understanding. 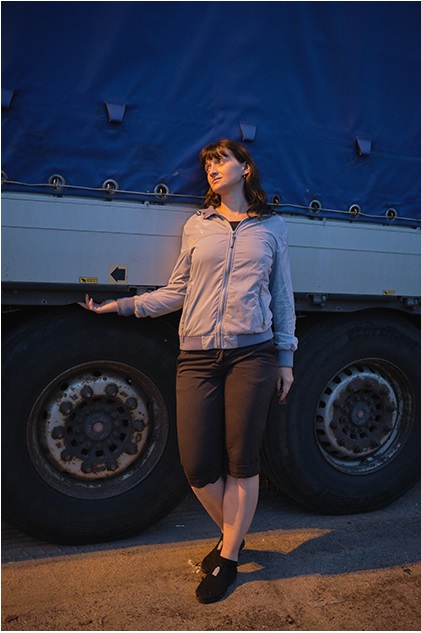 Elena has been driving for four years. Her boyfriend used to be a longhaul driver, once he offered her to drive a heavy truck. And everything changed. She fell in love. She could not stop thinking of big big vehicles. When her son became big enough, she gave up everything and began driving heavy transport. She likes everything about this job, even tyre replacement. At the previous working place, she was intentionally given the worst truck and it filled her with enthusiasm. Once she had a ditching accident caused by truck overloading and bad breaks, but she says she didn’t even have a chance to get freightened. She enjoys her life but many people condemn Elena. But she does not car, she likes to spend time alone, being free. However sometimes she feels that it would be good to have someone else close to her.

Anastacia used to work on the railway for five years, and as a stock manager for some time. She began driving beavy trucks in 2009. She was motivated by a comparatively good salary.

She says she has been saved by God twice. Once she fell asleep at the wheel. When woke up she saw a hurricane – many corpses on the road, broken cars and fallen trees. Everything happened when Anastacia was asleep.

The similar situation happened not far from Saint Petersburg on a slippery road. She woke up to see four corpses, six damaged cars. Her Guardian angel is always there. Her dream to have a child and husband came true when she made a wish. Now her daughter is six years old. 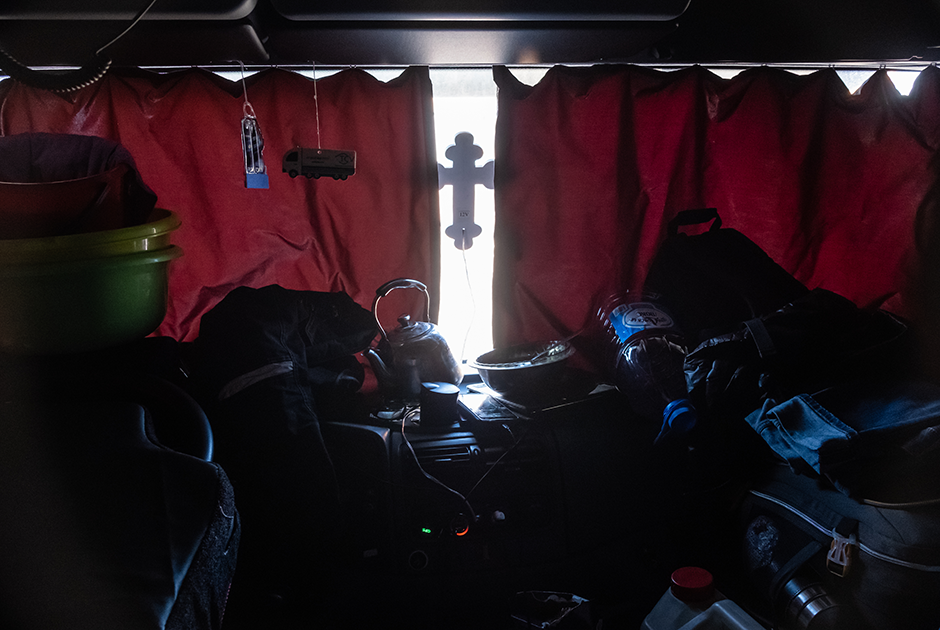 Anastacia says she would not be working this hard if men could earn 120 thousand rubles monthly. 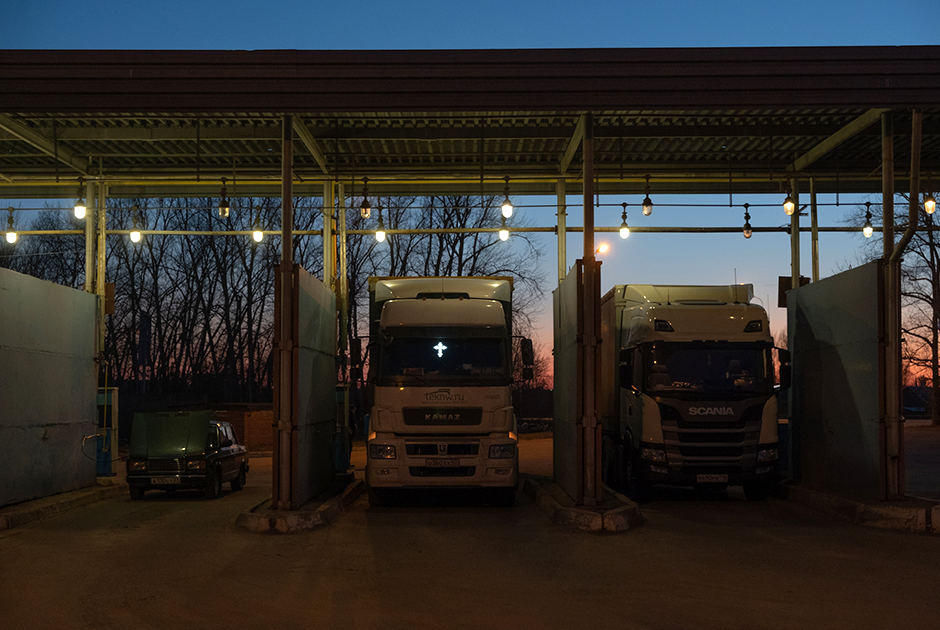 Anastacia is tough with those who don’t know the traffic regulations. Once she took the keys from the car of one lady who had cut her off on the road. She gave the keys to her husband who promised that her wife would not be driving till she learns the rules. And he kept the word. That lady called to Anastacia one month later and said she was right. 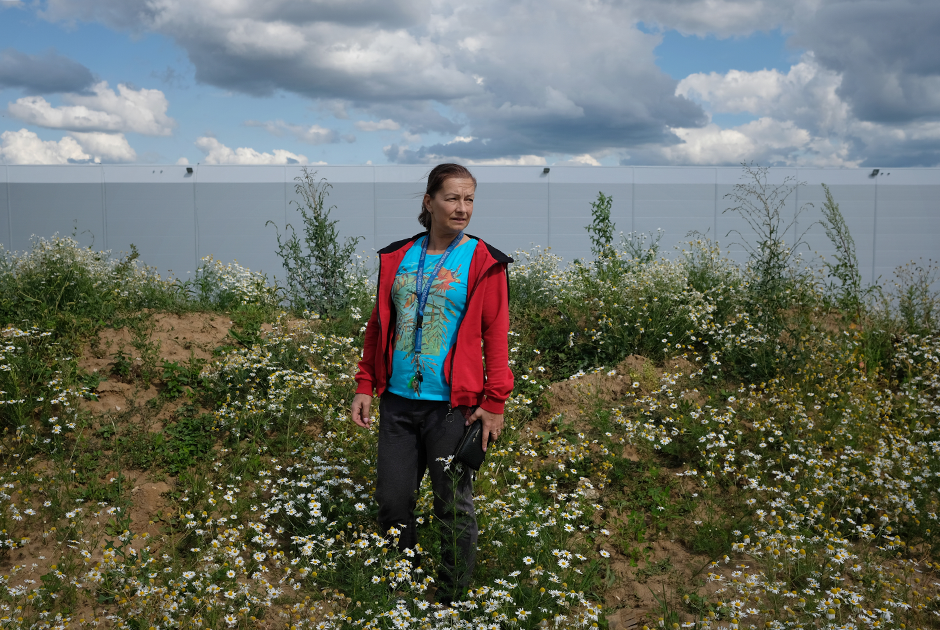 She’s the onl driver in her family. Having kids and grandchildren she dares to stay away from home for really long.

Svetlana is not the only woman in her company but she was the first female driver there. As a pilot project. 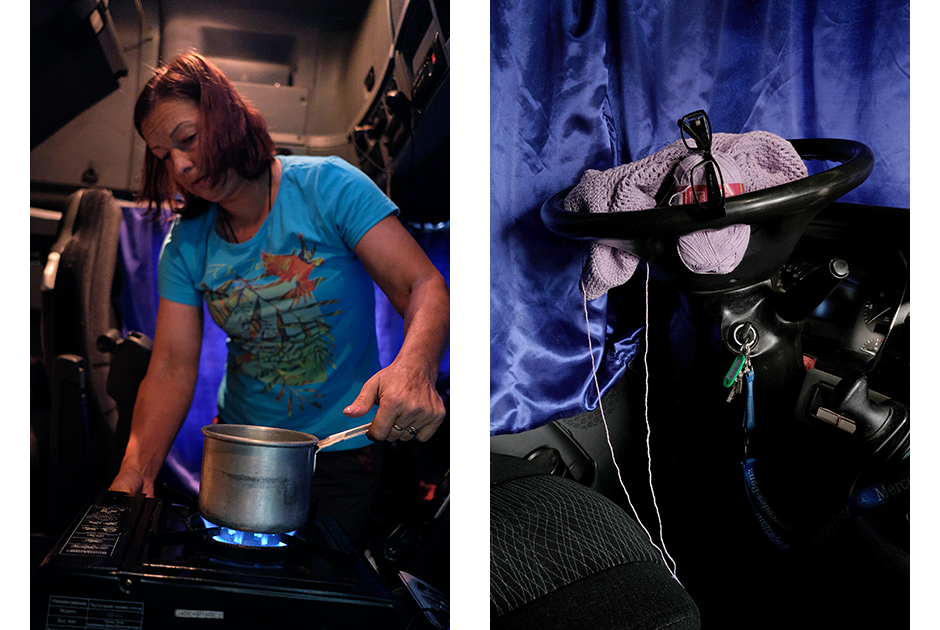 She calls her vehicle a home place. This is where she trully finds peace and comfort. And freedom. It’s better for her to communicate with her family online.

Svetlana likes to travel. She may go from Dagestan to Siberia just out of curiosity. She finds her job to be romantic. It’s always cool to see some new places. 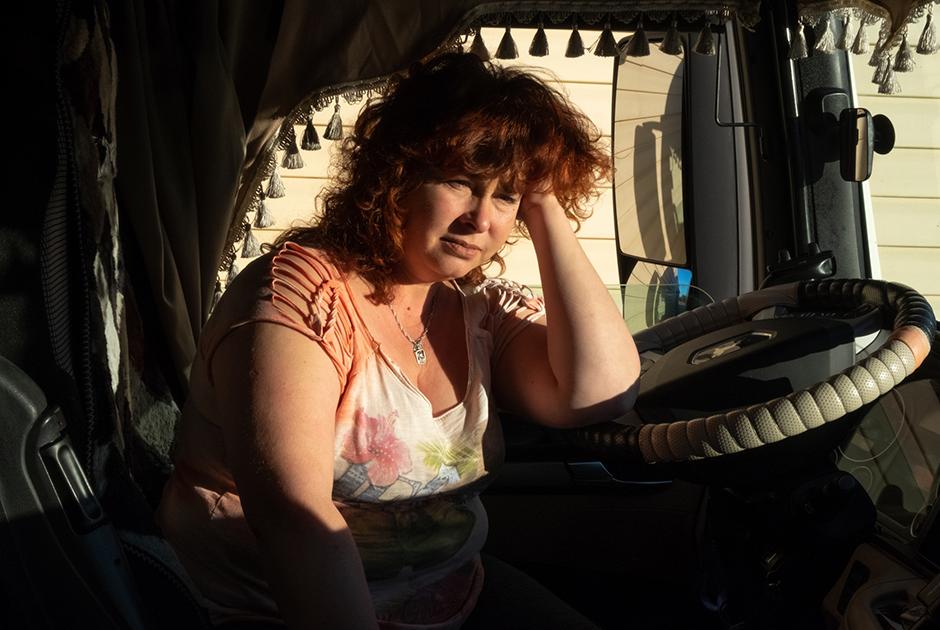 Yulia began to drive in the construction firm of her husband. Now he treats her job almost positively. But initially he threatened with a divorce, didn’t wish his wife to be away for months. Yulia’s father says: “I have two daughters, one is normal, another one is a driver”. 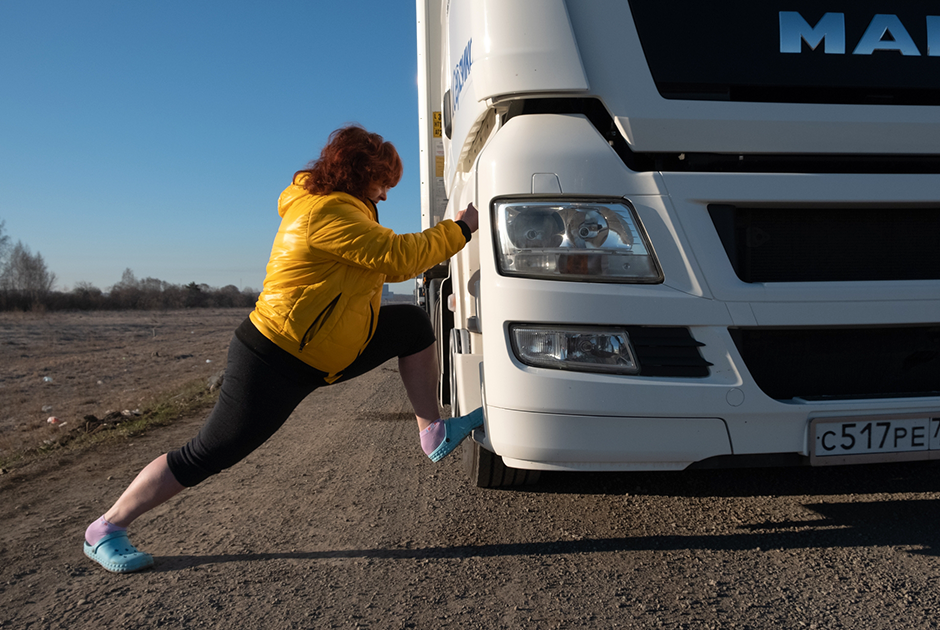 She doesn’t want her son to be a driver, she has seen too many accidents, corpses… A head lying separately on the ground from hands and legs.. She never brings these stories home… Yulia cannot imagine herself to sit at one and the same desk every day, to work with the same machine at a factory. She needs to move, to travel. 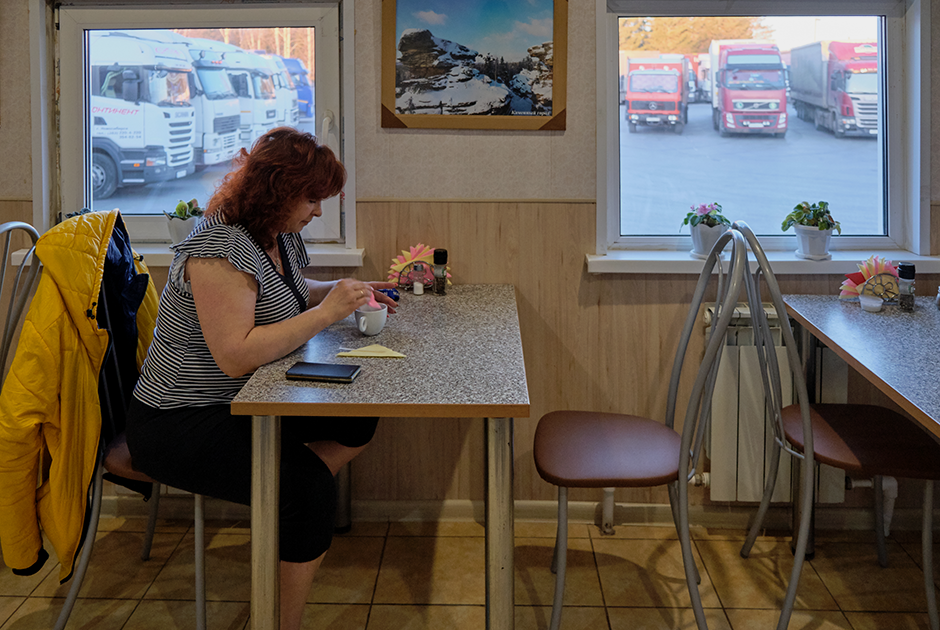 This job for her is like a computer game where she has to perform some tasks, to find a load, to overcome some obstacles, to bring something from one place to another. Levels change from simple to more and more difficult. Now she believes she does her job pretty much well. 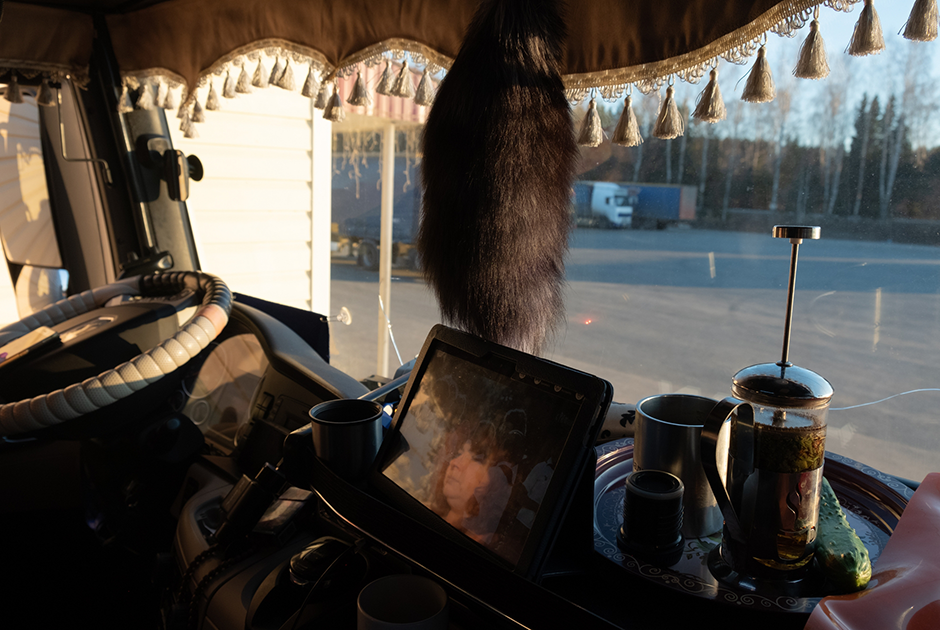