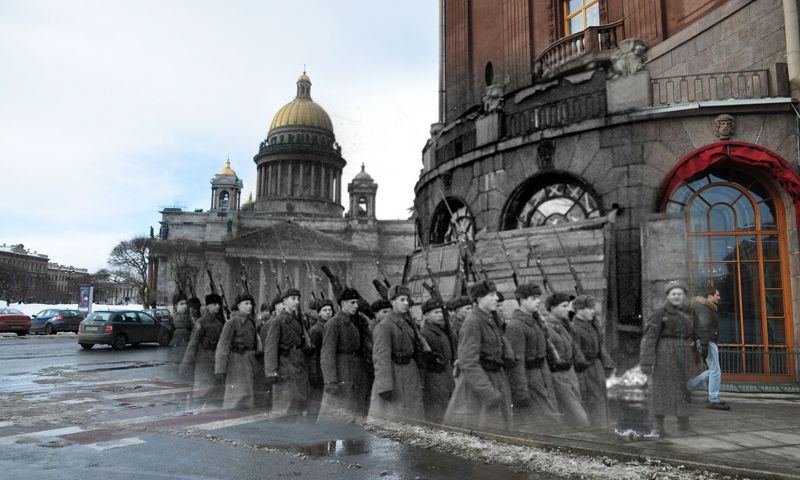 On 18th January 1943 the storm operation Spark ended in breaking the siege of Leningrad. The enemy troops were pushed away from the southern coast of the Ladoga Lake, and the sieged Leningrad got finally an opportunity to contact the country through the newly created corridor. The citizens obtained food and medicines. 75 years have passed since that day – when Soviet soldiers and Leningrad people managed to protect the city at the cost of their own lives.

Sergey Larenkov makes collages devoted to the seige of Leningrad, he adds old war-time images to the picturs of the XXI century. 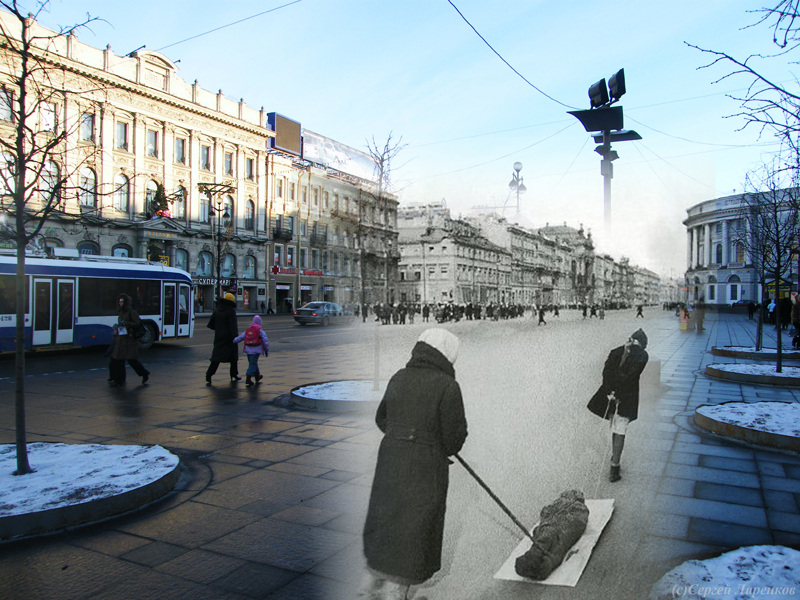 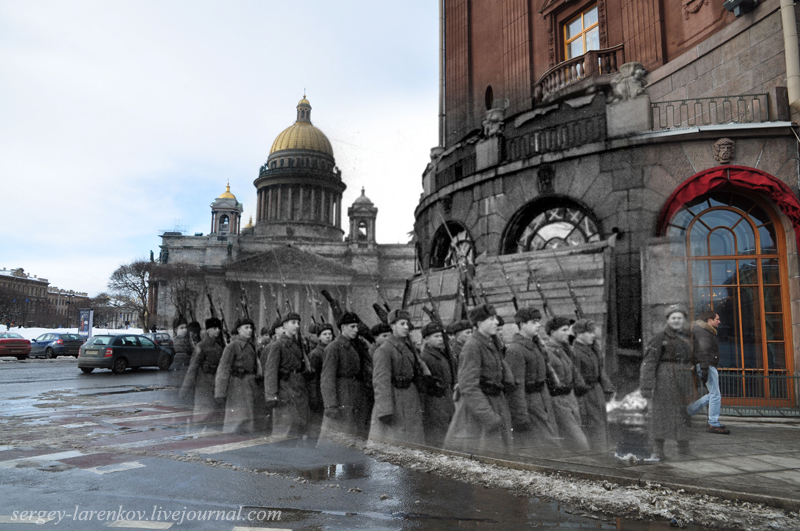 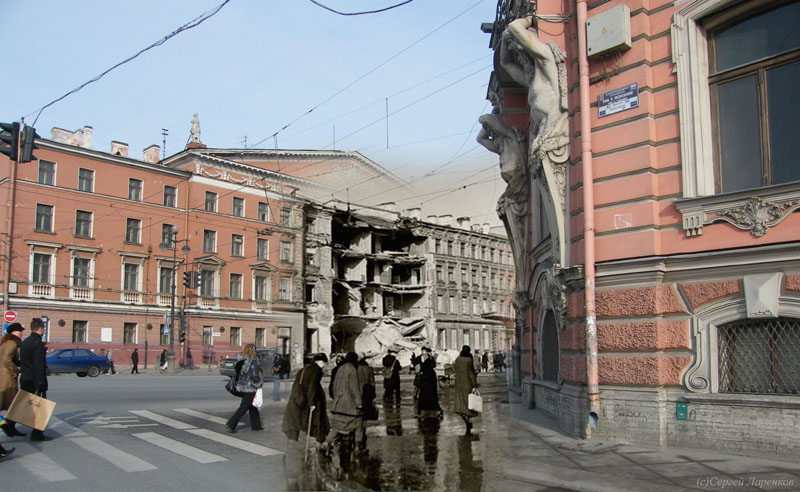 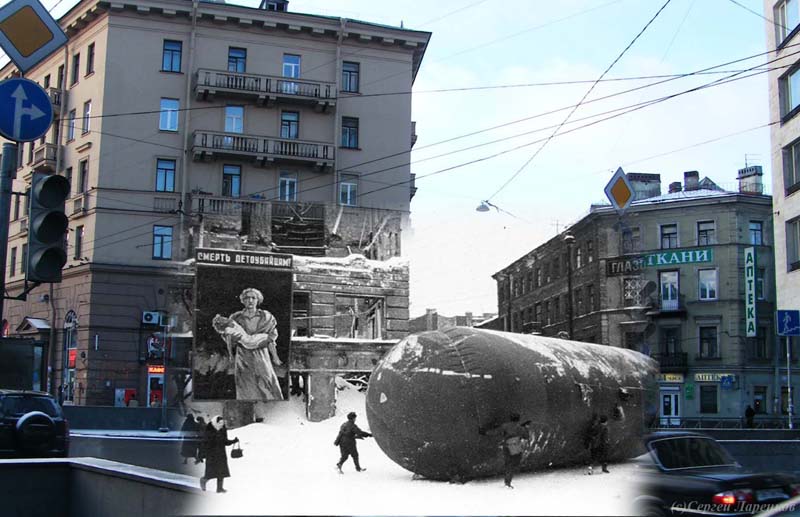 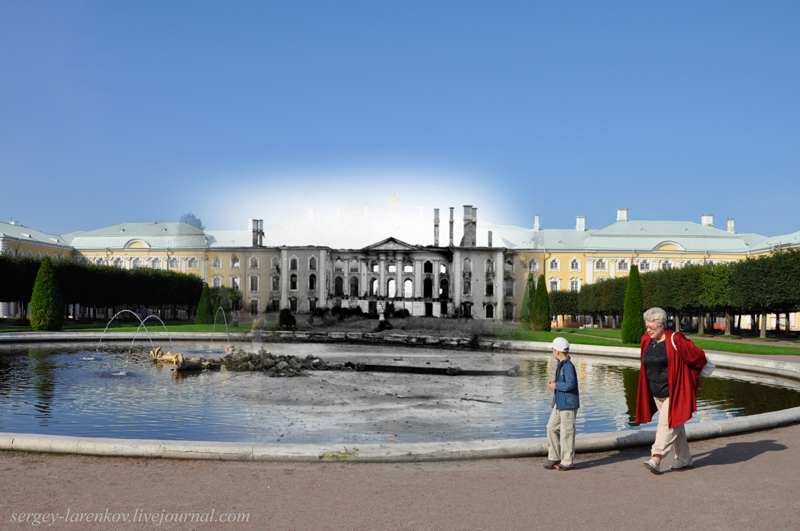 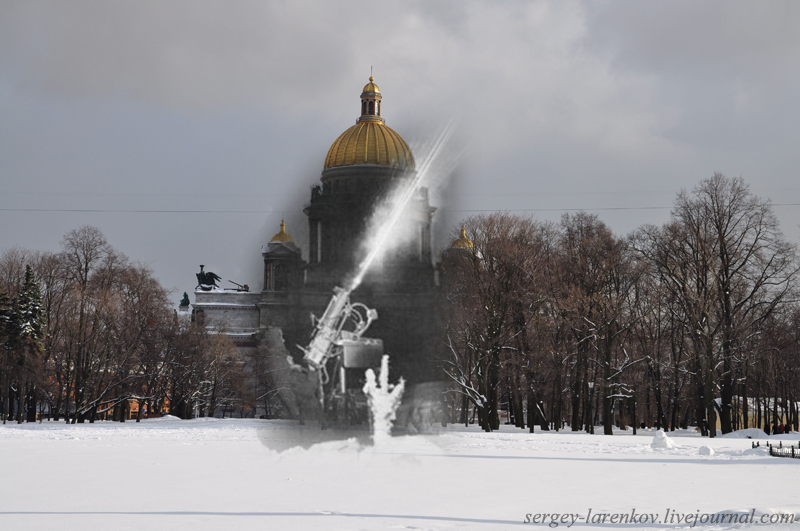 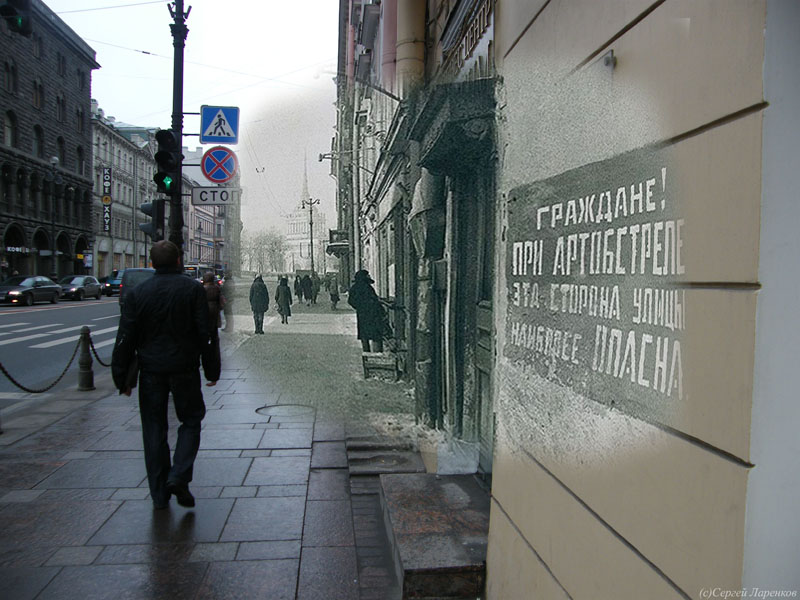 “Citizens! During artillery shelling this side of the street is especially dangerous!” 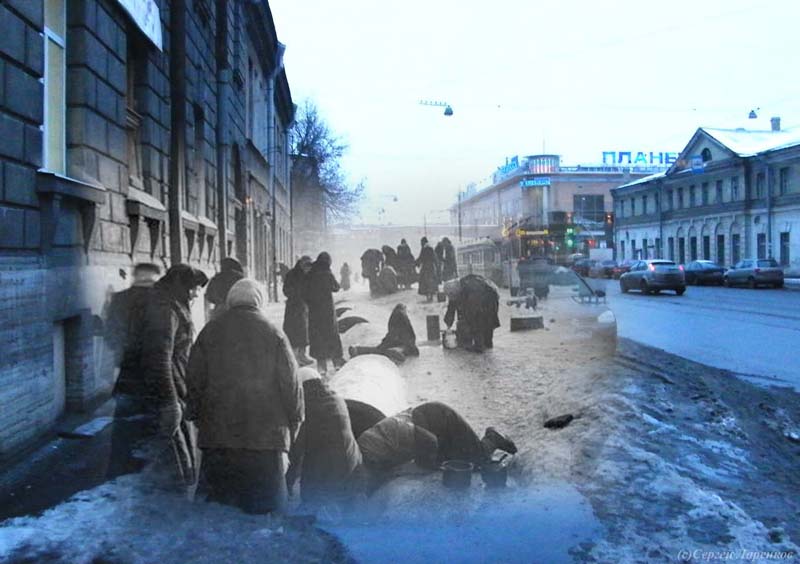 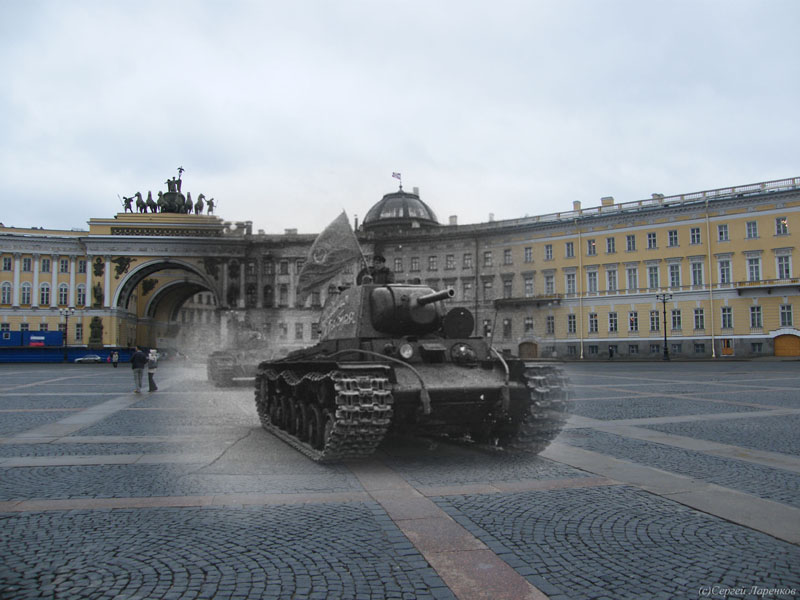 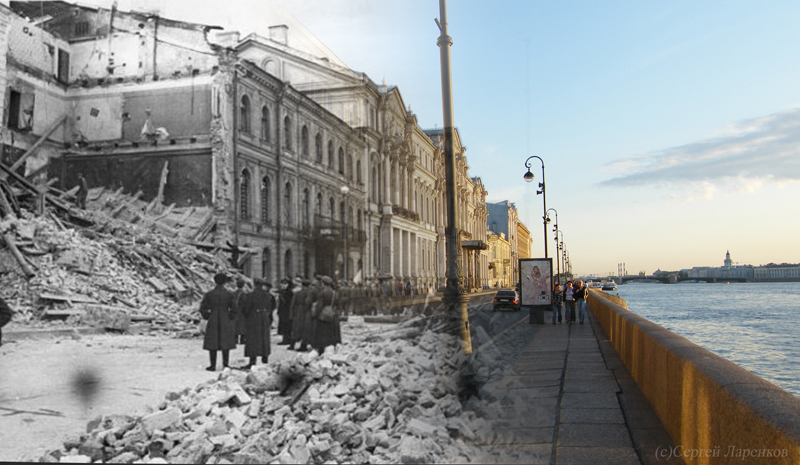