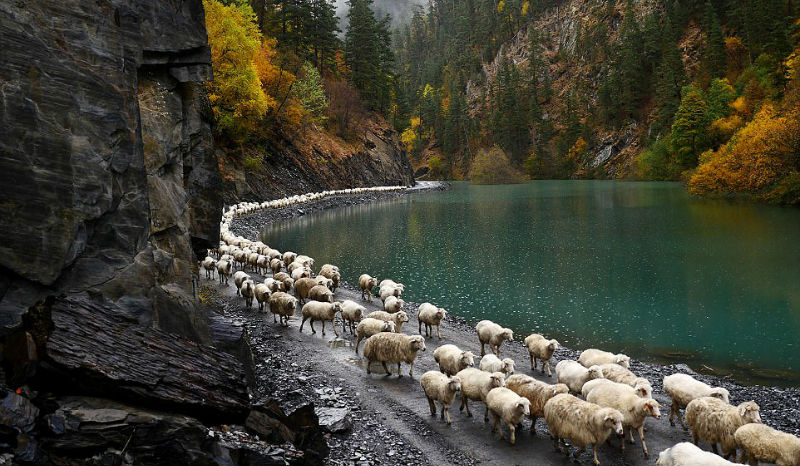 Life in the north-east of Georgia has not been changing for centuries. The region still has dangerous roads and unfavorable nature, the population of sheep is higher than the population of people. Each October several shepherds, risking their own life, lead the flock of sheep from the moutain peaks down to the valleys of Kakhetia. On the way they have to overcome the pass of Abano which is 2800 meters high, this place annually kills people and animals.

A photographer from New Zealand Amos Chapple wa following the shepherds for three days to take these wonderful photos. During this trip he had a road accident and replaced five tyres… 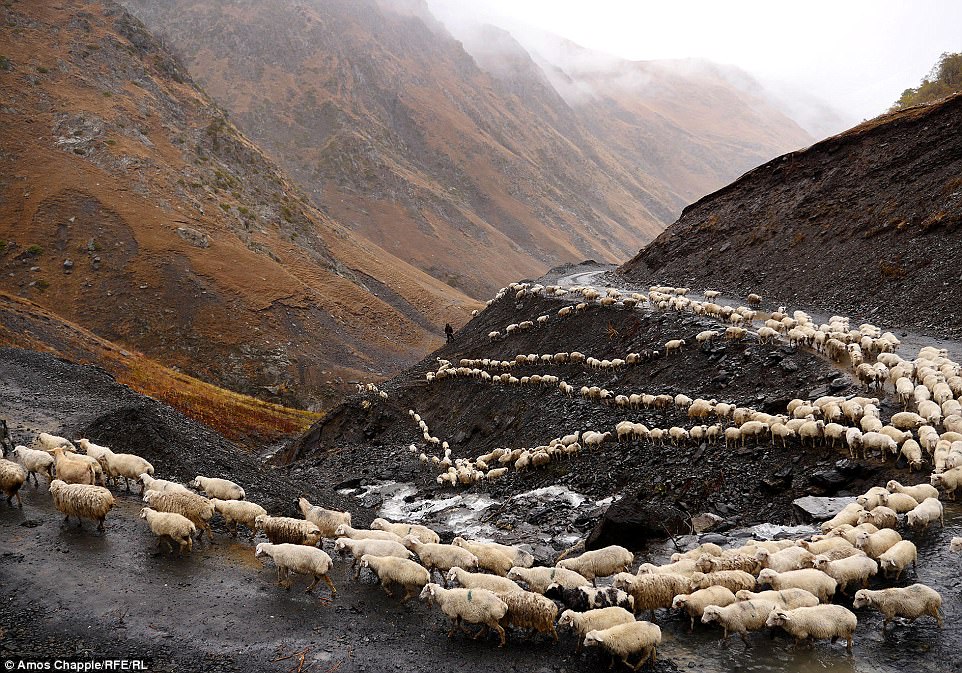 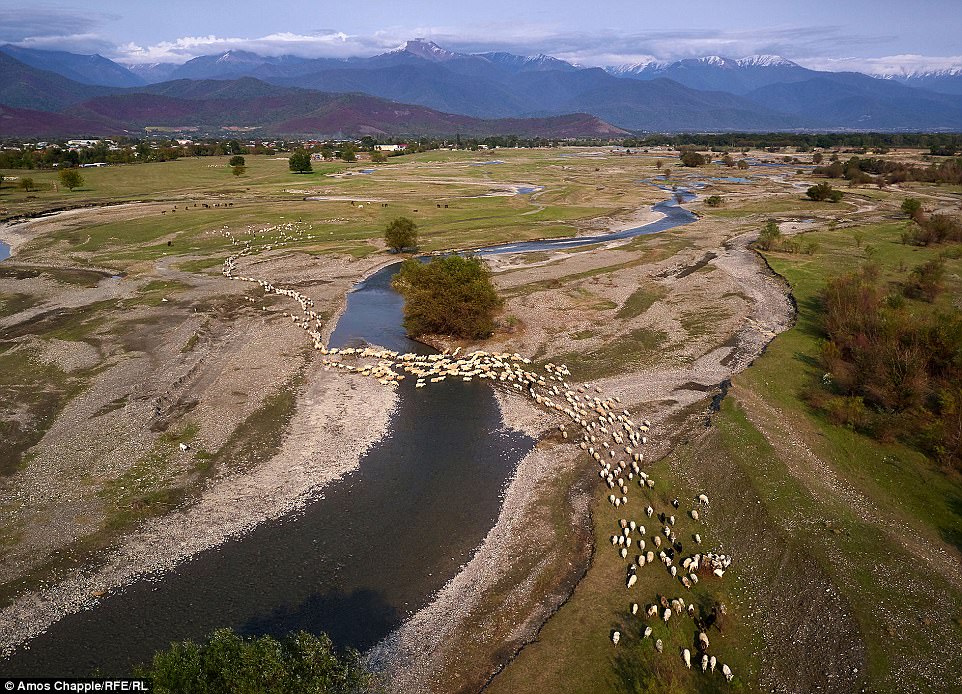 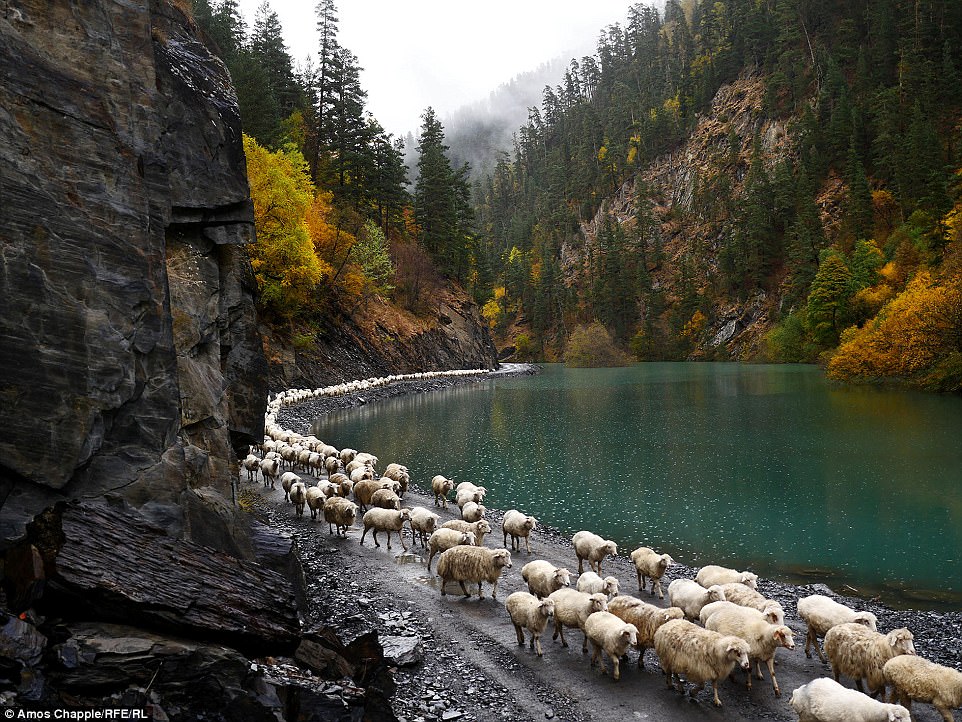 One of the wildest landscapes in Europe. 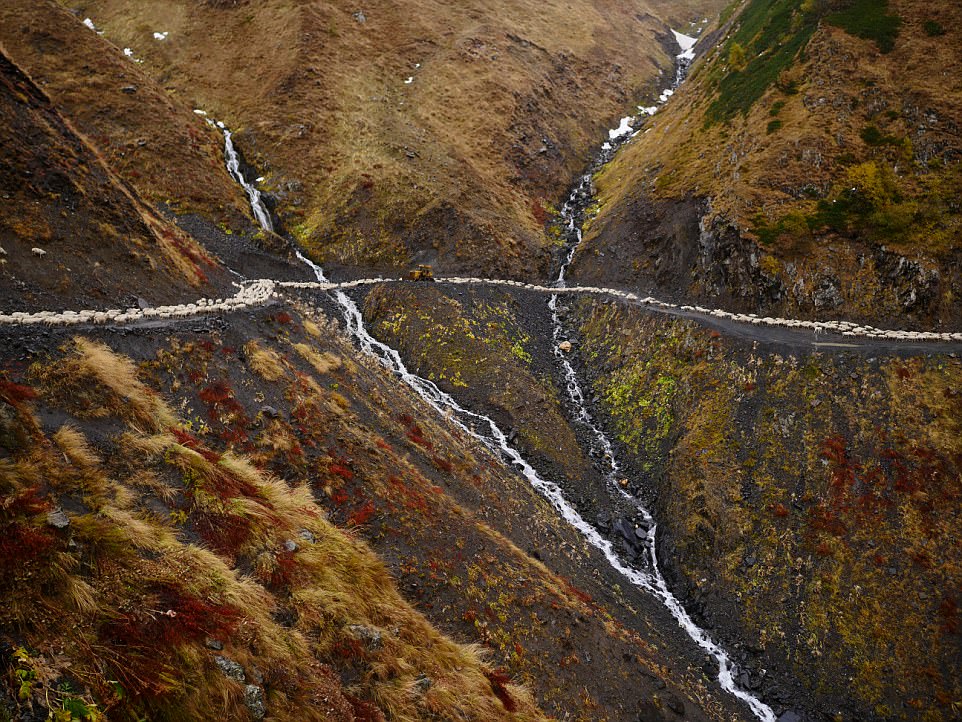 The flock meets a bulldozer. 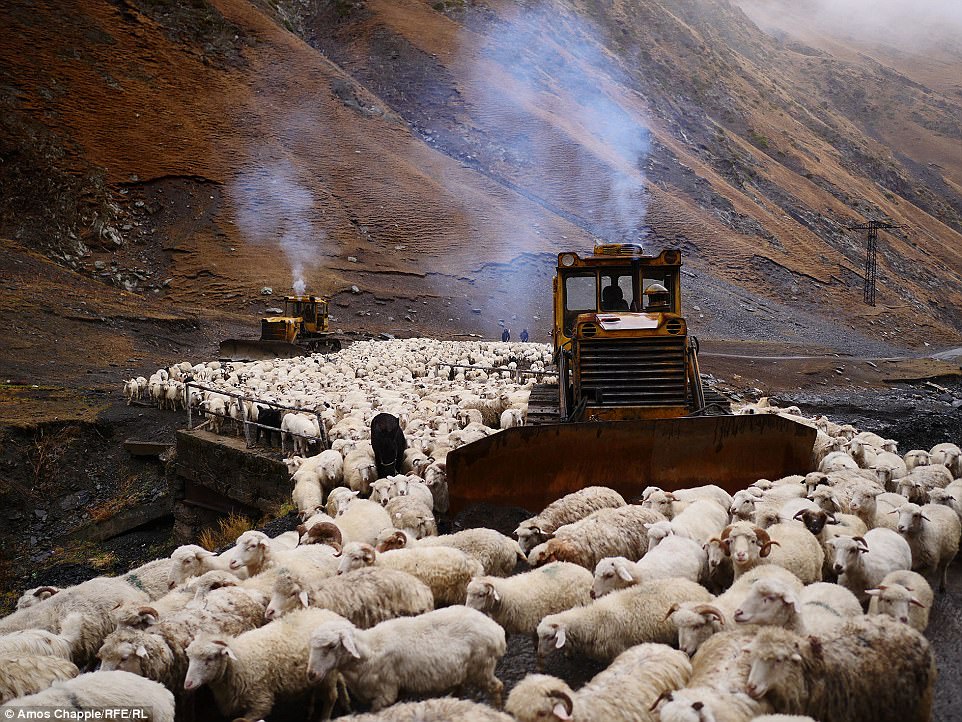 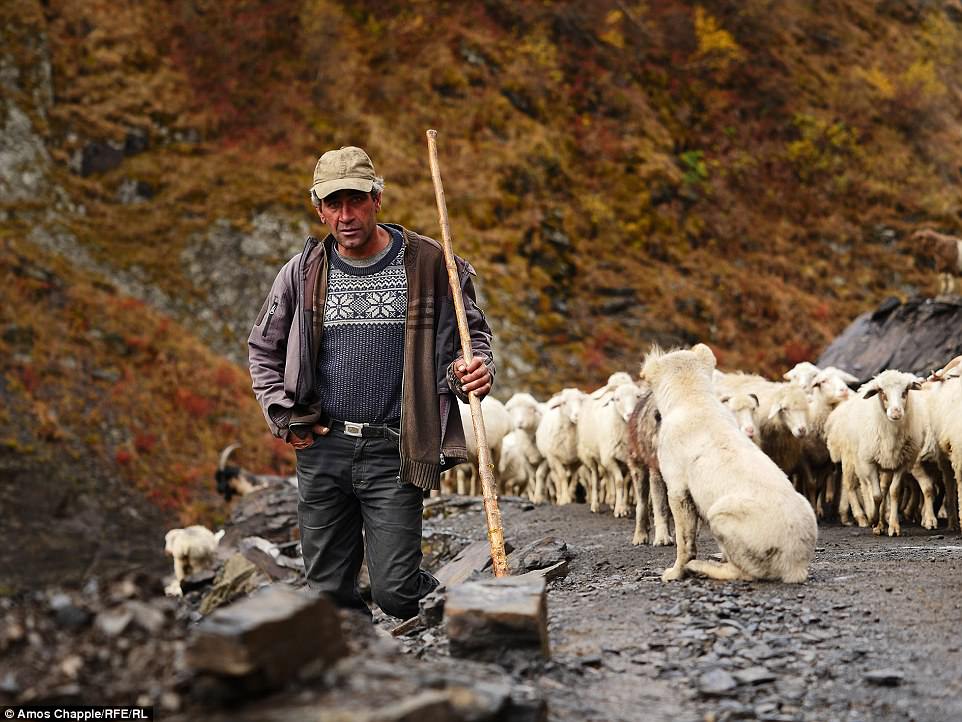 Dato Chkhareuli is one of the shepherds. 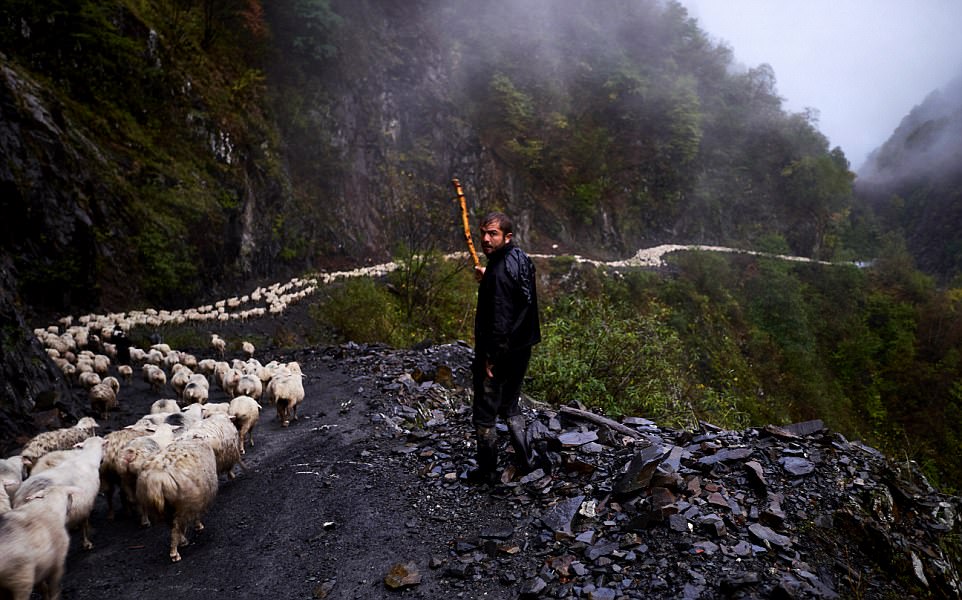 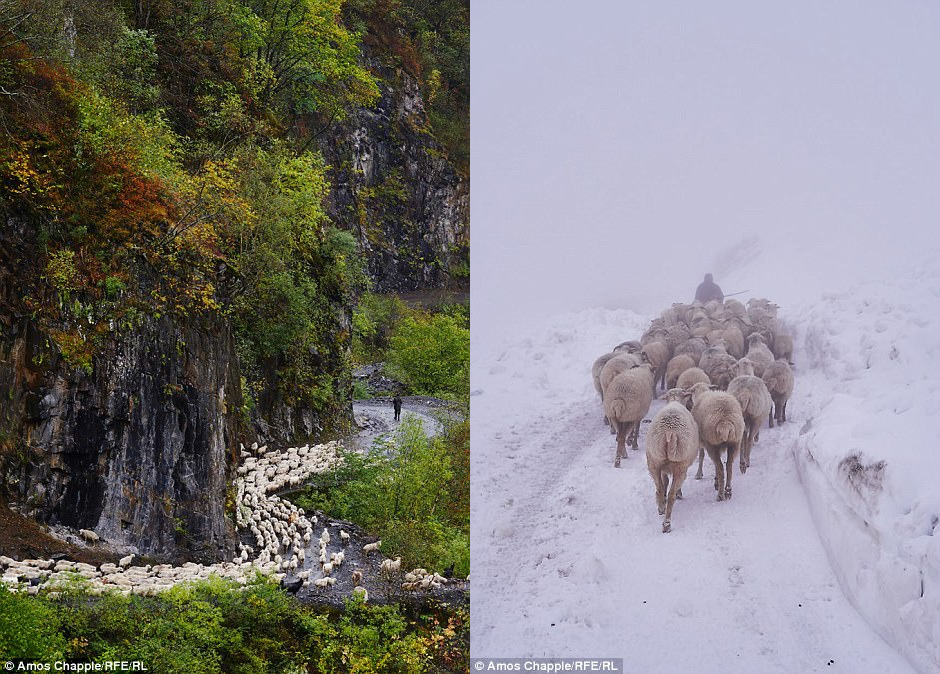 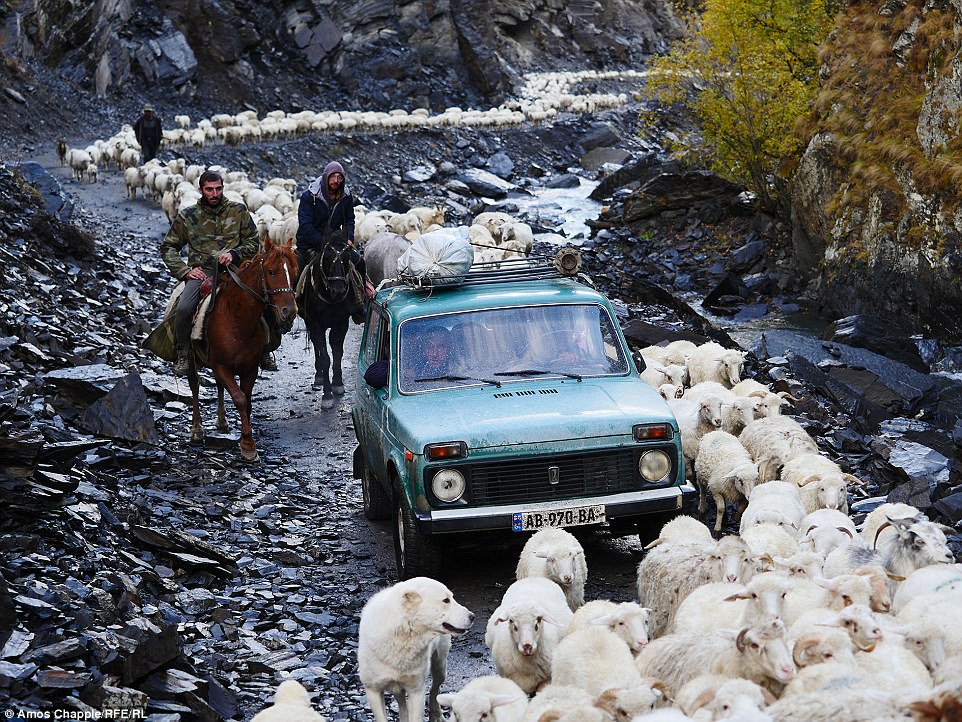 Driver of the photographer – Georgiy. 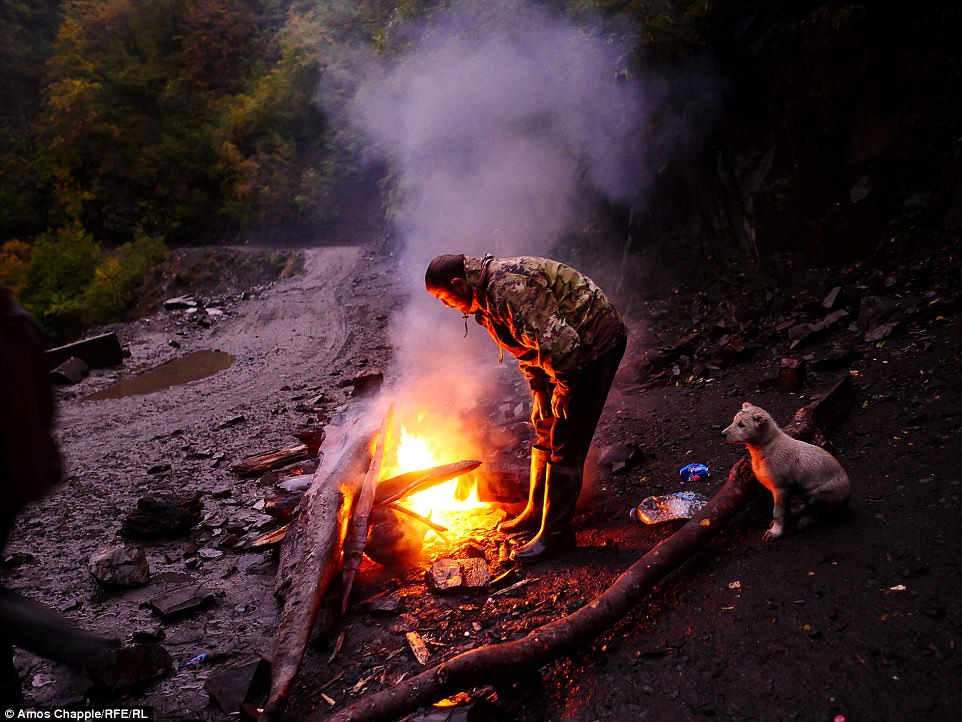 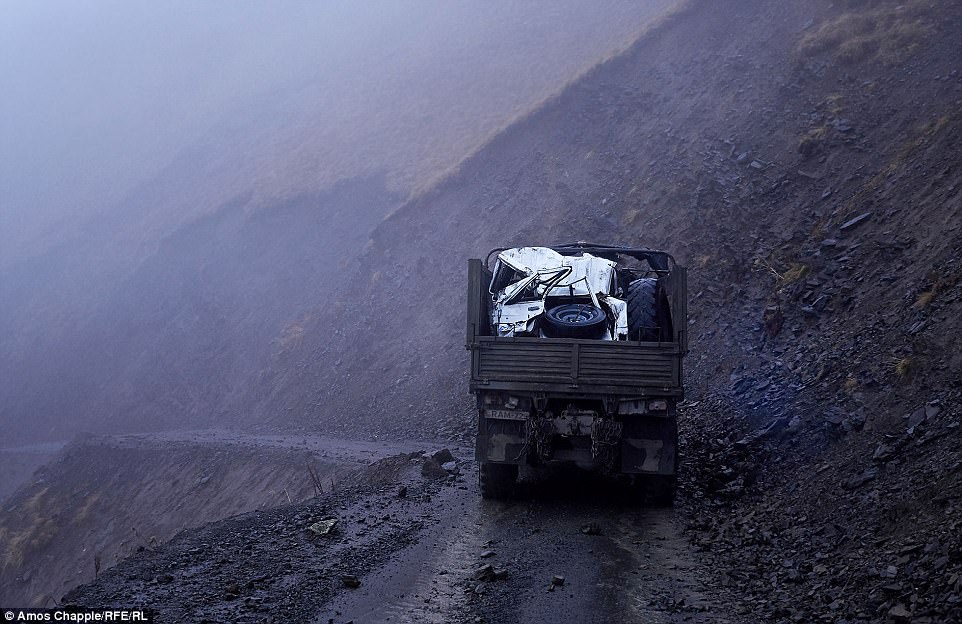 Road accidents are rather frequent here.