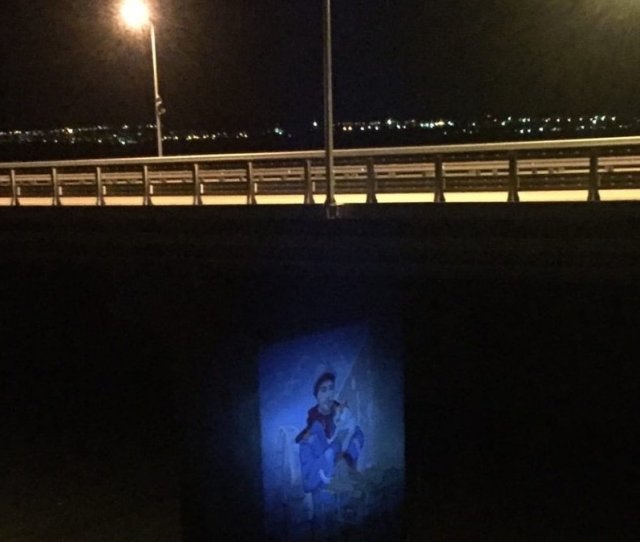 The Crimean bridge has got a huge piece of graffiti. And the picture is very cute. It will be seen by crews of ships sailing under the arch and train passengers travelling along the bridge. The unknown artist depicted a builder in blue work clothes and a red cat named “Mostik” (“Little Bridge”) in his hands. This furry cutie has become a real symbol and a talisman of the Crimean bridge. Users of social media estimated that the size of the graffiti is approximately 20 x 7 meters. 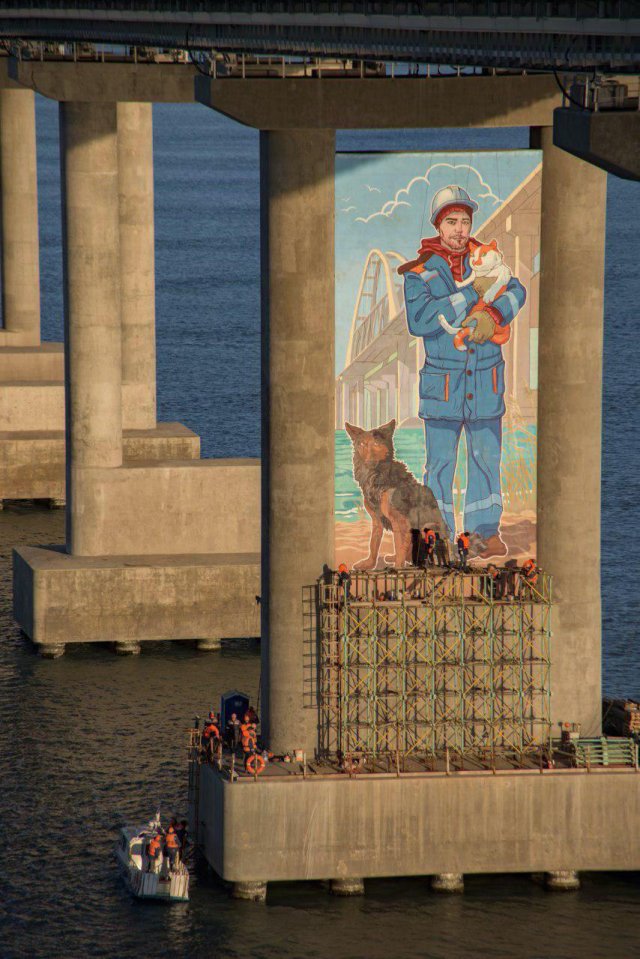 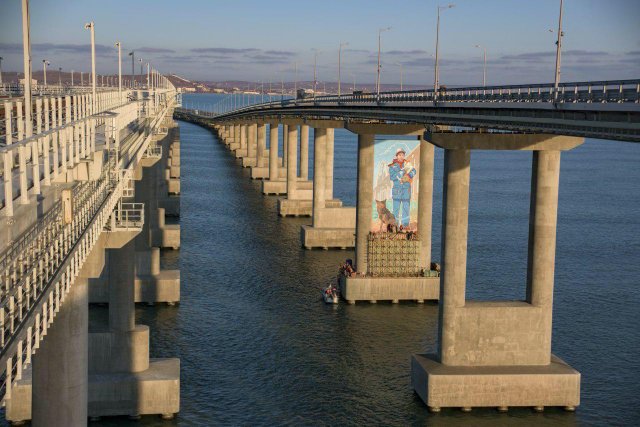