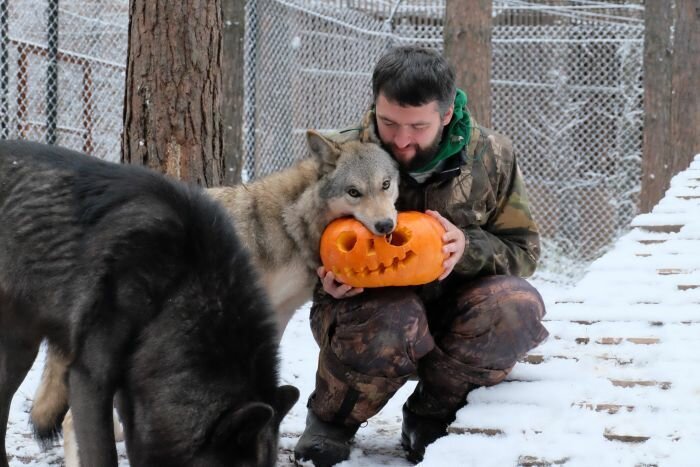 A businessman from Yekateriburg devoted his Instagram page to his favorite animals – wolves. And, yes, he keeps them at home. But Kirill Potapov does not consider them to be pets, he treats them as his family. 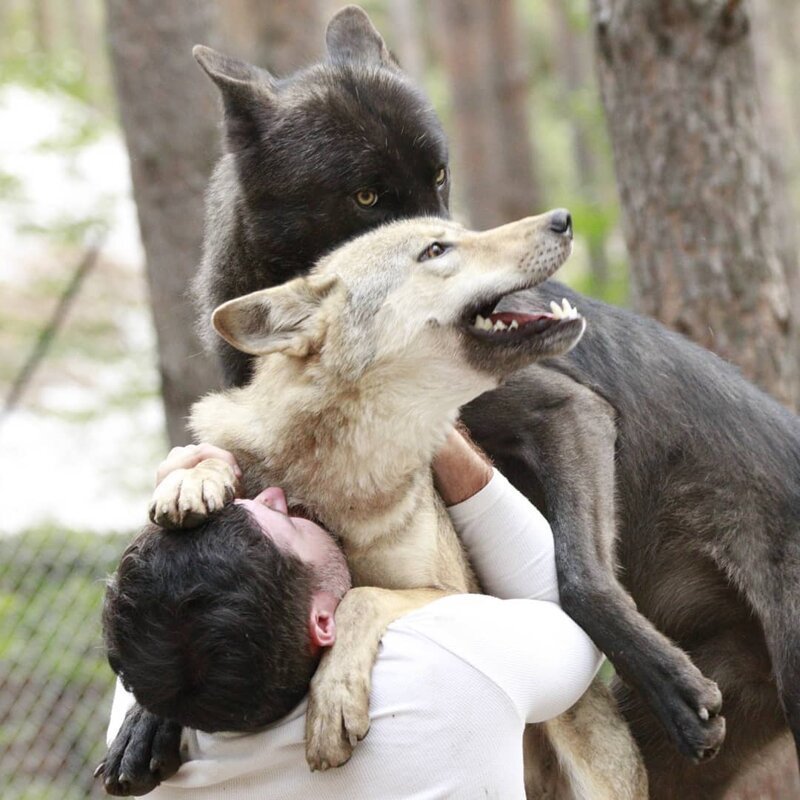 Kirill had always loved animals and always wanted to have some. His story with wolves began three years ago. 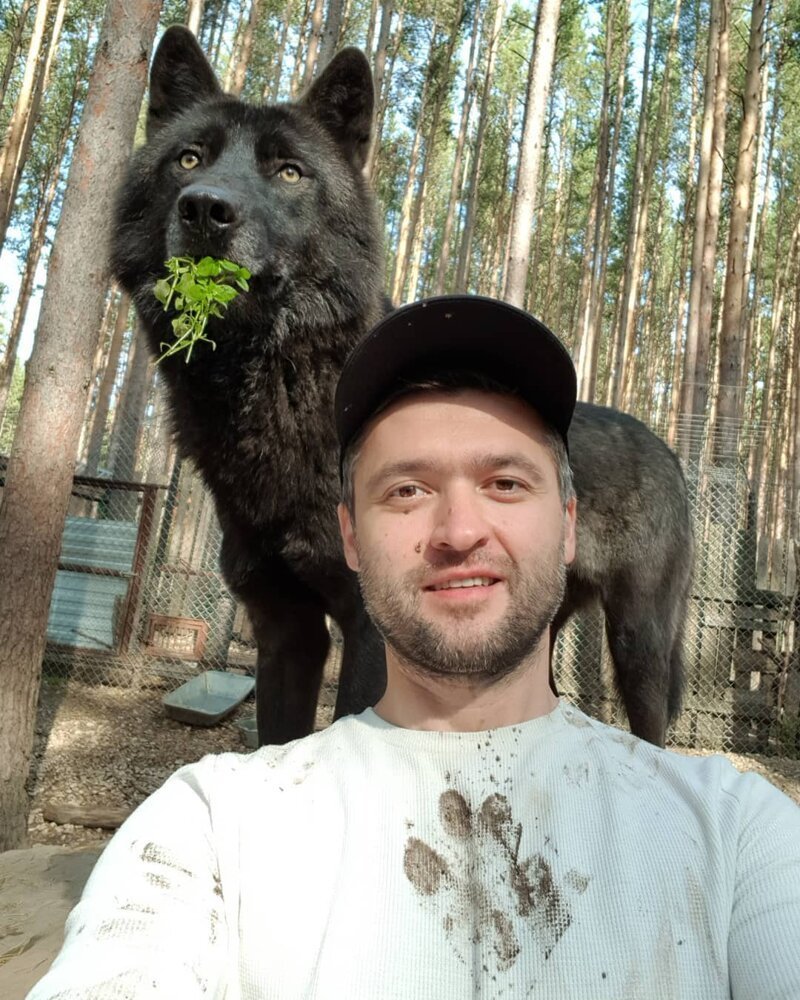 His first wolves – Alfa and Ugolyok – were sold by a private nursery. Little Raksha and Akela were taken from the Zoo where they had been living a terrible life in a small cage with the concrete floor. Now Kirill and the wolves are always together. 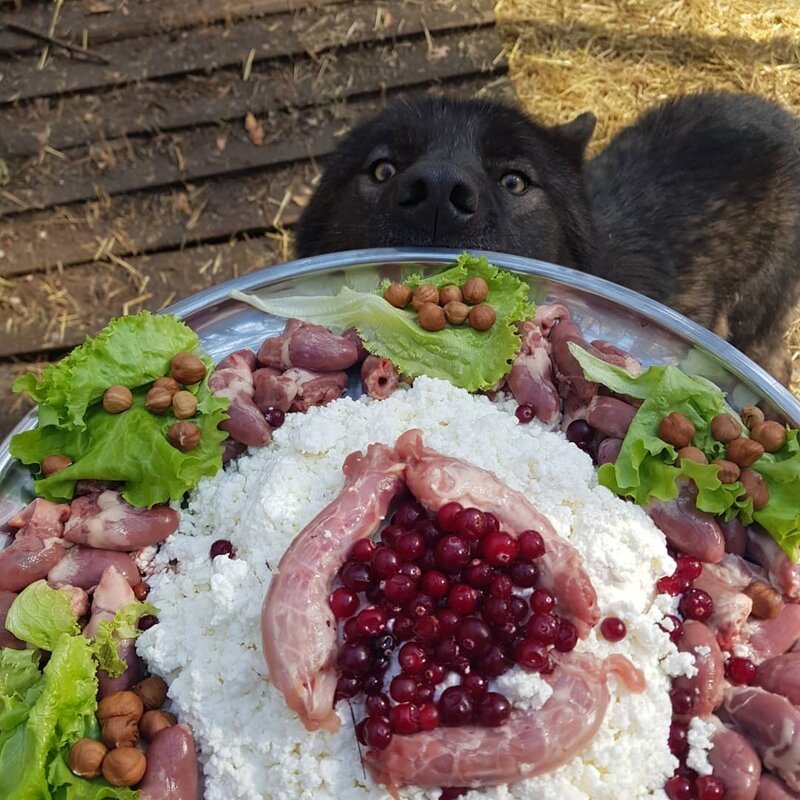 Kirill says he has managed to tame these wolves. It was not easy though. 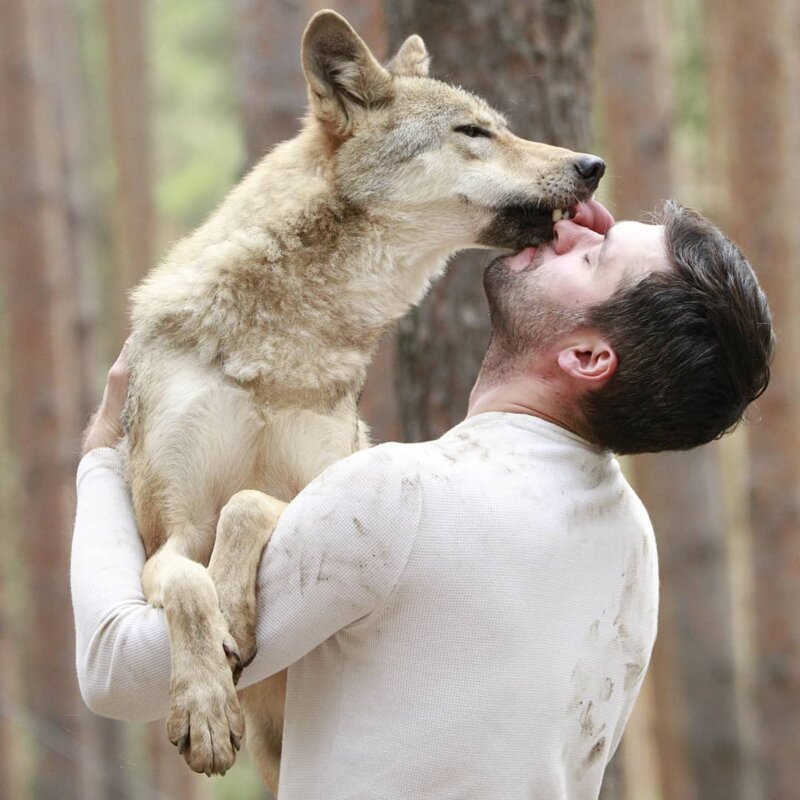 He described his efforts and days in the company of wolves in his Instagram and soon noticed the number of followers began to grow rapidly. Foreigners have been showing even more interest than compatriots. 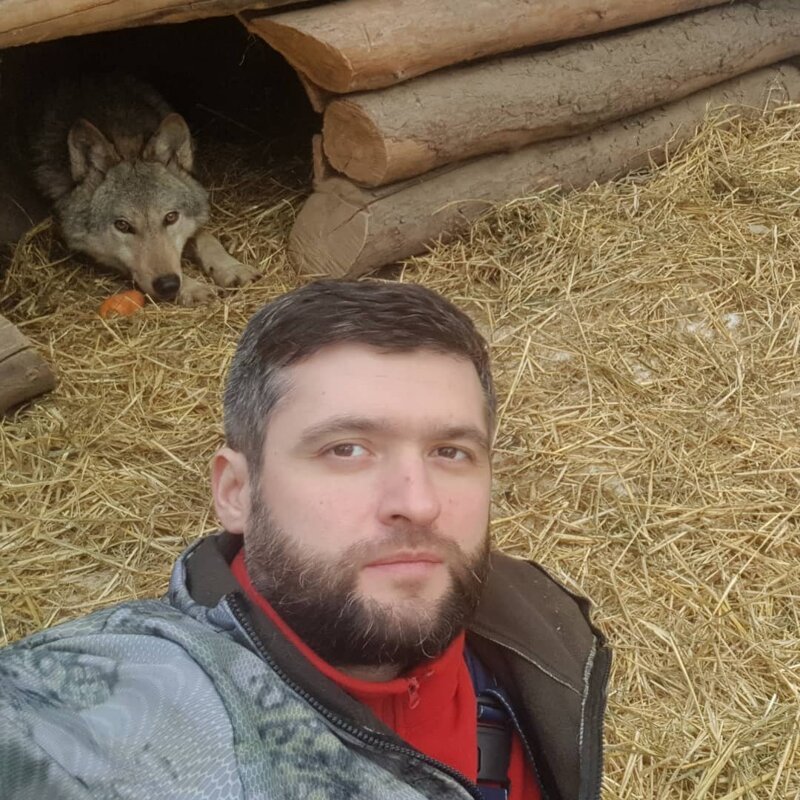 Kirill is sure that he has reached the highest level of trust possible between a man and wolves. A man can live with wolves – it’s a proven fact, but, nonetheless, there aren’t many people who dare to stay next to them and take meat from their jaws as Kirill does it. 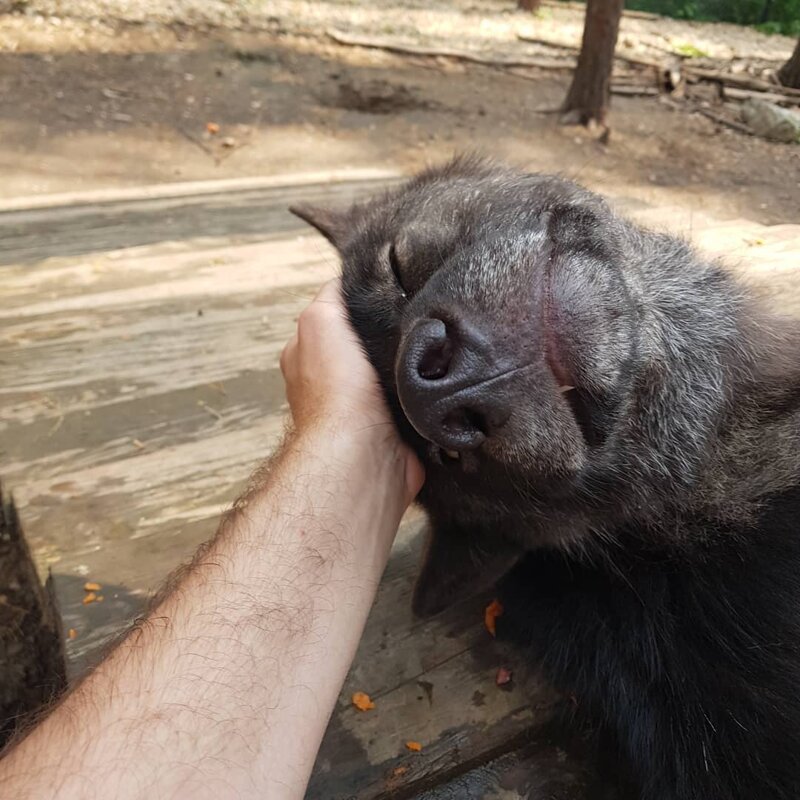 Kirill says that wolves are smart and very emotional, he can easily see when they are happy, angry or sad. 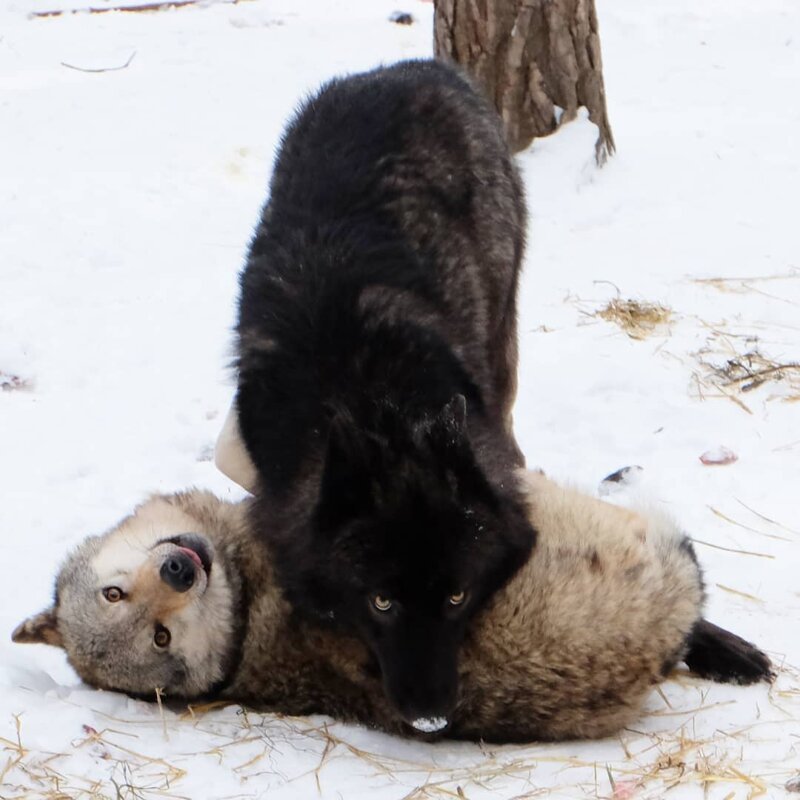 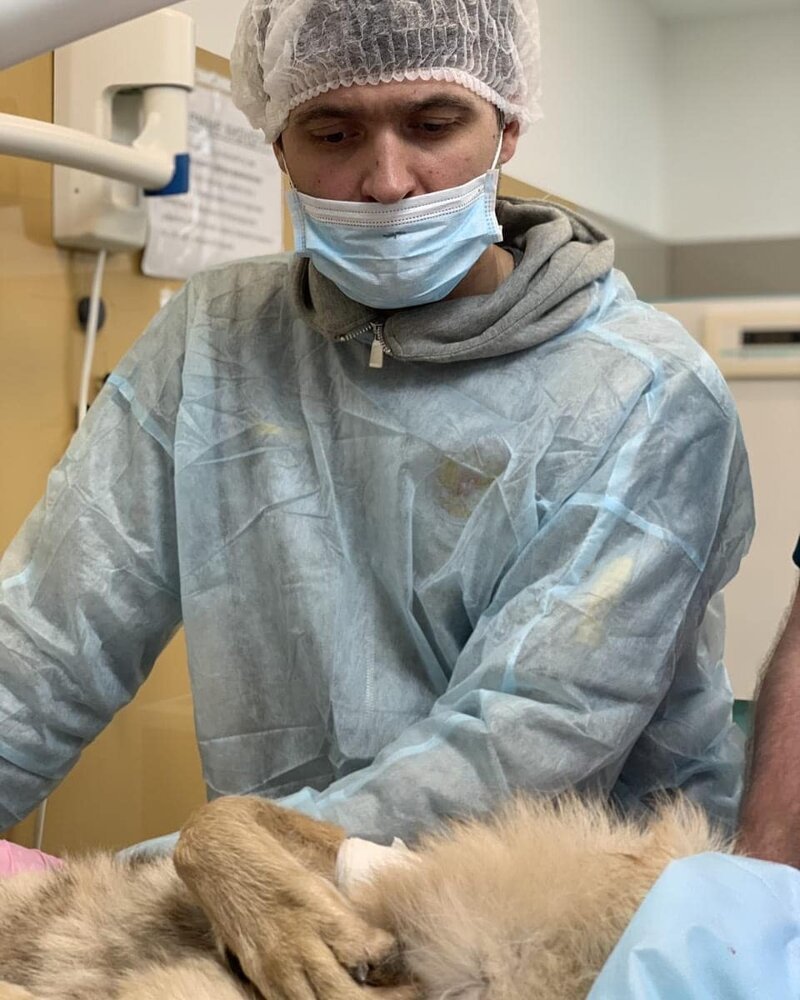 First cubs of Alfa were born half a year ago. Kirill was by her side. 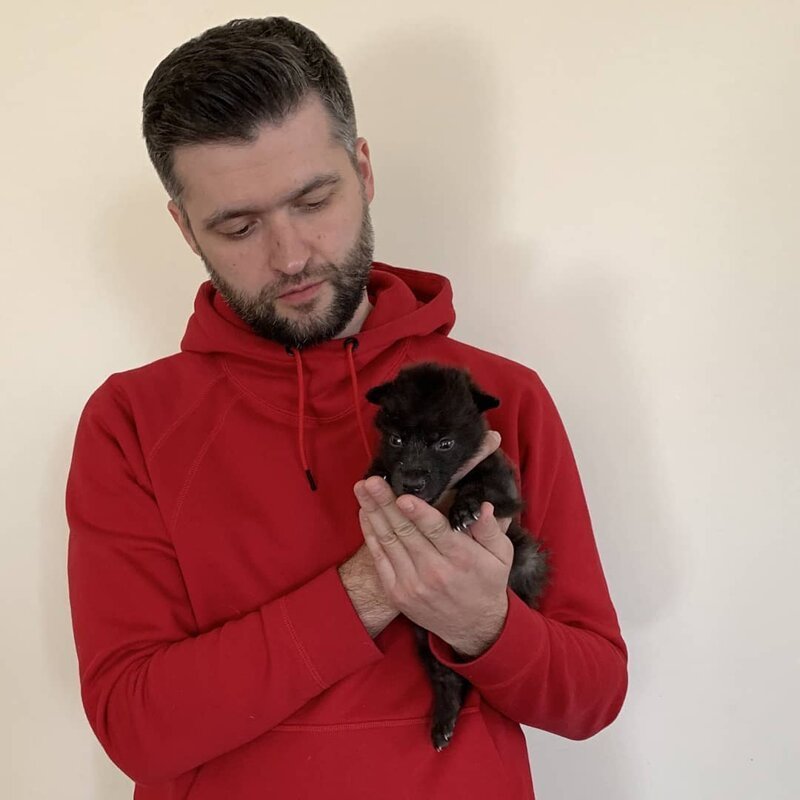 Unfortunately, only one cub out of six could survive. He named her Vita – “Life”. 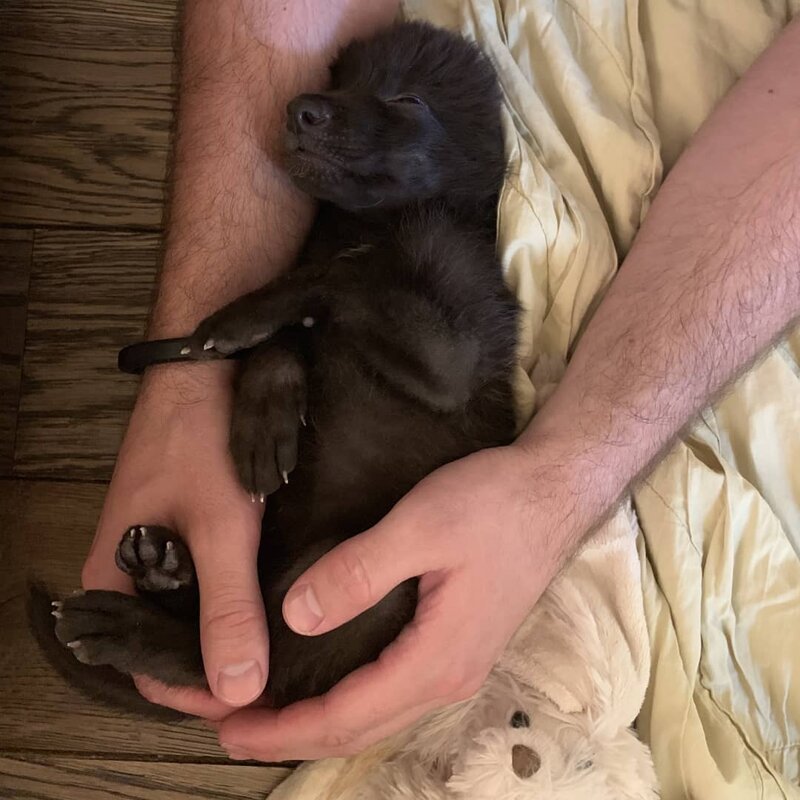 Kirill does not think that wolves are dangerous. These animals are frightened by men more than men are scared by them. 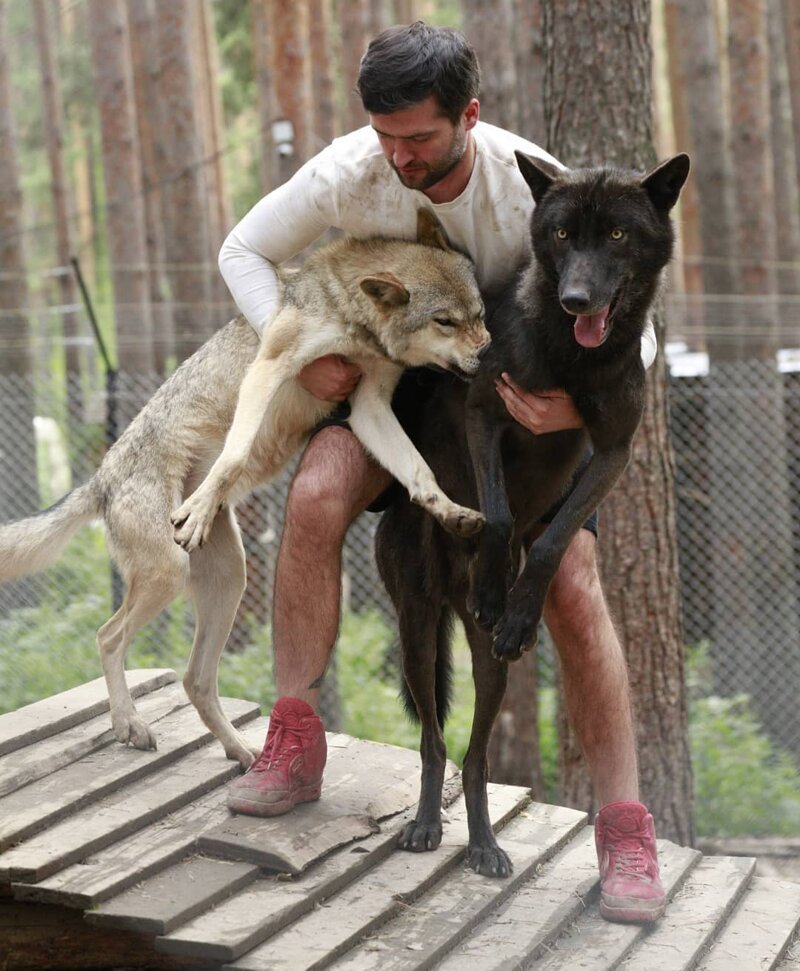 Kirill has already presented a collection of clothes with wolf symbols. He has many other plans for implementation. To release a collection of ringtones “Wolf Opera”, for example. As for now, he’s writing a book about wolves for children. And he often repeats there – “Wolves come to stay till the end of their lives”. Maybe, Kirill is already half-wolf himself.