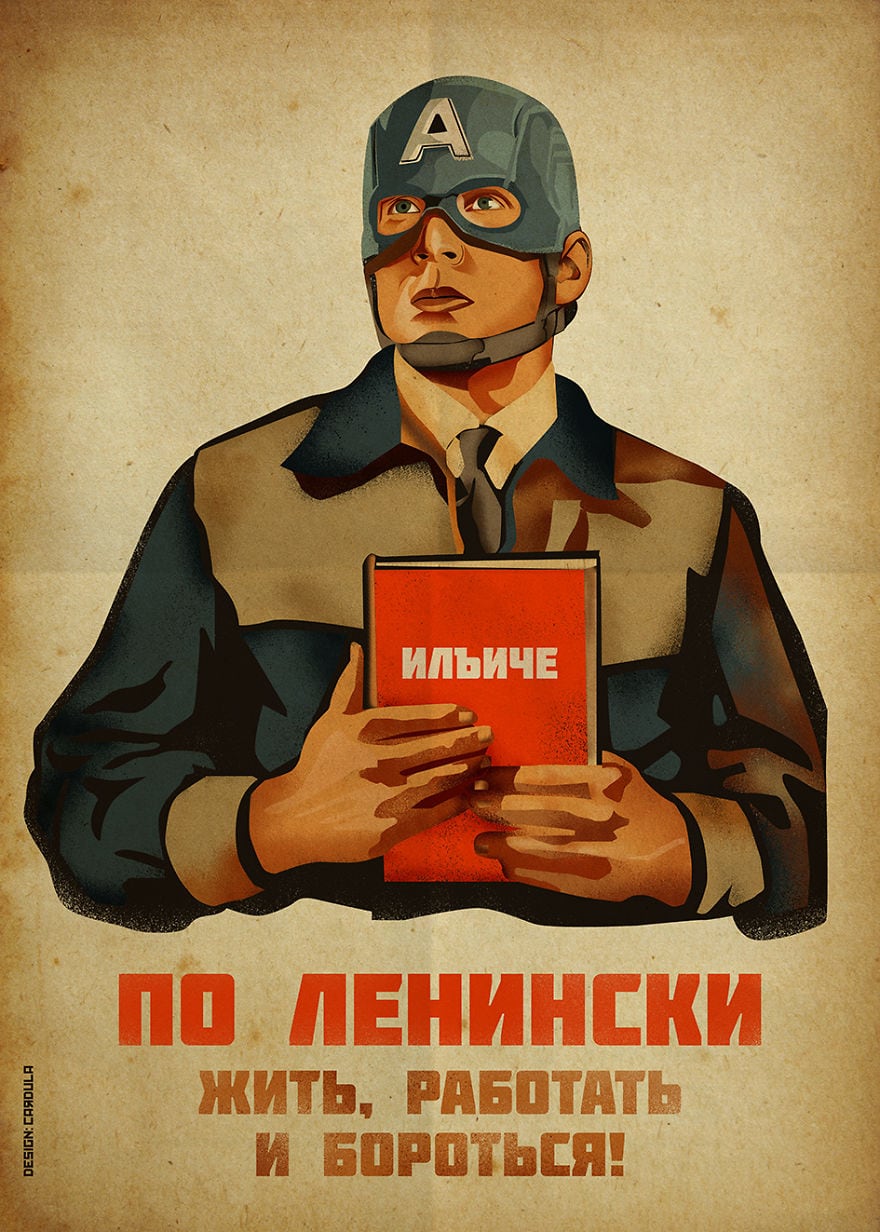 A Macedonian designer whose name is Zoki Cardula has conducted an art experiment and combined Soviet posters and images of popular comic books. The result is rather interesting. For example, Hulk has become an ardent opponent of alcohol while captain America is honoring the instructions of Vladimir Lenin. So let’s check out how comic book heroes would look like if they lived in the USSR. 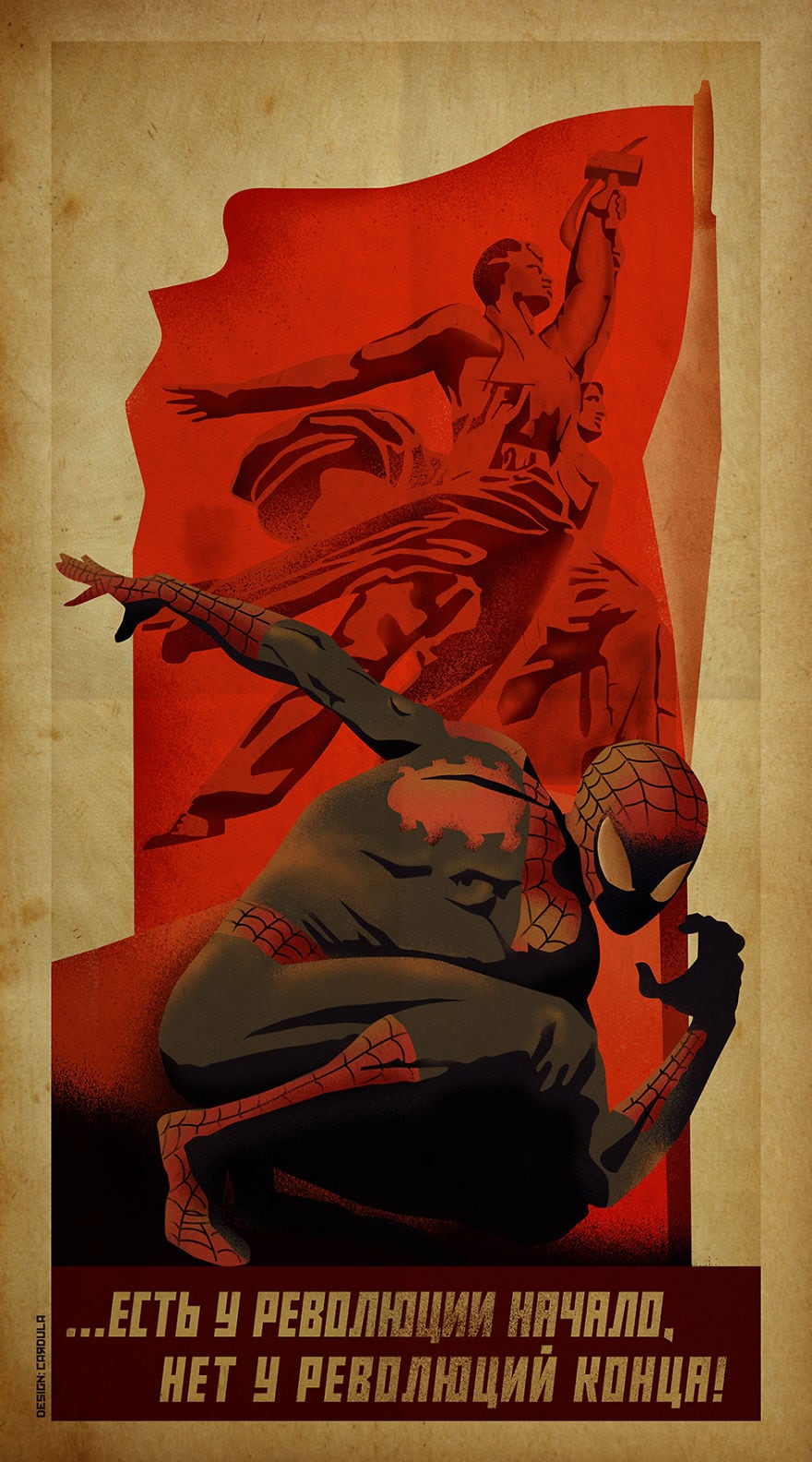 “… the revolution has a beginning but has no end!” 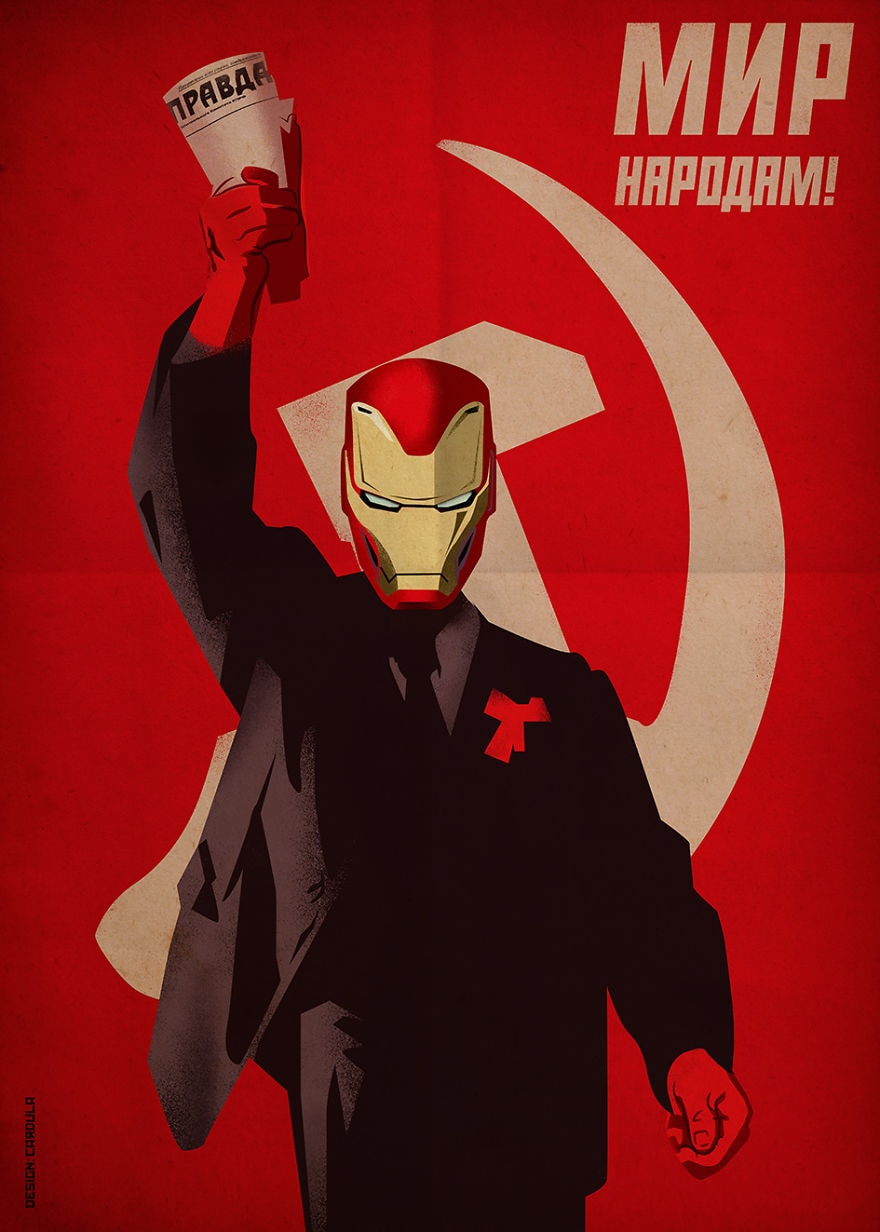 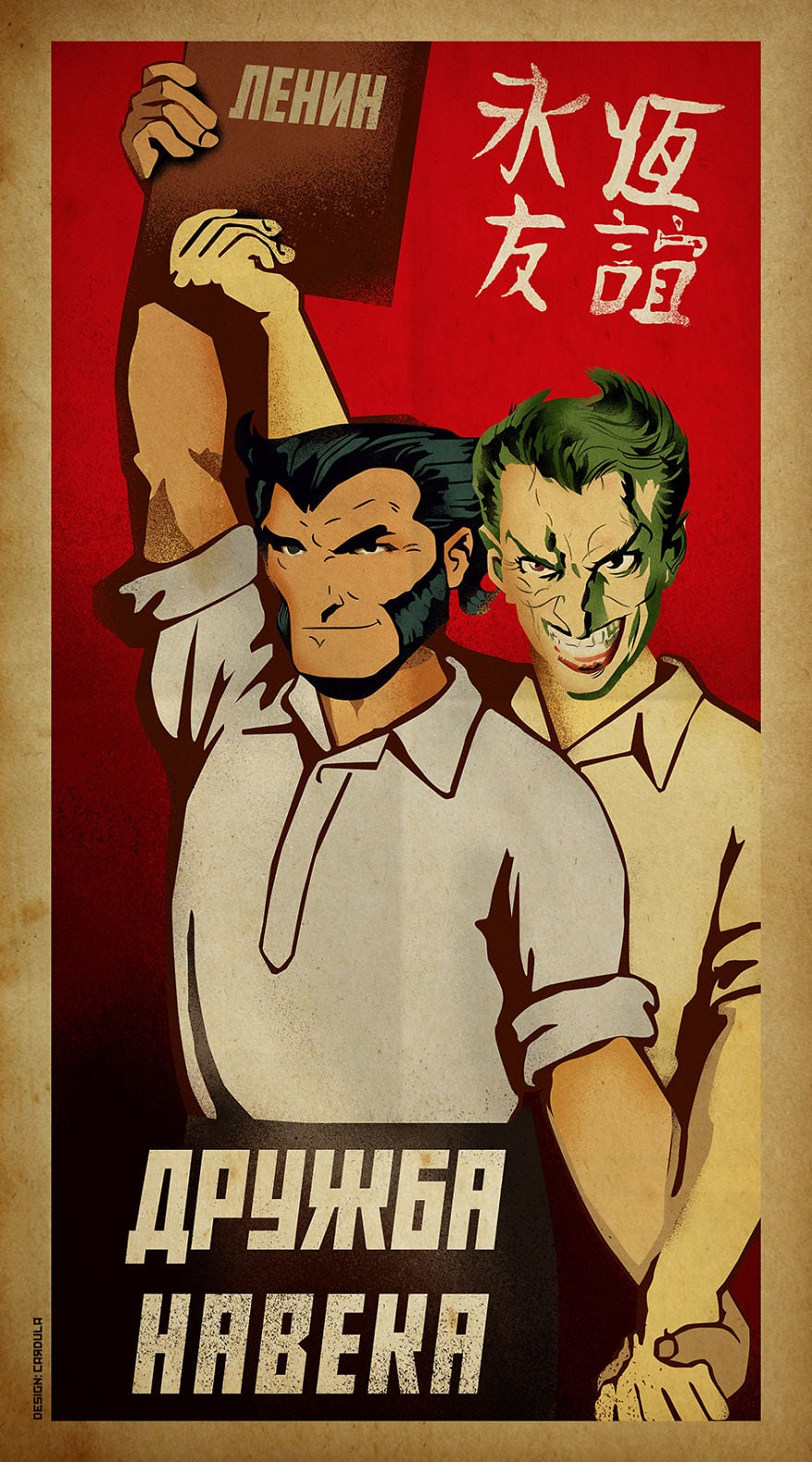 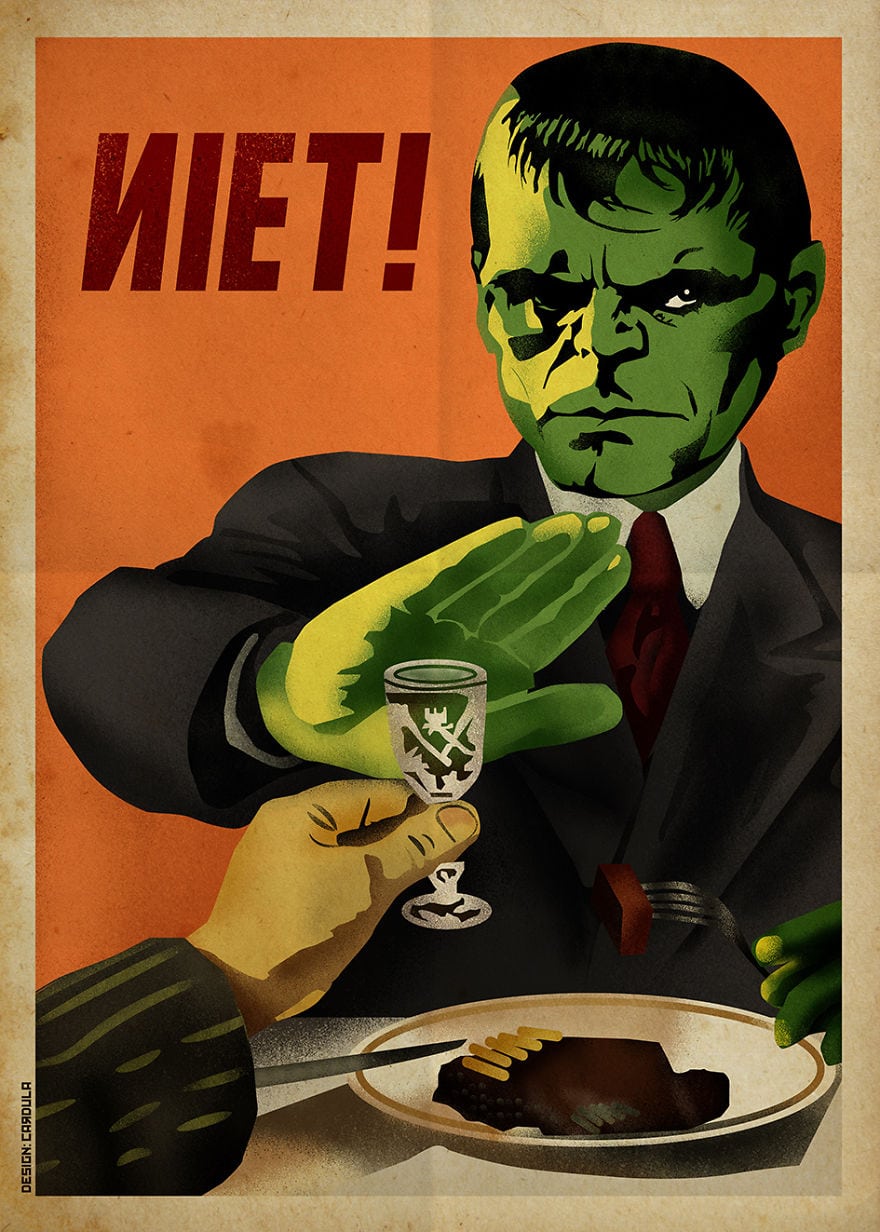 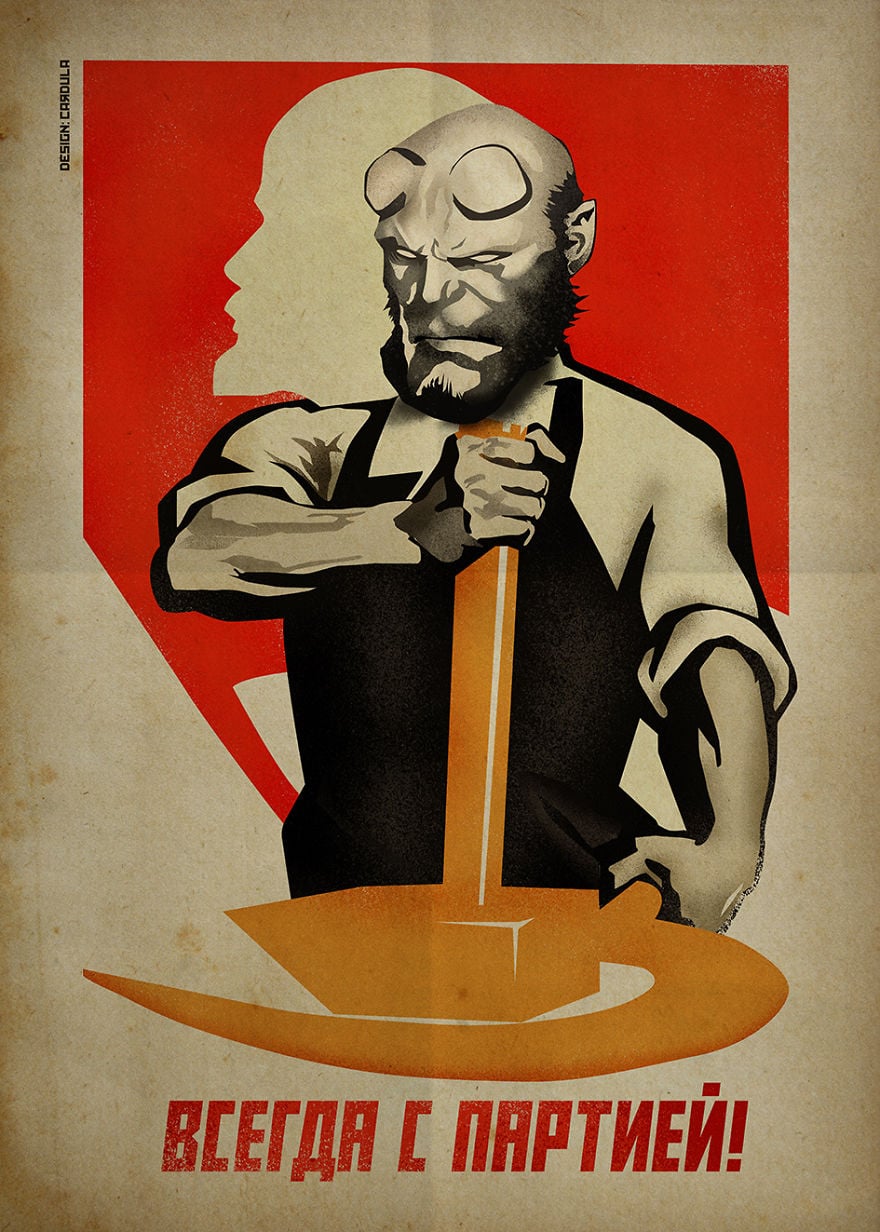 “Always with the party!” 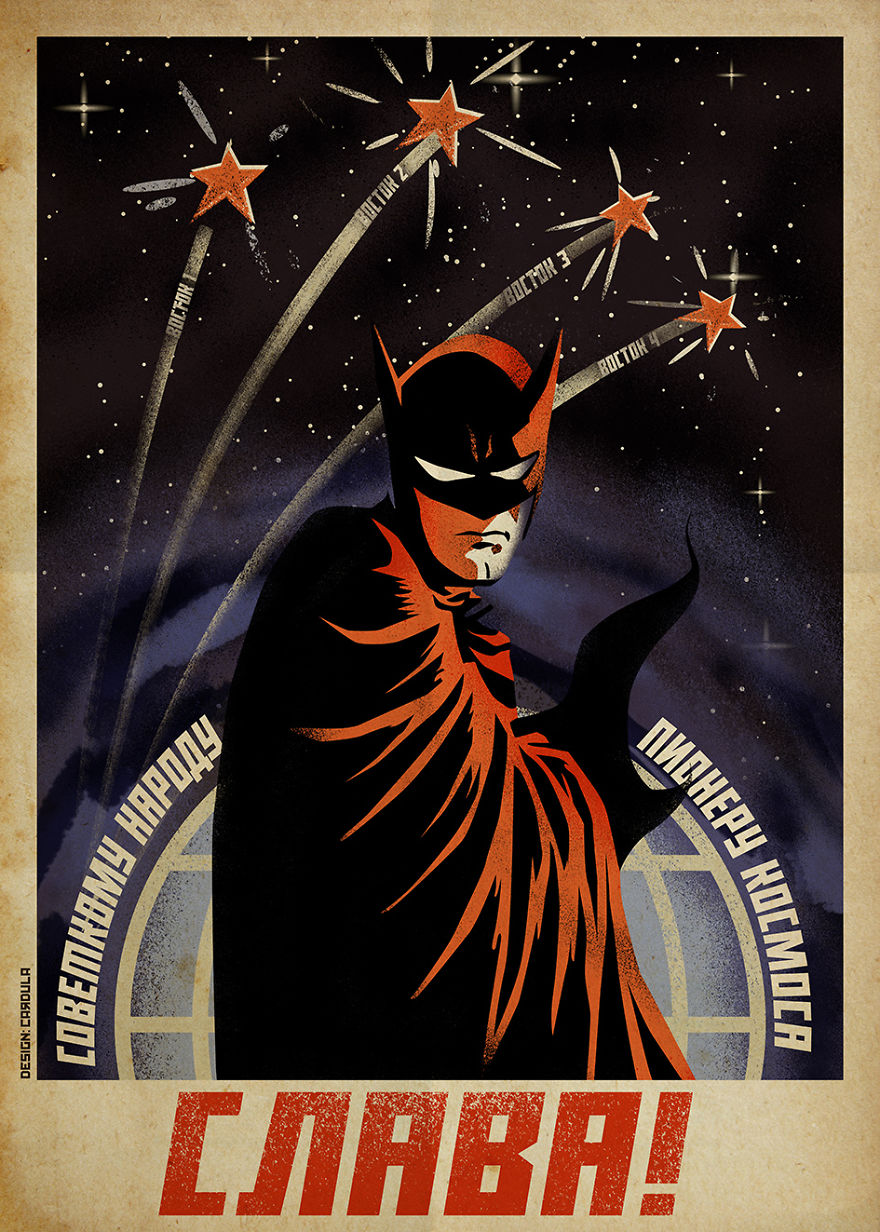 “Glory to the Sovient people – pioneers in space!” 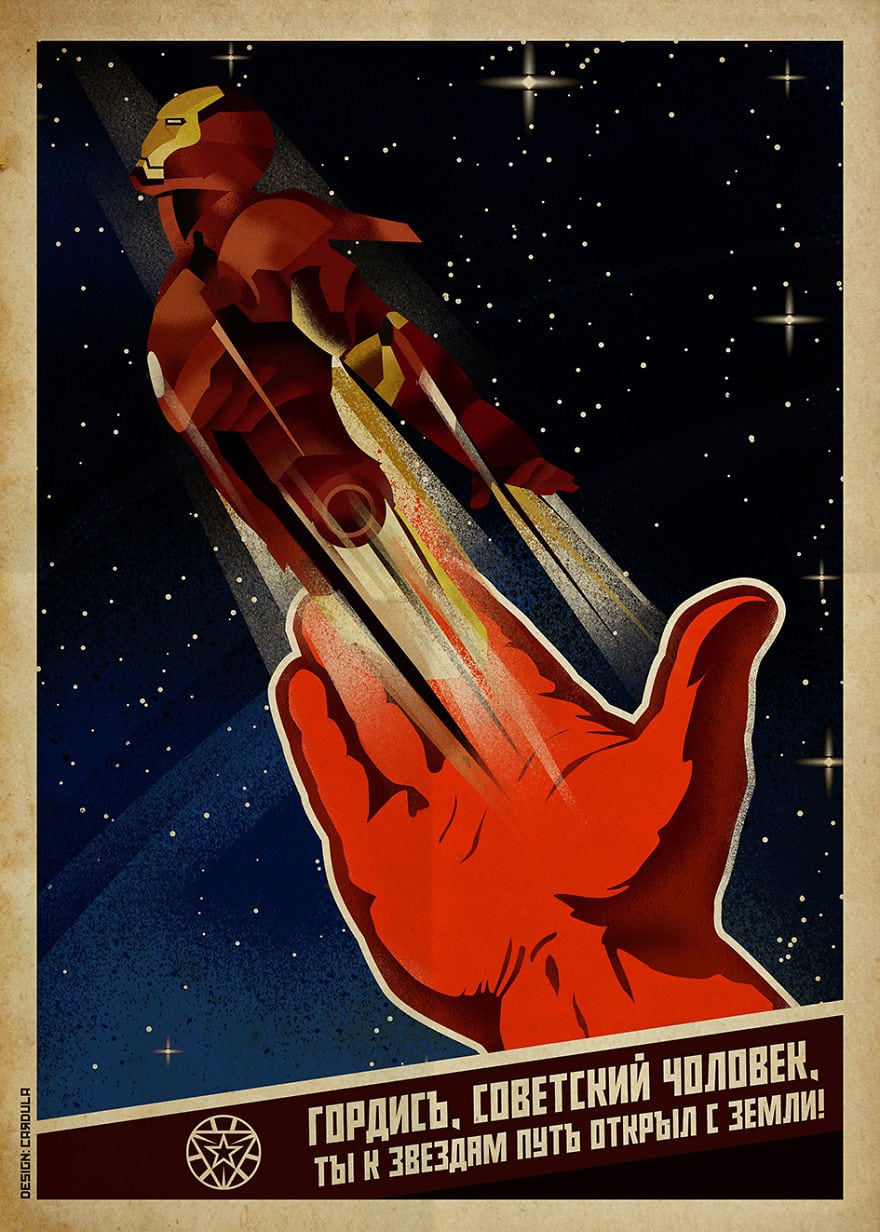 “Be proud, Soviet man! You have opened the way to the stars from the Earth!” 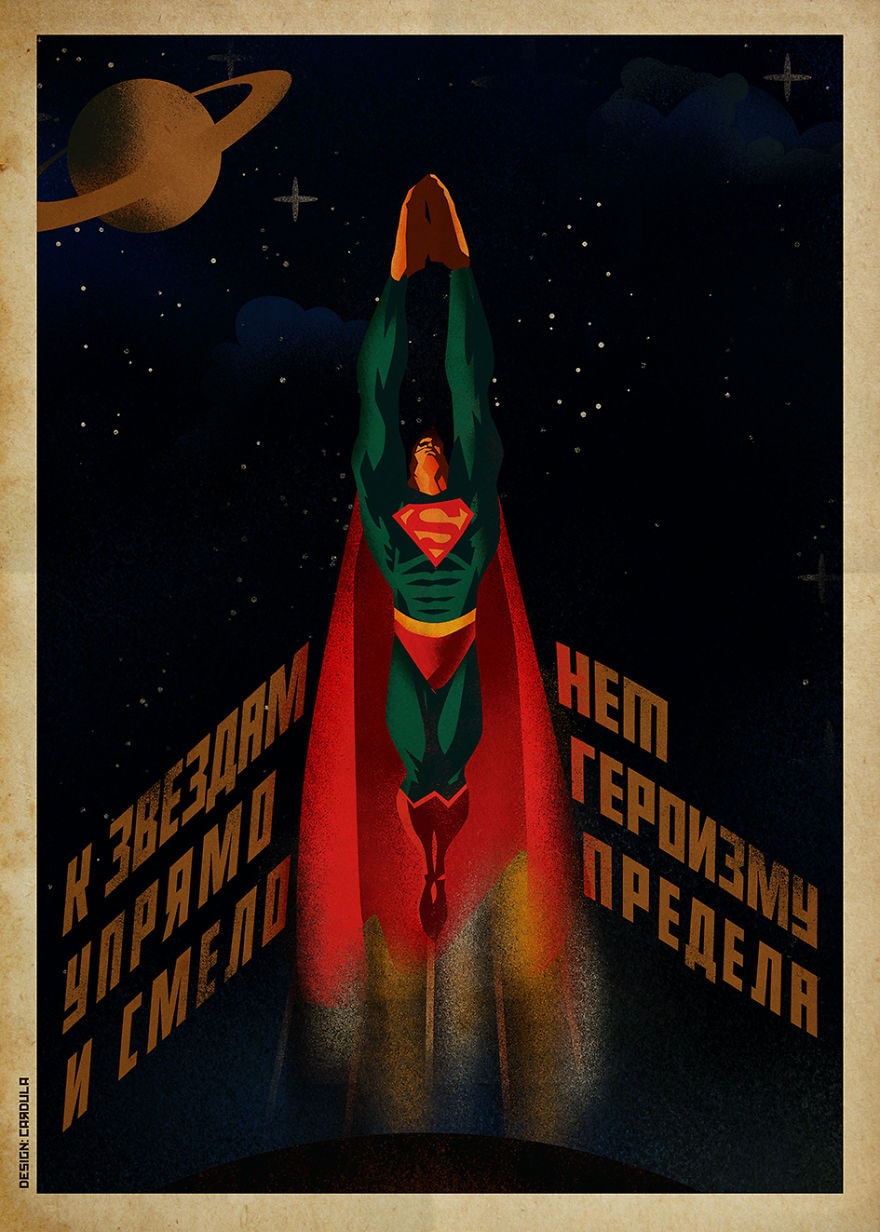 “Right to the stars willfully and courageously! There is no limit to heroism!”

3 thoughts on “Heroes From Comic Books On Soviet Posters”