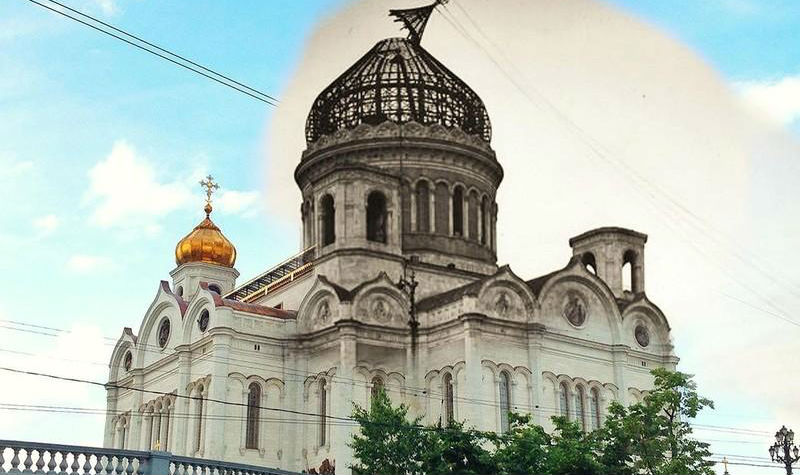 An animator from Moscow Konstantin Konovalov, when he has free time, ccupies himself with a photoproject “Two Moscows” devoted to the historical image of the city. He combines photos of modern Moscow and its old images. He makes all photos with help of an iPad and combines them with old ones with the same gadget. 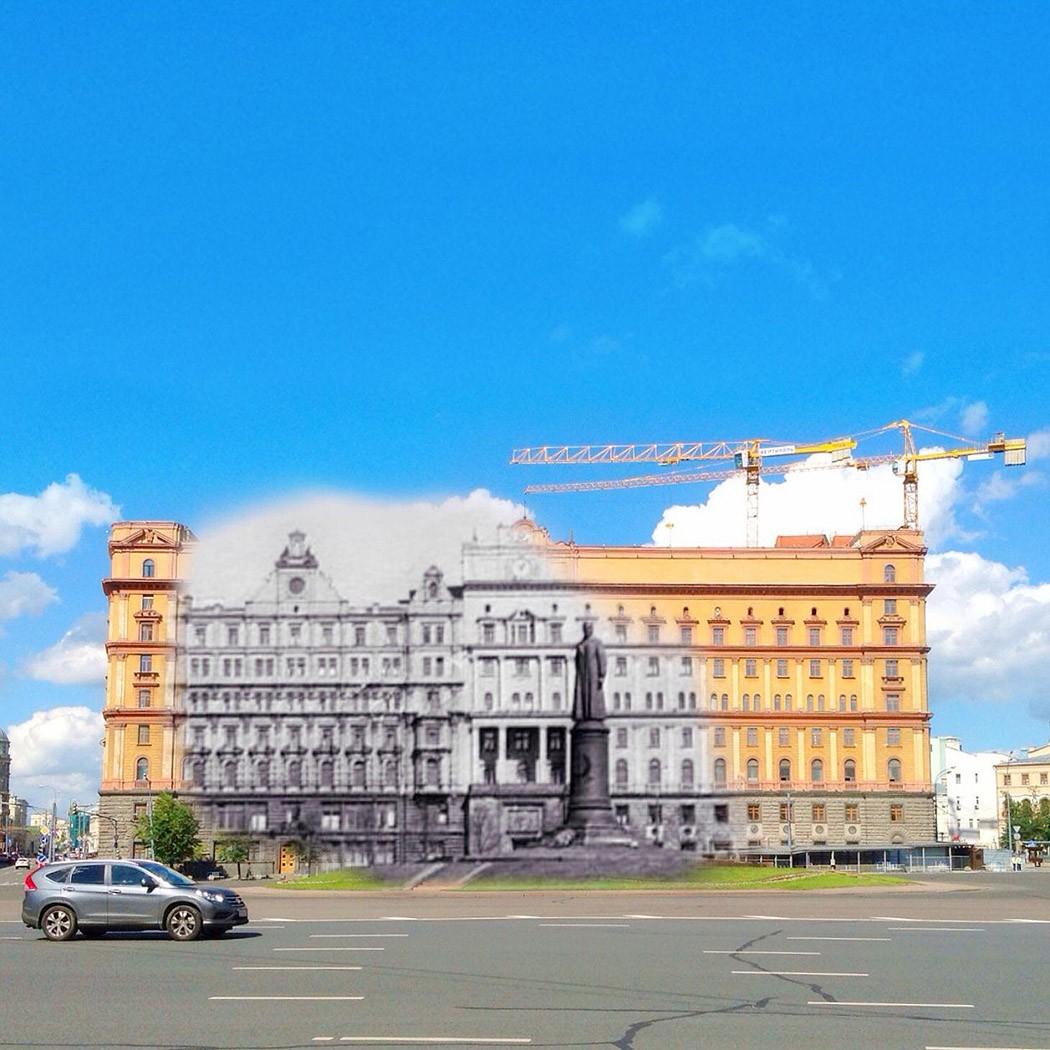 KGB building in Moscow where many people have been executed in the past. 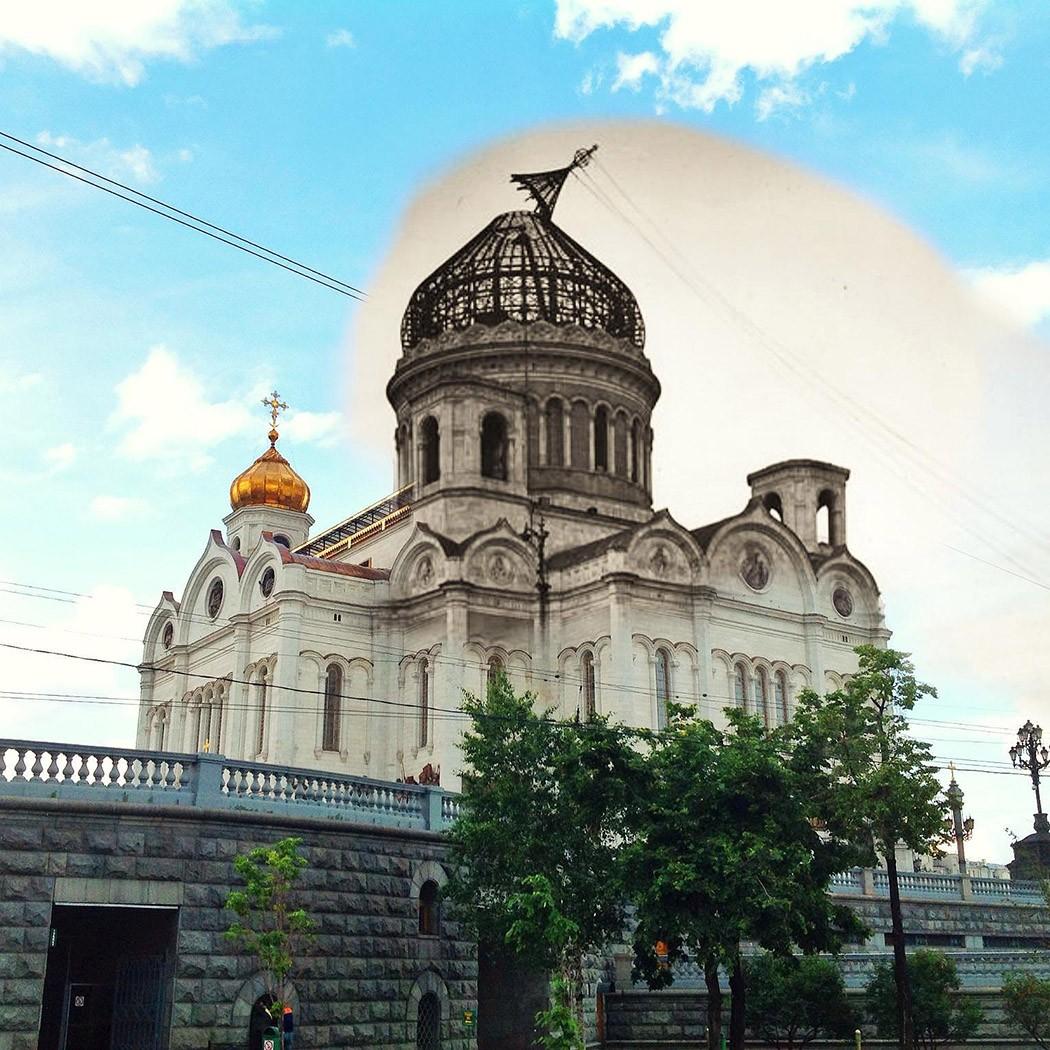 Back to 1931. The Cathedral of Christ the Saviour. 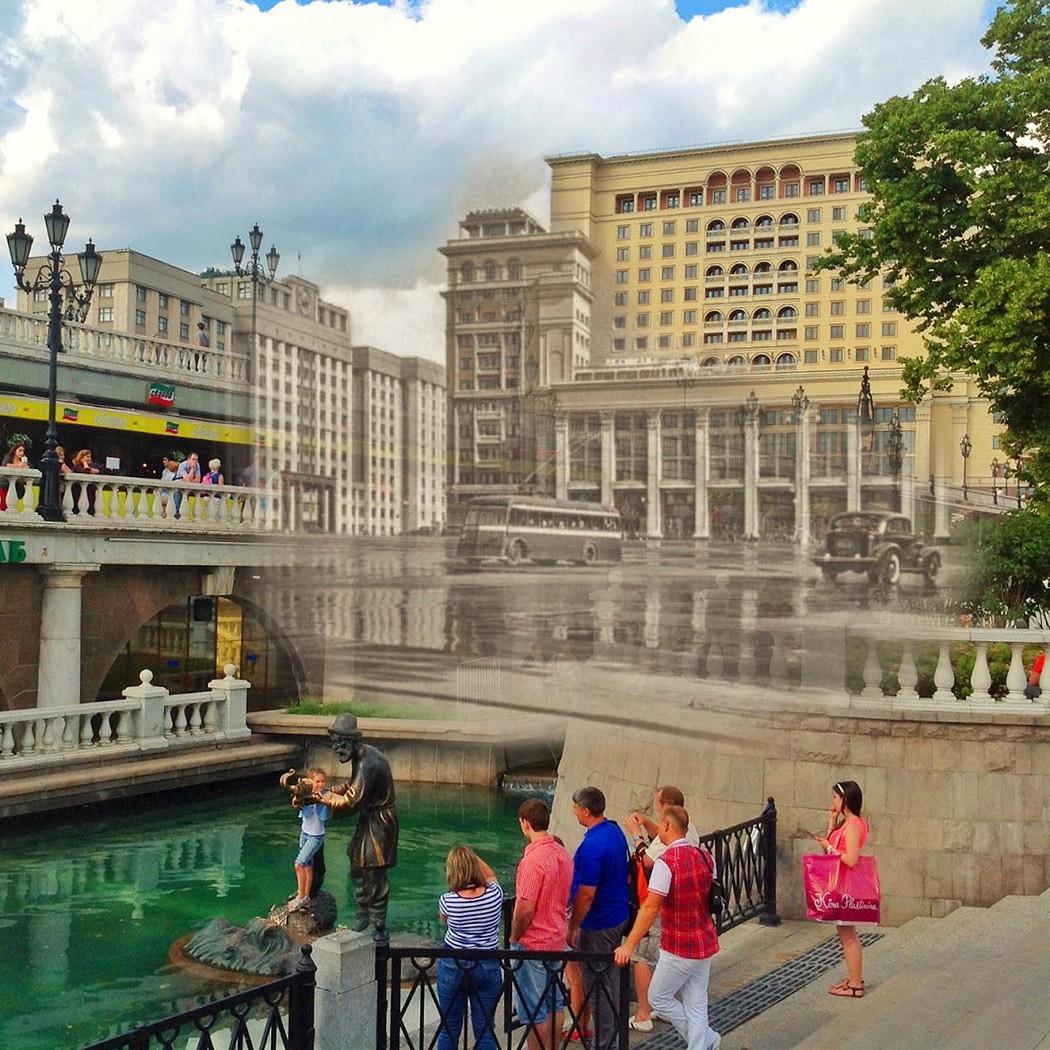 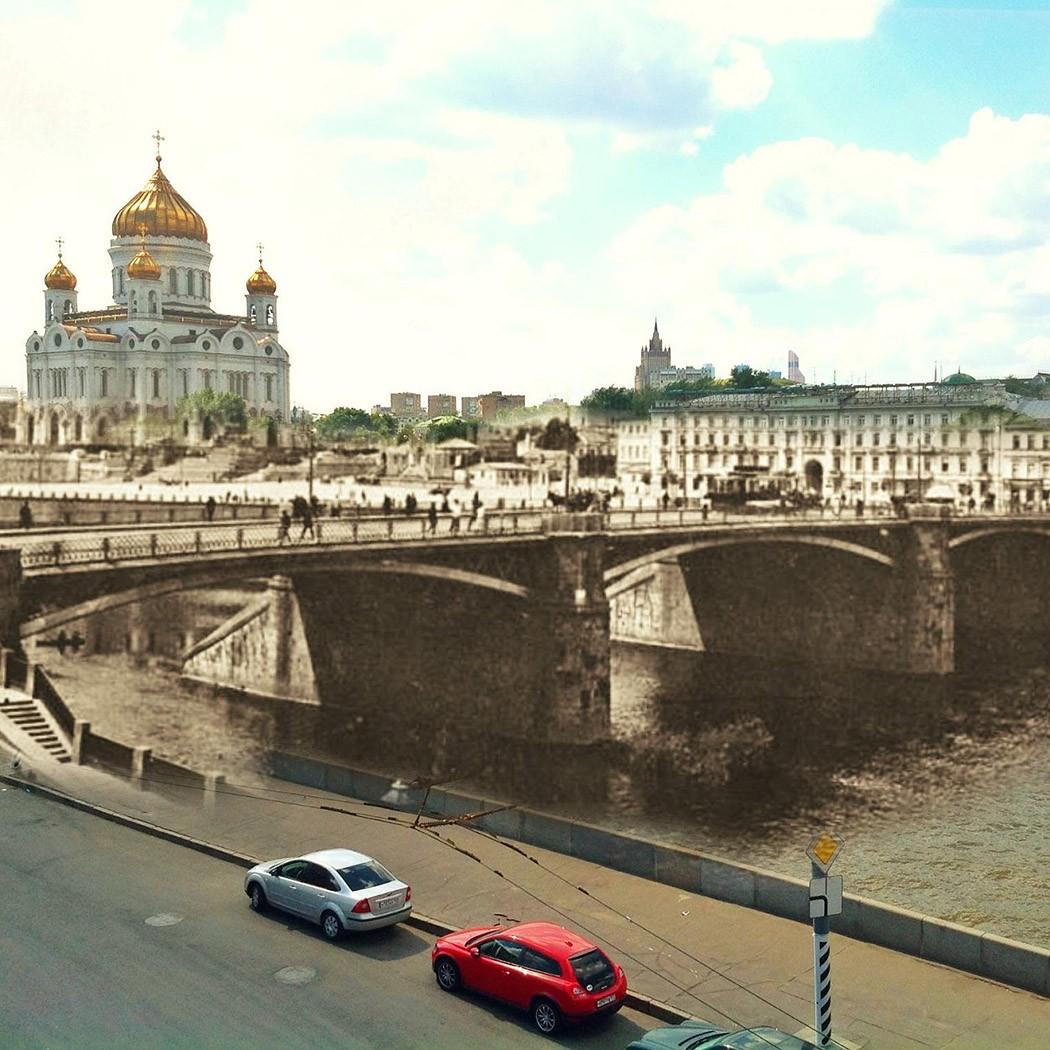 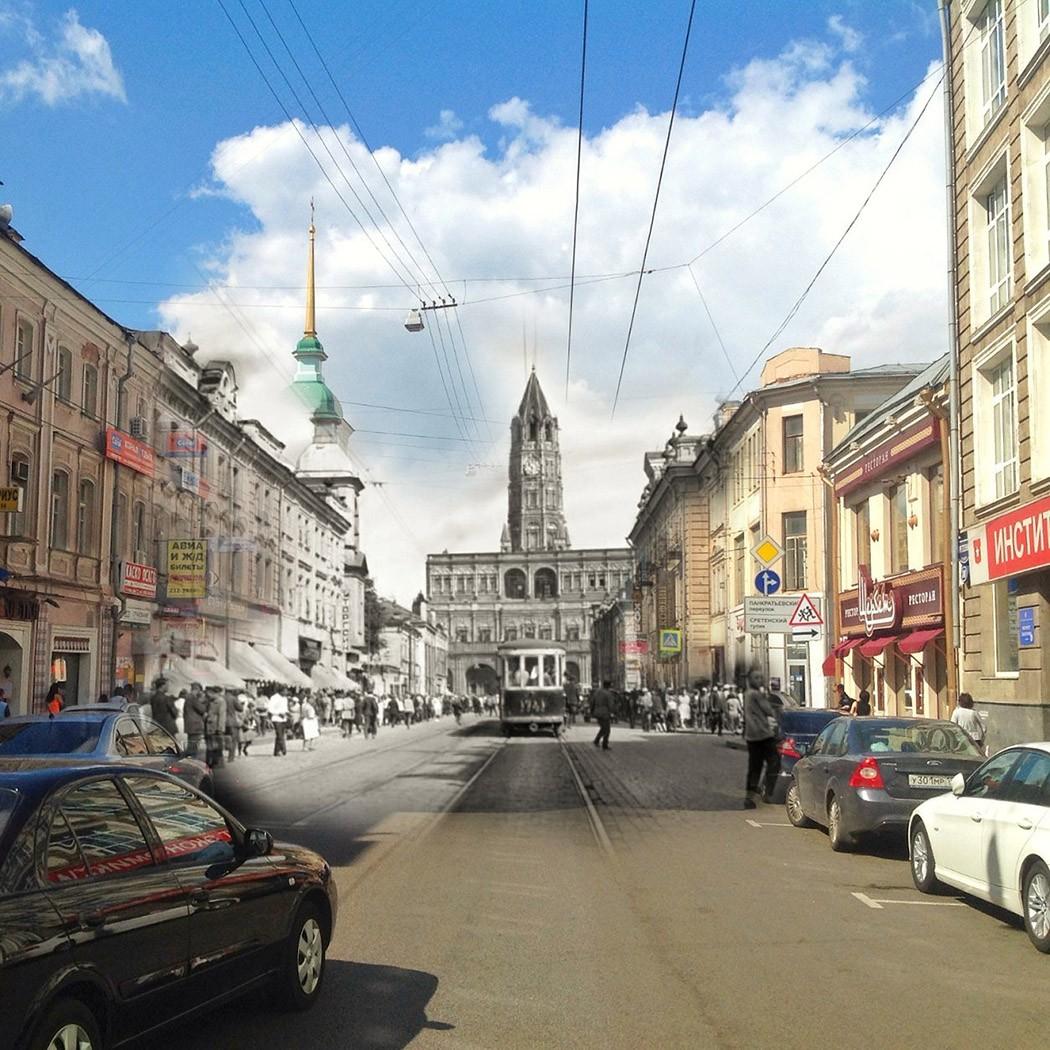 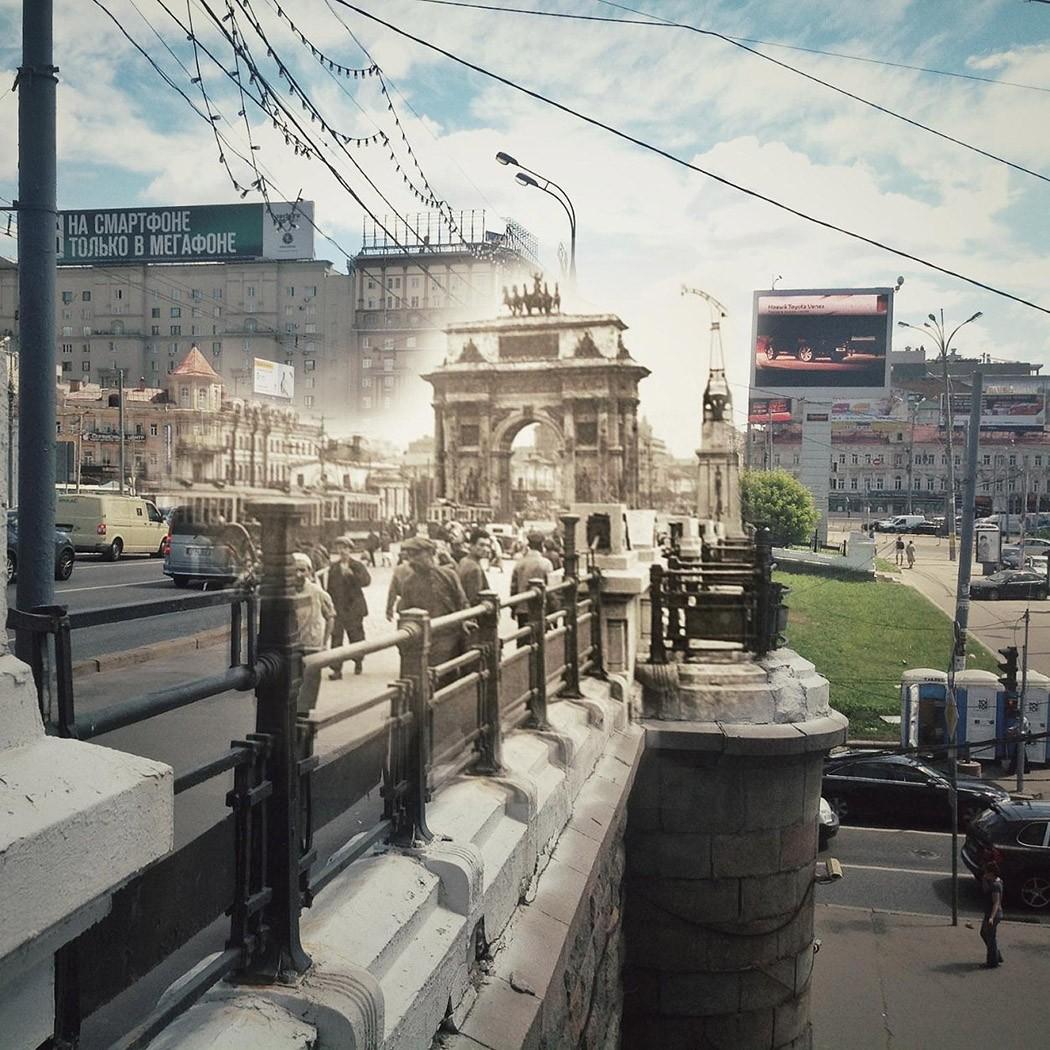 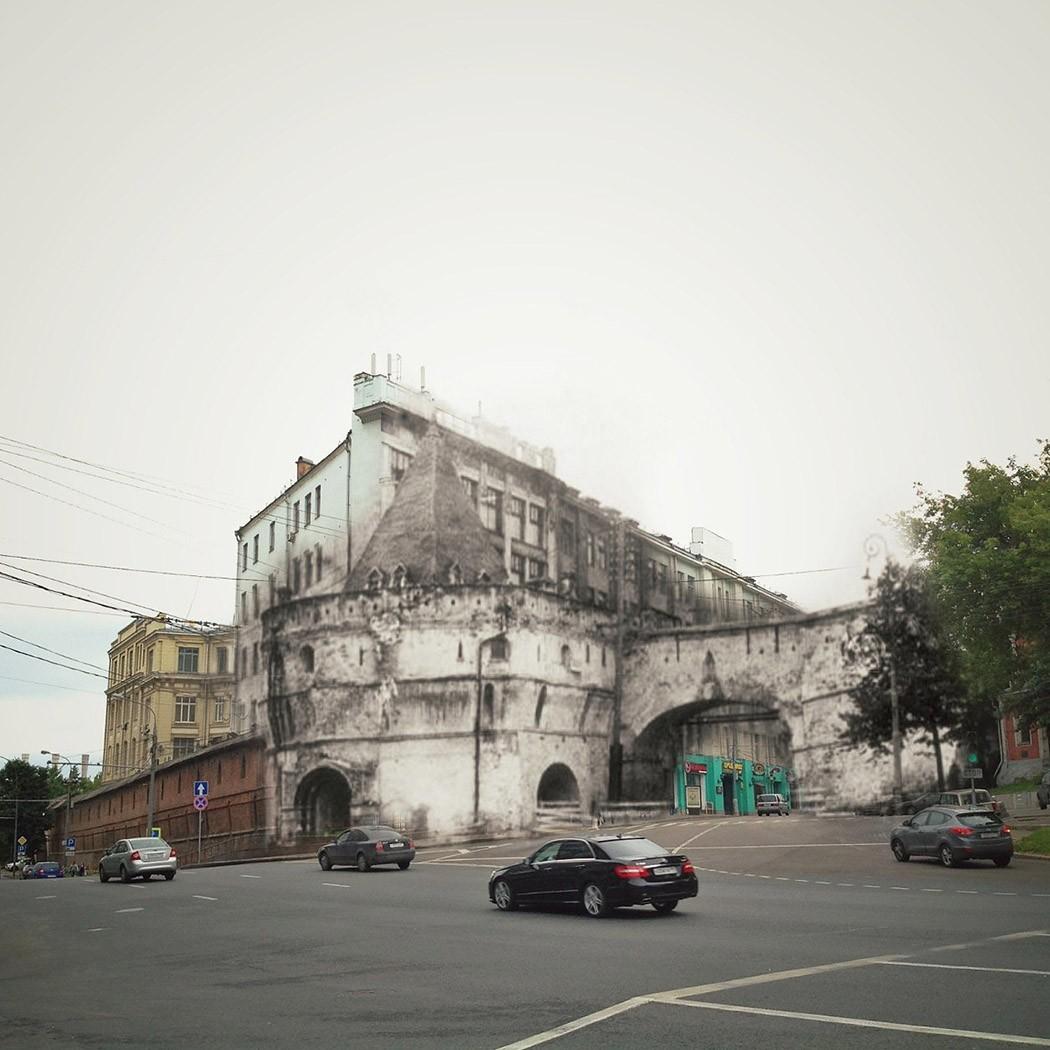 Tower of the Barbaric Gate. 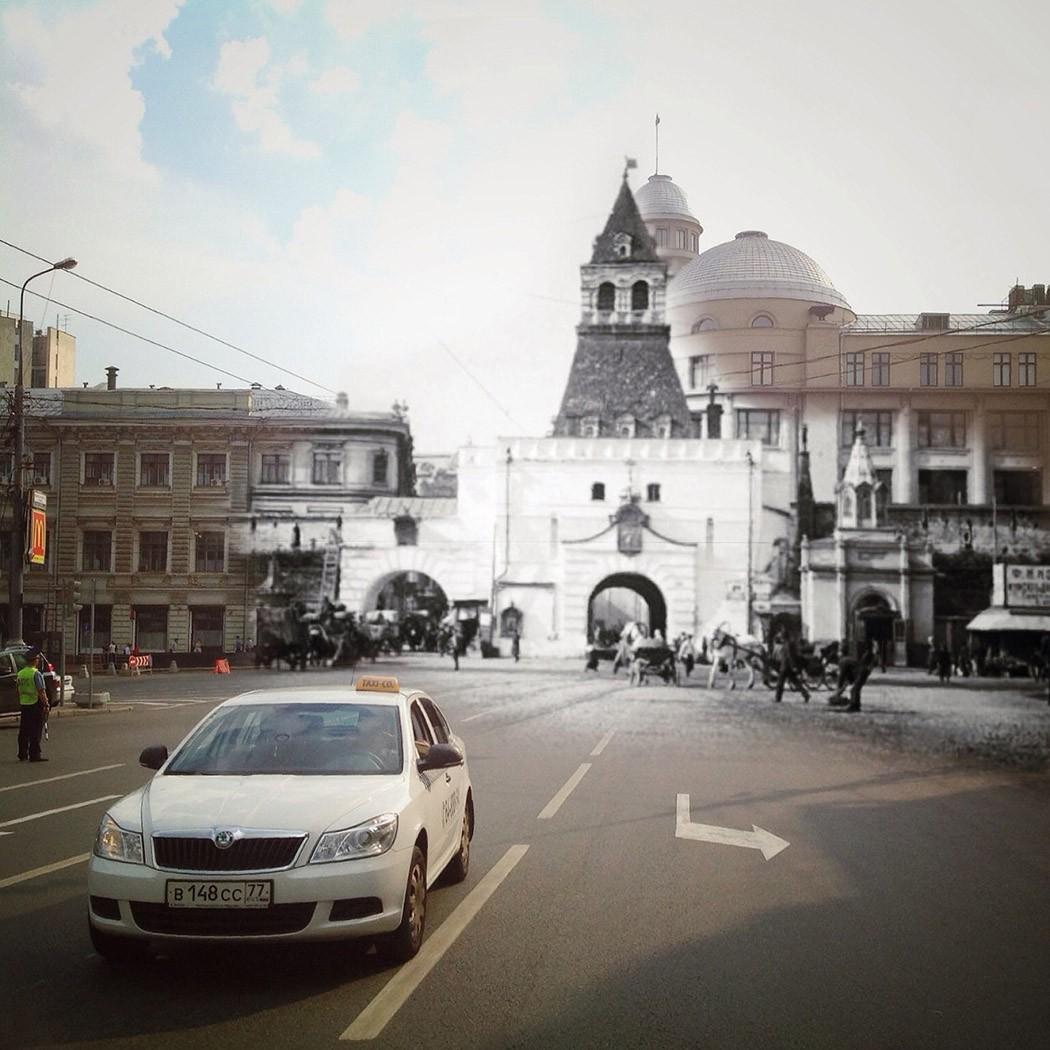 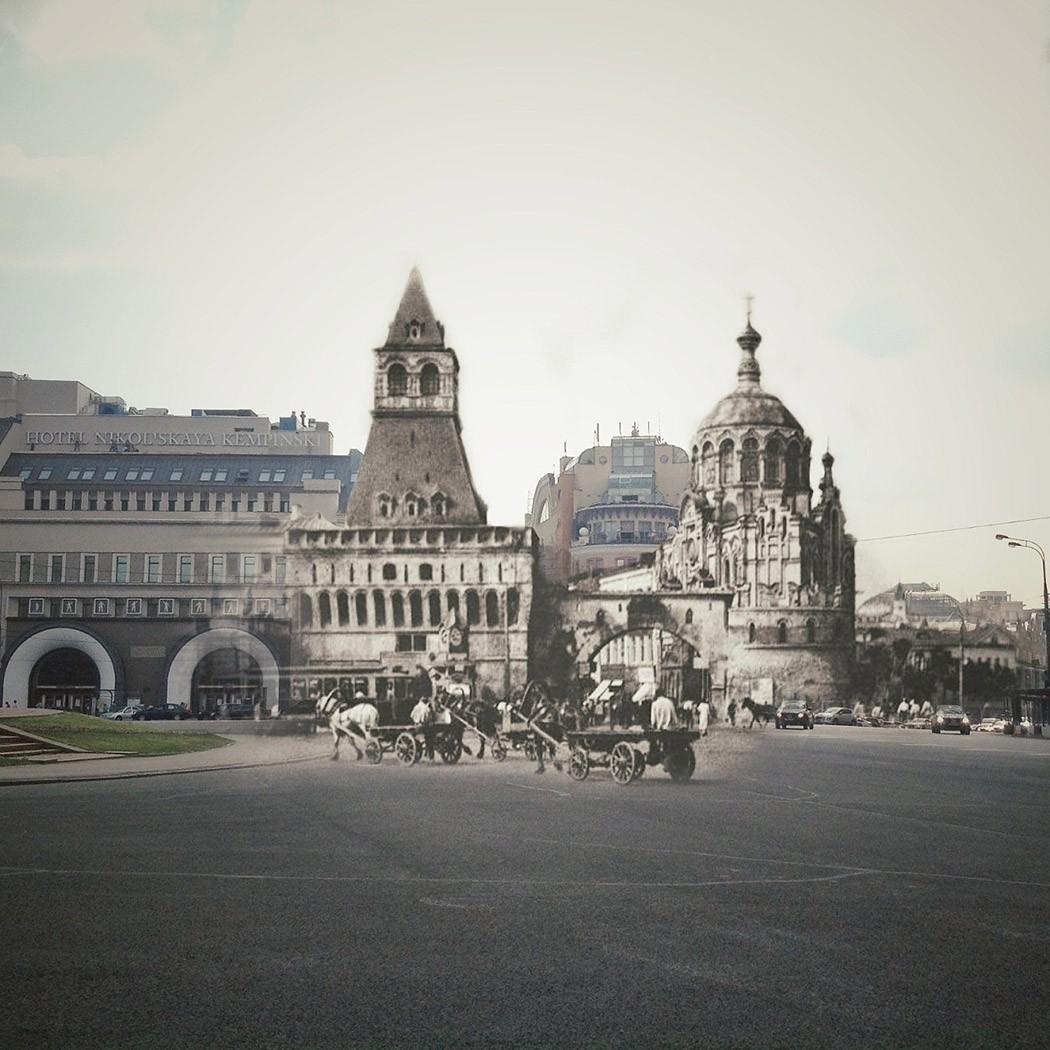 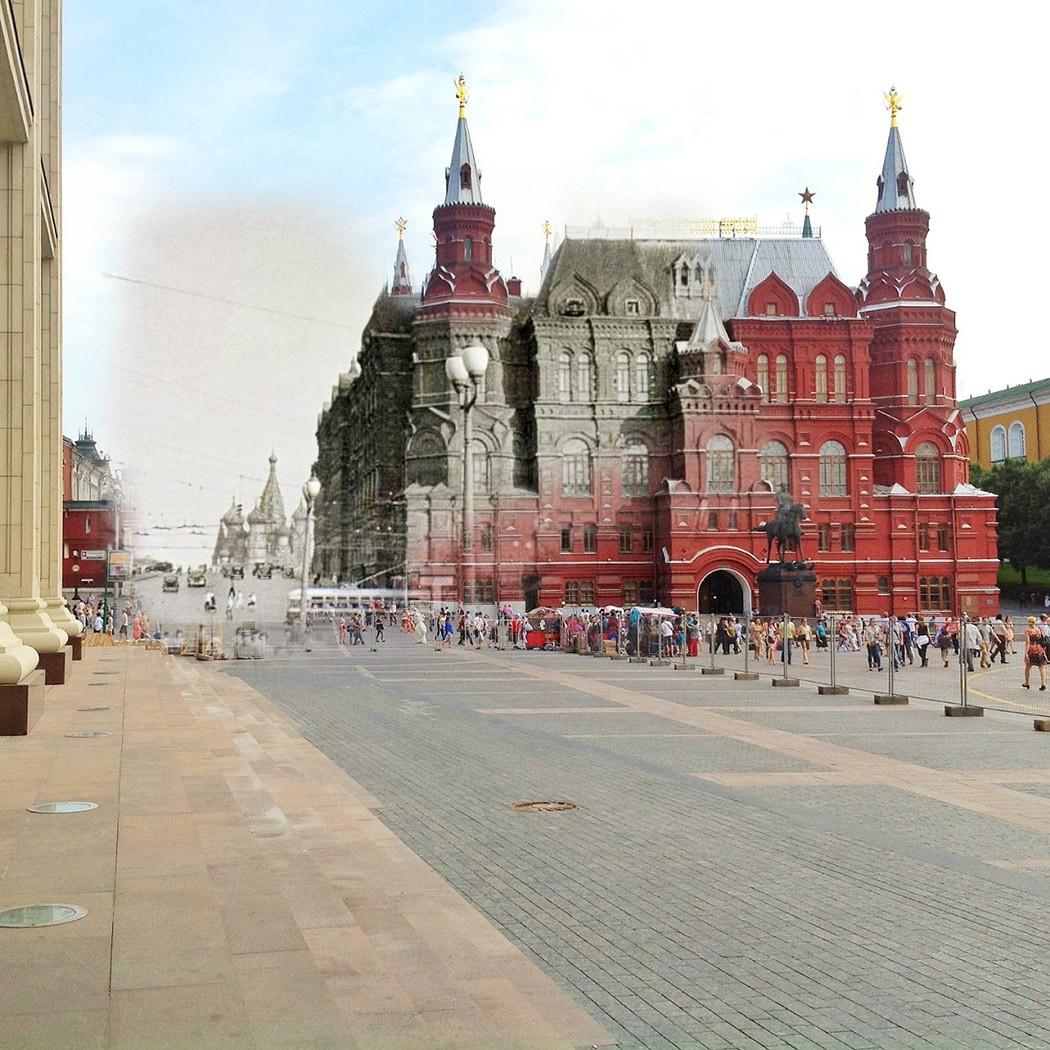 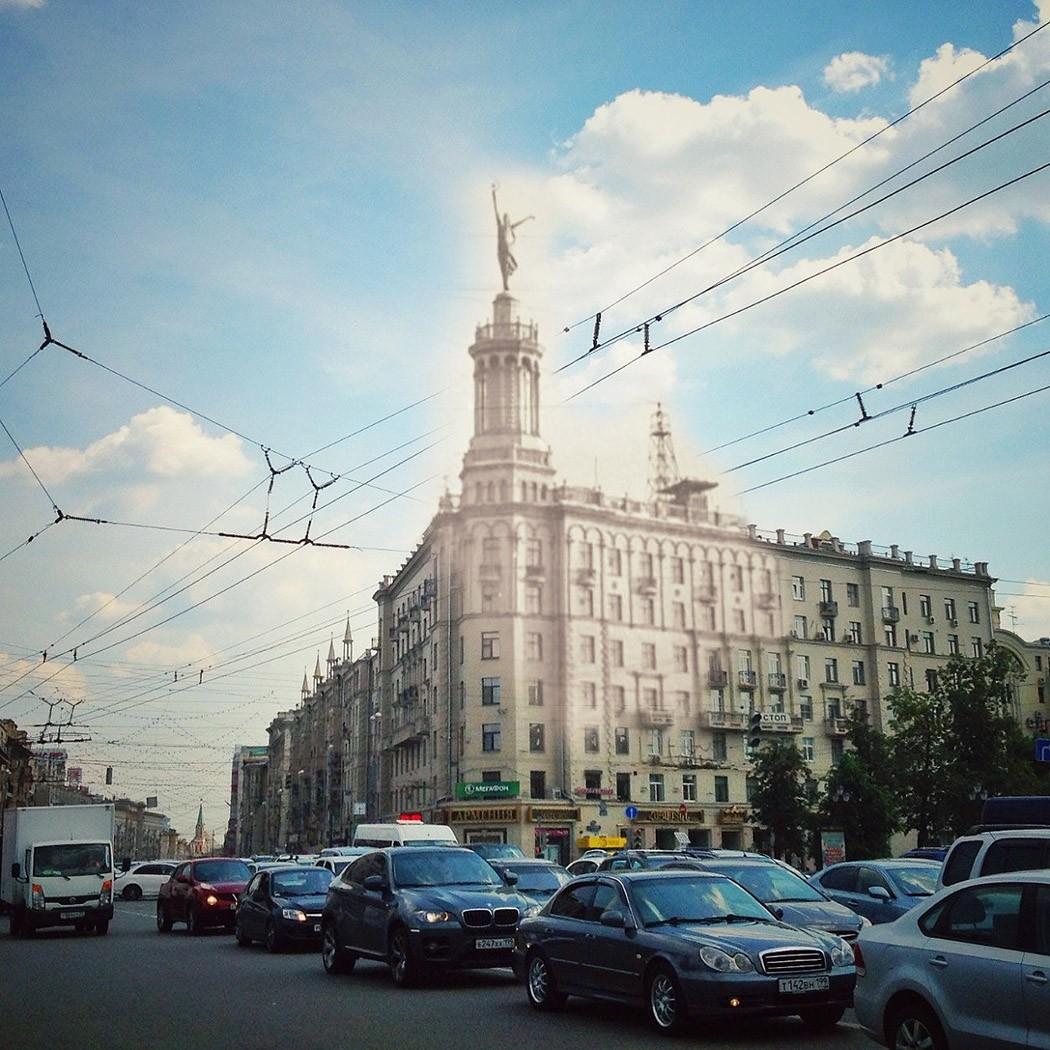 “House under the skirt” (there was a sculpture of a ballet dancer on its roof). 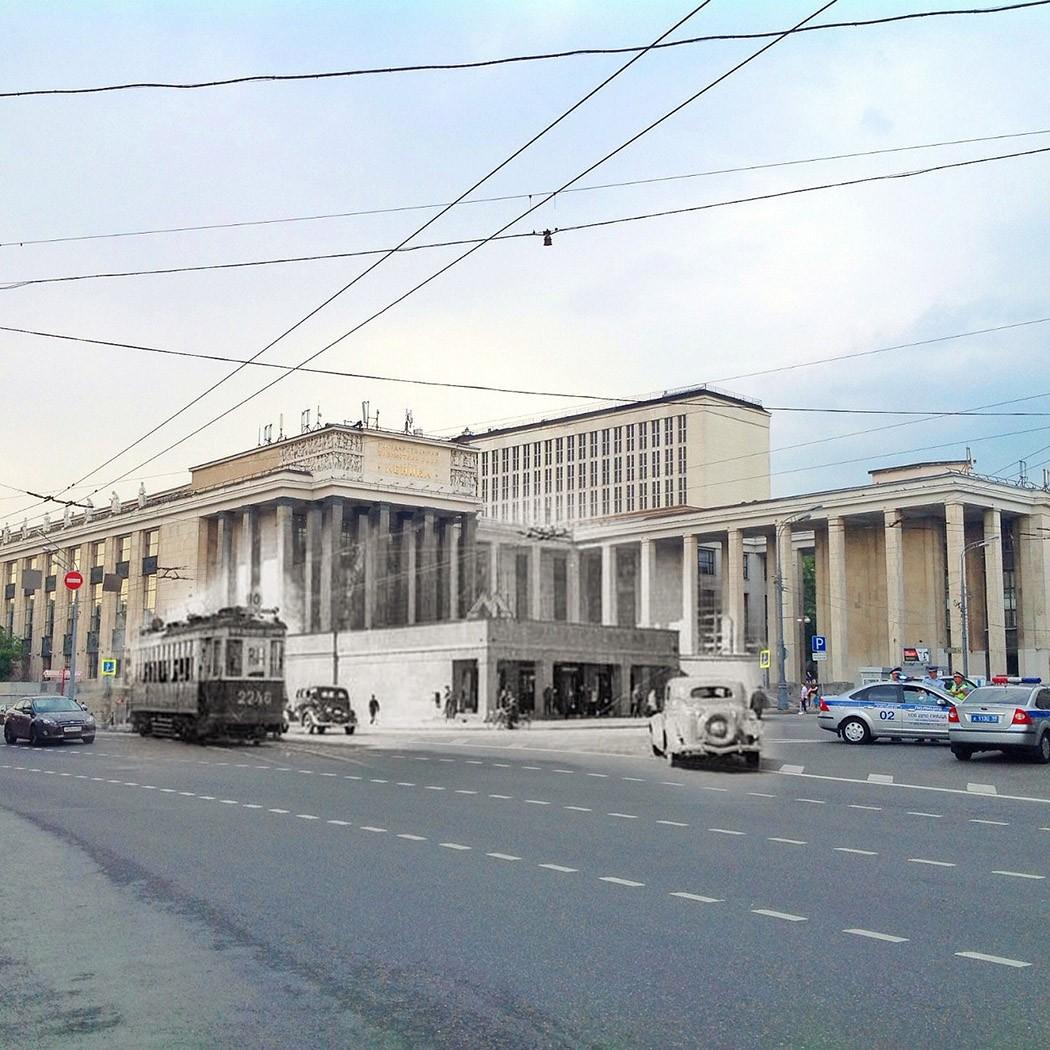 Entrance hall of the subway station Street of the Comintern. 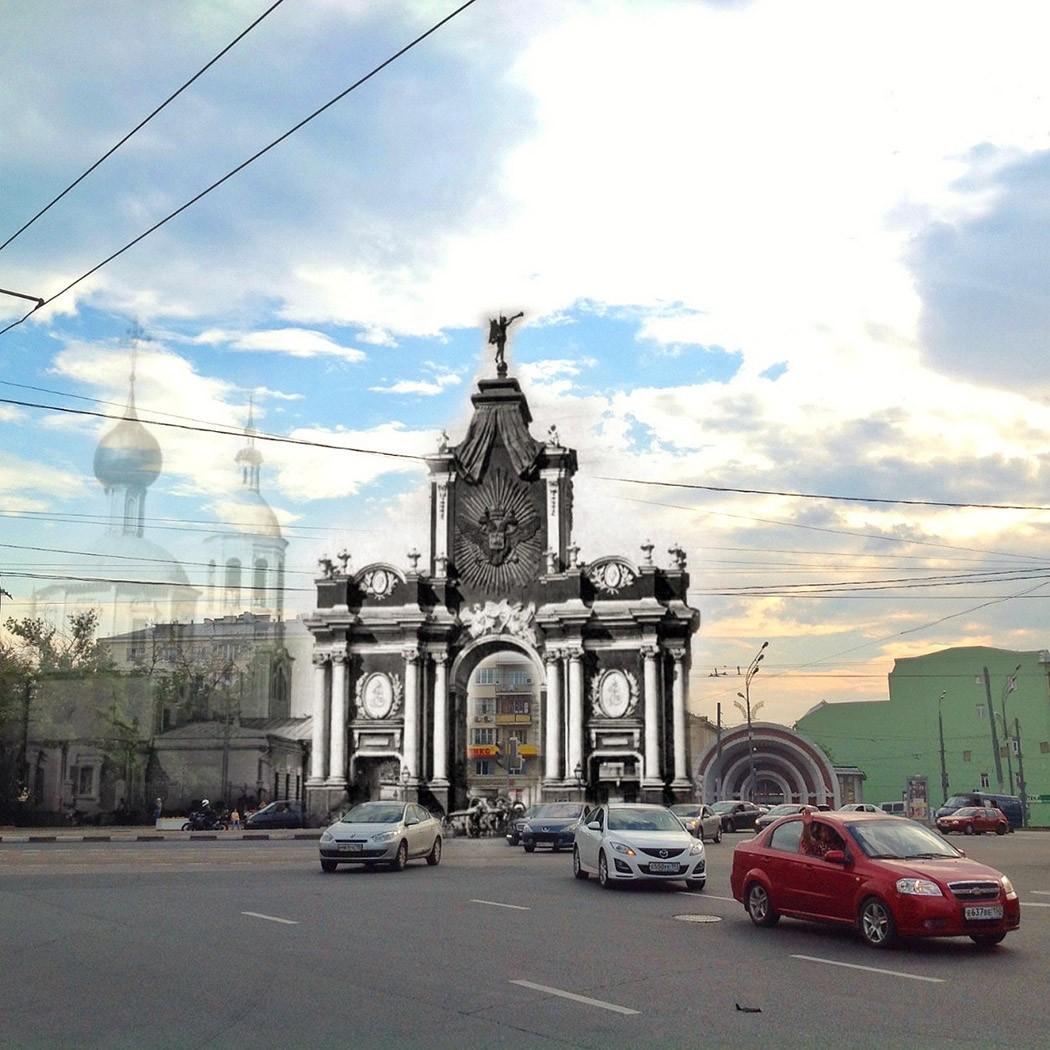 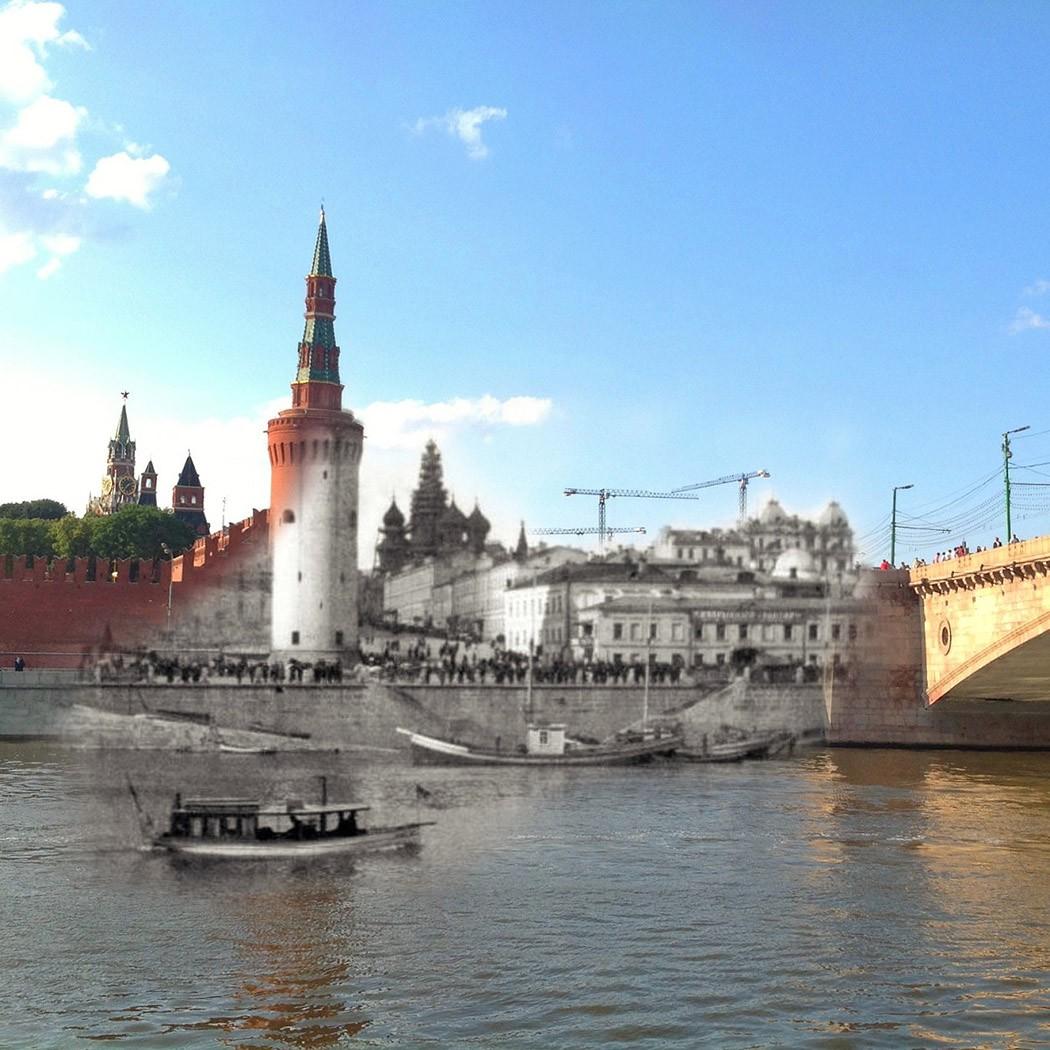 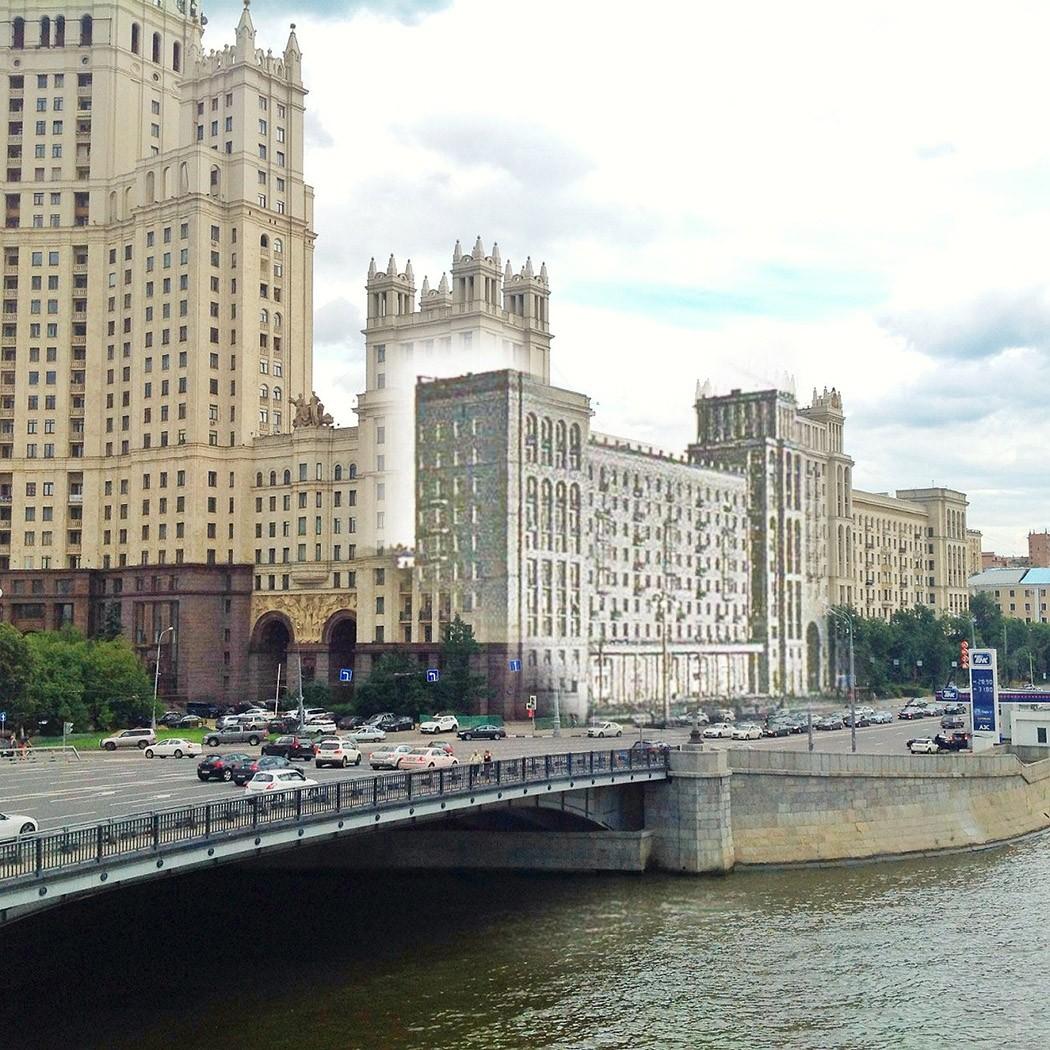 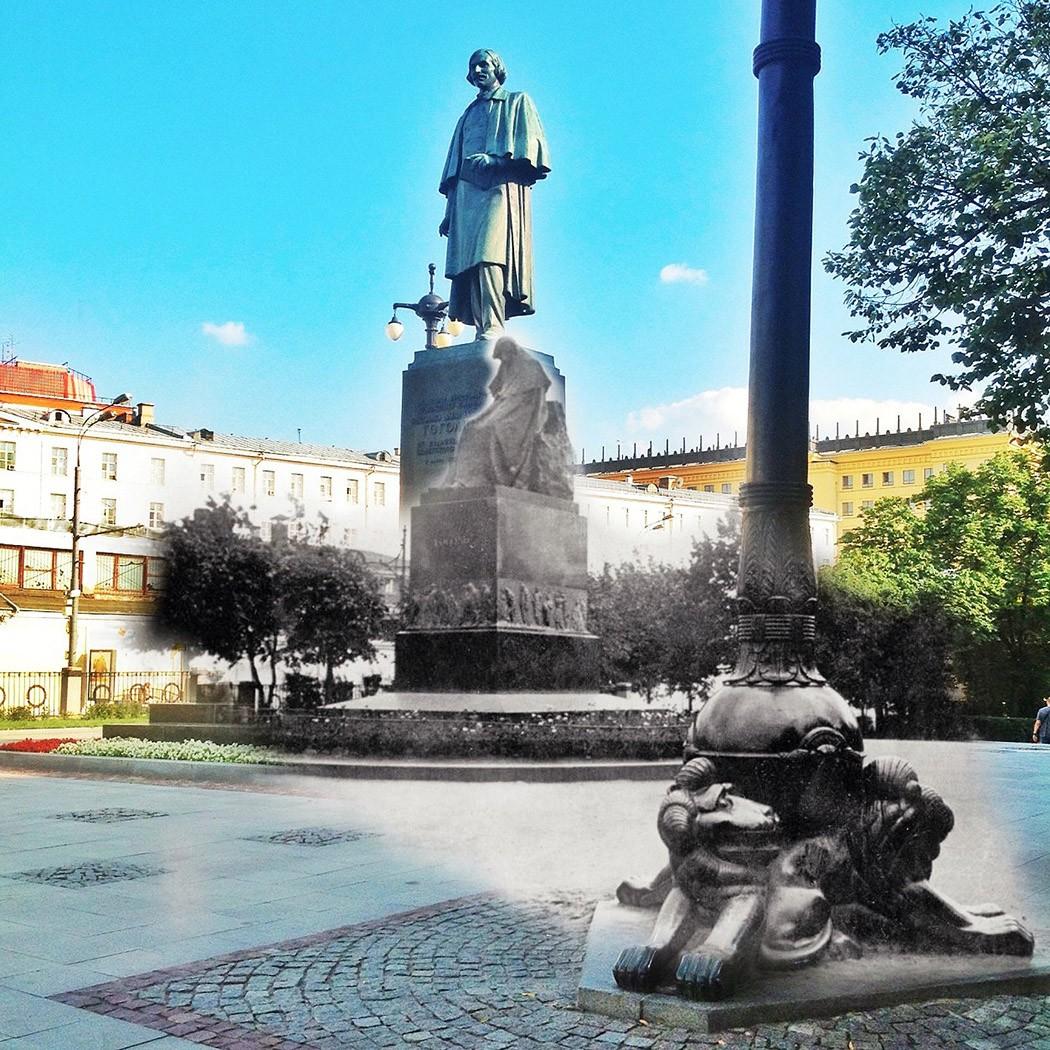 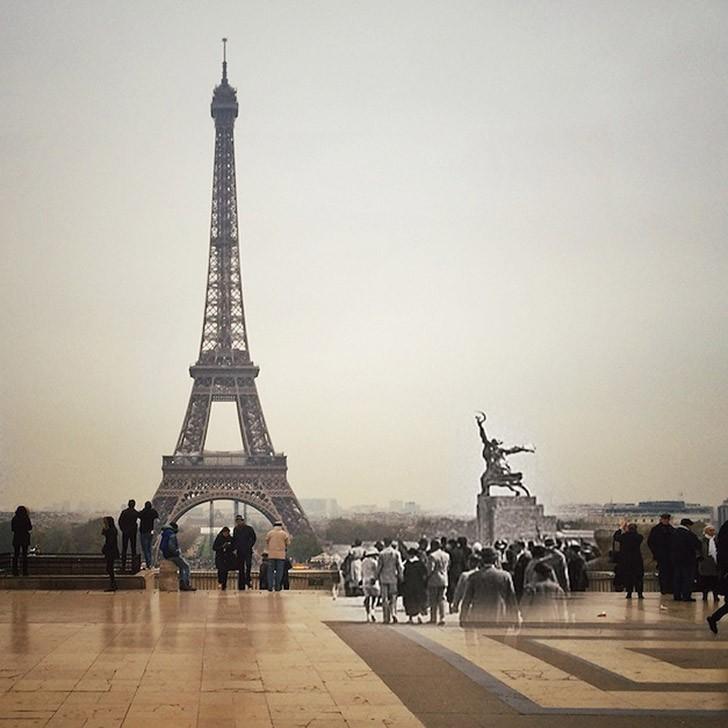 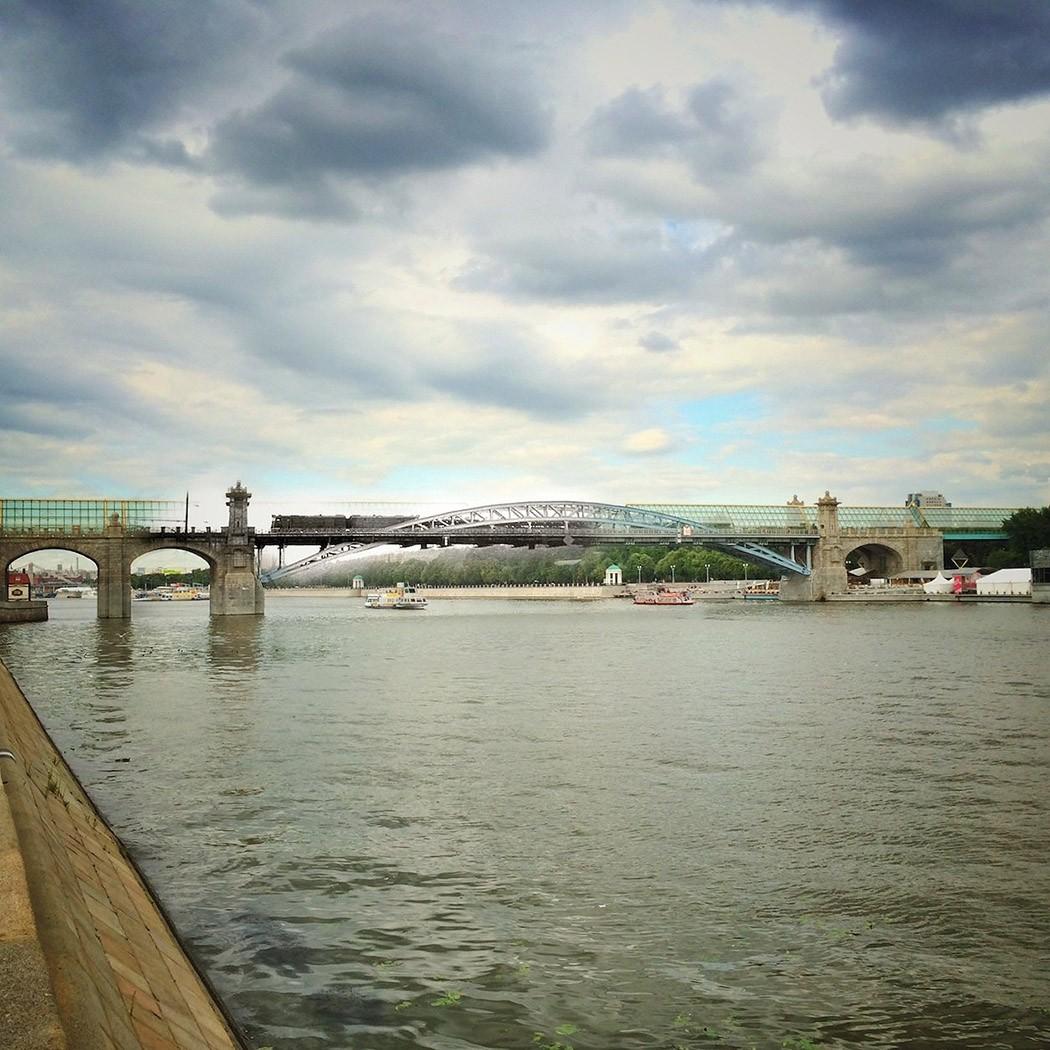 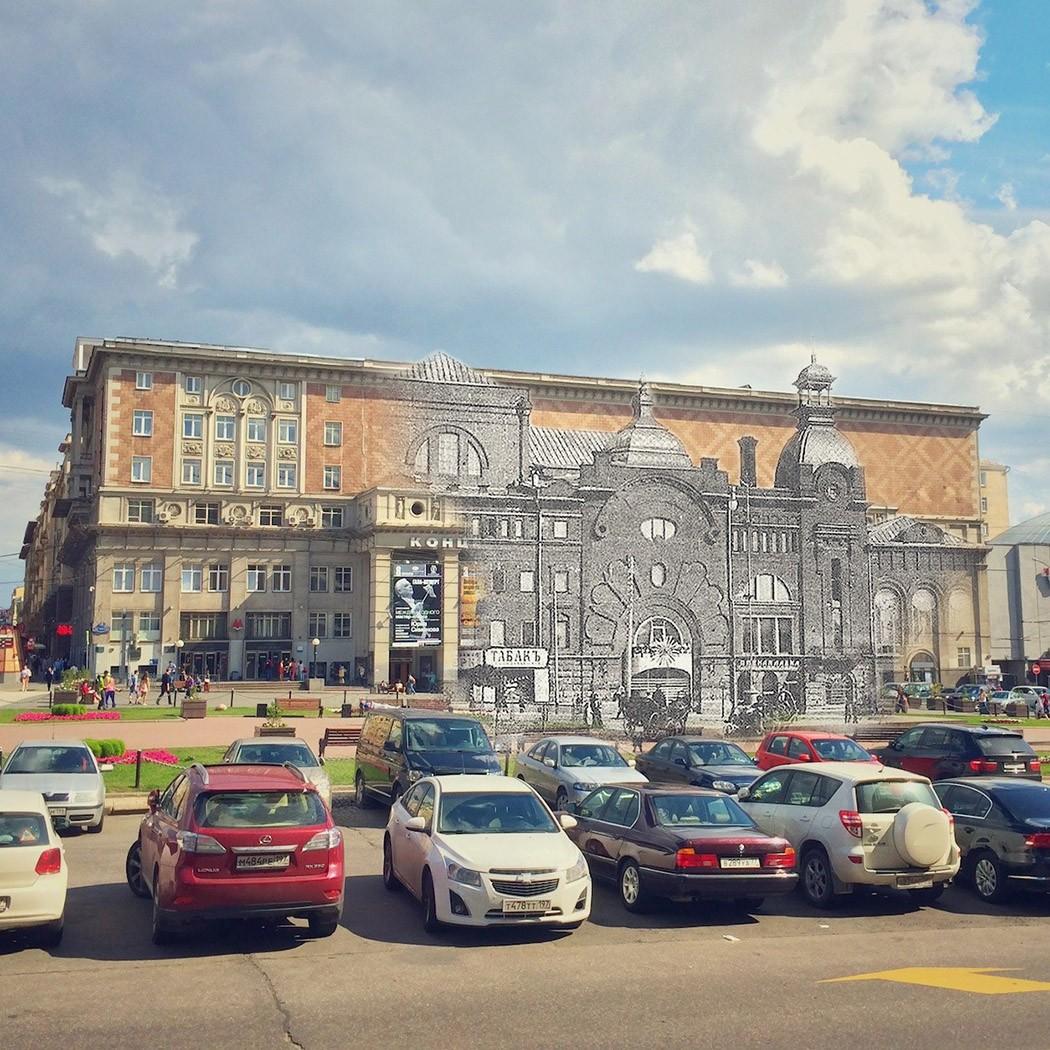 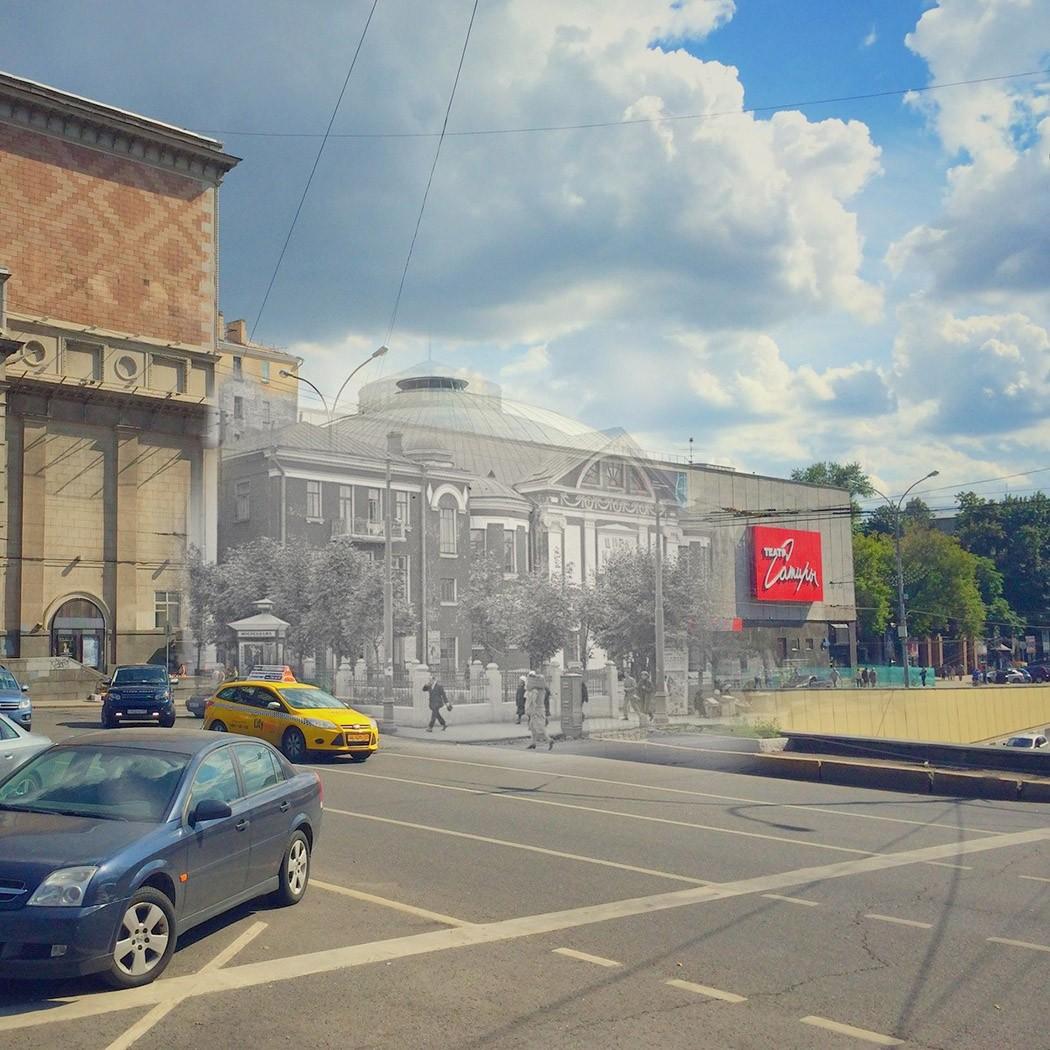 Satire Theater – the Circus of the Nikitins.