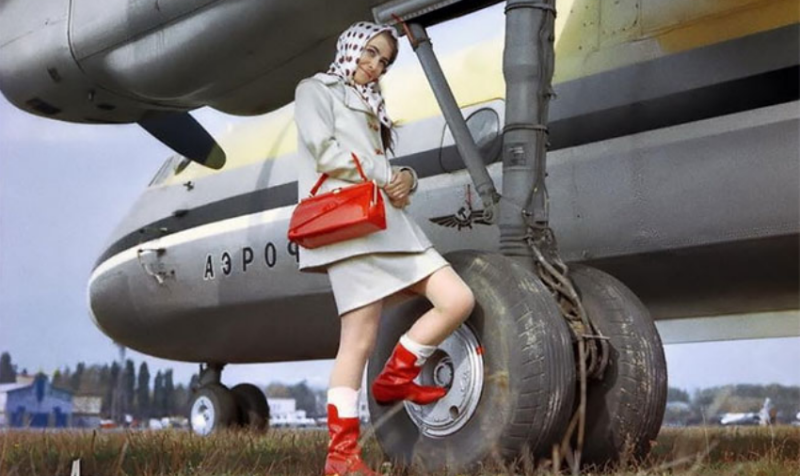 In the mid twentienth century there was made a series of photographs advertising Soviet “An” planes to western buyers. Some of these photos have been revealed just recently. Party leaders didn’t allow them to be used abroad and the photos were kept in the archives of “Antonov” company. 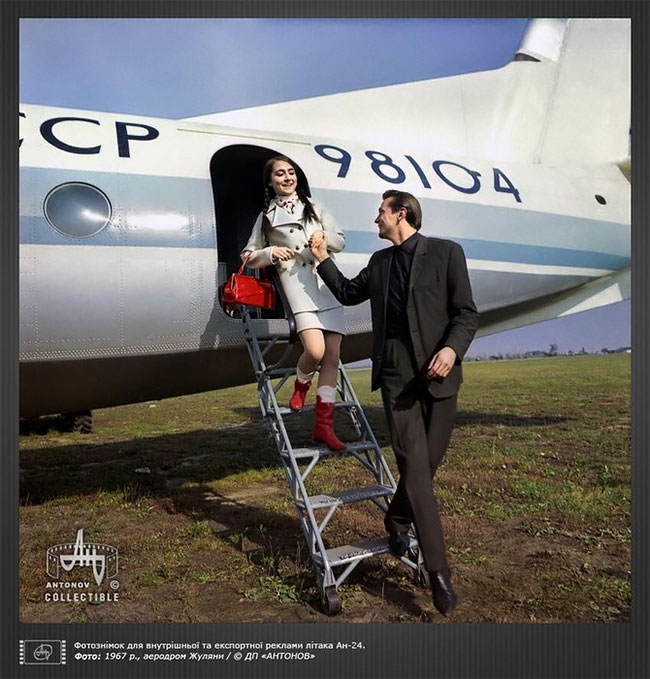 The managers of the company reasonably decided that their planes would be bought mostly by men so they used female images in the adverts. The aero-aesthetics was complimented by the beauty of women. 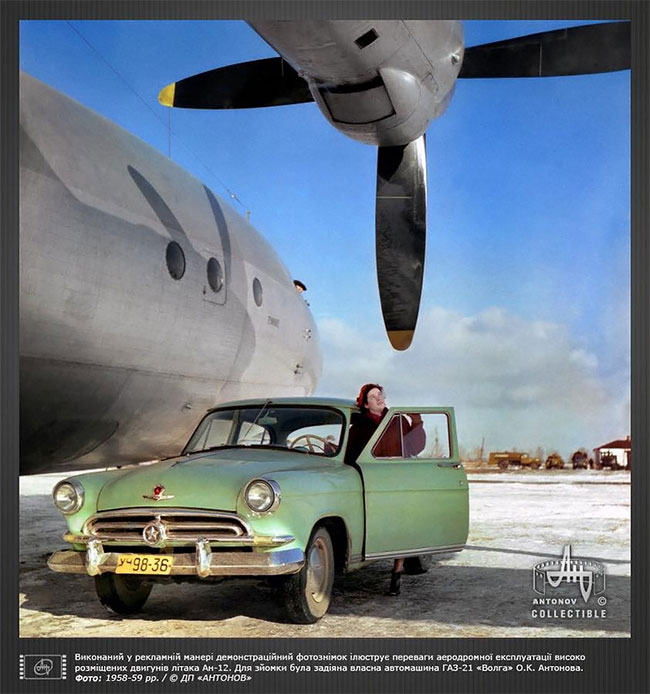 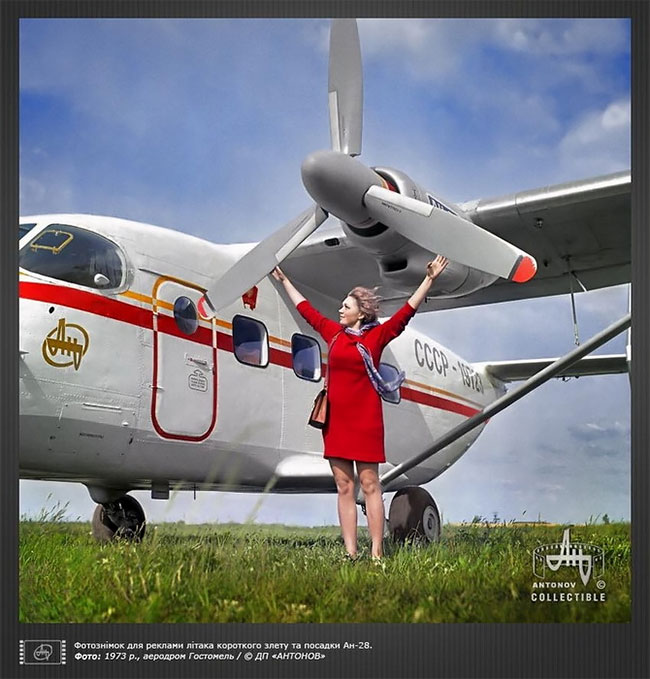 “Antonov” was making passenger planes An-10, An-14 and An-24 for their presentation at air shows of New York, Brussels, Paris etc. 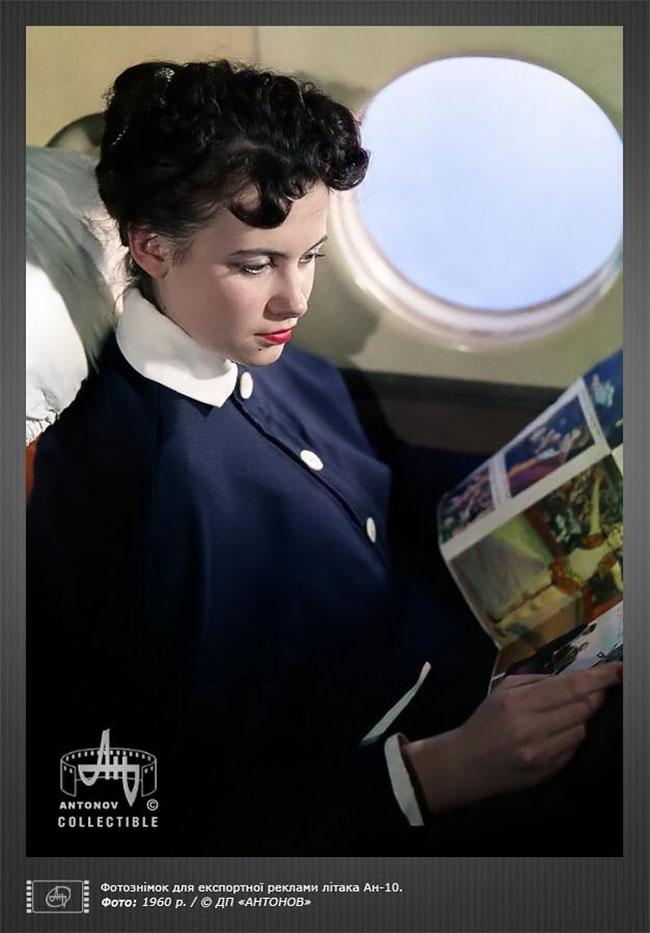 The advertising photographs were taken by employees of the company and professional artists of the Kiev film making studio (Currently the film-studio named after Dovzhenko). 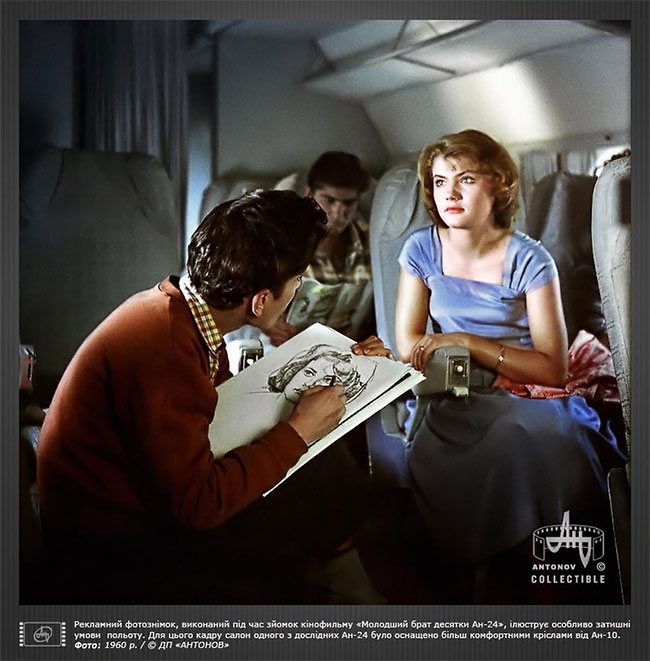 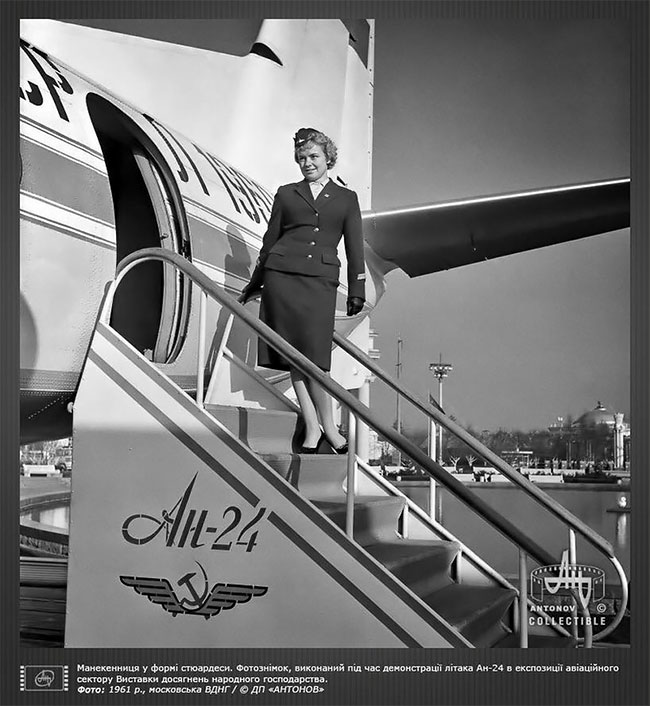 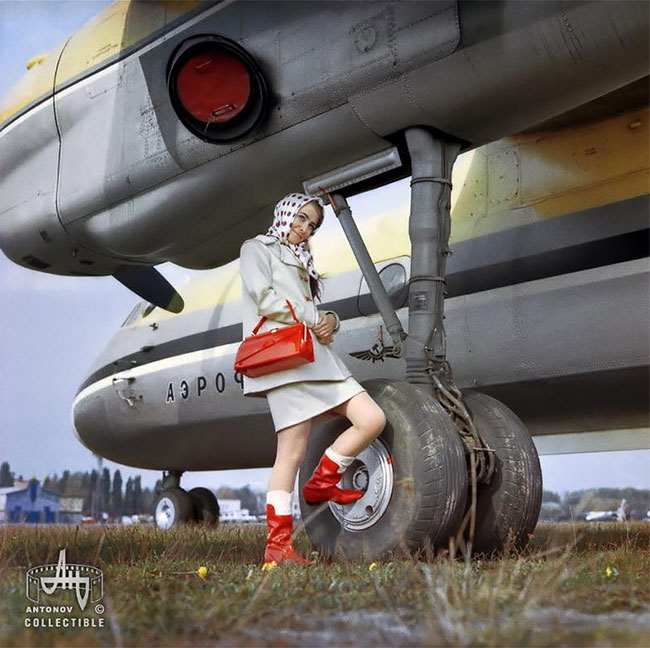