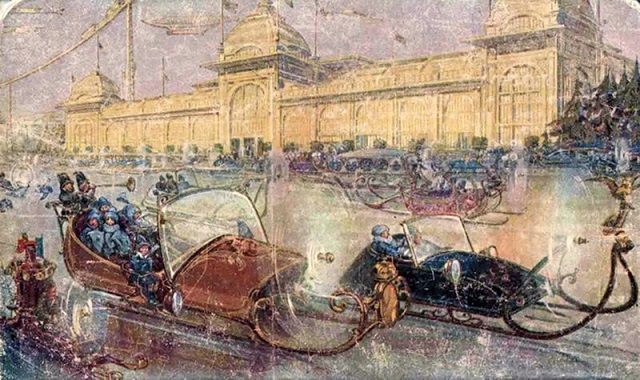 Back in the time of Tsarist Russia artists used to imagine the Moscow of future. These series of postcards from 1914 are just about that – artists tried to depict Moscow the way it would look like many years after. They depicted people, houses, public transport i- they surely thought that cars and carriages would fly in the air. 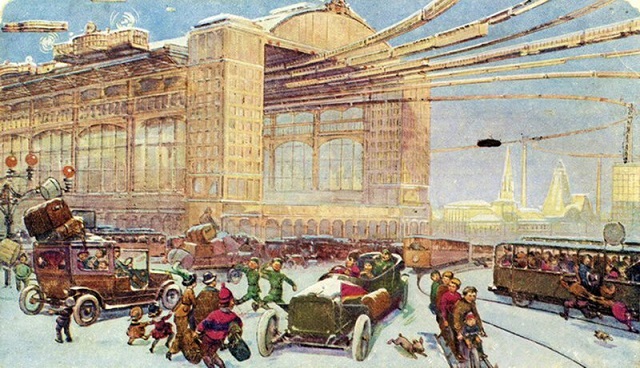 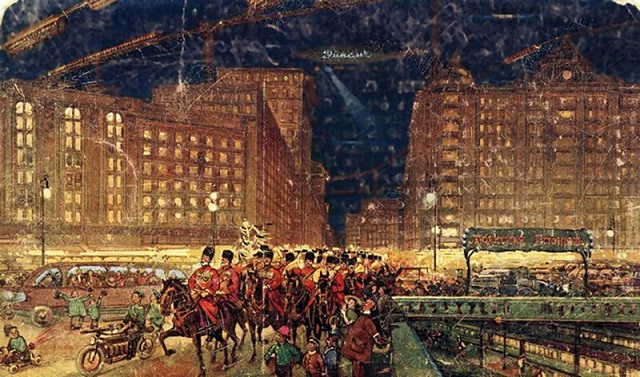 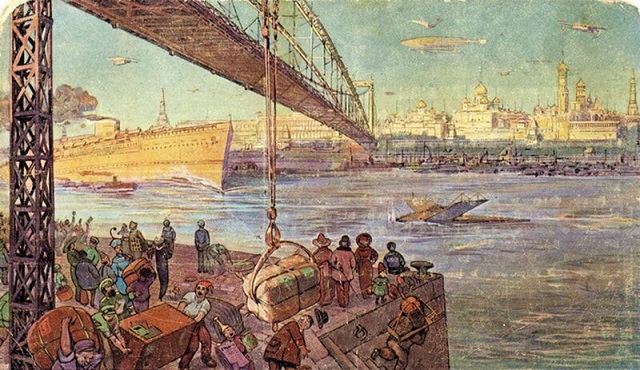 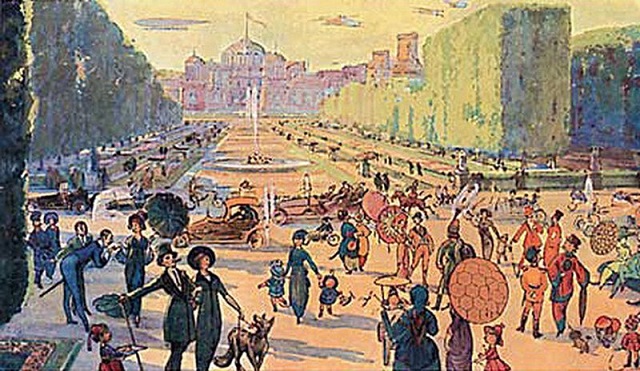 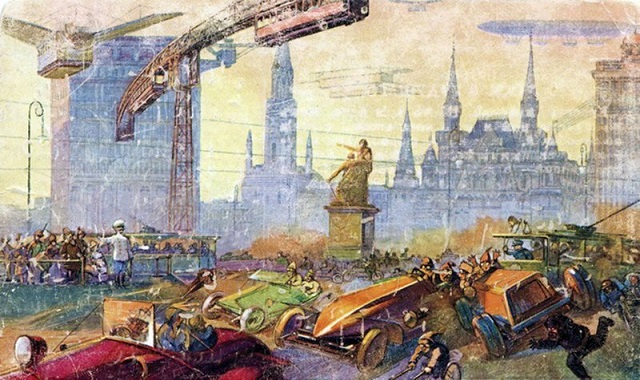 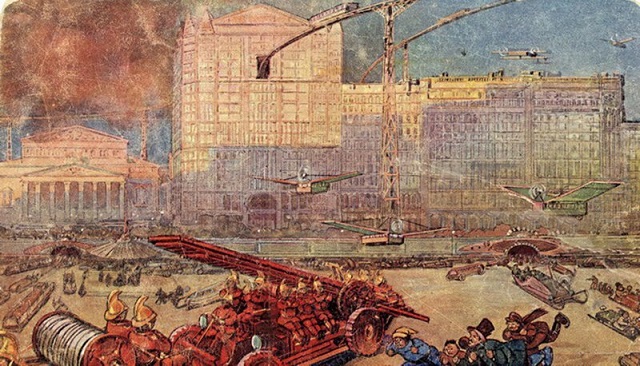