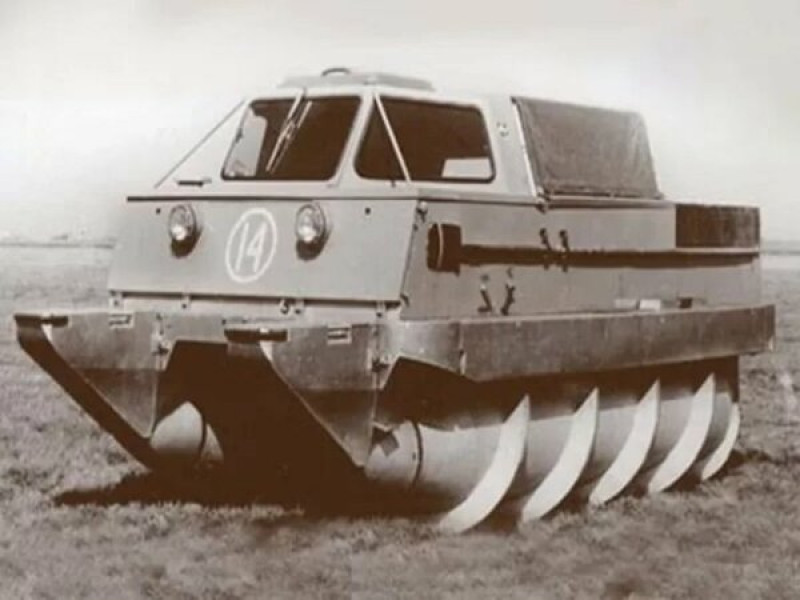 This interesting vehicle was designed in 1979 in a special design bureau of ZIL. Named ZIL-29061, it was created for the space industry to reach remote locations while looking for cosmonauts who landed from the orbit. The body of the vehicle was made from aluminium, its cabin – from fiberglass. Wheels were replaced by an auger-type chassis. The engines of the ZIL were borrowed from VAZ-2103 and had a power of 77hp. 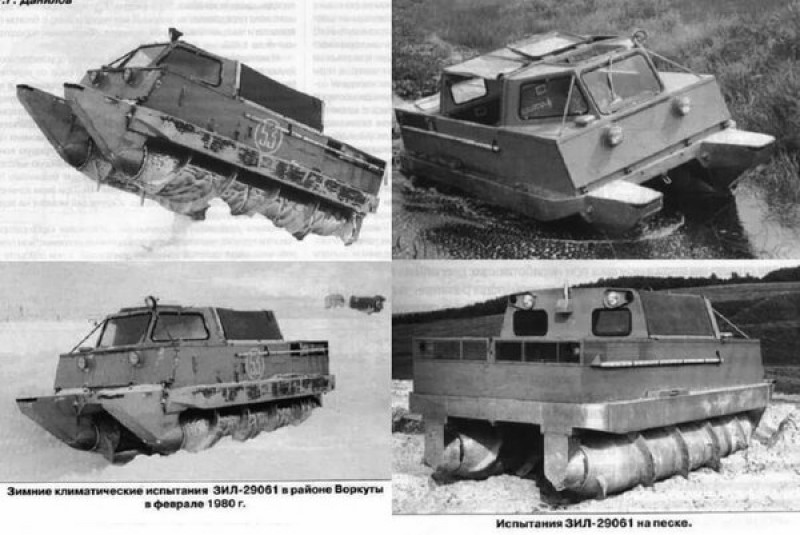 Winter testing of the vehicle and testing on sand. 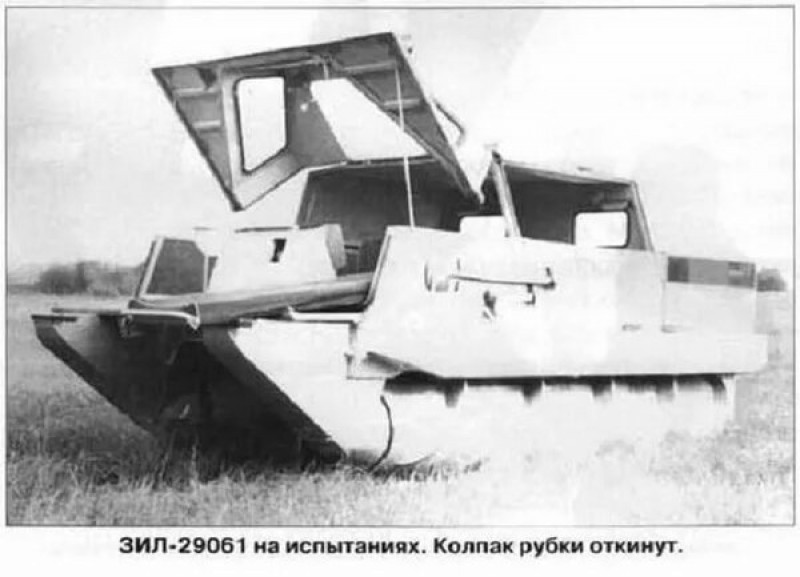 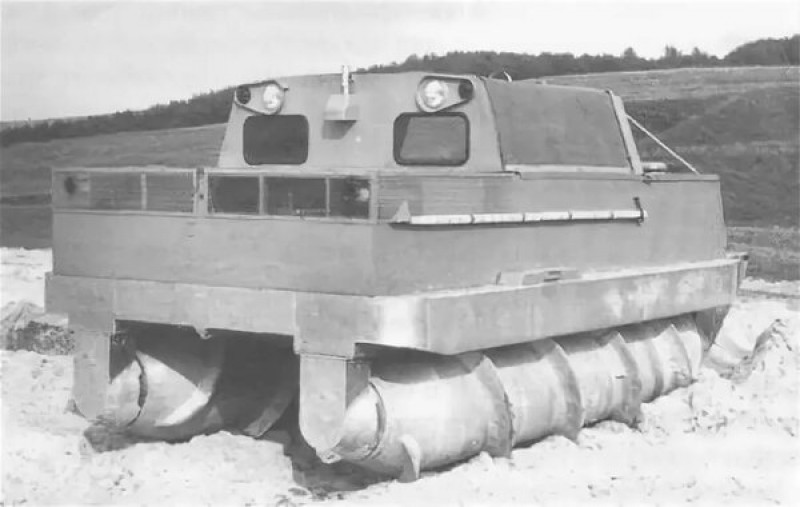 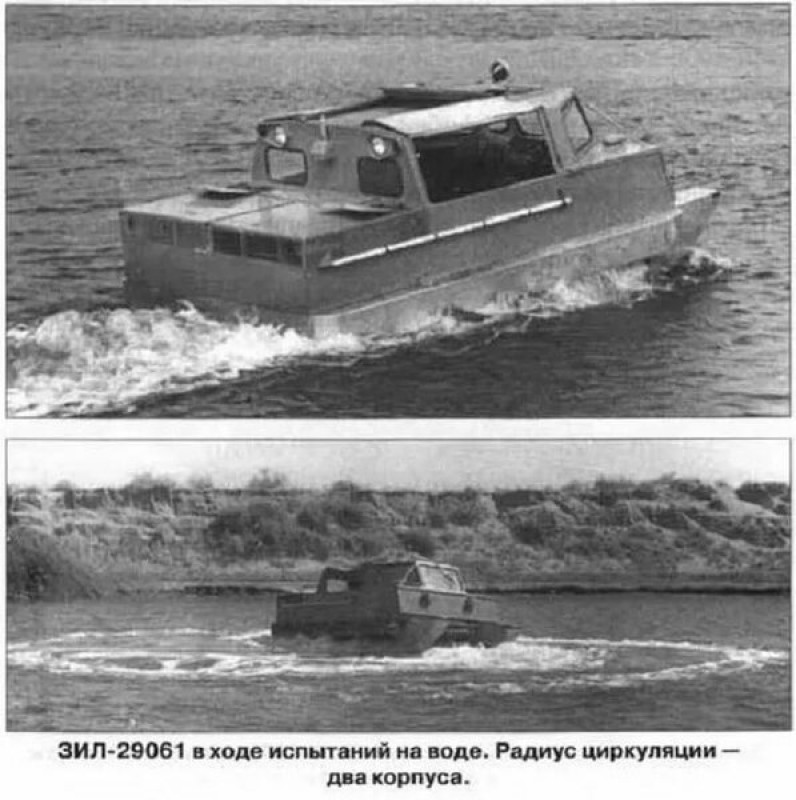 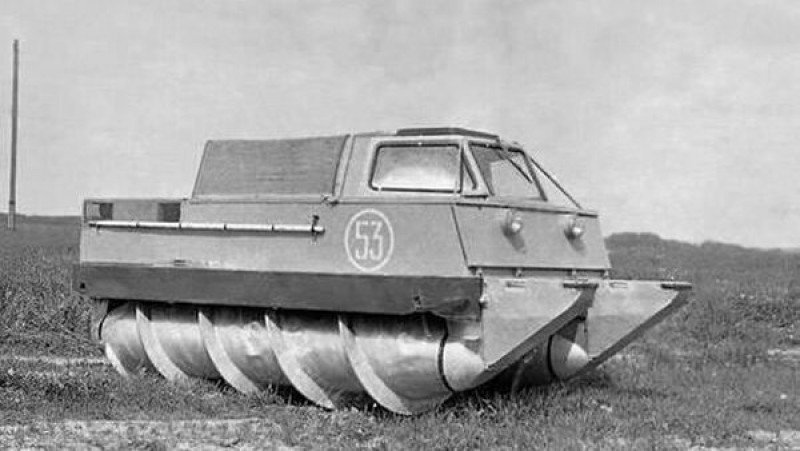 Fuel consumption – 36 litres an hour, two fuel tanks – 75 l. each. Lifting capacity – 400 kg, vehicle mass – 1875 kg. ZIL could climb slopes with steepness of 23 degrees. It could be used at -40C, the cabin was heated to the required temperature within an hour. They generally produced 20 vehicles like this, ZIL-29061 production lasted till 1983. Soviet engineers were full of creativity… 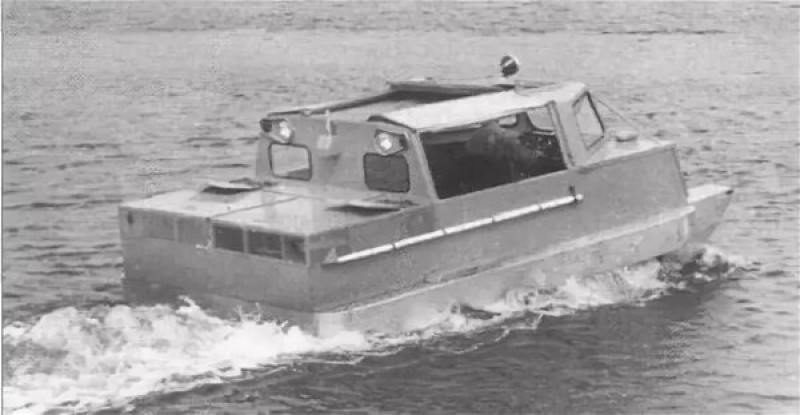 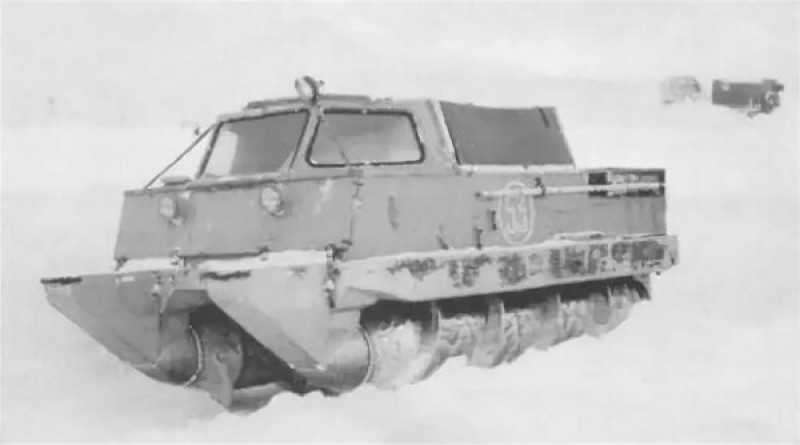