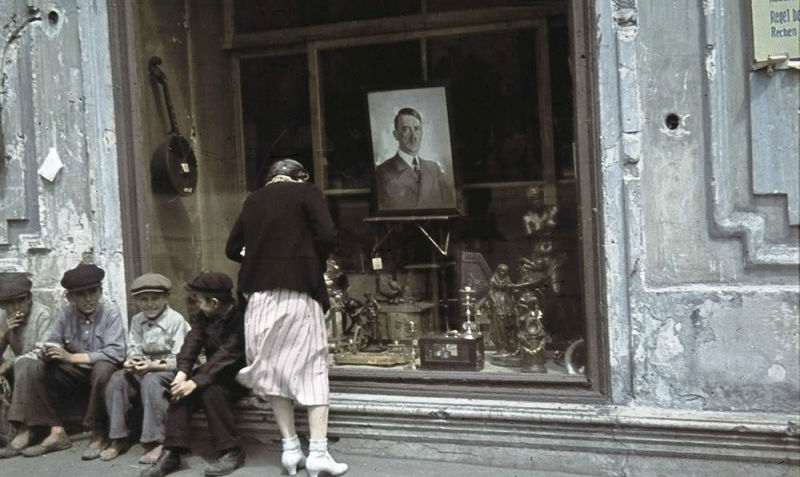 Even after all these years the interest in the past war is not weakening. People still have disputes on the narrative of its events and episodes. Compared to other earlier wars, there are many documentaries about WWII that depict the terror of those days. More archives and private collections are opening to the public, and we get the chance to see new photos of the war. Realistic colorized images are among the most interesting, they convey the atmosphere of those years better than other photos.

These photos, taken in 1942, are all about occupied Kharkiv, Ukraine. Some buildings on its streets were already destroyed by artillery fire and air attacks, but the following year of 1943 would be even more devastating for the city. We see that the city occupied by the enemy was still living its life: people sold and bought stuff, used transport, stared at the propagandistic German signs and posters. 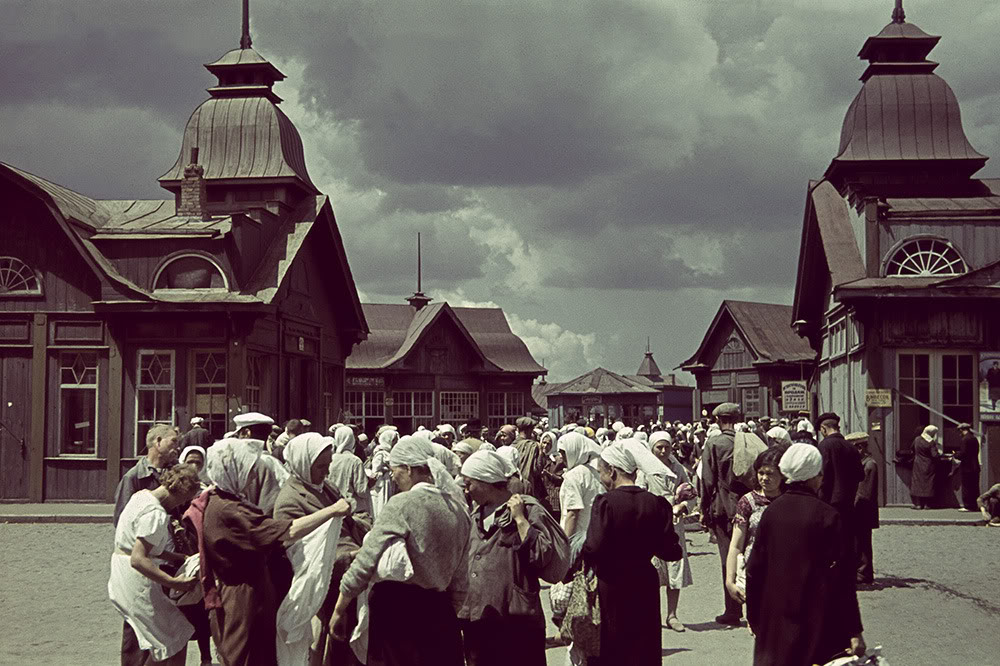 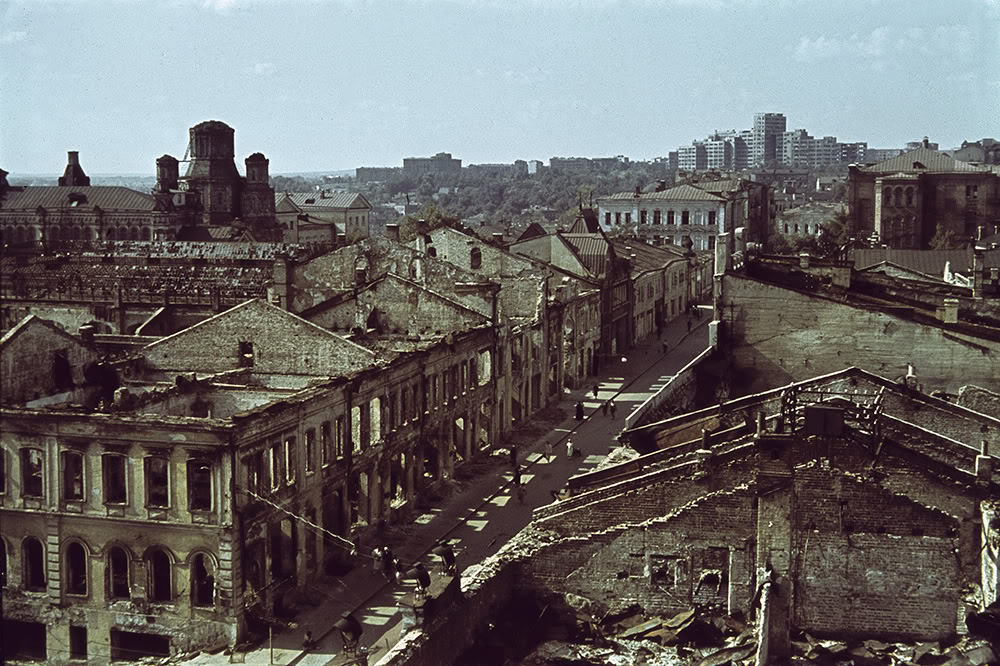 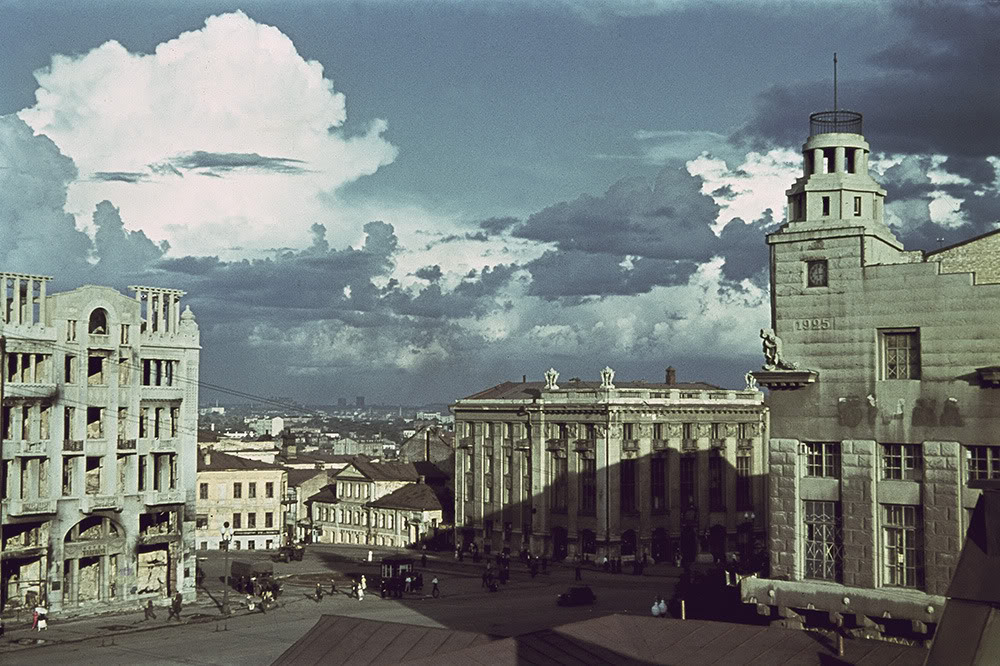 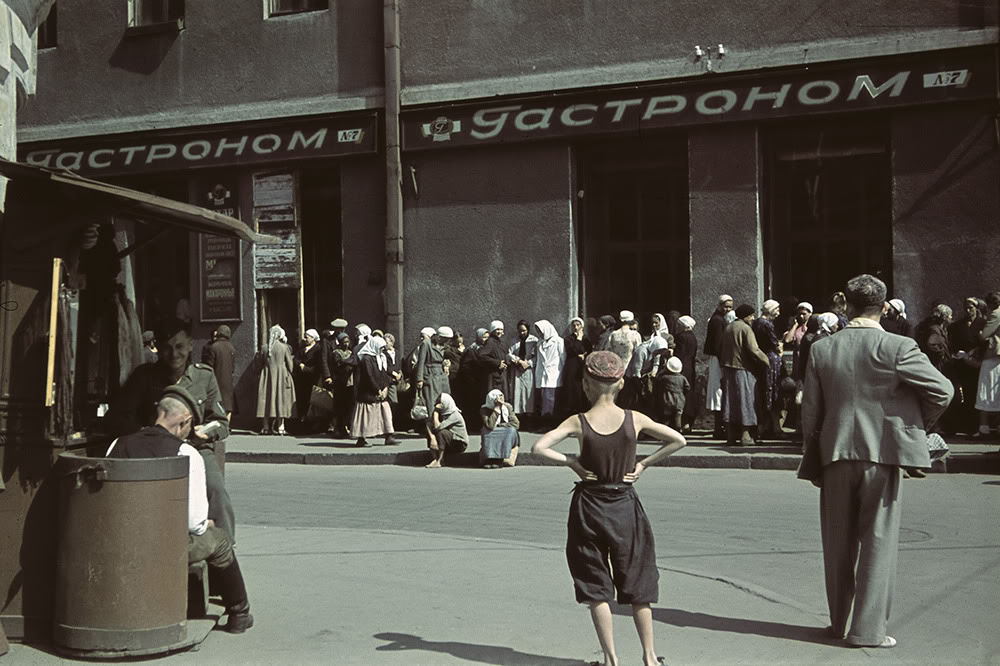 People standing in a line for food. 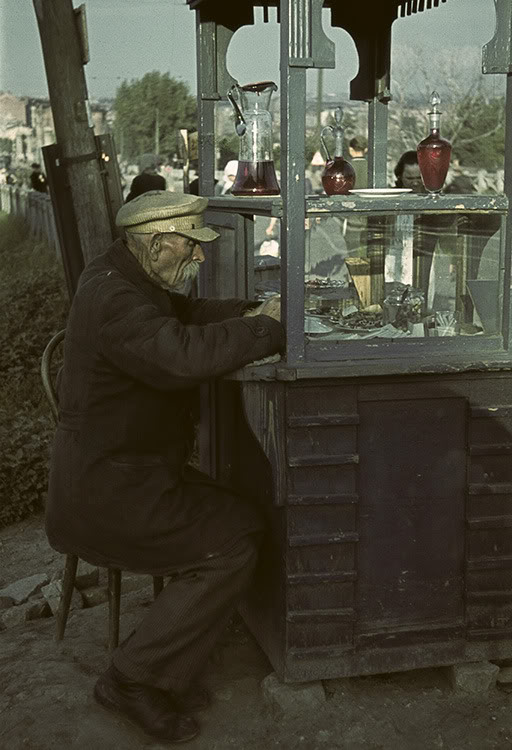 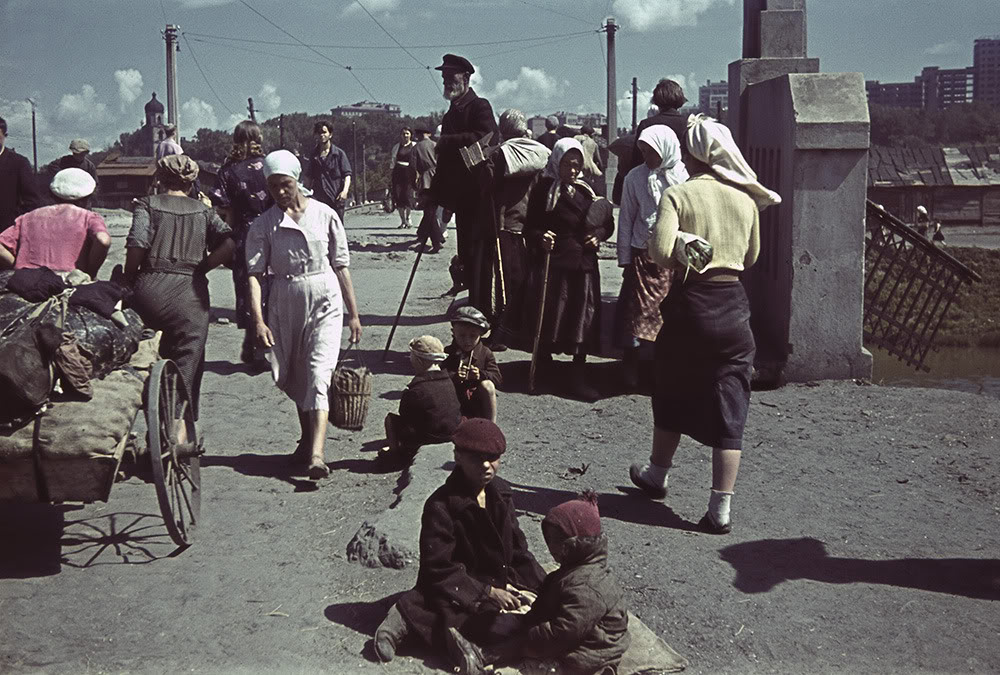 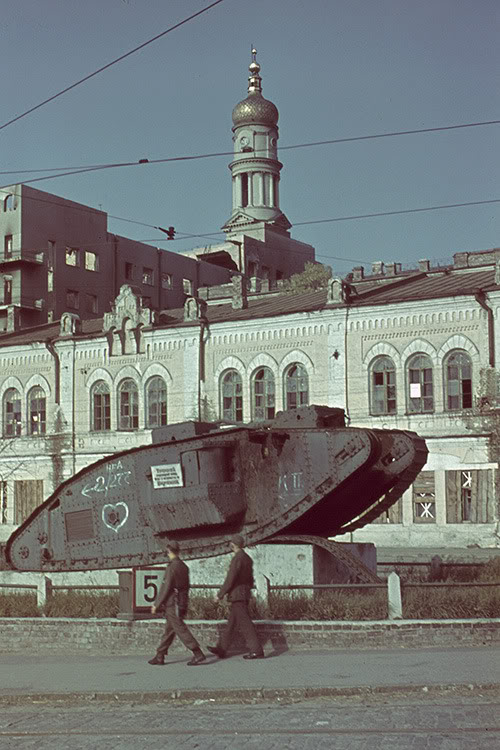 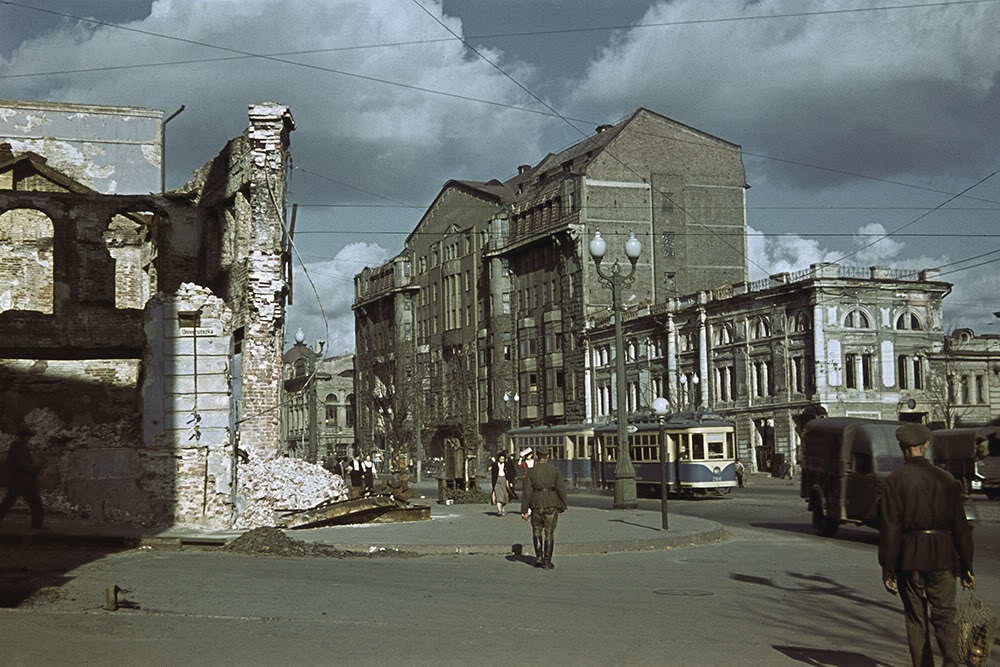 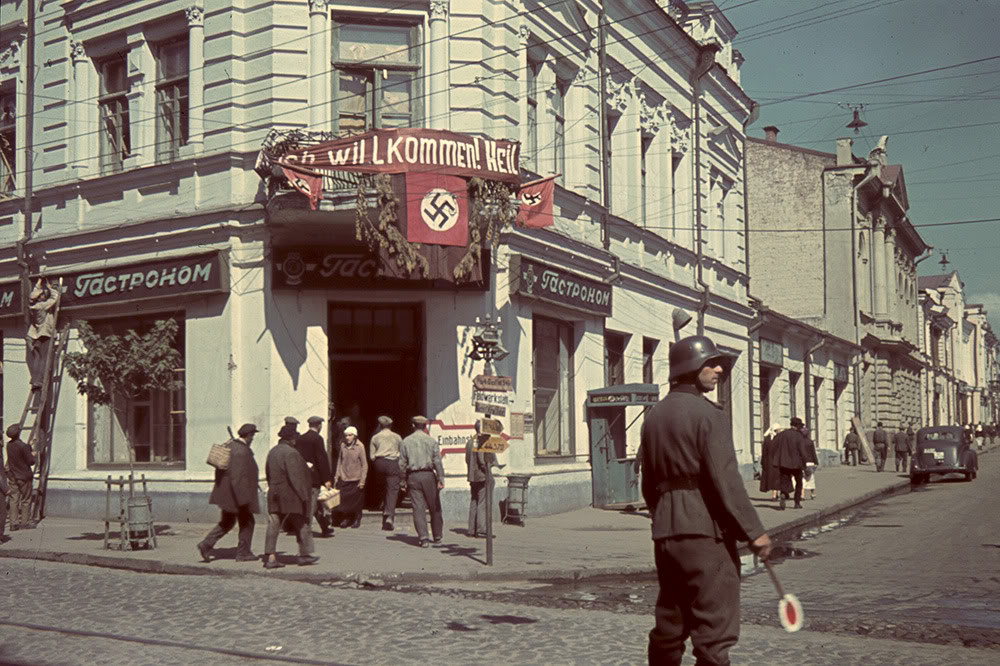 1 thought on “Colorized Photos of Kharkiv Occupied by Nazi Germans”