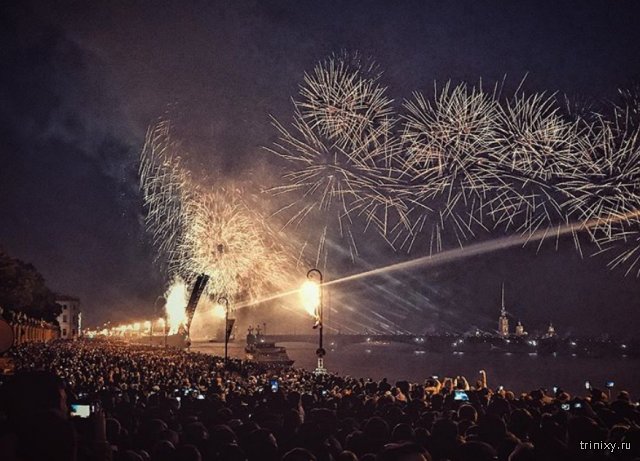 On the night of June 24 Saint Petersburg had a huge celebration for graduates “Scarlet Sails” (“Alye Parusa”). It began with a concert and finished with amazing fireworks over the Neva river. A new brigantine “Russia” became the star on the water. 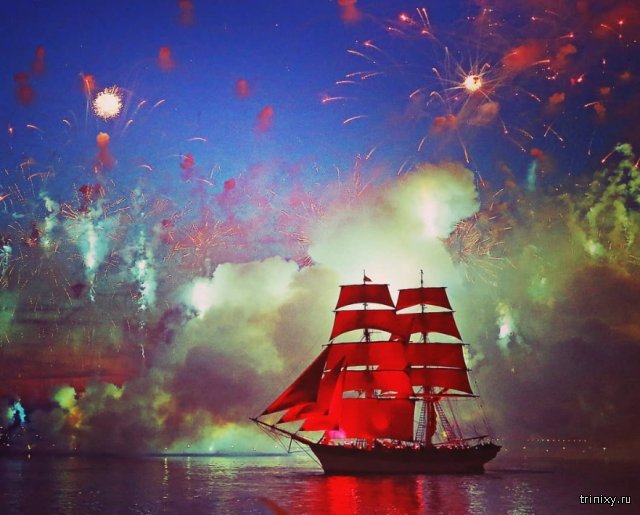 Tens of thousands of students from Russia, Belarus, Moldova, Armenia and other countries and republics visited the event – over 1,5 million people in general, 80 thousand of them were school and college graduates. 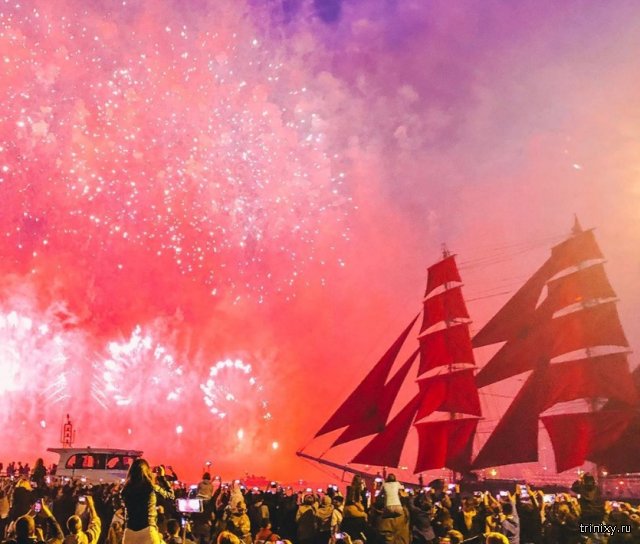 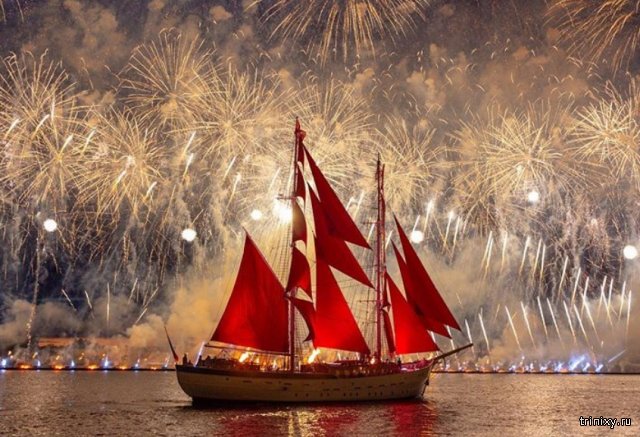 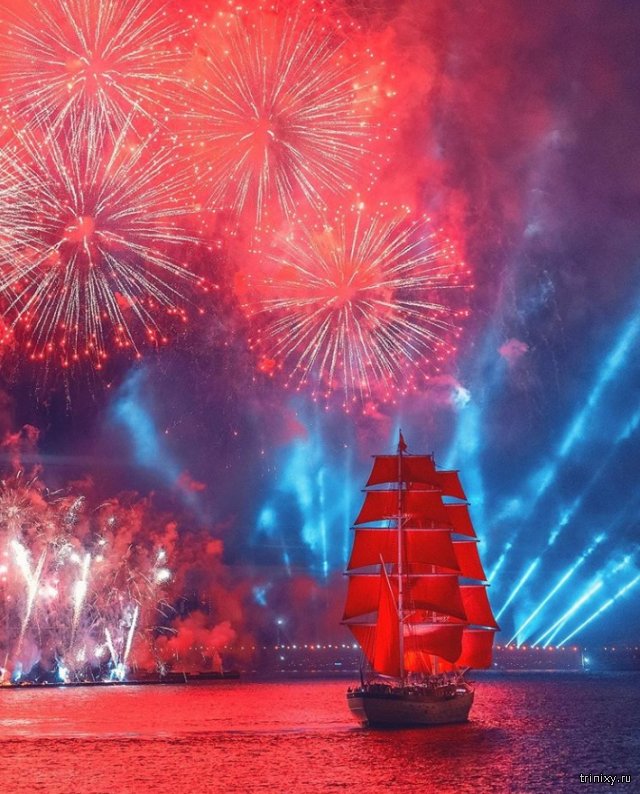 It became the fifteenth “Scarlet Sails” celebration for graduates. 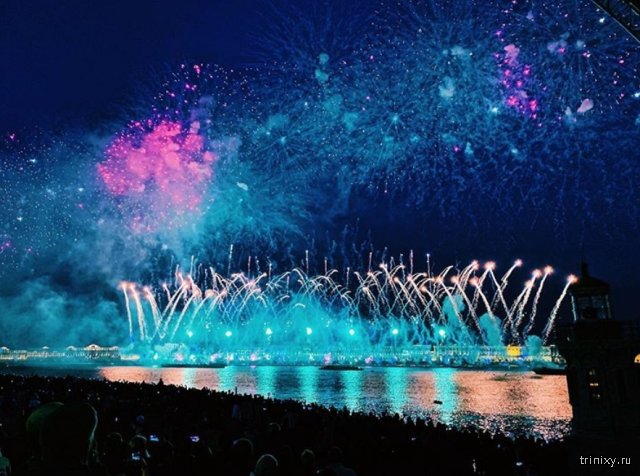 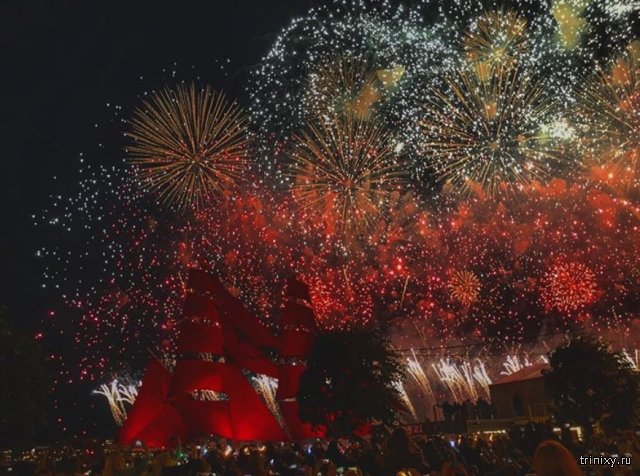 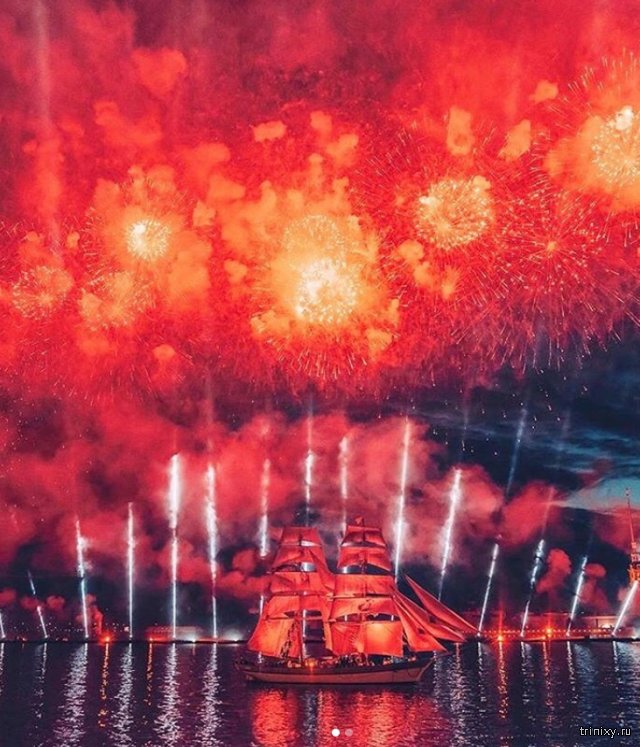 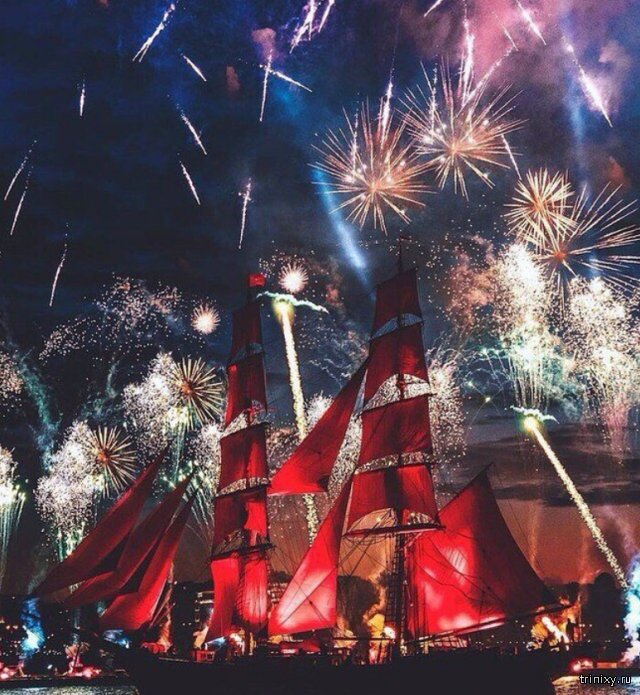 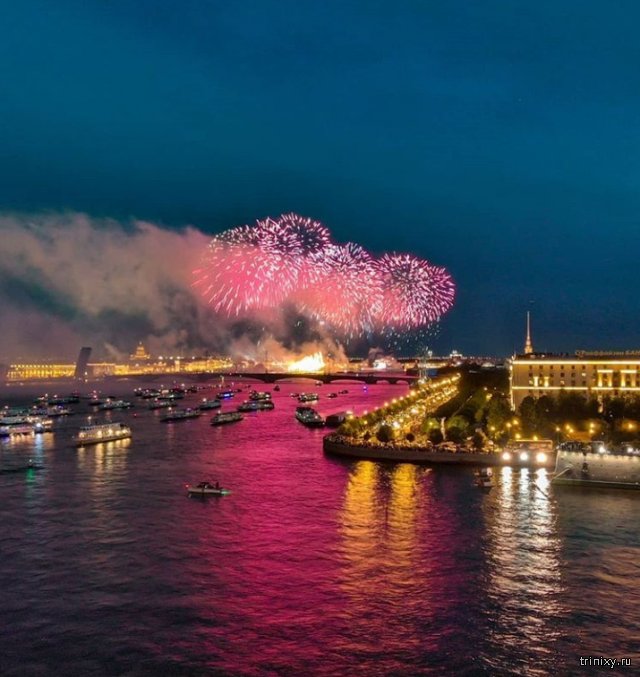