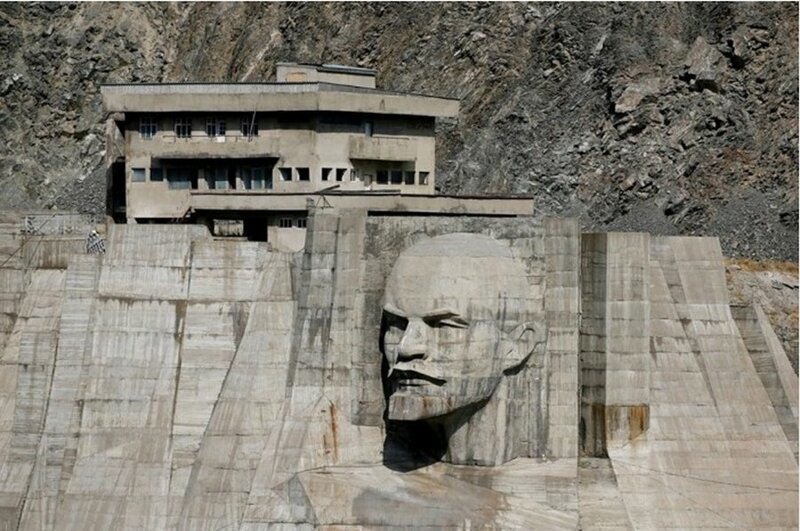 There were a whole lot of monuments to Lenin in the the USSR, and there are many still standing in the cities of Russia and the ex-Soviet countries. They remind us of the great epoch and are monuments to the enormous amount of labor and resources spent on the construction of great objects. This Lenin’s head at the Kirov reservoir in Kyrgyzstan is one such significant monument. 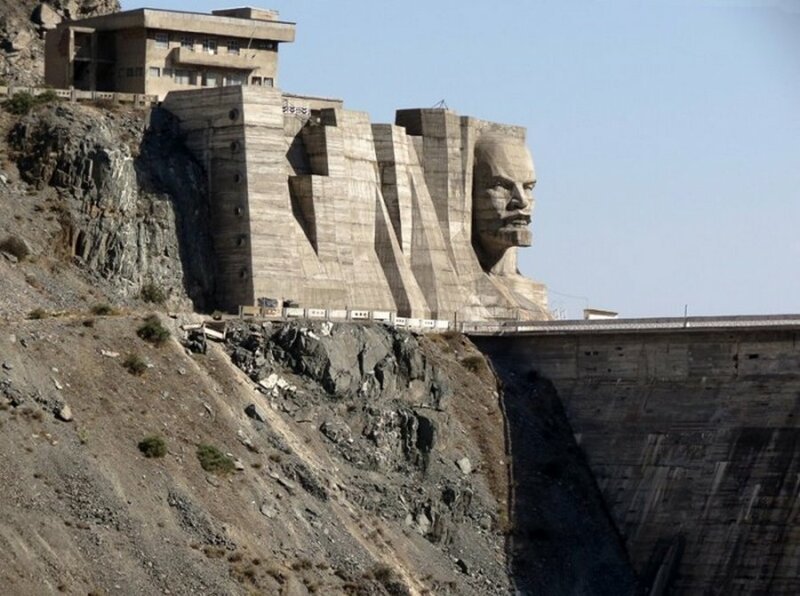 The reservoir was built in the 1960-70s for irrigation of the Talas valley, in the zone of the 9-point seismic activity. With it, local farmers had the opportunity to grow vegetables, herbs and feed crops in an arid climate.

They were also given the cool spectacle of a massive Lenin’s head as high as a five-storey building, as well as a picturesque relief made by a group of artists in honor of the workers of Kyrgyzstan. 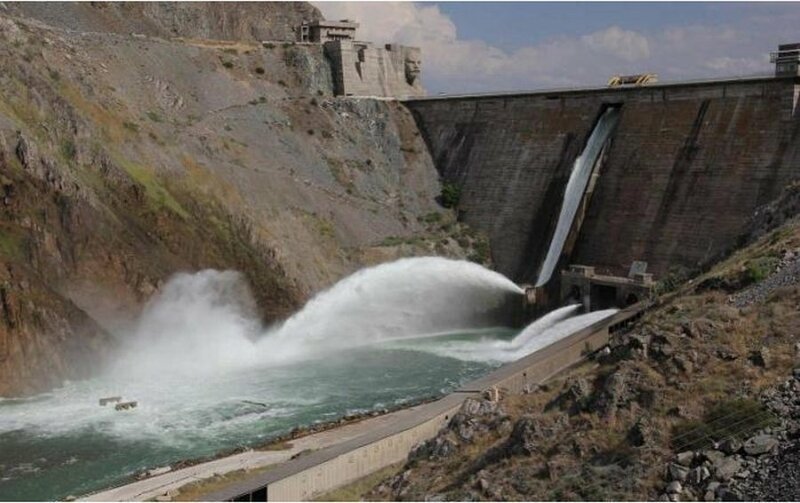 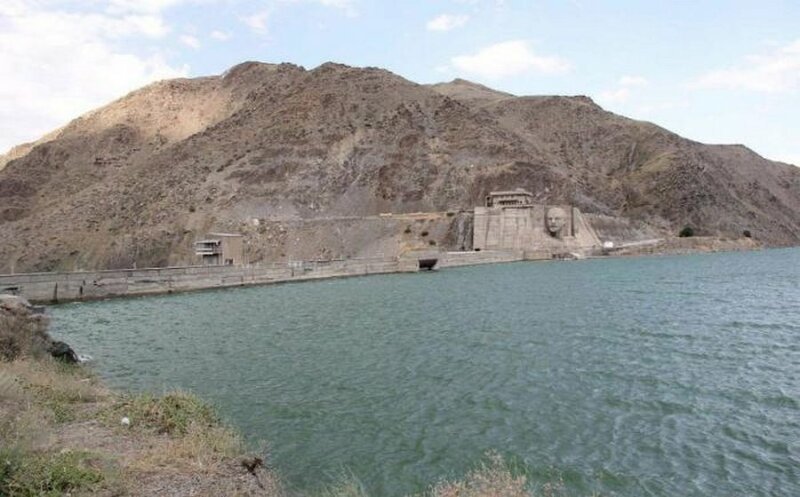 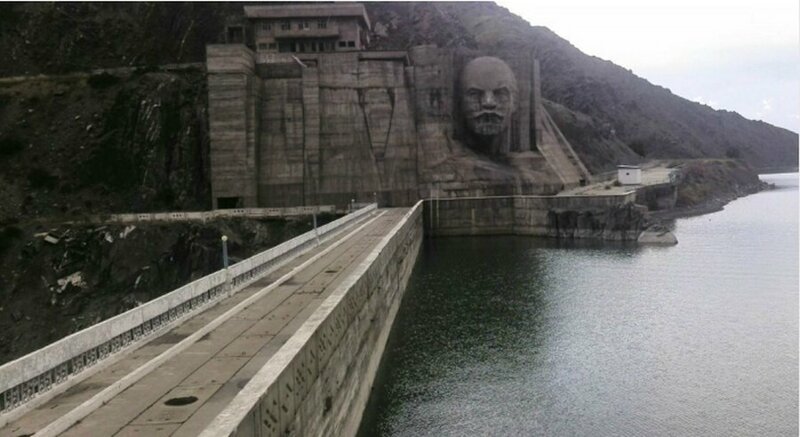 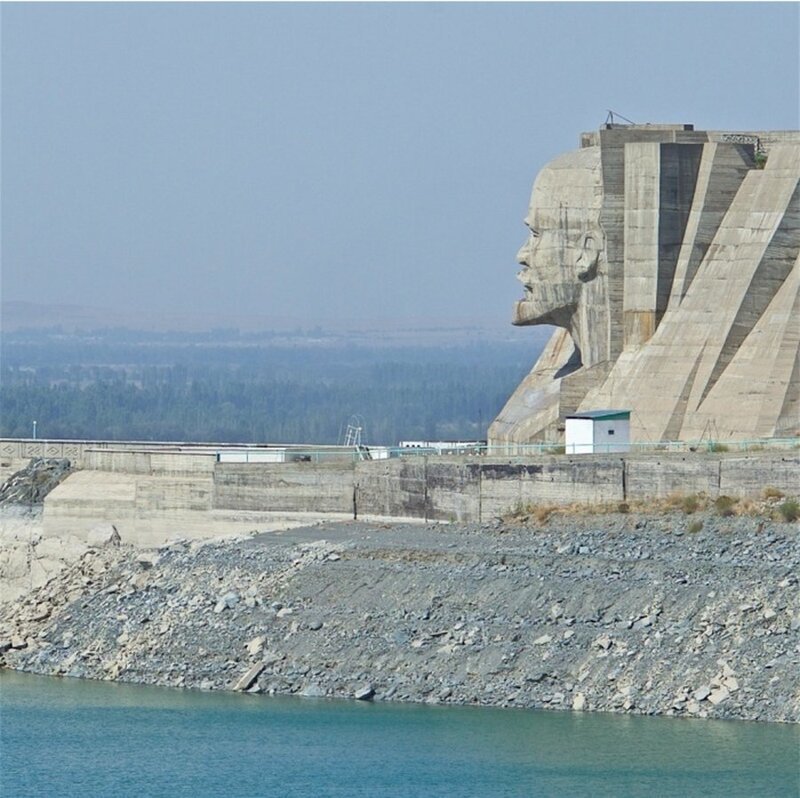 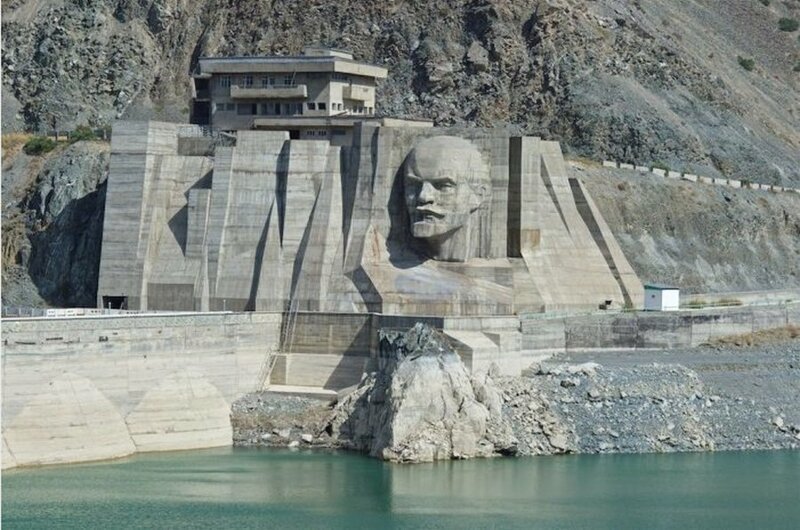