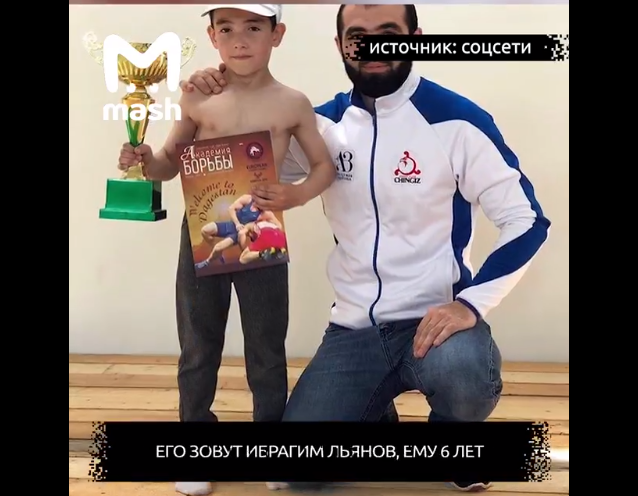 Meet Ibragim Lyanov, 6, from Ingushetia who’s stronger than any adult. He has done 5555 push ups and set a new record. The previous one belonged to Rakhim Kuriev from Chechnya who had done 4105 push ups. The coach and the parents of Ibragim say that he can do even eight thousand. In June the boy plans to set a new official record of Russia at the height of a 100 meters tower “Soglasiye” in Magas.