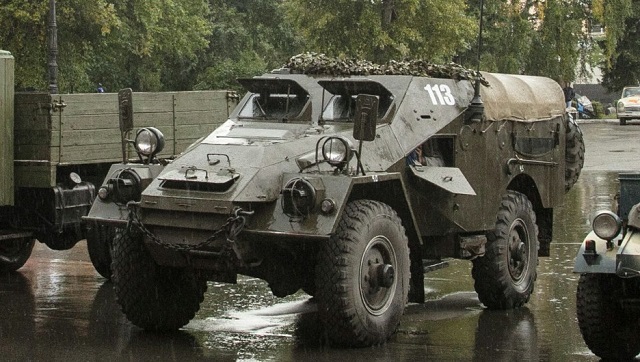 Valery Babailov from Novoaltaysk gets to work by an unusual means of transport – armored vehicle BTR-40 made in 1949. Valery and the BTR first met like a couple in a Hollywood love story. In 2012 he saw the BTR (what remained of it, to be more precise) at the place of one citizen of the Kemerovo region, who was gradually cutting the vehicle into pieces for scrap metal. Valery couldn’t stand such abuse of the BTR and decided to buy it. 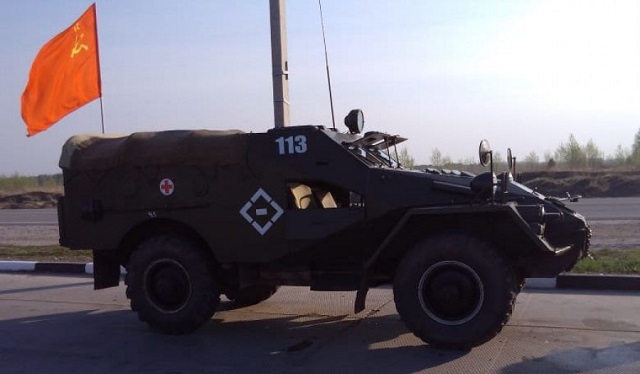 By that time Valery had already restored an all-wheel drive “Pobeda” and GAZ-63 truck. He was restoring the BTR-40 for long five years. Enthusiasts from all over the country helped Valery to find original parts. The GAZ engine was sent from Belarus. 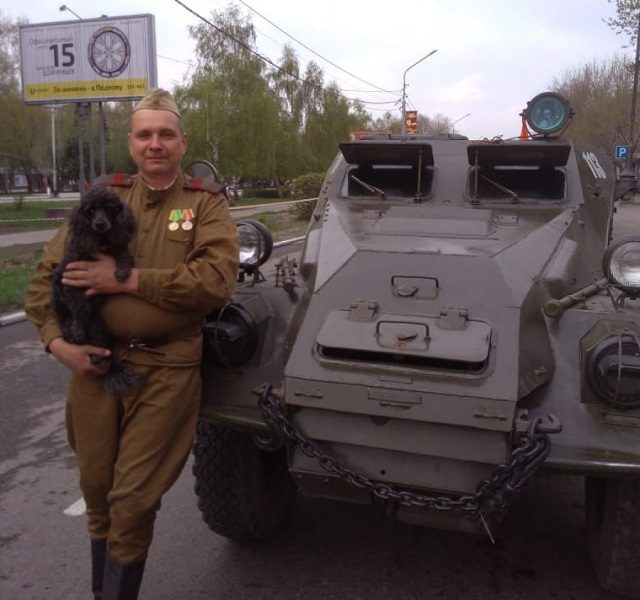 Valery is very proud of his vehicle. It is 100% functional and able to travel all over the world. Its owner believes the vehicle to have participated in uprising-suppression operations in Hungary or Czechoslovakia, and the bullet marks serve as an additional argument.

He drives his BTR as a car in the city and has no problems. He easily registered the vehicle as an armored one (as a “security car”) and managed to obtain insurance. Now he daily travels seven kilometers to work and back by the BTR, sometimes goes to Barnaul and even further – to Chemal and Novosibirsk.

Valery is often stopped by road police, but he is a careful driver with 40-years experience, so he never gets fined.