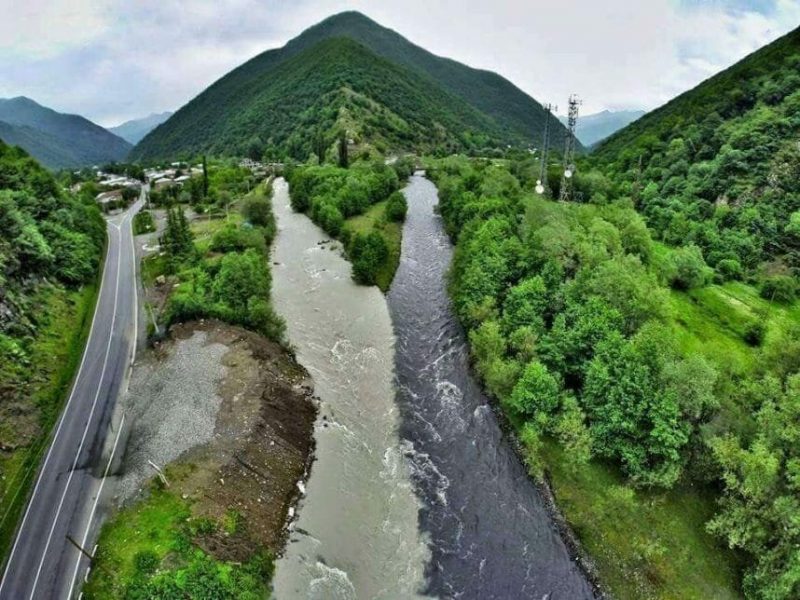 There is an incredible place that attracts many tourists in the east of Georgia, the region Mtskheta-Mtianeti (near Pasanauri village). You can see the confluence of two rivers there – the white Aragvi and the black Aragvi. 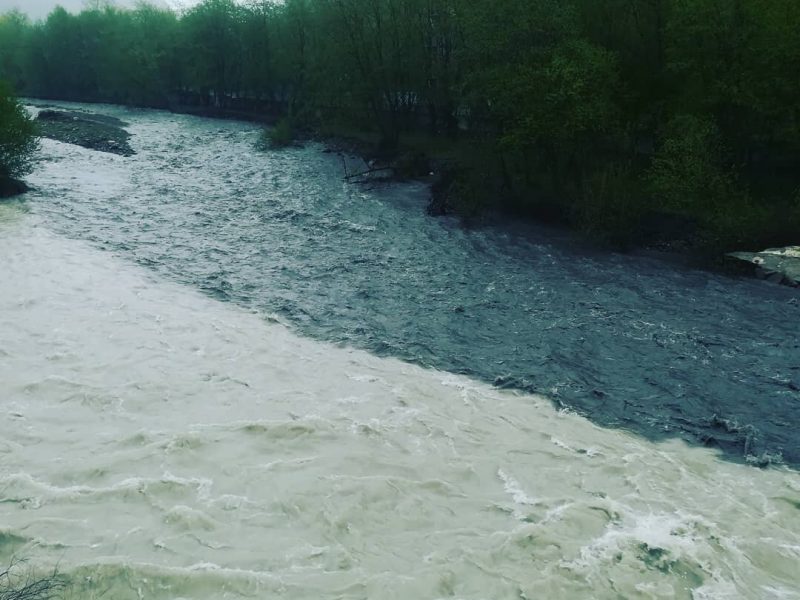 The most amazing thing that the flows of two rivers do not mix up and look as a black-white stream. A bit lower they meet another river – Pshavskaya Aragvi of a blue-green color. 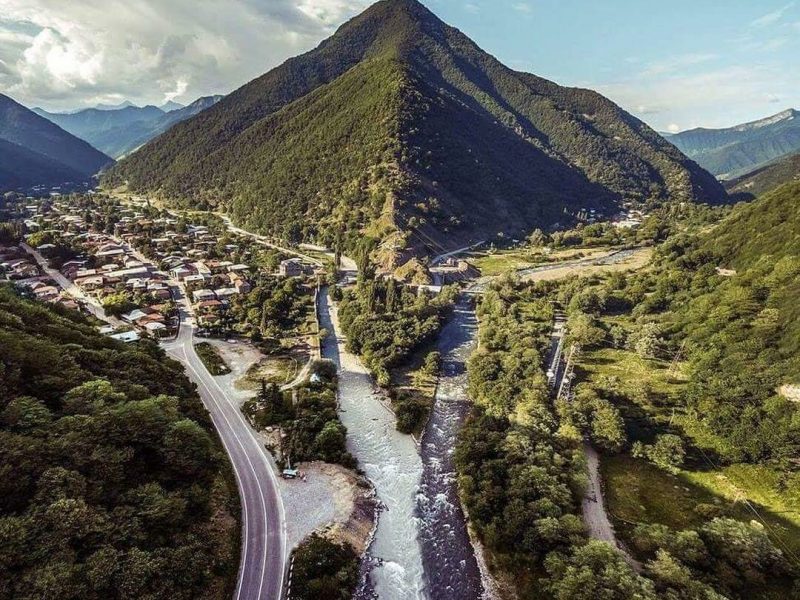 According to the local legend, the two rivers are sisters – blonde and brunette who fell in love with one and the same brave knight. The knight married the fair-haired sister, and the dark-haired one, to stay out of their happiness, jumped from the mountain and turned into the black river. The blonde began to miss her so much, that also took her own life and turned into the white river. The third river is the knight himself who became the reason of two deaths and could not live with this… 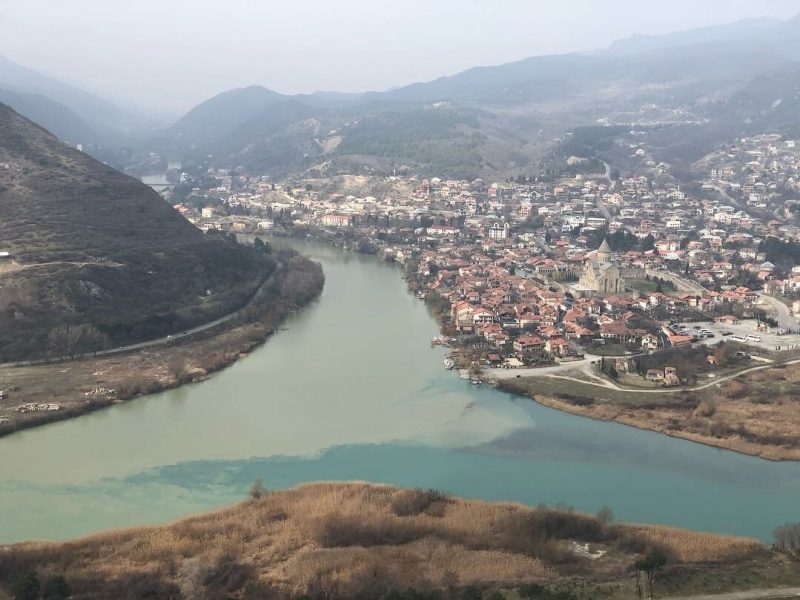 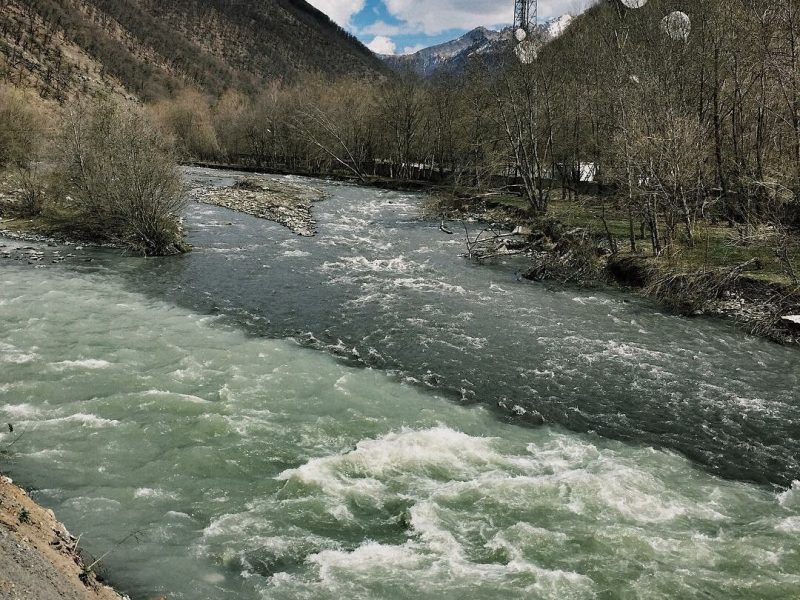 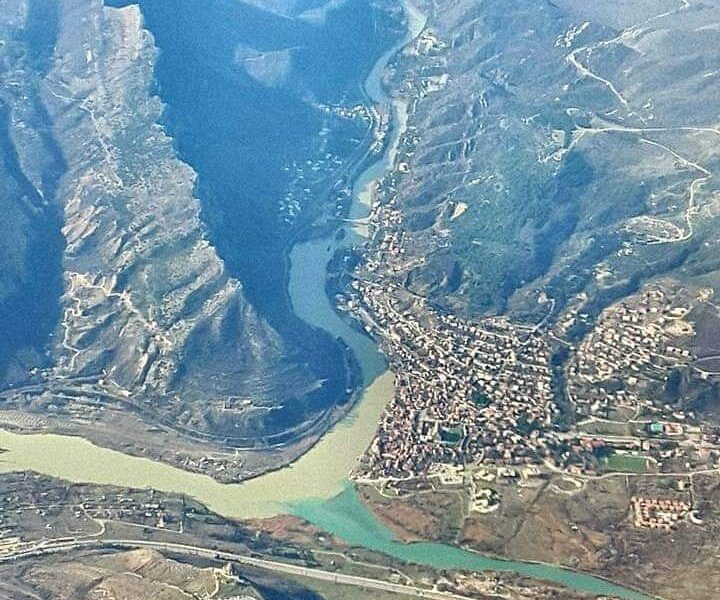 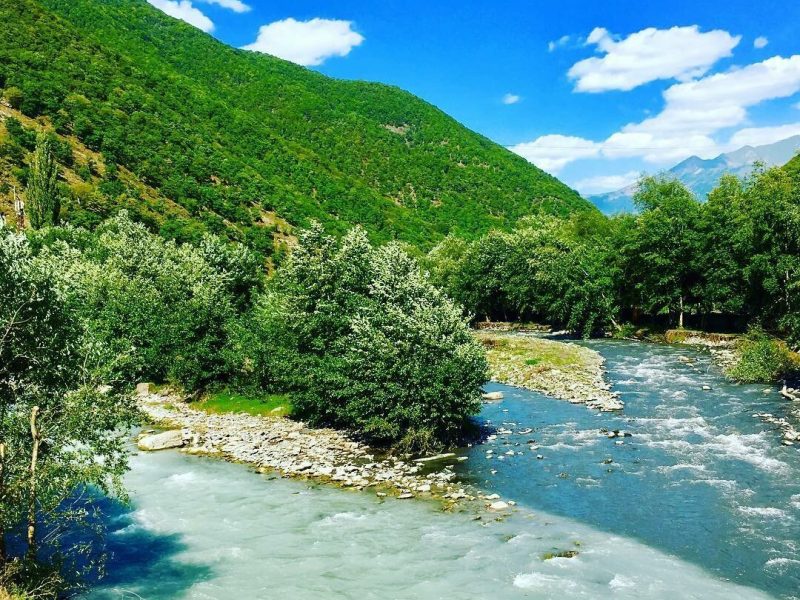 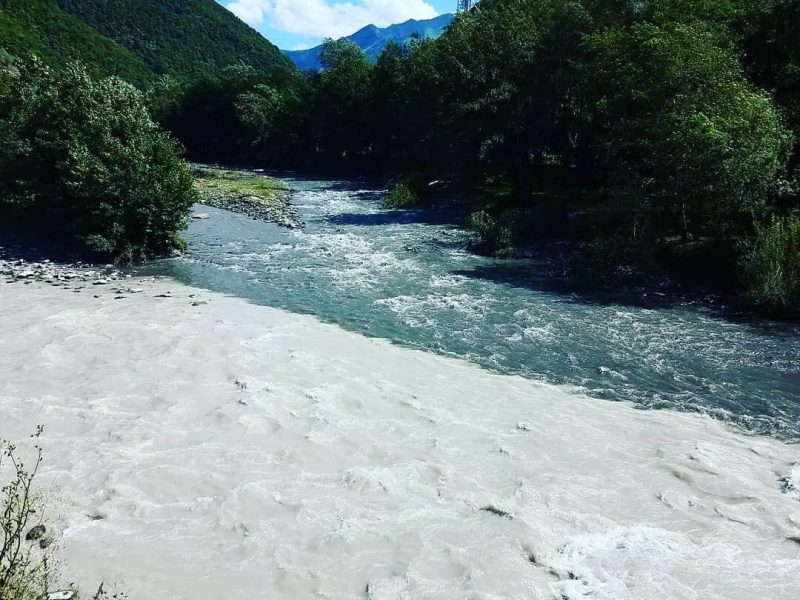