Each May creative individuals from Russia make new war related billboards to patriots of their country. But, unfortunately, they do not have enough knowledge or diligence to find appropriate images for their celebratory creations. Look at the craziest ones after the jump.

This billboard in Ivanteevka, Moscow region made a huge stir. Under the words “They fought for Motherland” people saw a recognizable crew of the German “Junkers”.

Billboard “The Victory of grandfather is my victory”. Probably they could not find Soviet soldiers among all those grandfathers..

Barnaul, Russia. An American soldier with palm trees of Guam island in the Pacific Ocean… 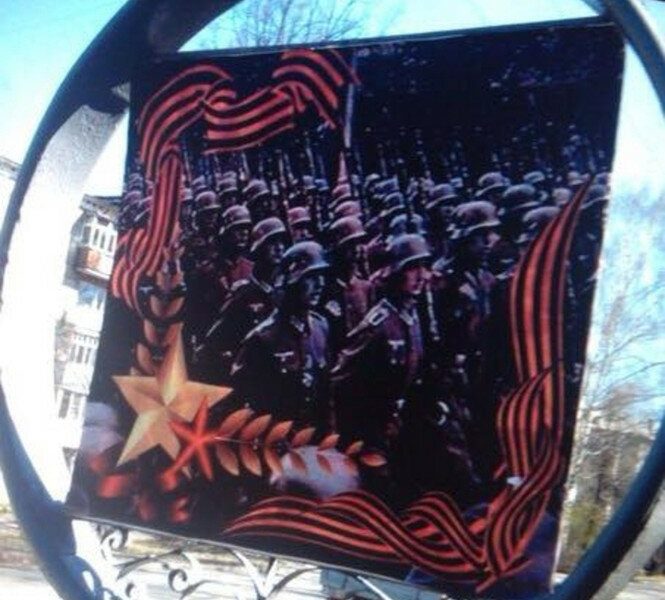 Sverdlovsk. You are greeted by Wehrmacht soldiers.

“It is our victory!” – exclaimed by American soldiers with a flag over the Japanese island Iwajima.

Cheboksary city thinks it is Serbia.

Kaliningrad and a time travel. 1915, Dardanelles. Even the pith helmets on the heads of the soldiers didn’t confuse the designer. 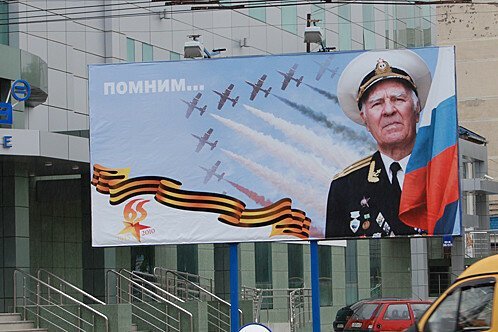 Krasnodar and the Russian flag. But what the French air forces are doing there? 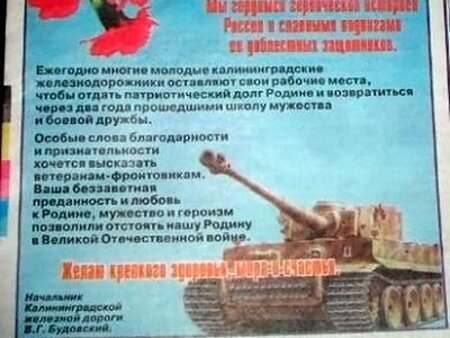 German Tigers on the festive billboards in Kaliningrad.

Voronezh. Is it an American tank Sherman with a white star US Army?

Citizens of Cheboksary are congratulated on the Victory Day with the image of the German mortar! 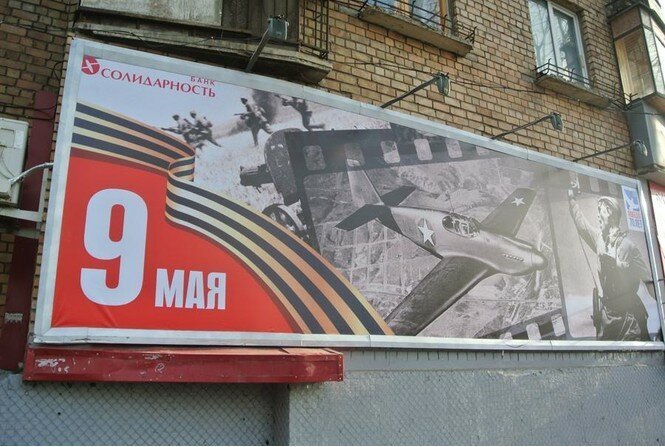 Samara. A Soviet commander is calling the American Mustang-1 out for attack! 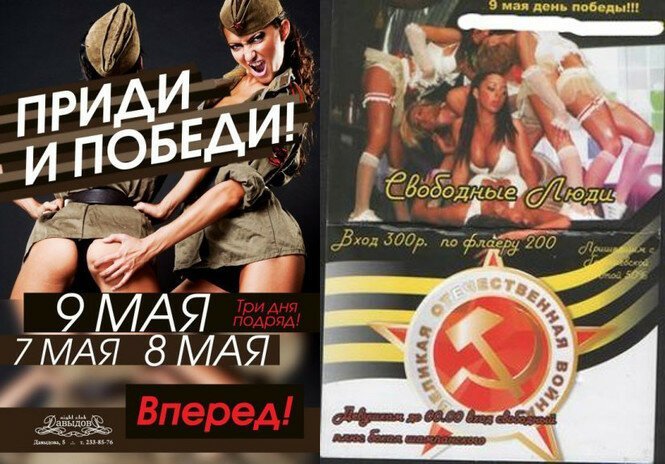 And this one as a bonus. Beautiful half-naked women are always good, but not in this context.

9 thoughts on “The Worst Billboards Failures of the Victory Day”