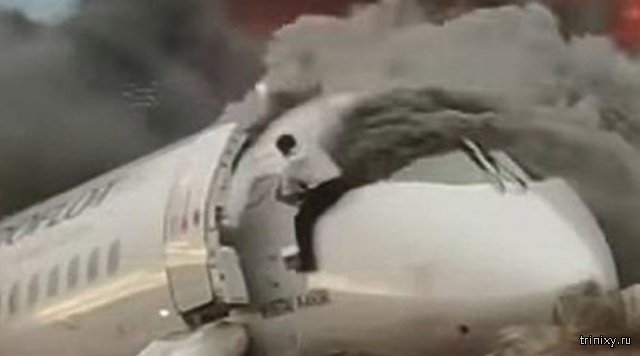 These shots have appeared on the web just recently, we see a pilot who used a rope to save himself from the burning plane Sukhoi Superjet but then attempted to get back. There are two versions explaining his actions: 1) he wanted to help a crew captain; 2) he wanted to save the flight documentation. 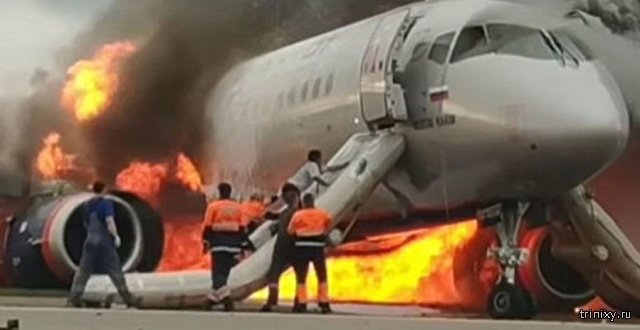 The rescue staff tried to keep the pilot off the plane. Probably the incident will be clarified soon. 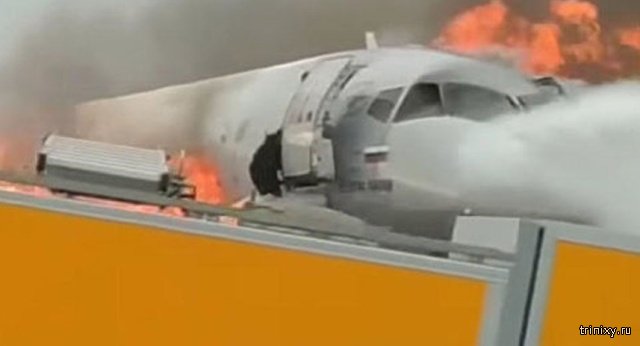 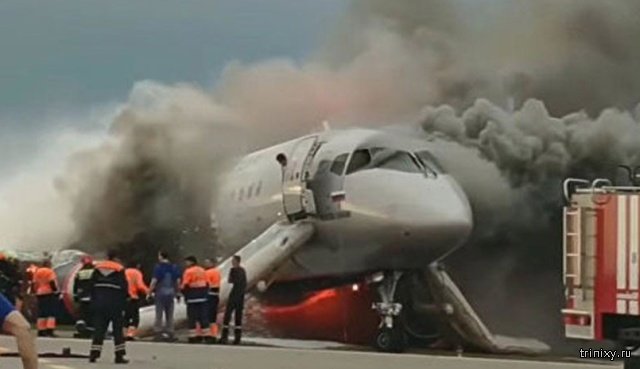