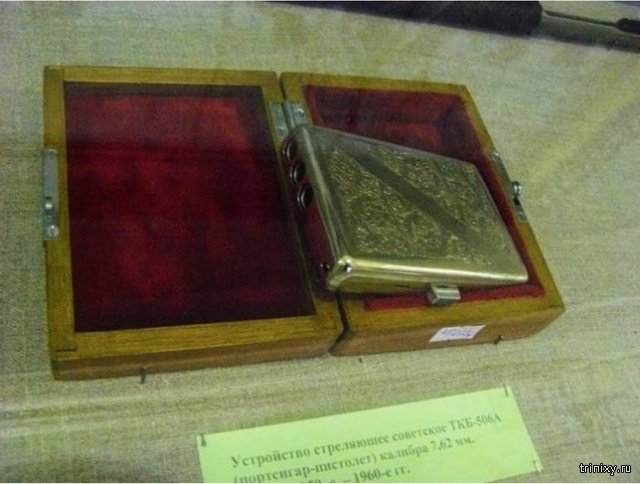 After the WWII the world faced many changes. Among the important things was the opposition of the communist and capitalist worlds with a subsequent arms race and secret operations. That was the time to invent numerous spy gadgets, many of them were really interesting and cool to look at in the present day.

This cigarette case TKB-506 invented by a Soviet engineer Igor Stechnkin, for example, could shoot someone dead… 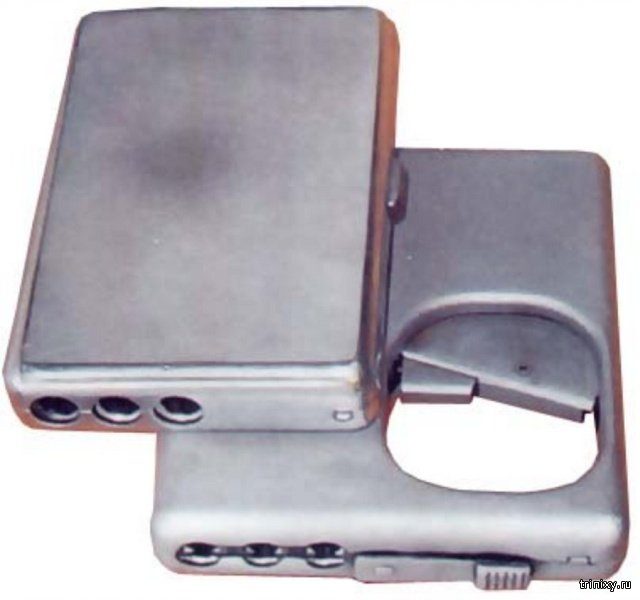 The cigarette case TKB-506 was provided by a three-charged shooting device. Though it looked as an ordinary cigarette cas, its mechanism was fatal.

The case was shooting with SP-1 cartridge of 7,62 mm calibre. During a shot the cartridge locked impringing gas inside, so it didn’t produce smoke and noise. The sound of the shot reminded knocking on table. The cartridge easily stroke through a thick phone book. 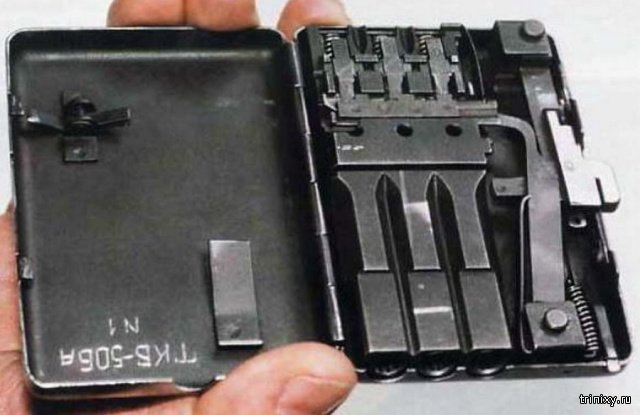 KGB and GRU officers were armed with such cigarette cases since 1955.