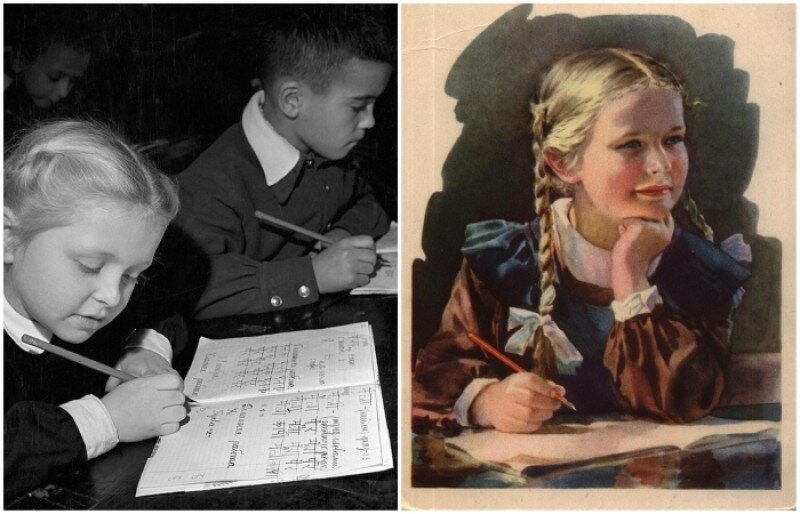 Calligraphy was paid much attention to in a Soviet school. It was believed that neat handwriting formed perseverance and accuracy, helped to bring thoughts under control. Today, looking at these copybooks, it’s hard to believe that they belonged to elementary school students. 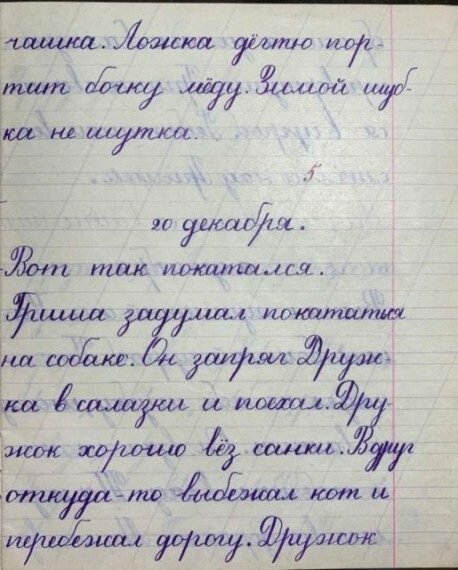 In most Soviet schools children were taught calligrahy till the mid 1970s. They wrote with a quill until 1968 and later with an ink pen. In 1969 calligraphy as a separate subject was eliminated but children still had so-called “calligraphy minutes”. 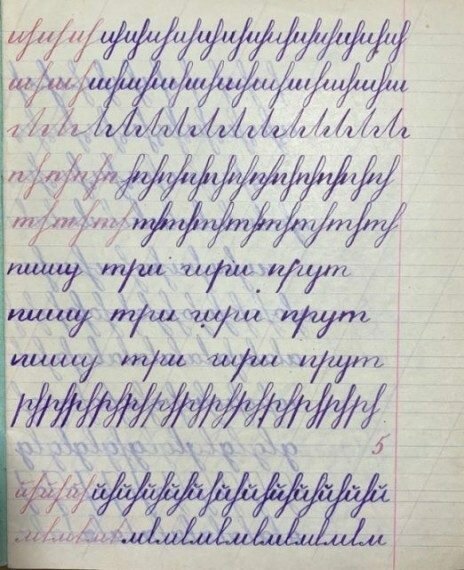 Children had to ink over print writing samples multiple times. 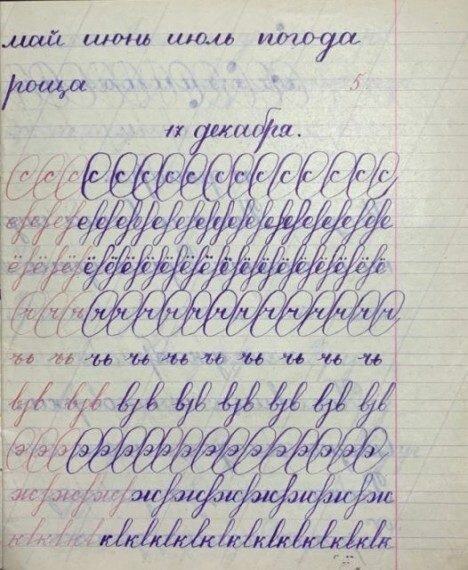 Since the late XIX century to the end of the 1950s students applied spillproff inkstands. At school they used purple ink based on water, it took time to dry out. 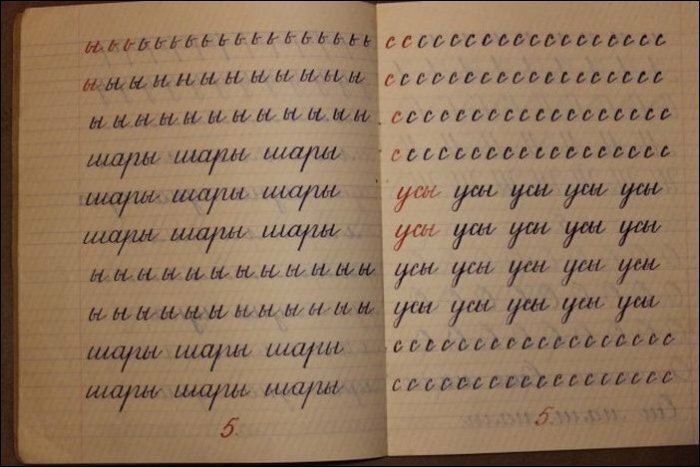 Until the late 1960s Soviet elementary school students, just like before the revolution, used ordinary pens that looked like wooden sticks with metal tips with feathers inserted inside. 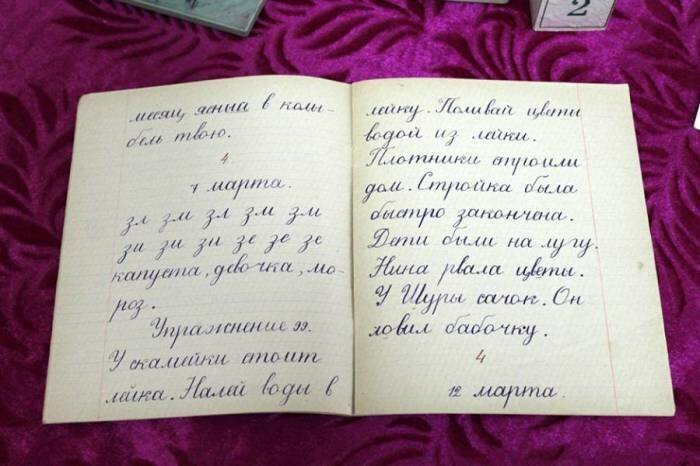 Attitude to blots was strict, as a punishment kids were rewriting texts again and again. 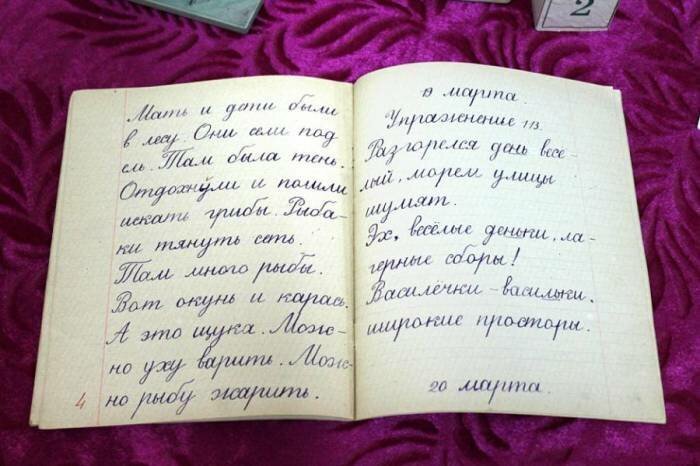 In matters of neatness and diligence schoolchildren of the Soviet time, like their pre-revolutionary peers, were ruled by prohibitions, not permissions. “Forbidden” was the key word. 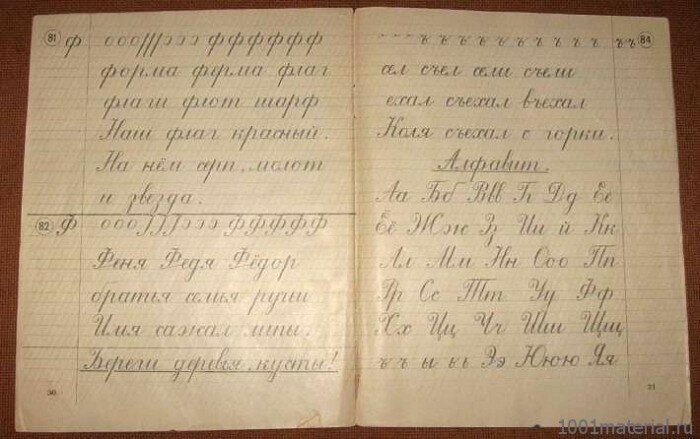 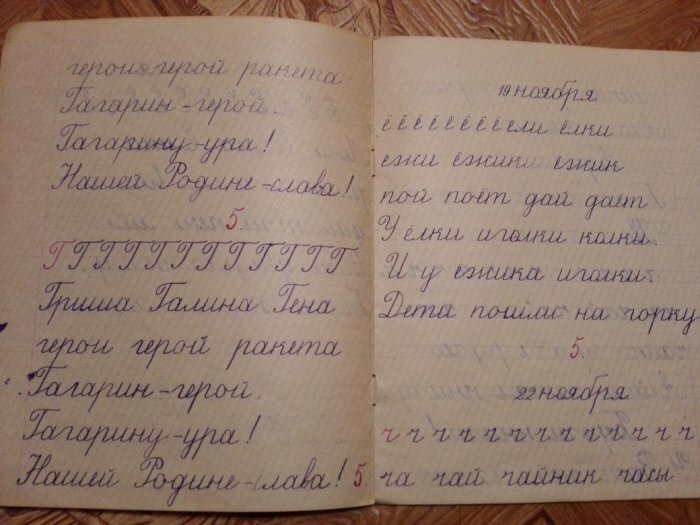 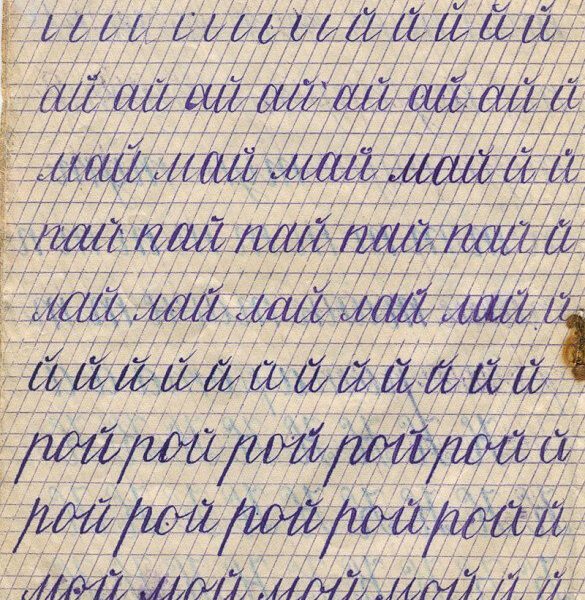 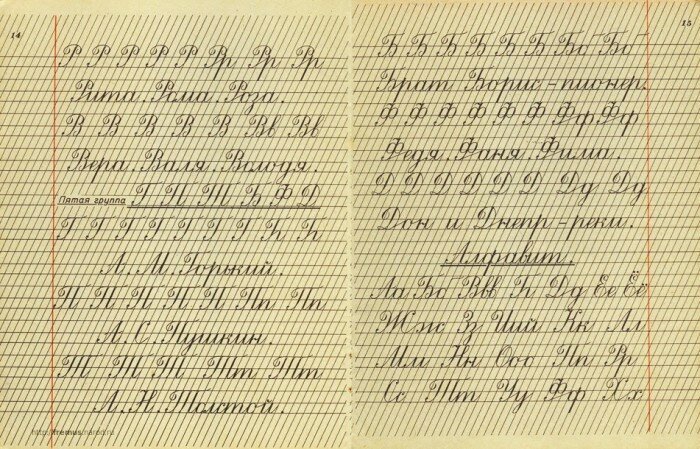 3 thoughts on “Calligraphy In Soviet Schools”