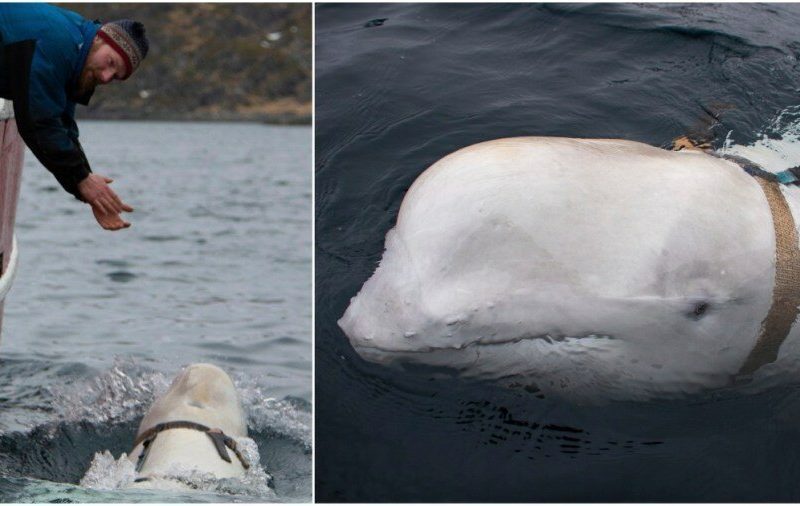 When the white whale approached the boat of the Norwegian fishermen, they noticed a belt with a fastening device for a action-cam fixed tightly on the creature. The device had a marking “Equipment of Saint Petersburg”. The animal seemed to be tamed, it was friendly and even let the men touch and caress it. 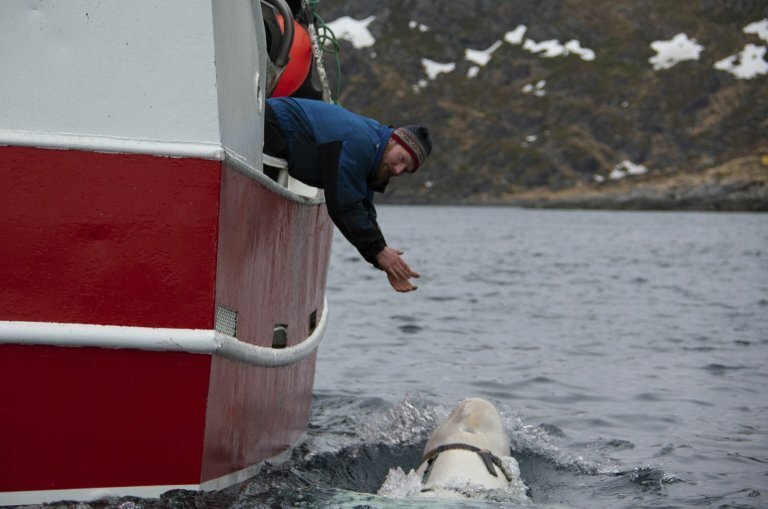 The biologists of the Norwegian marine research institute supposed that the whale belonged to the Fleet of the Russian Navy (maybe in Murmansk) and it could fled without notice. 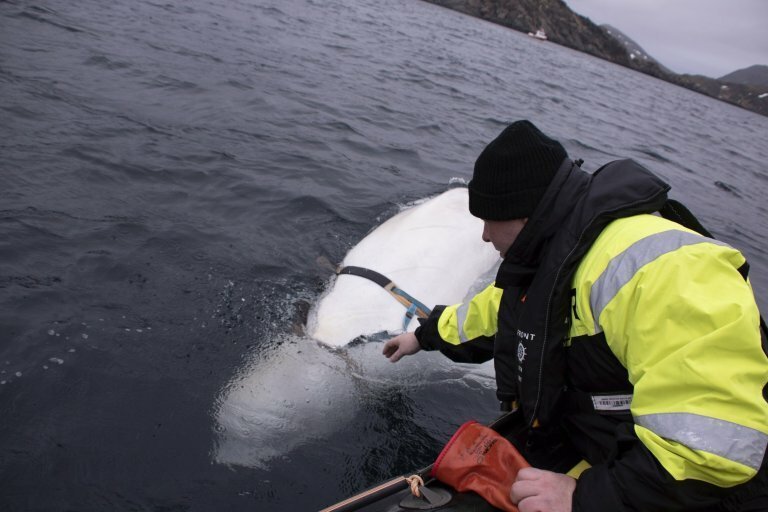 The professor of the Arctic University in Tromso said that Russians tamed whales and some of them followed Norwegian boats. Such marking, according to him, is never used by Russian or Norwegian scientists, it can only be a military one. 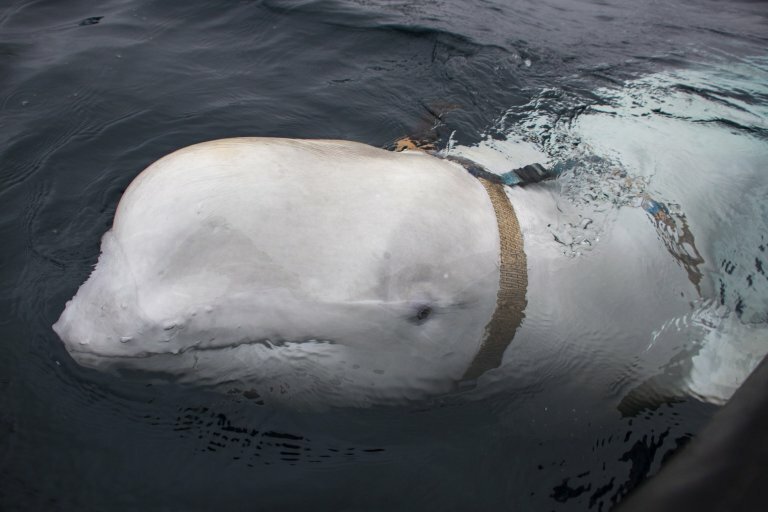