Two assault air bombs OFAB-500SHR, launched by bomber-fighters Su-34, collided in the air at “Aviamix” show. The photos catch the moment of the “submunition” detonation and the aftermath of the explosion on the ground.

Air bombs OFAB-500SHR differ from other ammo by their usability at low heights. A brake parachute allows a person to retreat a safe distance away. The air bomb has three warheads for a more expansive coverage. The weight of the warheads varies from 80 to 142 kg. 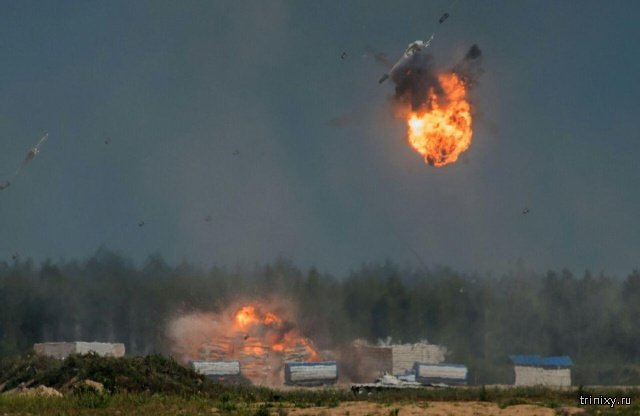