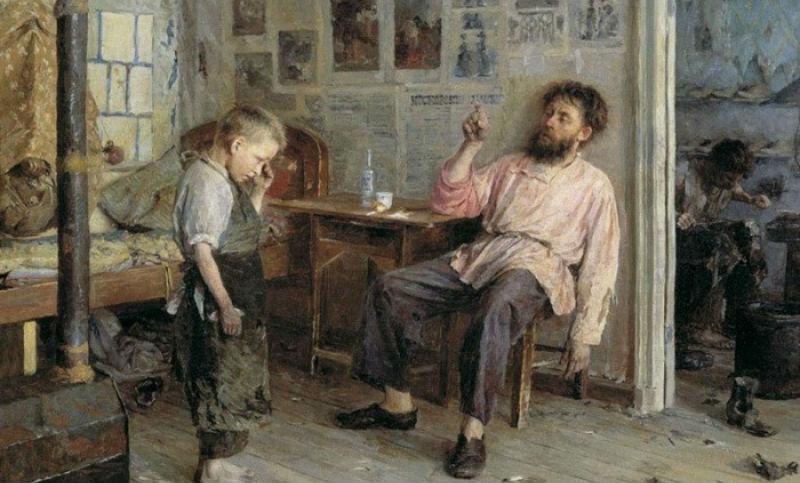 Great art does not always praise the sublime. It also may depict the society from its unseemly side. They usually find place in the remotest corners of galleries, being avoided from school books. 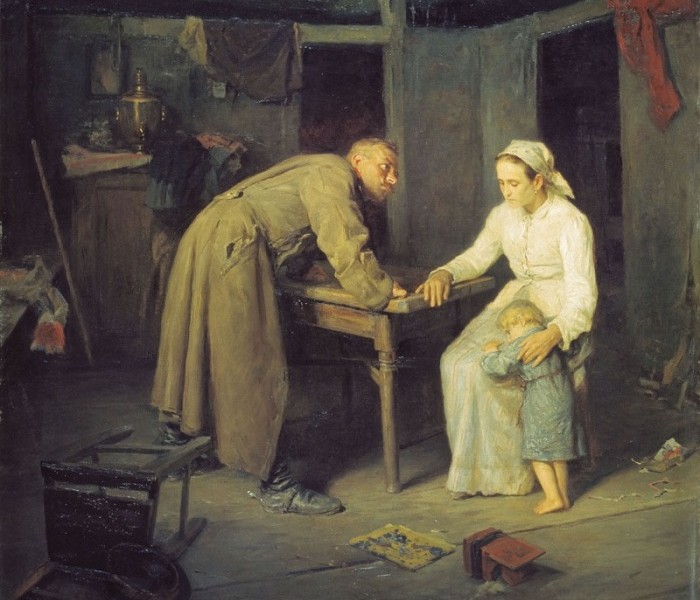 Korzukhin was among the first Russian artists to show rightlessness of women compared to men in the society. Above is a drunk man who came back home, making his wife and child fear. 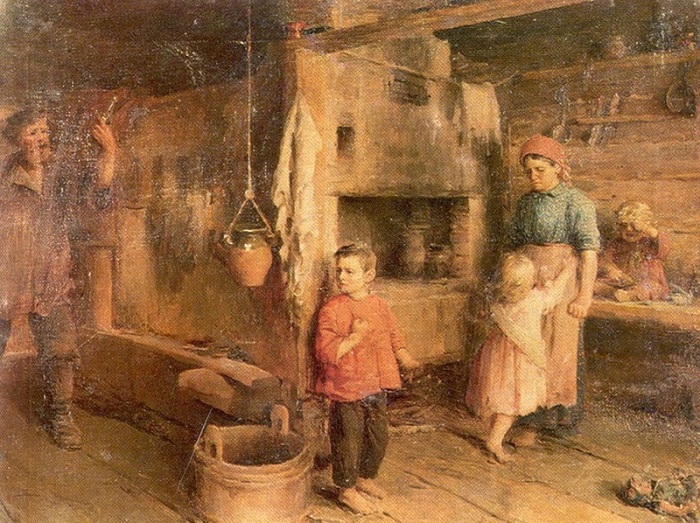 Gorokhov painted village life and despotic men who terrorized their families by bringing another bottle home and getting drunk again and again. 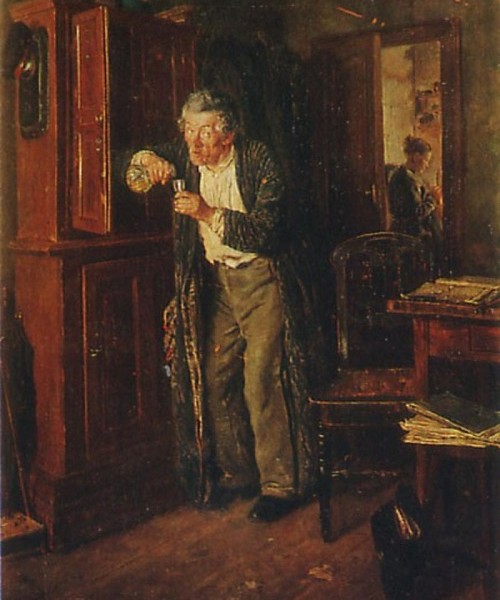 In some families the rule belonged to women. Their drinking husbands didn’t behave wildly but bashfully. 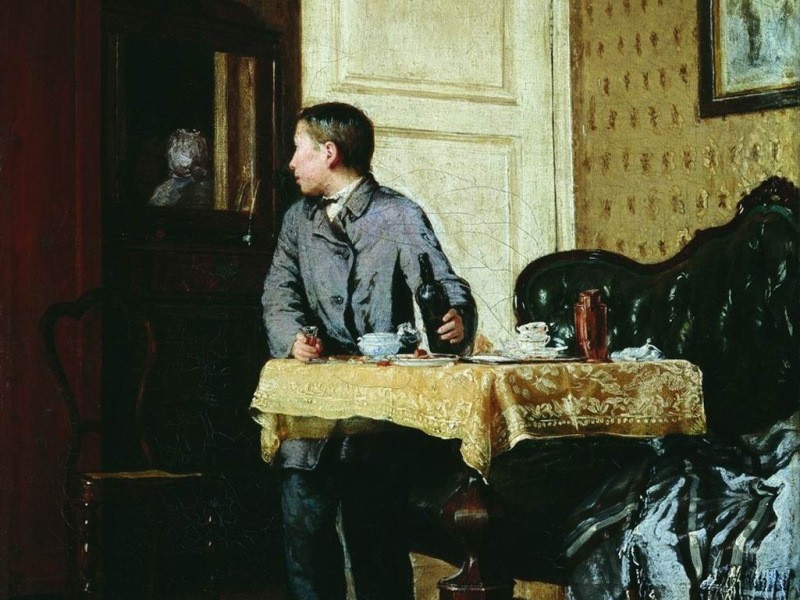 Green youngsters didn’t wish to be in arrears of their fathers and unconsciously became the same tyrants as their dads. 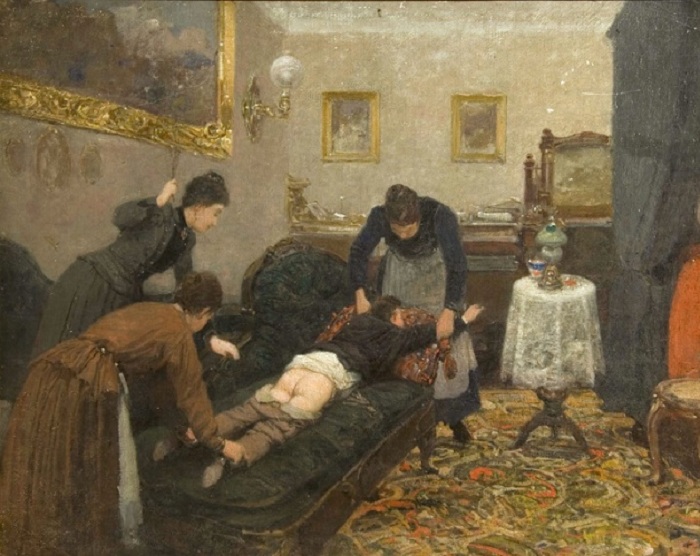 Even minor tricks of children could be punished rather severely. They were whipped and birched. It happened even in wealthy families. Parents thought strict punishment helped them to steer kids onto the right path. 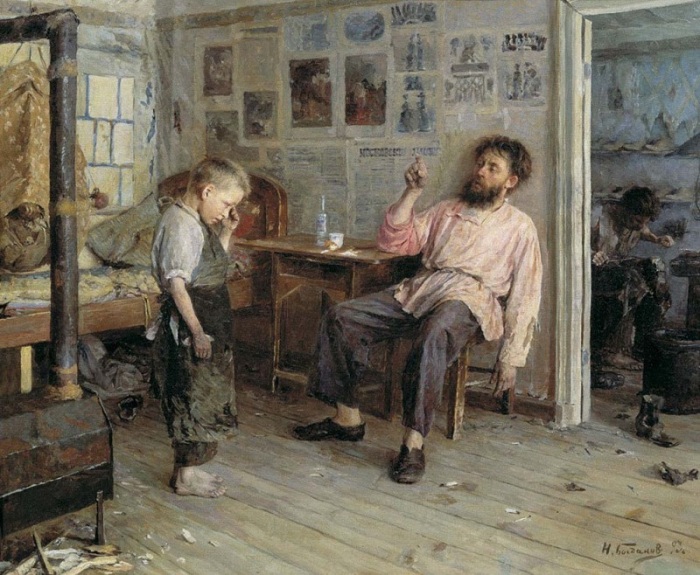 In poor families attitude towards children was even stricter. At the age of three they already worked in fields together with adults. Teens were learning crafts as apprentices and suffered severe methods of education. 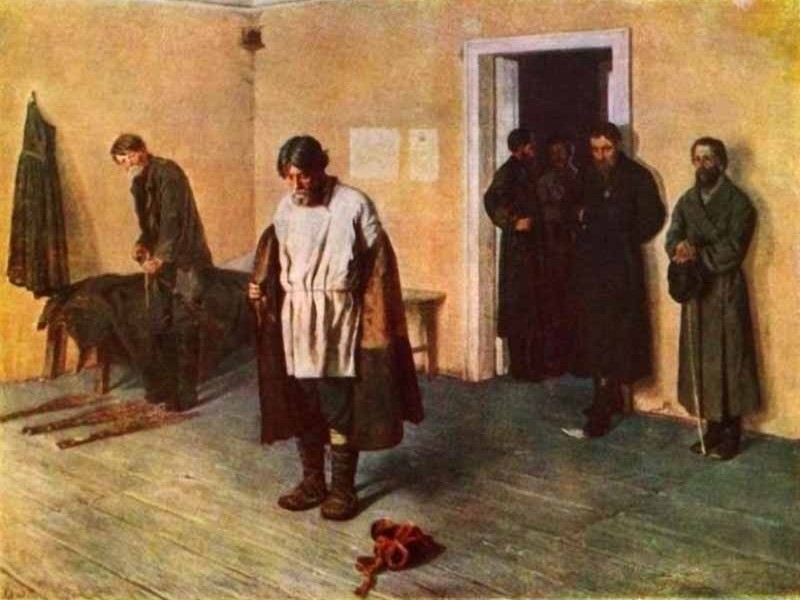 Peasants were punished by flogging too. On the painting of Korovin a convicted peasant is getting undressed for his own portion of birching. 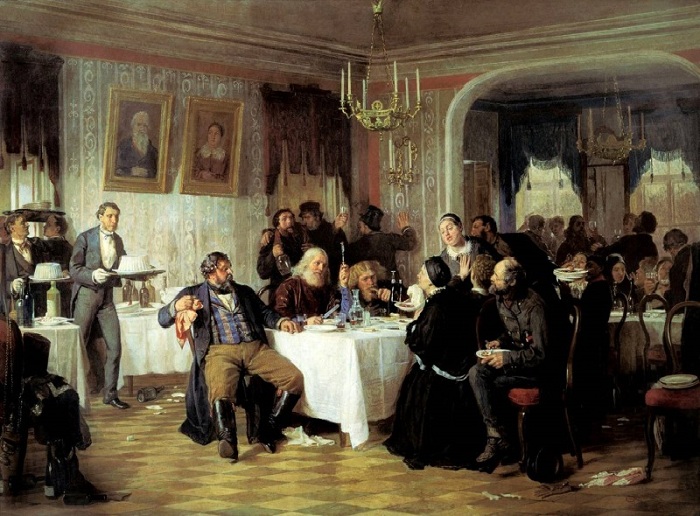 Merchants seem to have forgotten why they met here, they are about to start dancing… Mournful event turns into a disgusting knockabout comedy. 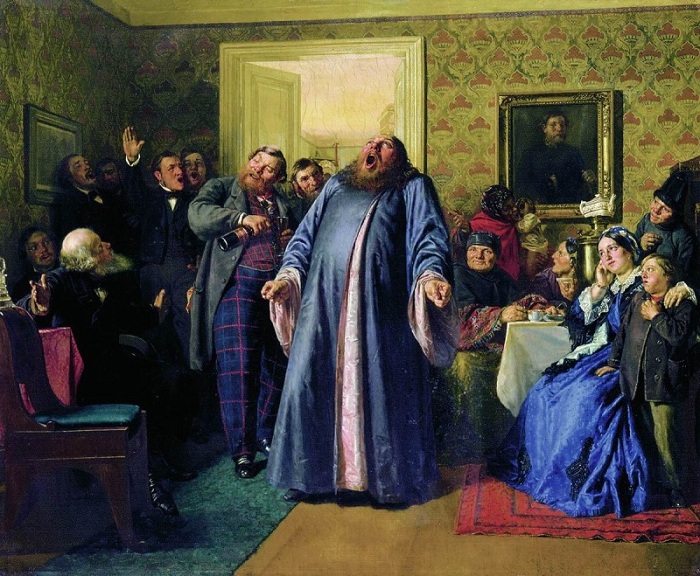 “Protodeacon wishing long years to the merchant on his birthday”, Nikolay Nevrev, 1866.

Birthday is a nice reason for joy, but red-faced drunk loud pope is too much even for celebration like this. 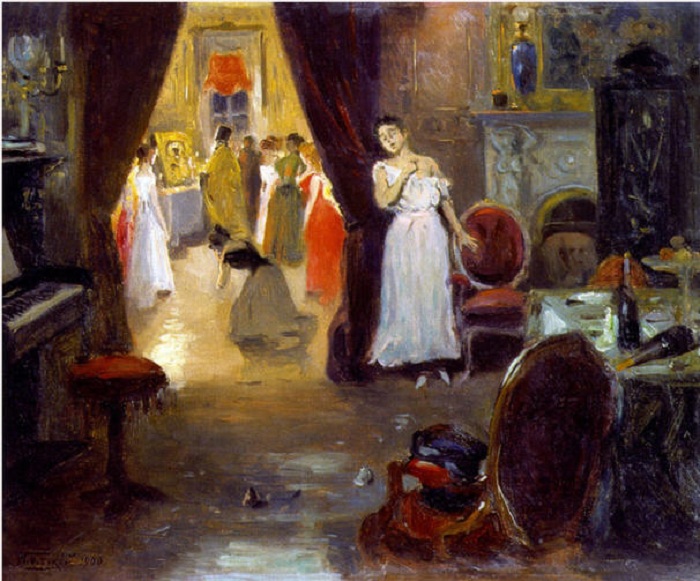 V. Makovskiy is a founder of a critic realism genre and a master of contrasts – such as debauchery and religion. 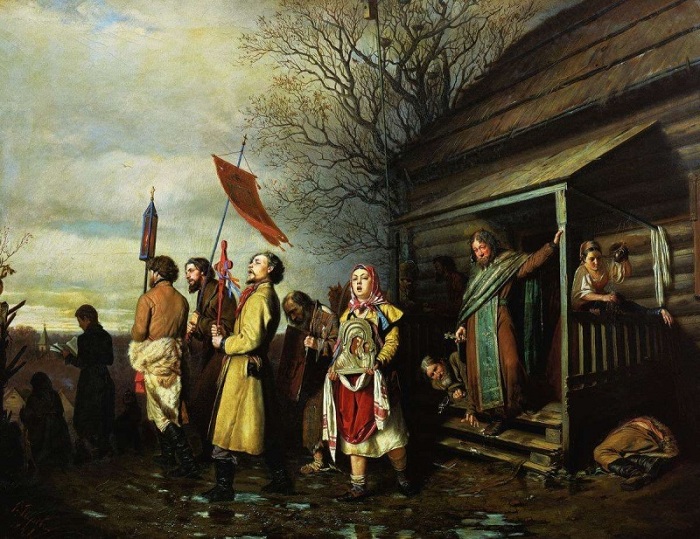 “Easter sacred procession in the village”, 1861.

The attitude of the church to drinking was amazingly tolerant. On the painting of Perov we can see drunk peasants who can hardly stand on their feet, and the man in the middle who’s holding an icon upside down. 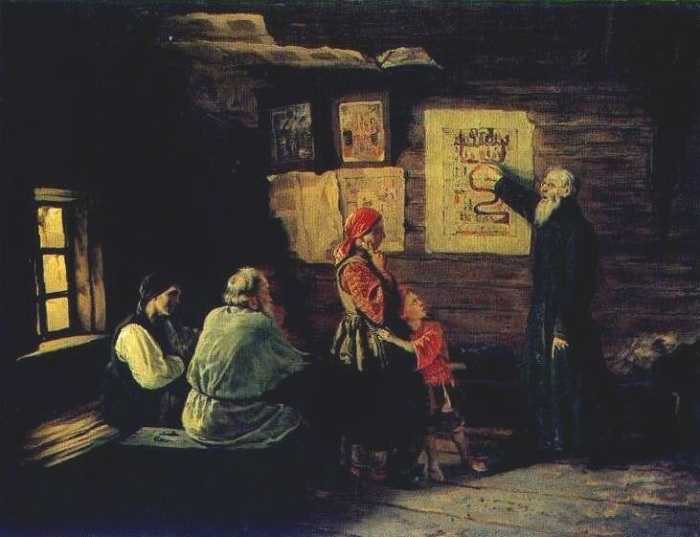 “Lector is explaining the picture of the Last Judgement to peasants”, Vasiliy Pukirev, 1868.

Instead of talking of morals and right behavior, churchmen scared peasants with terrific pictures of punishments that would happen with sinners.