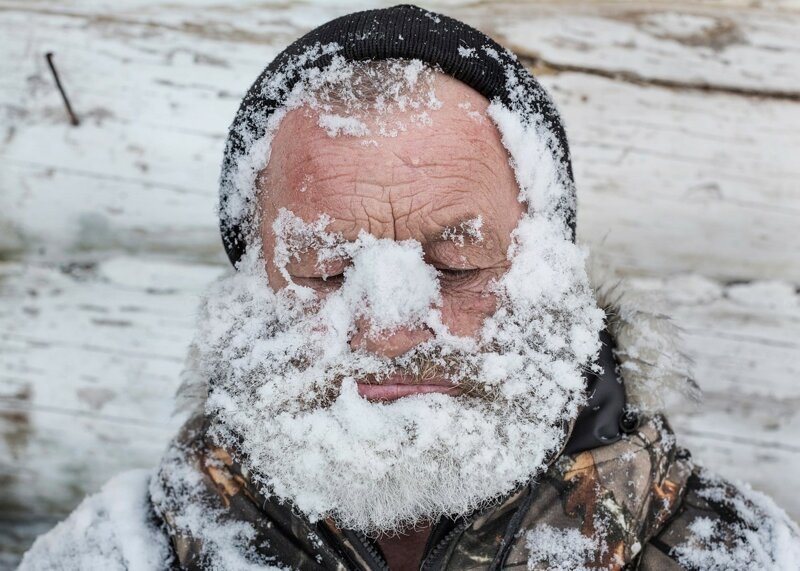 Russian photographer Elena Anosova depicts life in a remote taiga village populated by 100 people who have to overcome 300 km to the nearest city.

The isolated village in the Far North of Russia has a tight connection with nature, its are ancient traditions kept alive till this day, in its unique mythology fictional objects often have more importance than modern reality. This land lives its own life, its past and present are inseparable as one.

Ancestors of Elena were hereditary hunters in a small village at the Nizhnyaya Tunguska river. Almost 300 years ago they came to colonize Siberia and then assimilated as the Evenkis and founded a village in the taiga. Today its population amounts to 100 adults, the nearest city is 300 kilometers away and a helicopter that flies here twice a month is the only connection to the world. The only road can be used in winter and for a limited period of time – 2,5 months.

Here, in the place of untouched wild nature, life has not changed for centuries. Modern civilization is getting there slow and fragmentarily. Electricity supplied by a diesel generator is available only in early hours and at night. The average temperature in the village in winter is -45C. 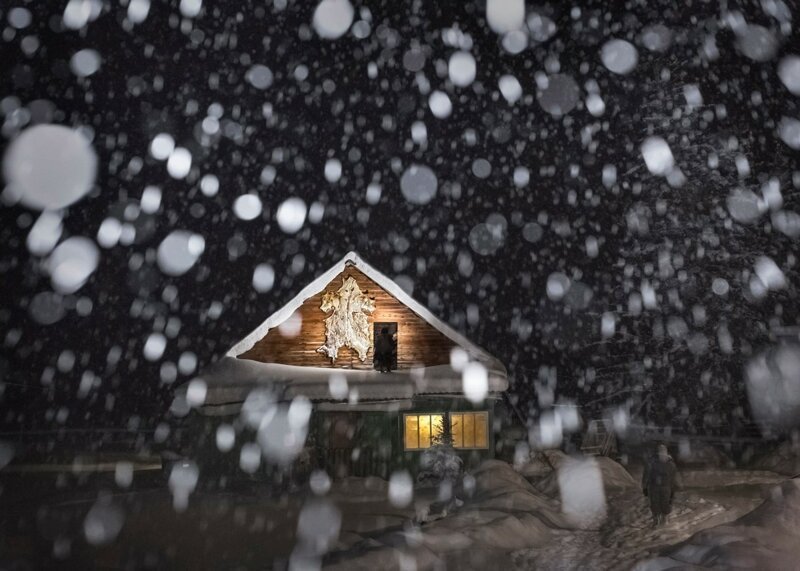 A bear skin on the house belongs to the animal who didn’t fall asleep in winter, came and killed dogs, attacked people and got into the house through the window. The spouses who lived there waited in panic till morning on the roof and then, when darkness was gone, they neutralized the bear. People in the village are provided electricity only for fourteen hours daily – in the morning and in the evening. 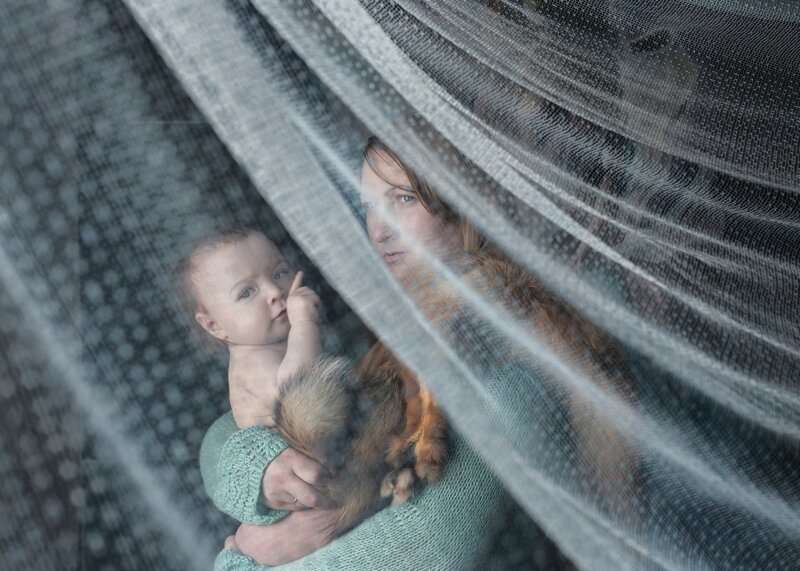 Valentina (34) is a mother of four. On the photo she holds her daughter of 10 months who plays with a fox skin. It is an interethnic family, mother is Russian, father is half-Tungus. Katangsky district of the Irkutsk region. 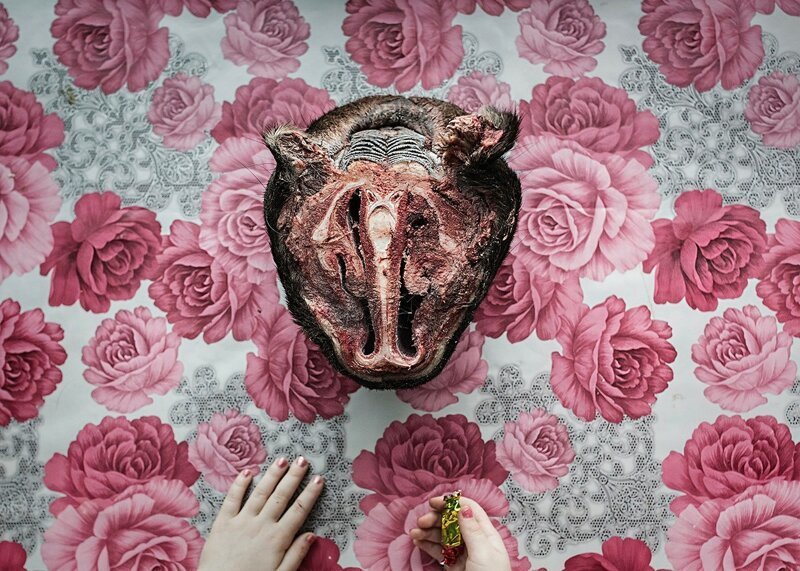 Children anticipate New Year holidays and wait for sweets to be given out. An elk lip is a traditional New Year delicacy. Meat is usually defrosted on kitchen tables.

Local hunter is washing his face with snow. To be fit and healthy locals train and ski and immediately after they rub snow against their bodies. 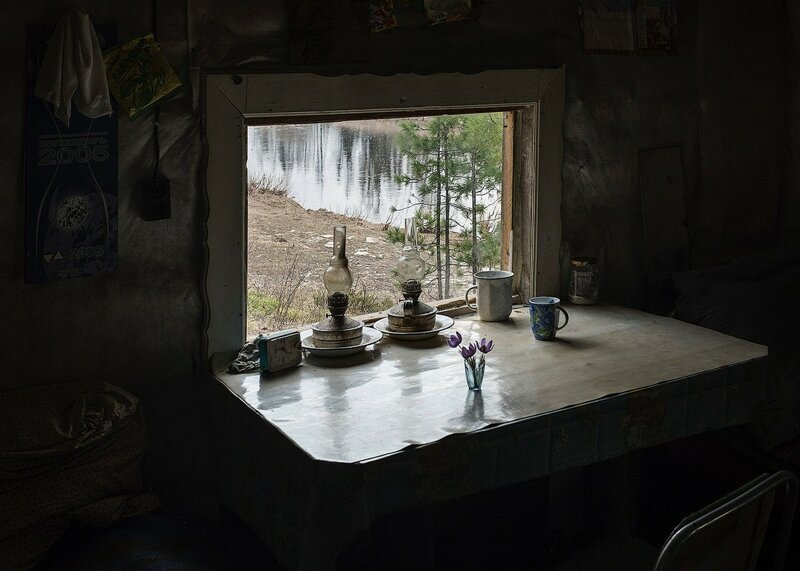 In the house of a hunter. 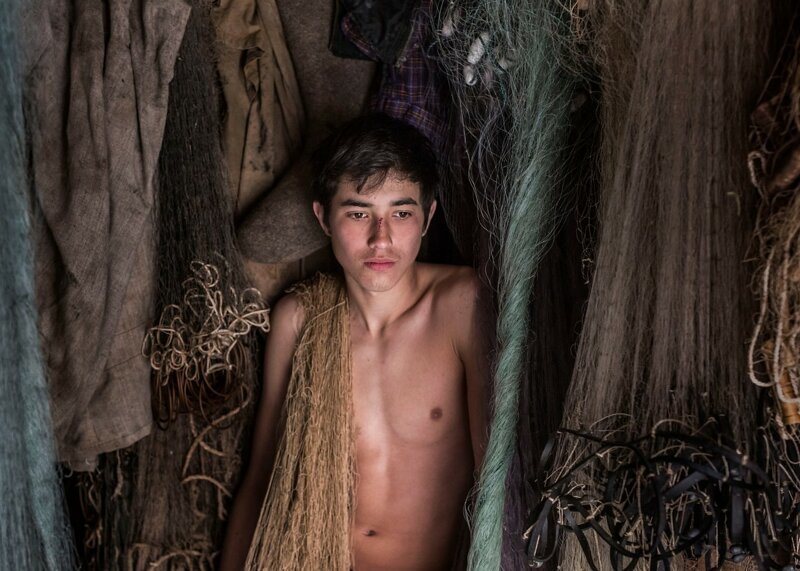 Nikita (14) is sorting out fishing nets in between his preparations for exams at school. 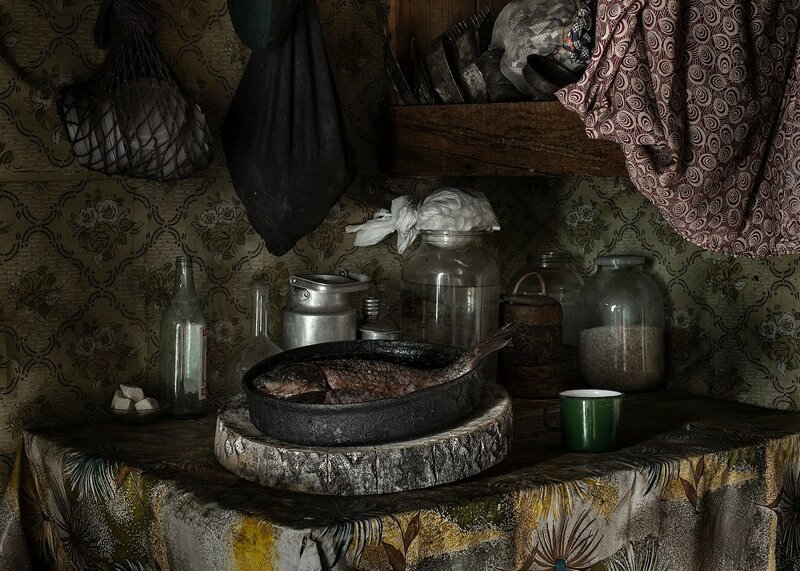 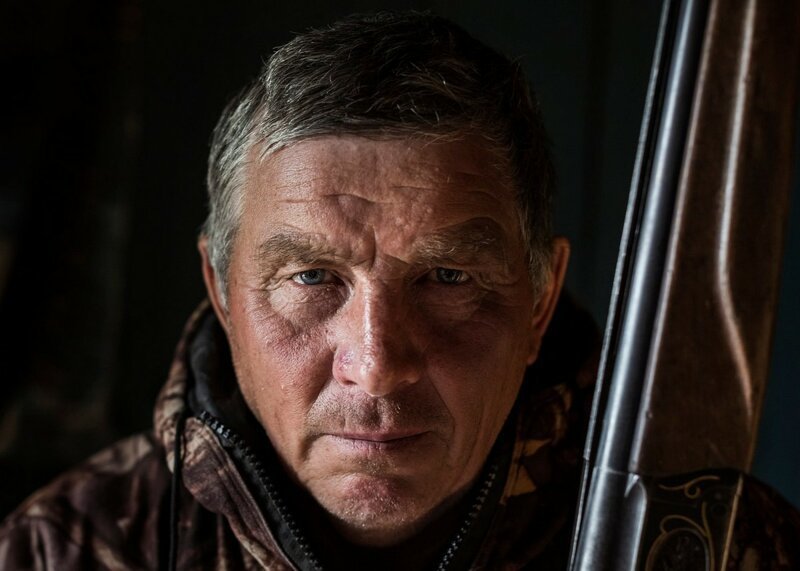 Valery, uncle of Elena, is a fifth-generation hunter and the head of his family who used to consist of more than 20 members, now it has less as people tend to leave the village. 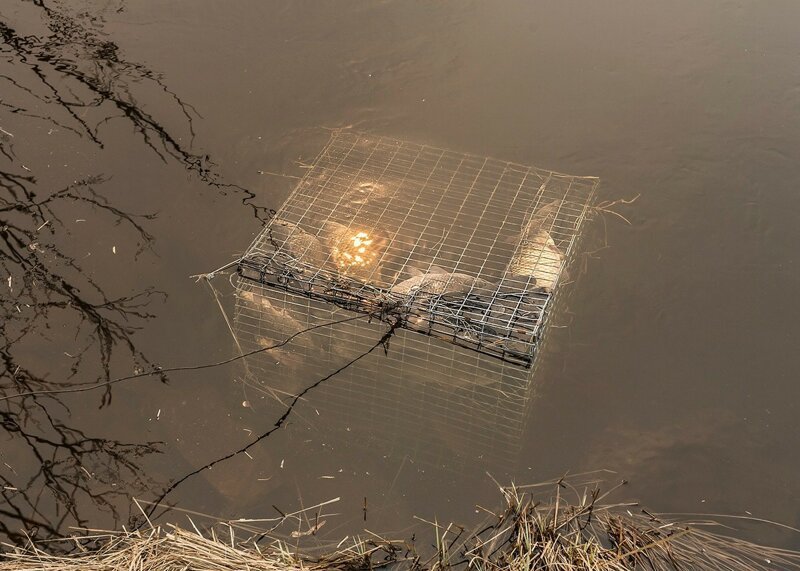 They bring fish to the village being alive and the way is long, fishermen sail in boats for several days. Live fish spend time in special cages under the water. 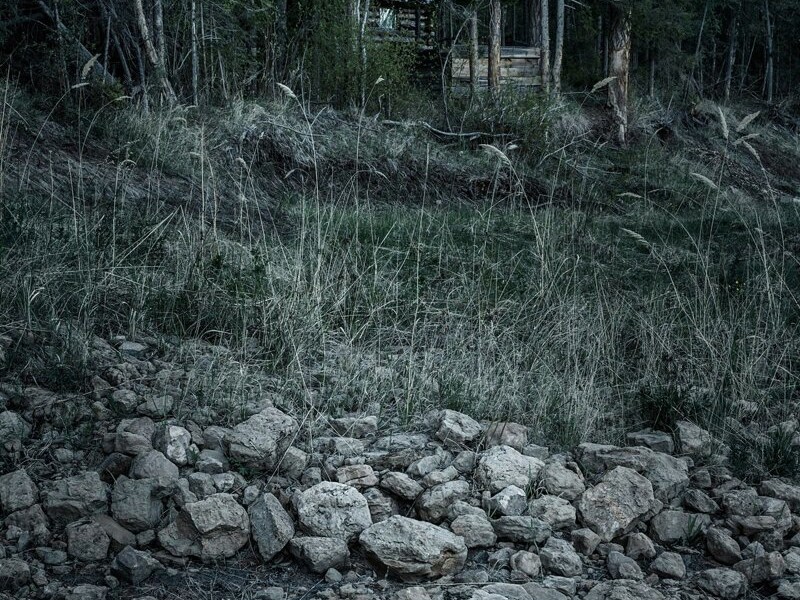 Hunter’s house 80 km away from the village. 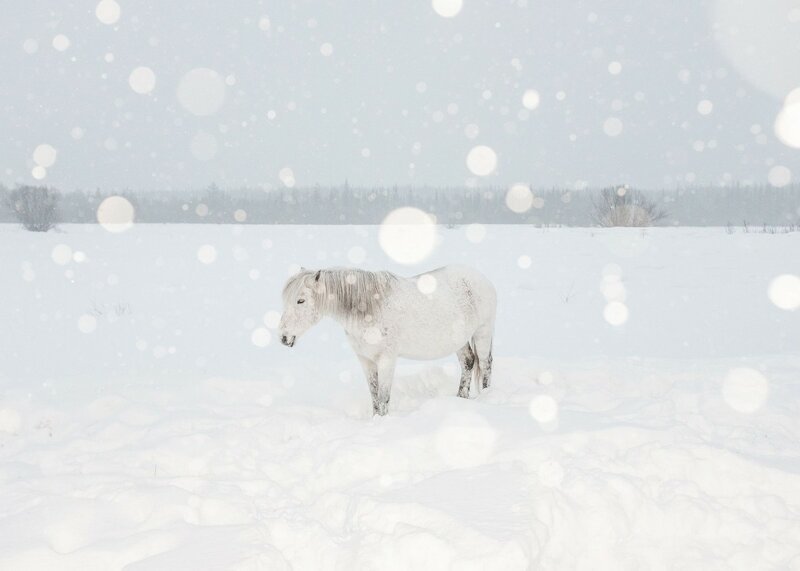 Pregnant horse found in the field away from the village. All local horses are semi-wild, they leave the village and come back in mid spring and autumn. Sometimes people try to catch them on snowmobiles and bring back. 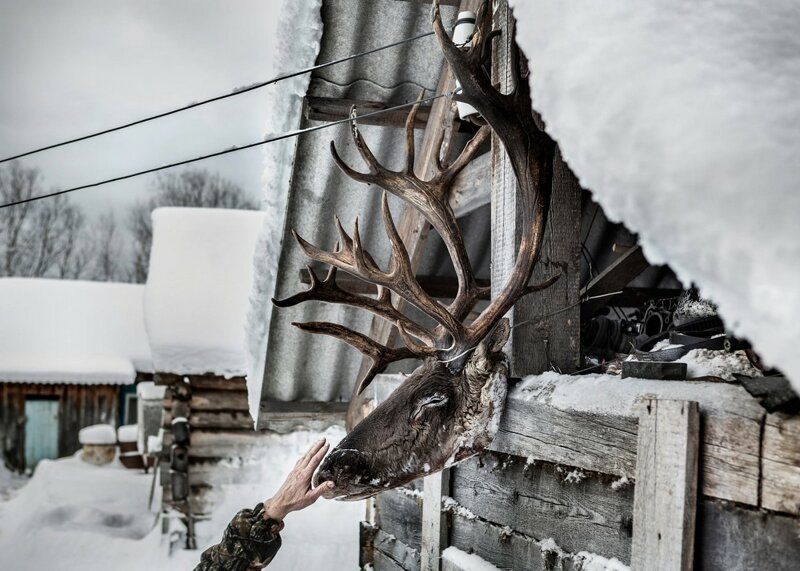 Deer head is hanging high enough to save it from dogs. Finally they will treat it and keep horns for interior decoration. 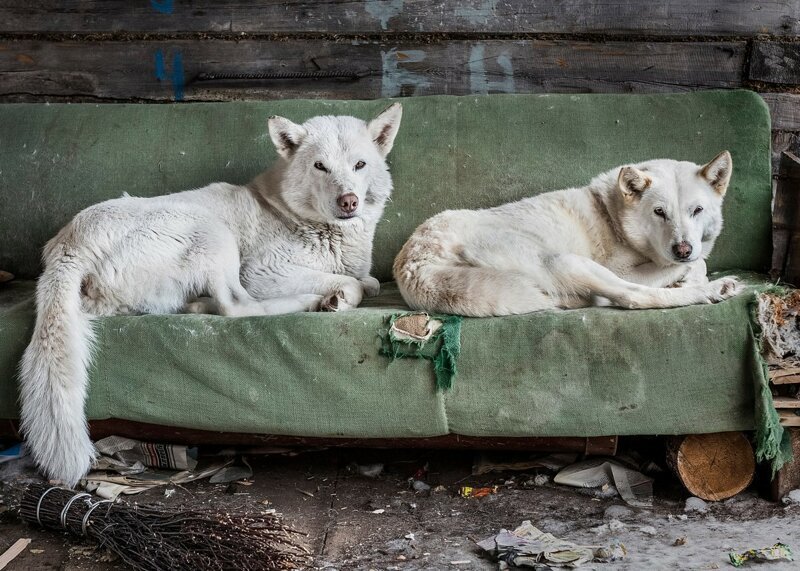 Dogs live in special enclosures all year round. Local people interbreed dogs to obtain the best hunting qualities, there is even a waiting list of those who wish to get one. 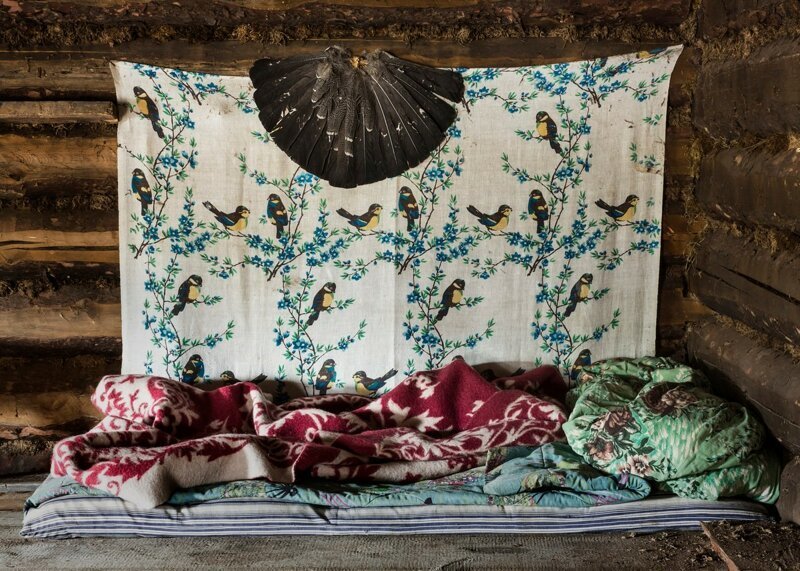 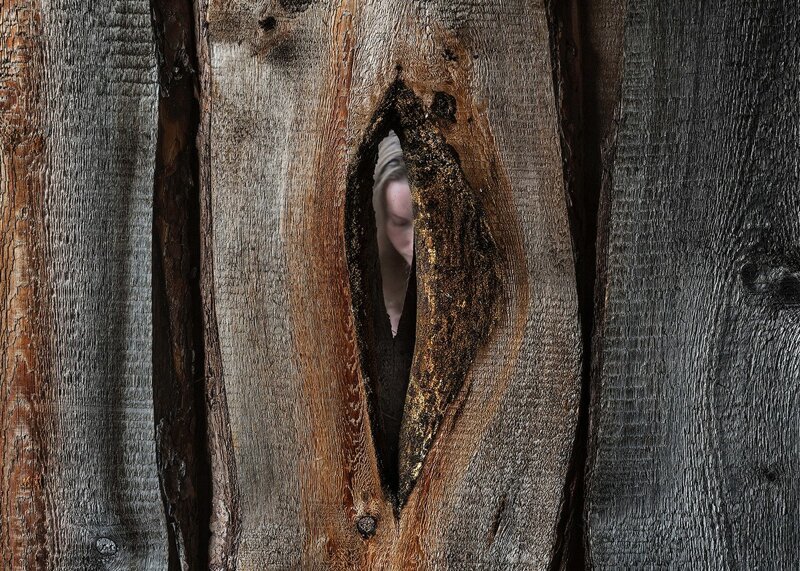 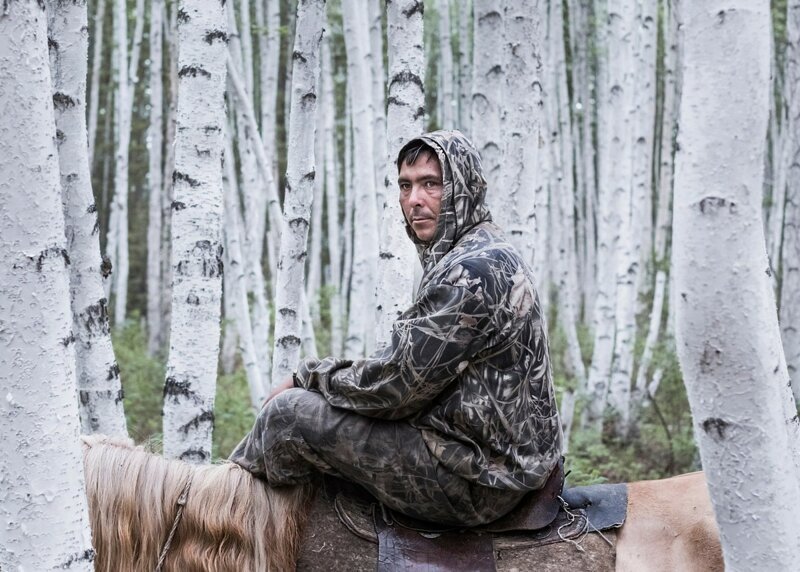 Mikhail is a young hunter (30), he trains horses in a birch grove, not far from the village. 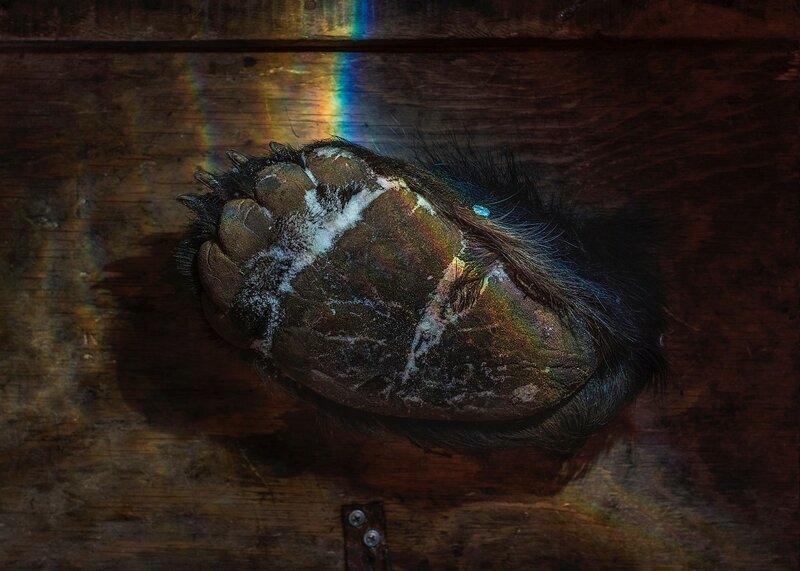 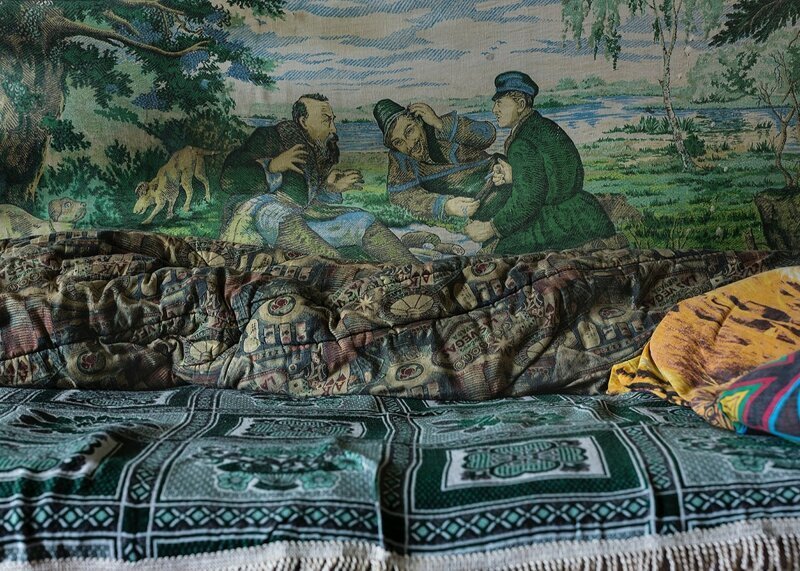 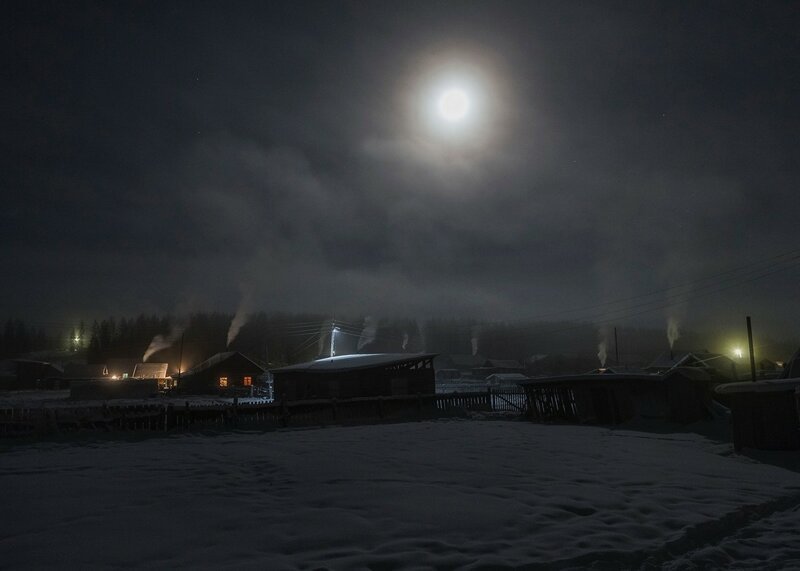 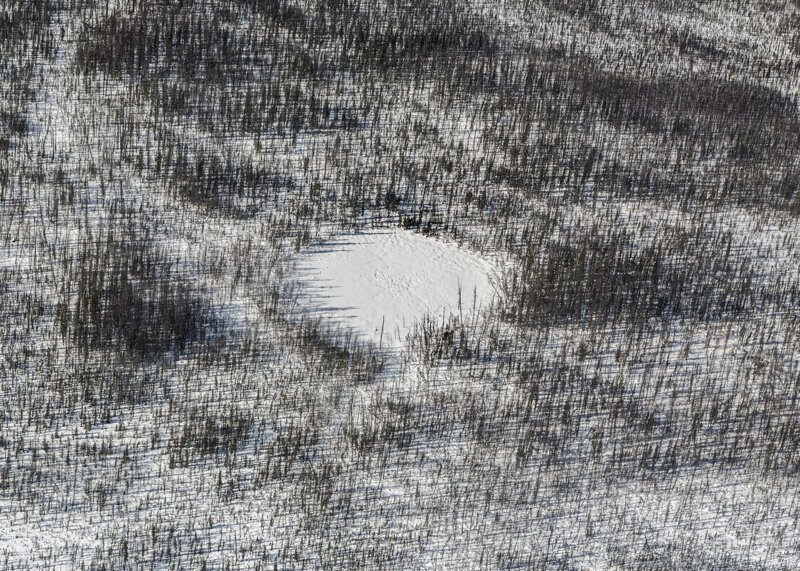 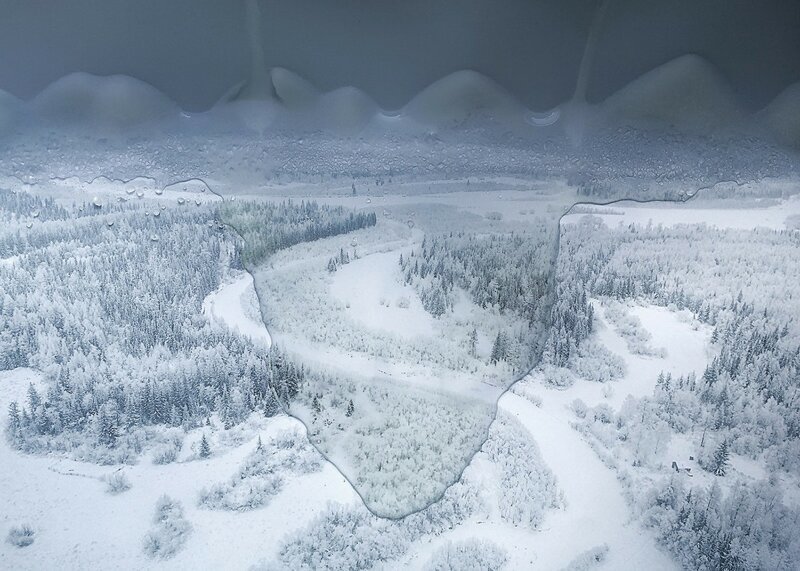 2 thoughts on “Life In a Remote Siberian Village”