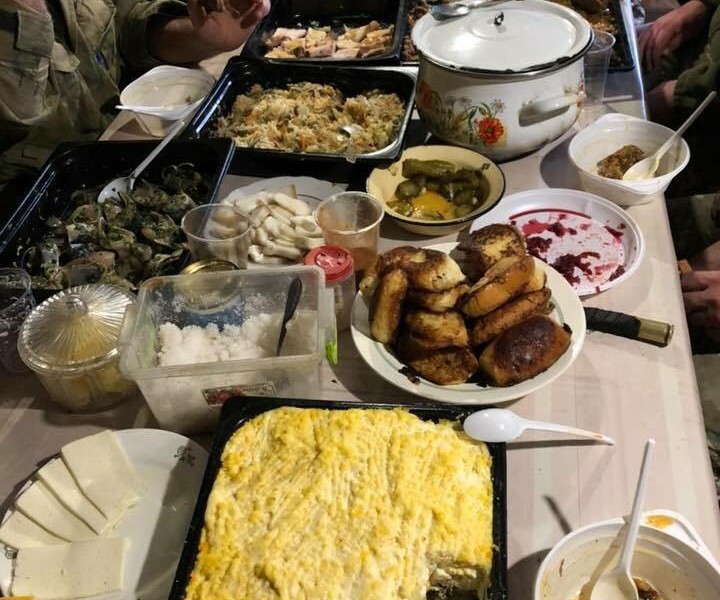 Soldiers of Ukrainian voluntary corps who take part in a so-called combined forces operation cannot believe their happiness. Their menu has drastically changed and look what they’ve got on the table. But why? After regular complaints about outdated canned foods and plastic plates for multiple usage, why are they getting such an abundance now?

People rumor, the closer the date of the presidential election, the tastier and more diversified becomes the menu of Ukrainian soldiers. But they have another explanation – “we simply have another cook now”. 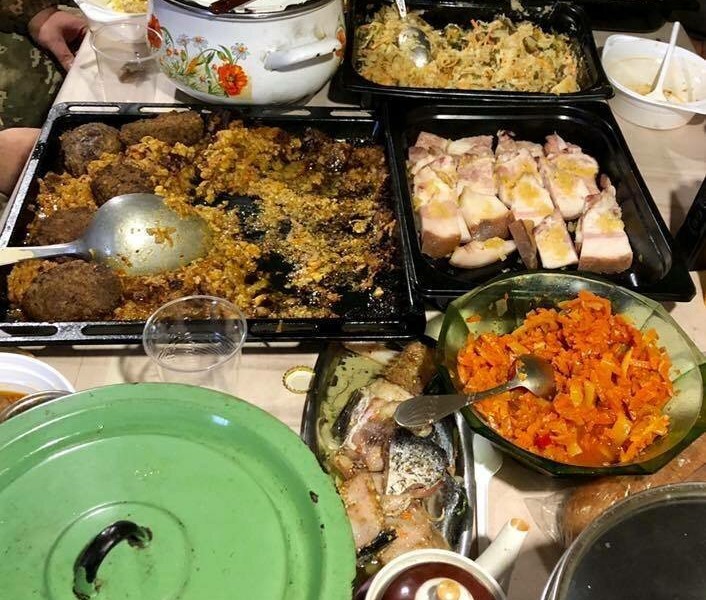 The photos from Facebook of the Ukrainian military guy demonstrate a really nice dinner two weeks before the election! Tasty salad, different kinds of cheese, ham, thick Ukrainian borsch, pheasant with onions and mayonnaise, duck in sauce, pilaf with mutton, lamb in sauce, cutlets from goat meat. Toasts and compote for dessert.

Need to join the Ukrainian military!

3 thoughts on “All of a Sudden: Much Better Food For Ukrainian Soldiers”