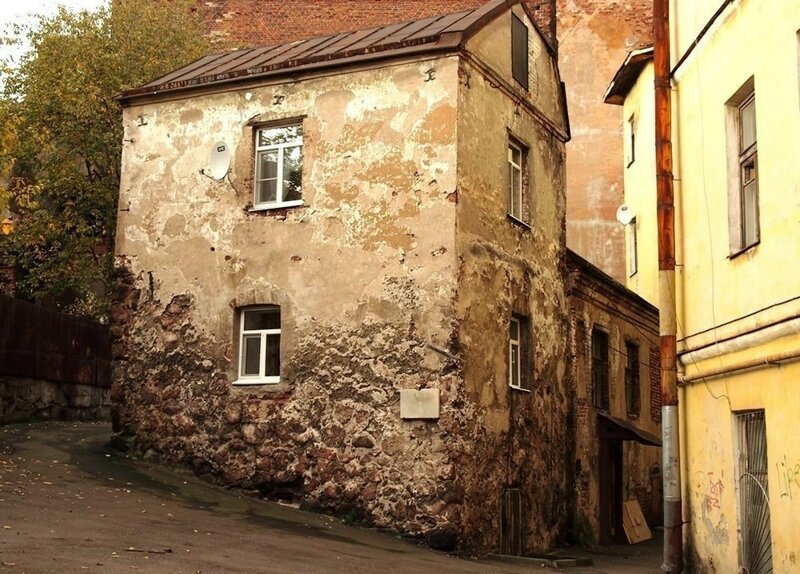 Two-storey tower-block house with a basement, an attic and thick walls appeared at this place in the sixteenth century – approximately in 1583. It was the time when Vyborg city was populated by Swedes. Such medieval burgher fortress-like houses on the Russian territory remained only in Vyborg. They can be counted on the fingers of one hand. 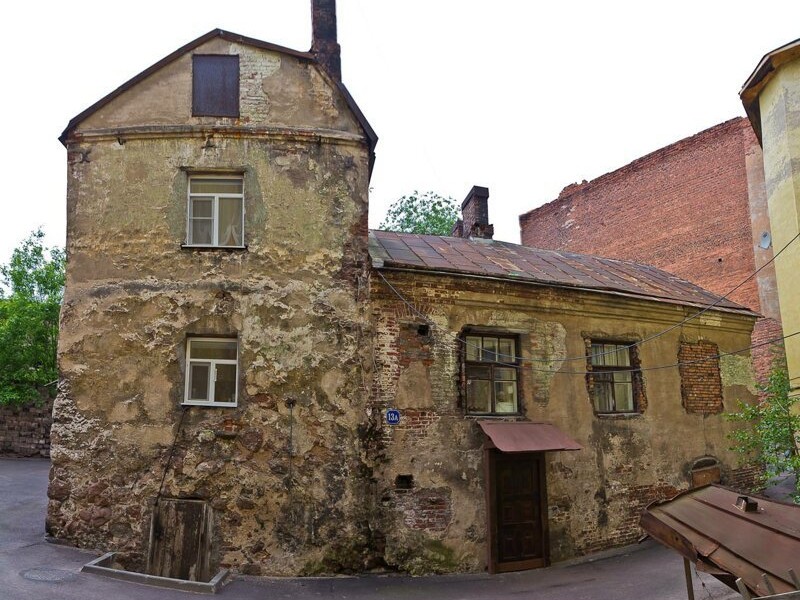 For over 400 years the house was repeatedly rebuilt, its windows became wider and a single-storey extension was added. According to researchers, in the seventeenth century the owners opened a printing office in the house – the first one in Vyborg. 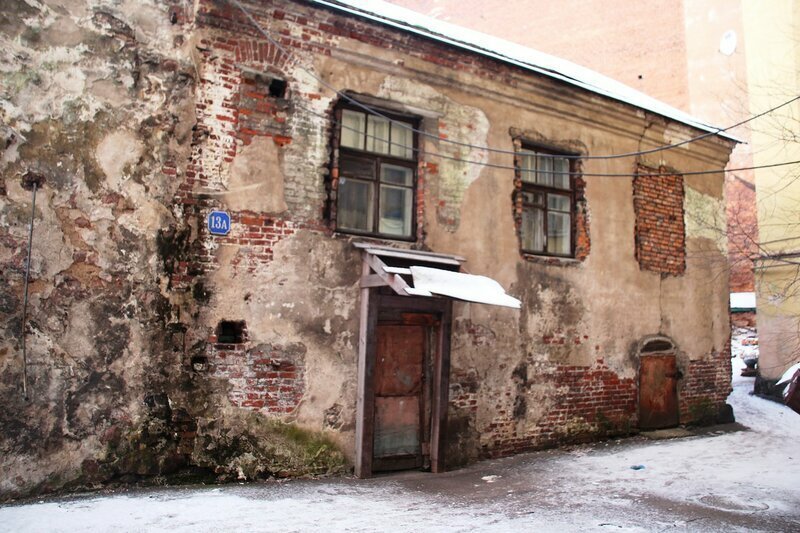 Today the house is inhabited by two families who physically occupy the personal fortress. The address of the object is Krepostnaya Street, 13a.

The house, constructed from granite boulders, is remoted from the center of the city. The two still inhabited apartments were renovated in the 1960s: the ceilings became higher, stove heating changed to central one. 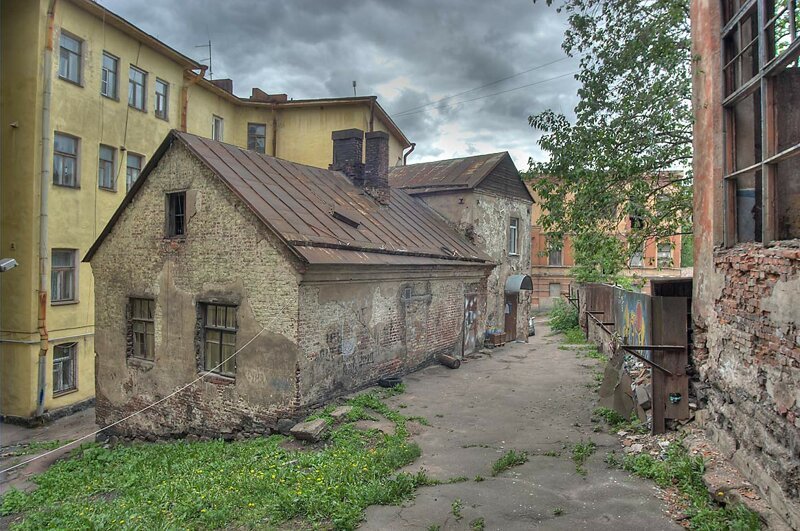 The house outlasted the rule of king Charles IX of Sweden, Vyborg’s invasion by Peter the Great, its assignation to Finland by Lenin and bringing back by Stalin, the crash of the Soviet Union and it is still inhabited by seven persons.

One family is said to be addicted to alcohol, another one has been living here for half a century. The house now has all necessary supplies: electricity, plumbing, heating and sewage. The deterioration of the house is estimated as 54%, which is very good for the oldest house in such a big country, isn’t it?

8 thoughts on “The Oldest Dwelling House of All Russia”