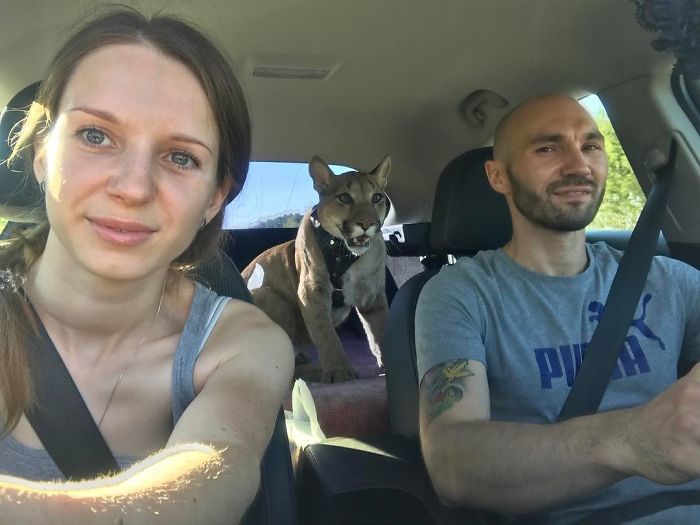 Russian couple adopted bobcat now they turned him to home cat! Maria and Alexander saw a bobcat once in zoo. It was little Russian zoo where you can contact the nature – pet the animals in cages. They so loved the little puma so they have contacted owner (owner of the zoo of course) asking him to sell them cat. And a much to their surprise he agreed to give them cat! That’s how their adventure started.. 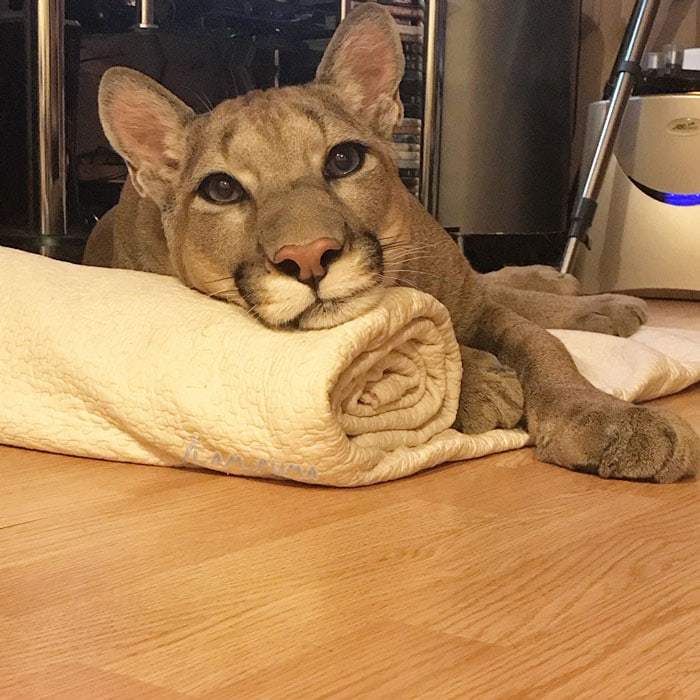 So it has been couple years a big cat is their pet. It is pretty huge one beast – weighting over 40 kilos (80 pounds its around). 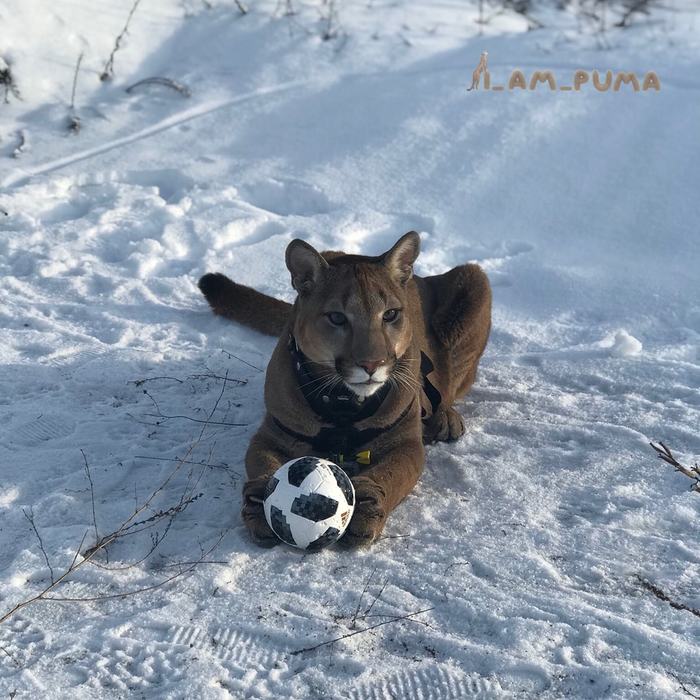 He likes playing very much. 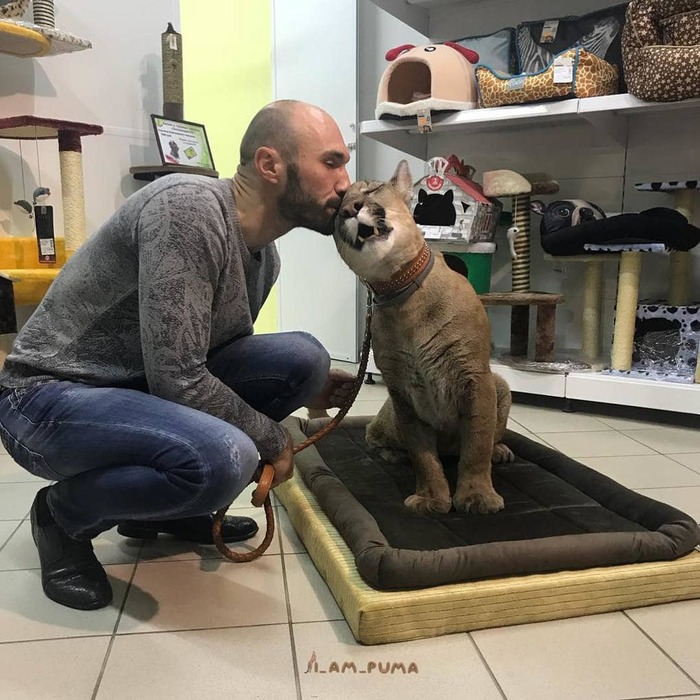 Just because he stayed in zoo he could not be set to forest – didn’t know how live in nature. 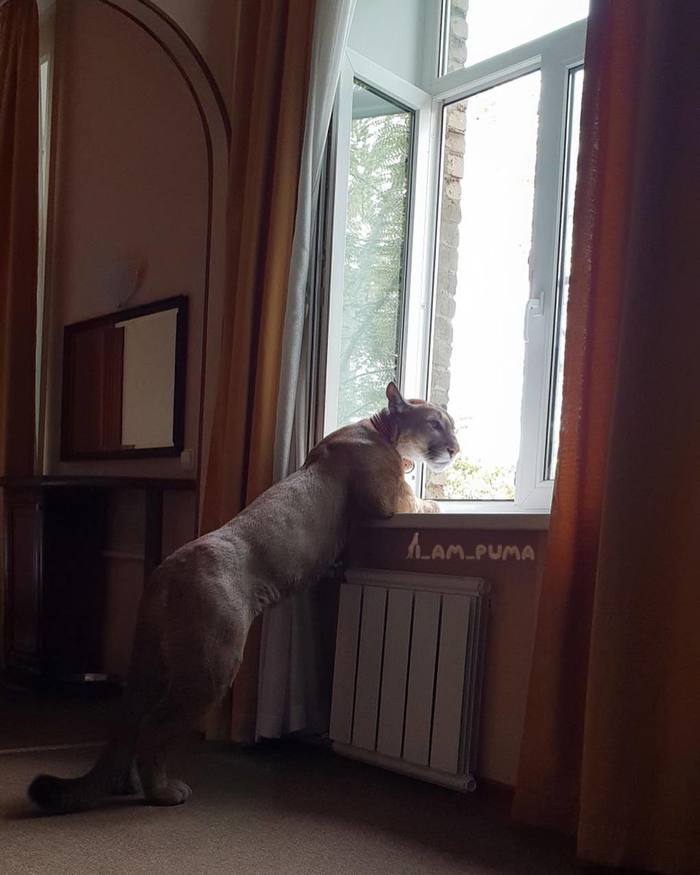 So he stayed and lived with them. 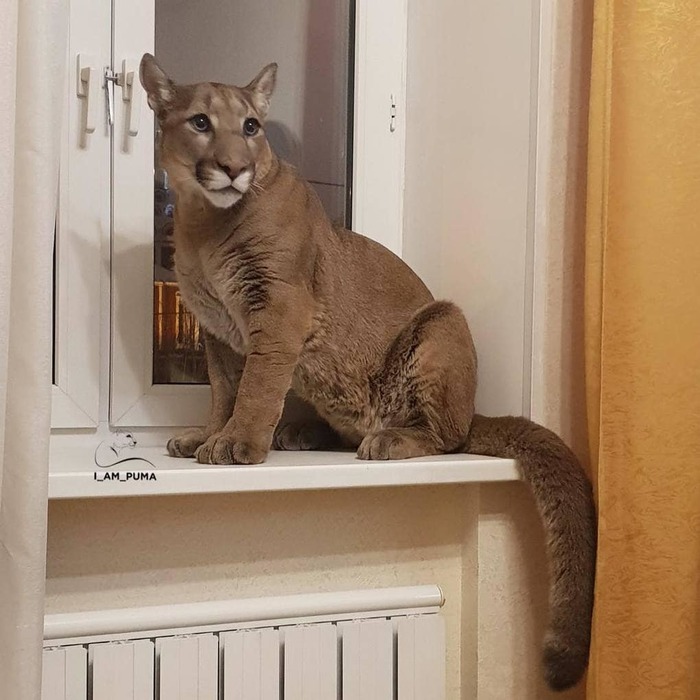 Even he is fully grown he is not the biggest bobcat. 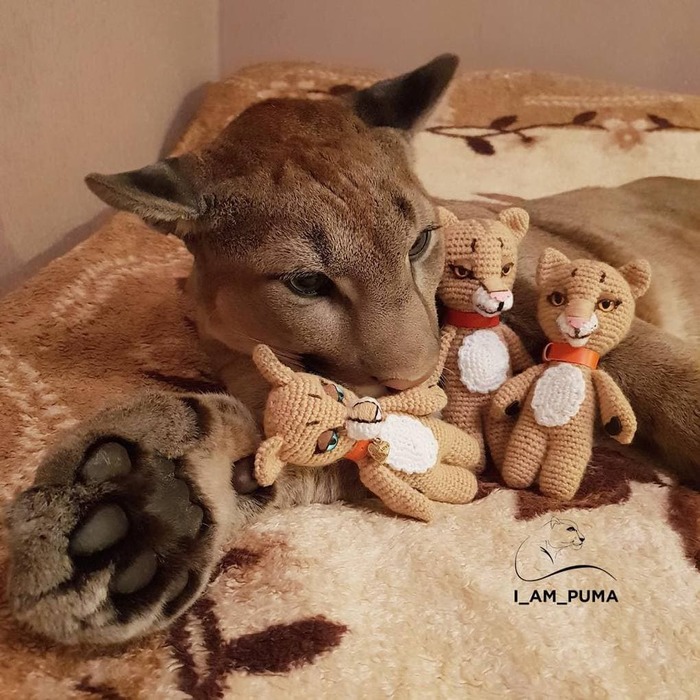 And according to the owner he is different from the cats. 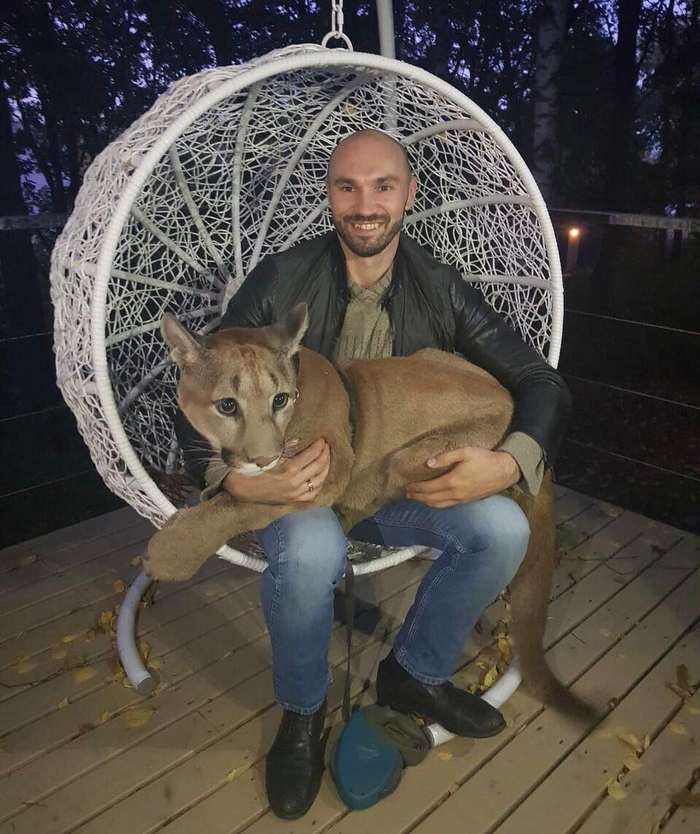 “He is more like dog I think, but a dog with a cat’s habits” 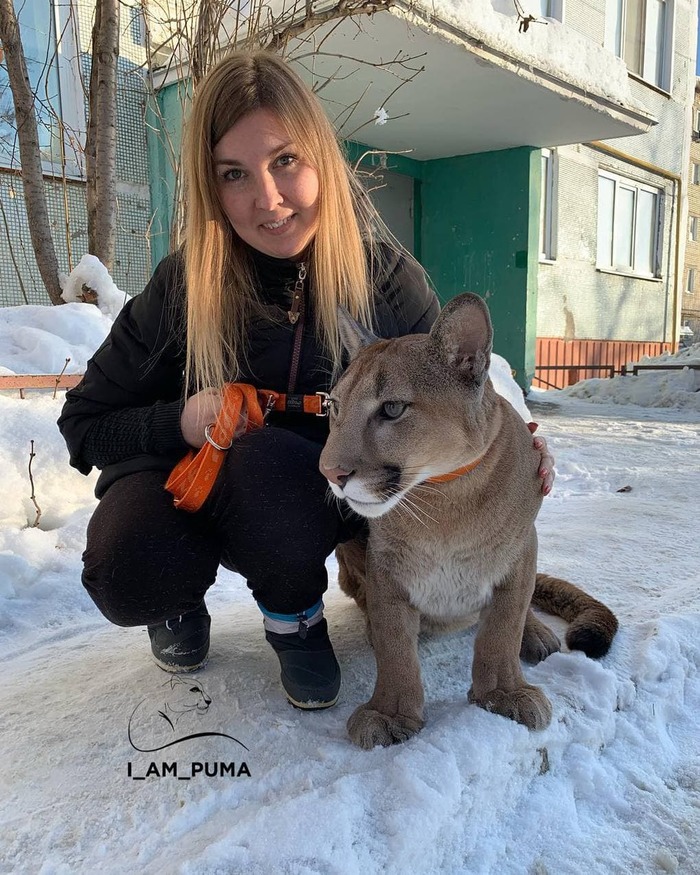 And he occupies more space. 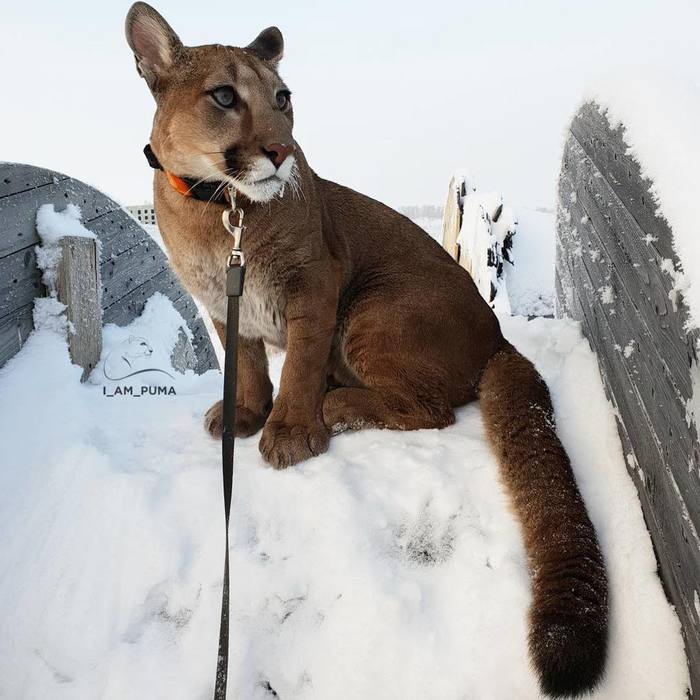 And you can’t just argue with him. 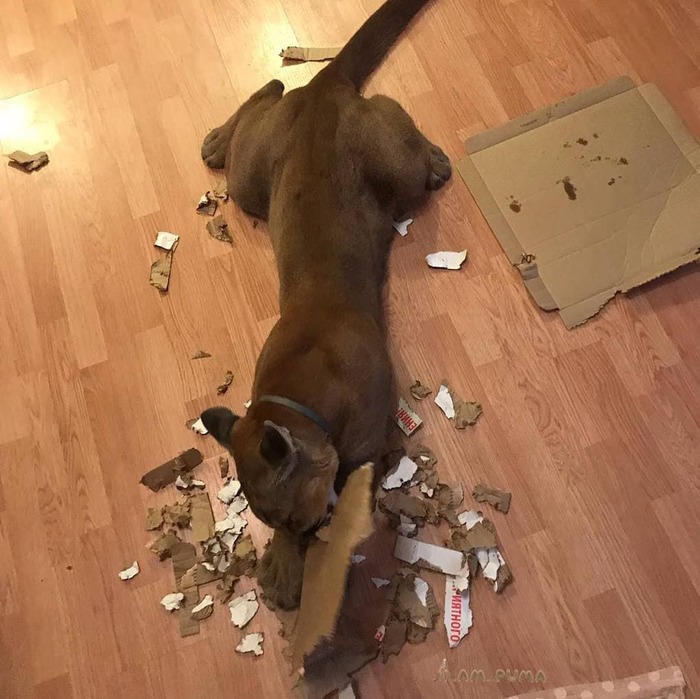 Yes he also likes the boxes, but in more like doggish way – fond of tearing those to pieces. But still loves to sleep with humans. And no matter he gut muscles, he is still a gentle cat. They are bringing “cat” to expos, and all get quickly fascinated by unusual cat exhibit. And they built him special corner Sometimes bringing to the wild 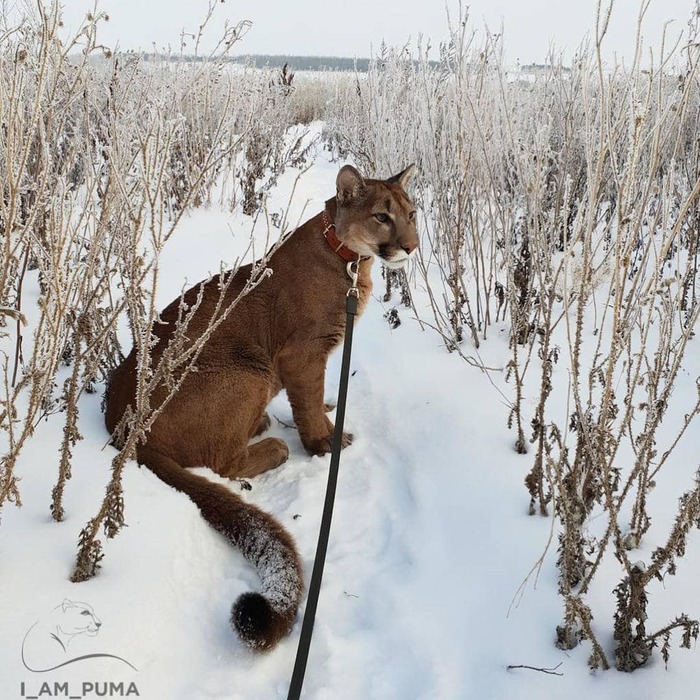 Also they attended school where the bobcat trained with dogs. Now he follows ten commands! And they got another pet – real cat – and they live fine. 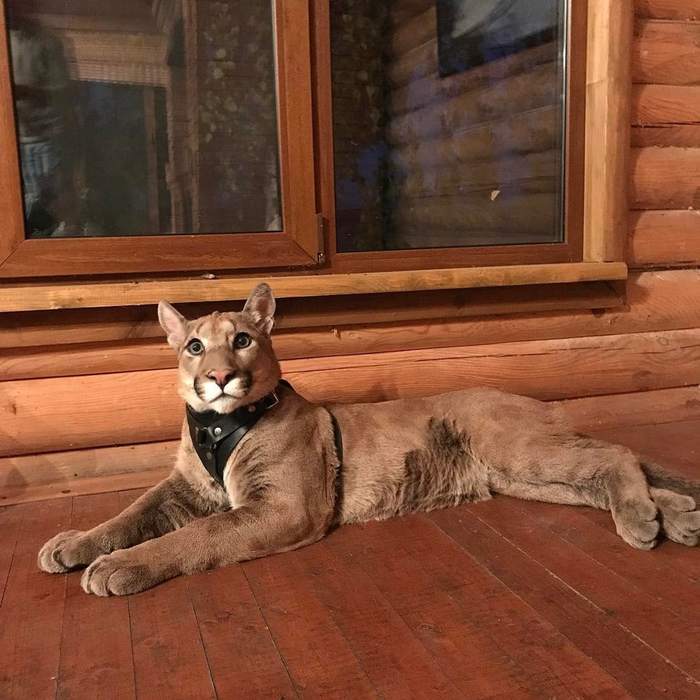 How they named him? It is fun – they are calling him Messi after Spanish famous player.