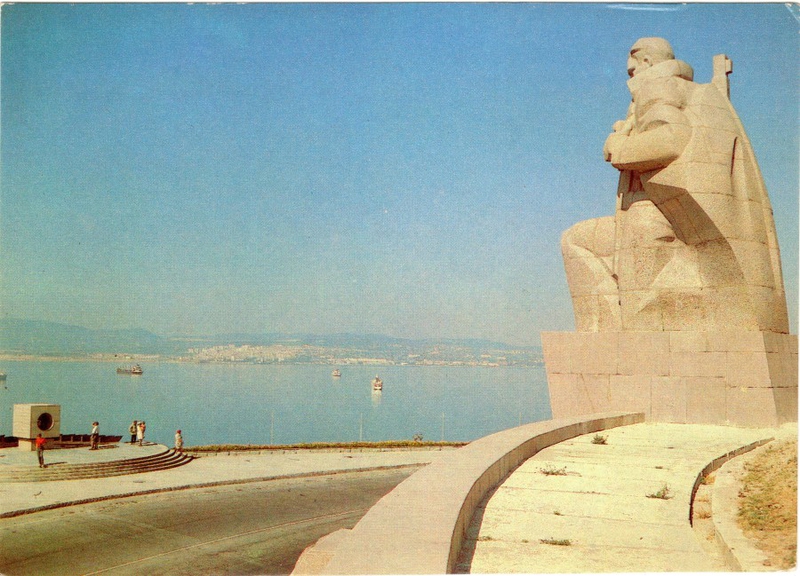 Another set of Soviet Postcards – now from the city Novorossiysk. Starting with a stone sculpture devoted to Revolution Sailors. And another monument devoted now to the WW2 sailors. Monument is called “Line of defense 1942” A monument for WW2 soldiers Novorosiysk is “Hero-City” – in Russia cities called like this who never got captured during War. A monument called “The Unconquered” A bay of Novorossiysk (it stands on the Black Sea) A  passenger port building of Novorosiysk “A Cruise ship in the port” “Some more ships in city port” “Monument devoted to the Warriors Defenders”

As you can see the War theme still was great remembered even 30-40 years after war.