Urgent news: an airplane coming from Surgut to Moscow was hijacked in a midst air. Here are some details we know: 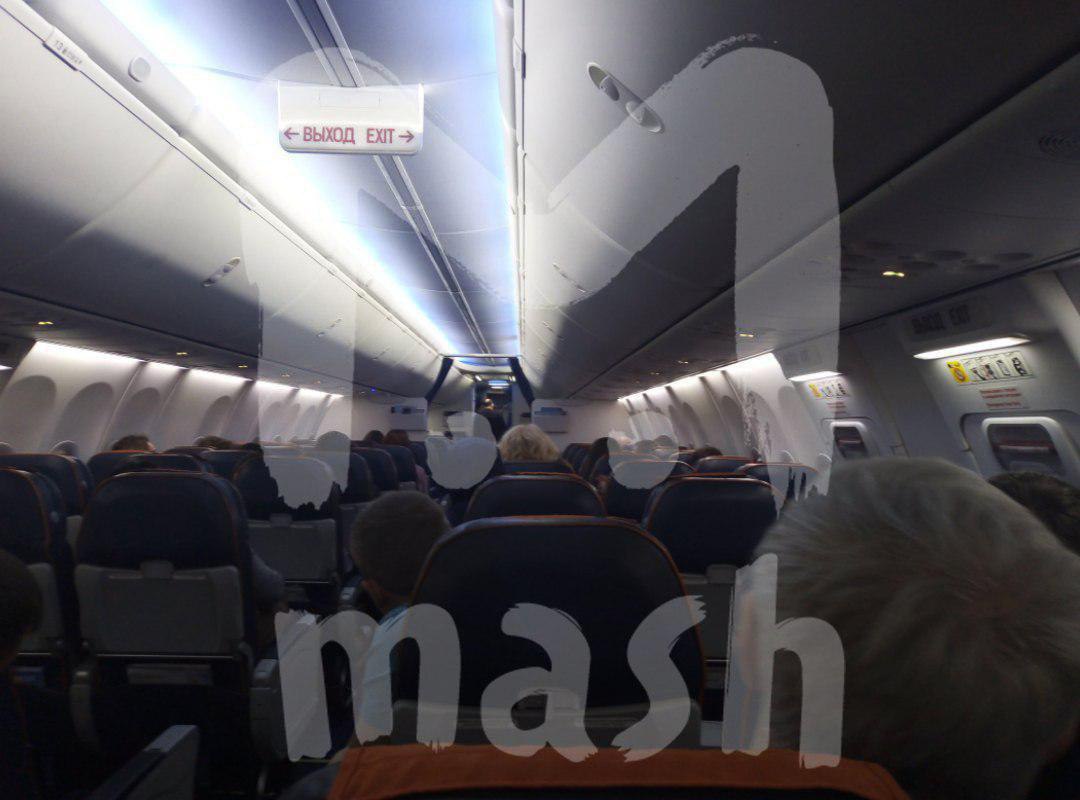 This is photo from the plane someone sent it to the ground.

UPDATE: Aeroflot hijacked plane has been landed in the Moscow.

UPDATE: there are 75 people, and including there five children.

Airport has been surrounded by police and FSB. Flight controllers have been sent from the control tower home – it is now a headquarters of the urgent rescue squad.

Video from airplane. It is landed but hijacker still controlling situation. People sit inside the plane. There is no stairs or police – plane is standing just in middle

Man demanded that the plane will be flying to Afghanistan

UPDATE: all is good! the man is captured! People safe.
And some details: he was 42 from Russia. He now can get jail for years (4-8 years is jail for this)

Here’s how the man was captured:

An attacker had a gun. Here the swat discharging it. It’s not clear how attacker brought the gun with him on plane:

Another video of capture. Captain speaking intercom: “All please now go to your seats. Right now”:

Note how SWATs are dressed like workers, it’s a sort of a disguise

UPDATE: “You are stupid idioto, I am late because of you” – Russian man reacts to Pavel who hijacked the airplane. Also people do applaud when he was brought off the plane:

People walk out of the plane:

How the man was today captured: “Plane was landed in small town. To re-fuel to fly to other country.  Plane come to an airfield and a refuel truck has come. Passengers felt plane tilted then in instant swat jumps in, dressed as fuel car personas. And they captured man with gun.”