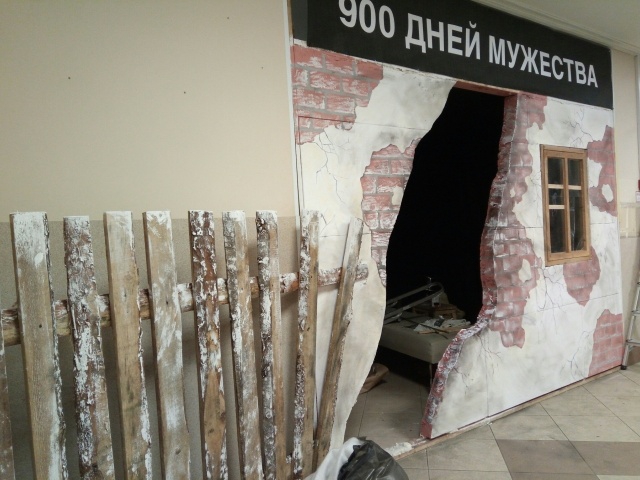 In a Leningrad museum they have made an installation that is called “900 hundred days of a courage of the people”. It displays a life condition during Leningrad on siege in the World War 2 back then. It’s apartment of a teacher who has live thru all the siege – all 900 days it lasted.  People lived without a heating, without food and without light, under constant strikes by Nazis. In the summer it was better, but in winters it was hell – all the wastes were spilled around turning instantly to ice. All the houses were looking like a giant smelly caves and the people living there. If there someone died on street nobody seemed really care just put body from the way. Glasses had those glued papers so that if the shellings happen then the piece of glass stays glued. All the vintage real pieces were collected to model atmosphere of the war. Only way to heat themselves was to use the little stoves and the firewood they used all the things they find in city – furniture, pieces of buildings, anything that could get burned.

People even ate wallpaper just because the glue they used – glue was made of flour paste so they could boil the wallpaper and get food starch when it boils. Cases of cannibalism weren’t rare at that time.

641,000 of people lived in city under siege for the almost three year term. You couldn’t escape the city it was circled by the troops.