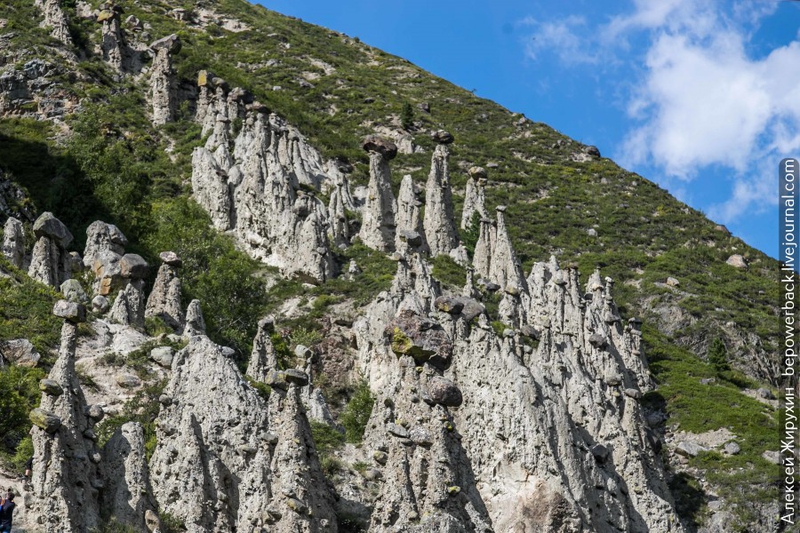 Russian blogger Alexei traveled to the Altai mountains also saw those “stone mushrooms” – those are one of the largest arrays of such structures in the world. And to reach them you have to walk off the beaten paths and roads. First they have arrived on car parked at the camping which was called.. right it’s named was “Stone Mushrooms”. Then they have to cross a river. There are boatmen who charge 500 rubles for the trip. Here is a view on Altai valley from the river they have crossed. Then there is a path up hill crossing various wood bridges. Higher they climbed the better view of the valley lie beneath And the best view from the top, also you already see those stone mushrooms from this place. Stone pillars with round toppings. Those round things look like a mushroom’s cap. They have said that this is erosion kind of eating sandy rock and the rocks that were inside now are standing on a softer inner part of a formation. Thus when more erosion comes the “mushroom stem” becoming thinner finally the stone falls. But there are the new formations that becoming thinner now and then soon the “stems” would form holding stones on their tops. Those are “future mushrooms here” Then they got back to the river and called their boat man. He arrived and they have left.