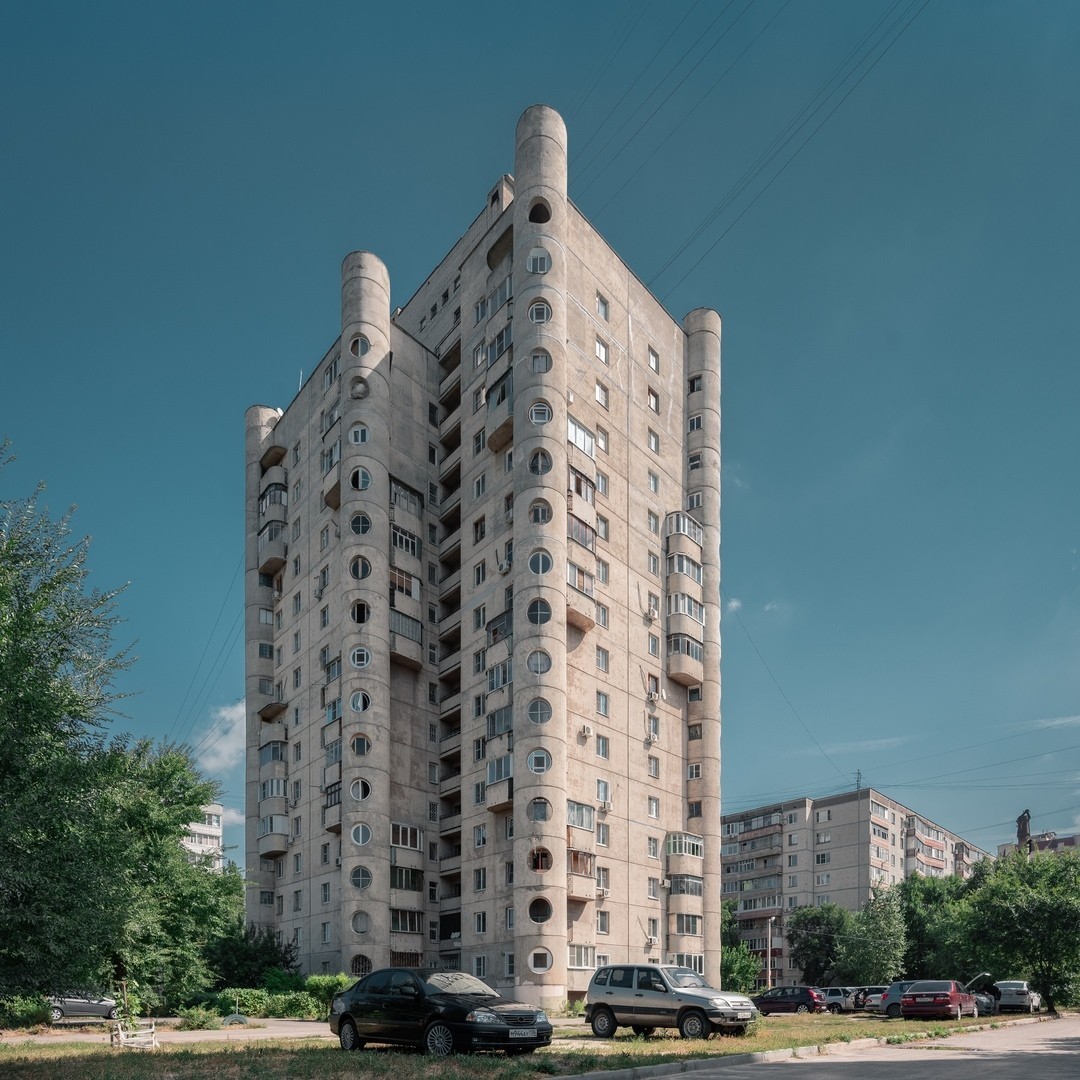 Yes this house in Voronezh is attracting peoples eyes. It’s projected in such way it doesn’t have any sharp angle. Now it’s looking like a castle or some bee hive from the future. Let’s see it more detailed: 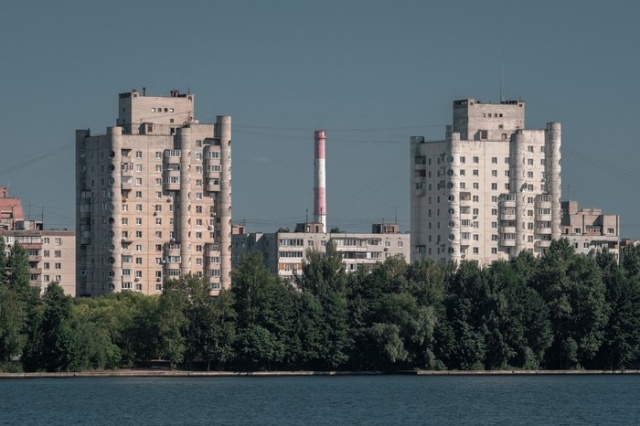 Actually it’s two house complex on a shore of a river. 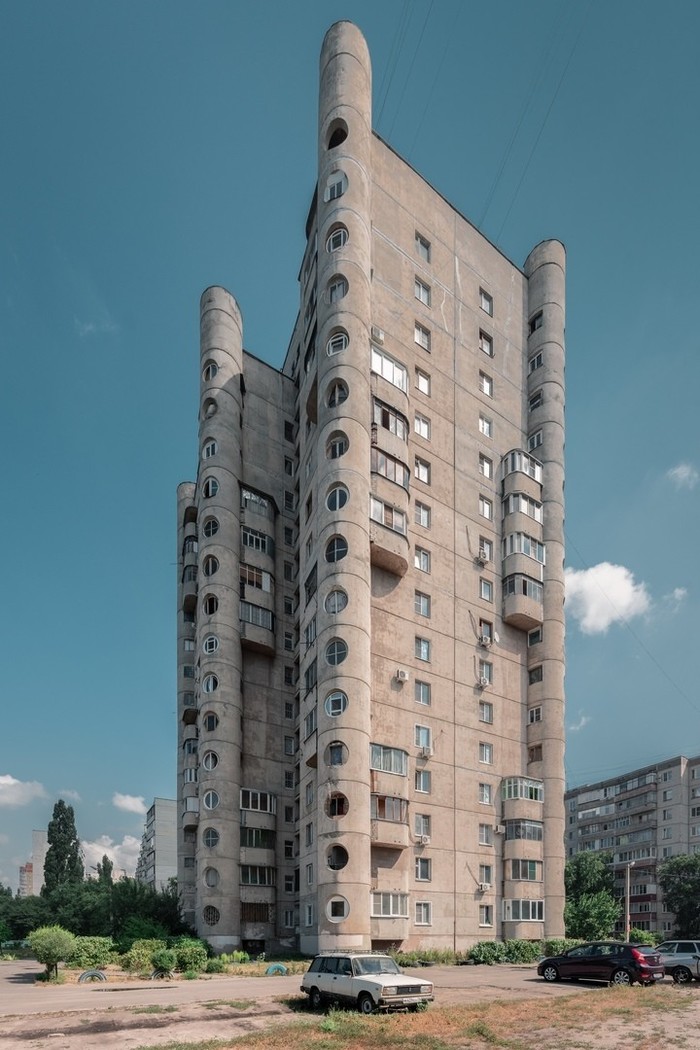 This is how it looks up close. As you see there are no sharp angles in the shaping of the house – only round parts were used. 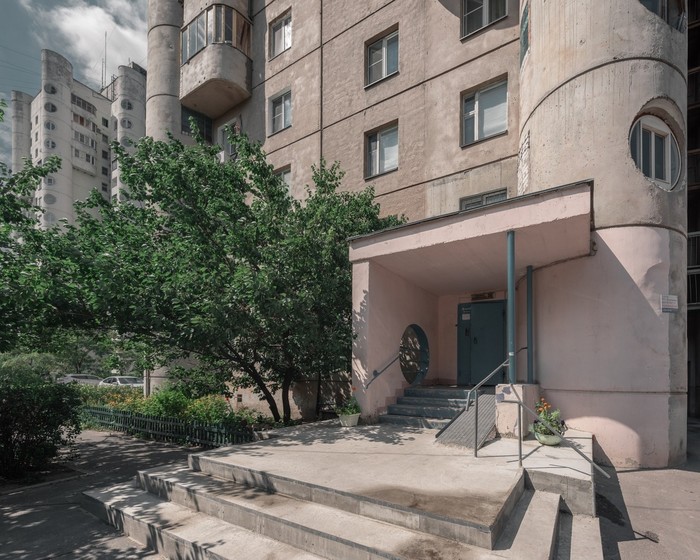 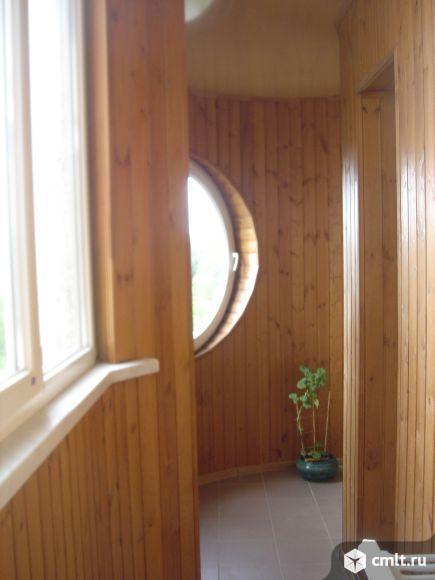 Those are photos from inside 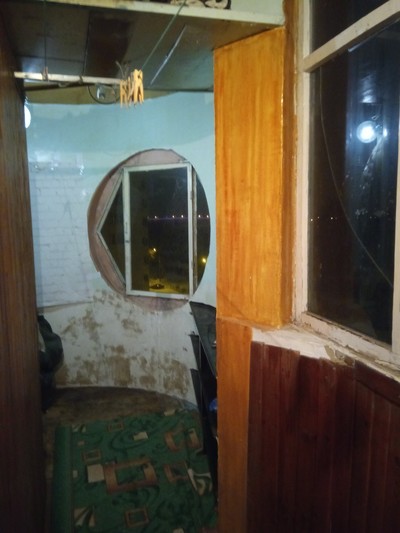 Round walls with round windows 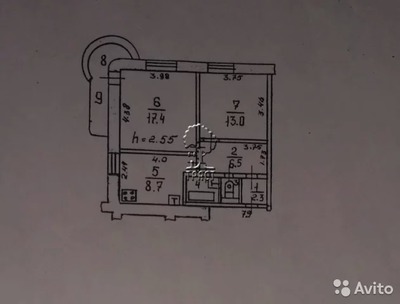 Here is plan of an apartment 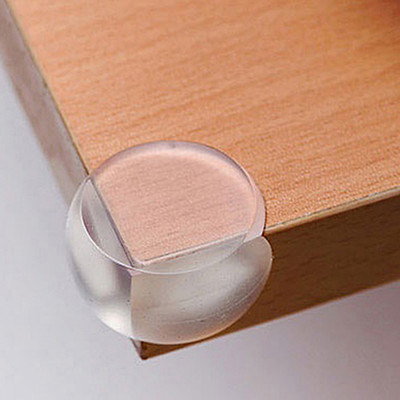 It’s somehow remind those things that you put on side of corners to prevent some sort of contact which can leave you “corner bruises”.

Actually it wasn’t first time architecture of this kind that was used in Soviet country.

Here is another house from Kiev: 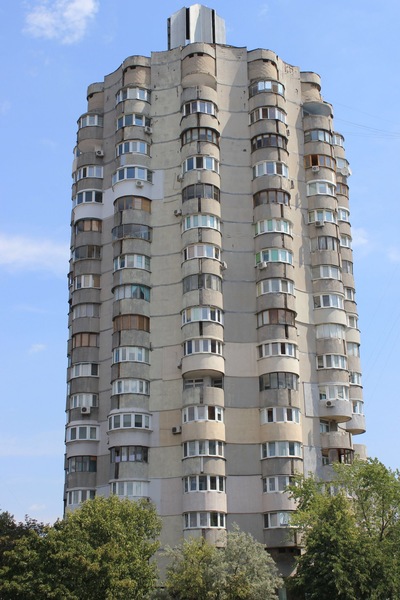 It was also round shaped: And this house from Belarus: 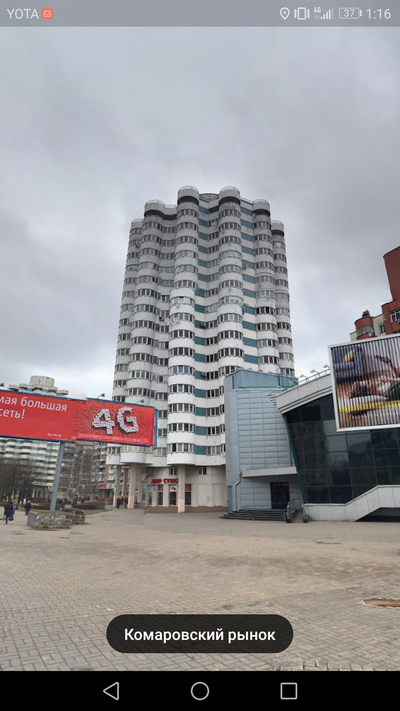 There is something to such houses making them visually attractive. As they say that nature isn’t using right angles, so it might be more “organic” and more nice to human eye.