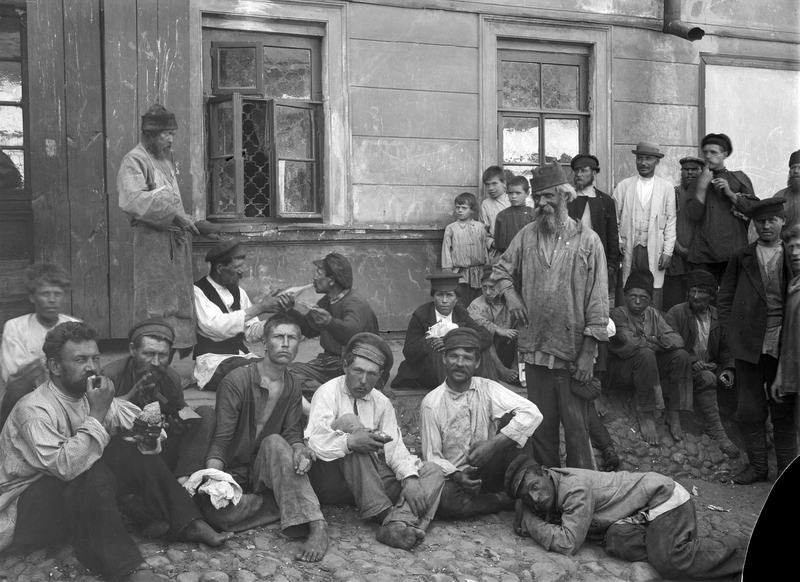 Russian photographer Maxim Dmitriev has live and worked 100 years ago. And since then he left us photos of the Russia at that time. Here is another posting that’s made entirely of his photos, now devoted to the Nizhny – Russian city East to Moscow. And on first photo “poor people” that’s how he has called this photo. You can click to see the bigger images on English Russia (if there are the bigger version). This is Russian State Owned bank. “Day of the white flower” – day to collect donations for the the fight against tuberculosis illness. “But white flower, contribute to the fight with an illness” Many people for such case. Near a state owned liquor shop (on the background) People come to buy a drink. People sitting on the ground got their bottle. Look how many people here going streets full bare foot. There is a fire in a village And another fire too City square next to railway station – horse cabs line up as taxis. A locomotive plant (where train above has been made too) Train is being made A steam boiler arrived on boat. Wall of the Nizhny Novgorod Kremlin Same thing as above