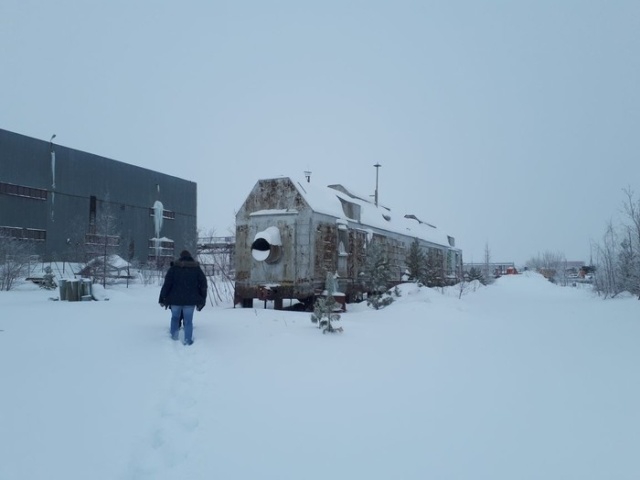 This is Soviet generator that is using jet engine and it’s fuel is jet fuel. It is having to jet engines AI-20, and two generators which can give 2.5 Megawatts. Here is how it looks inside: It is built in railroad car. When there is emergence happens they could transfer it by railroad to the any distant town or in middle of nowhere. In 1988 when Odessa city was flooded because of strong winds from the sea and the electric lines were down they have sent one of those to feed the power to Odessa port, Odessa fish factory. People still remember sound – like a full speed airplane roaring but on the ground.  And consumed 30 tons of jet fuel daily. But emergency was solved. This is jet engine inside the station. Once the people can remember the jet engine was torn away from the train because of power it produced – the holding structures couldn’t hold it and it went away. And those are generators that the jet engines rotate. Soviet times there was an Earthquake in Armenia in 80s and that time they also needed such impressive piece of tech.

Nowadays those abandoned. Maybe any bitcoin miner would find it somehow useful?