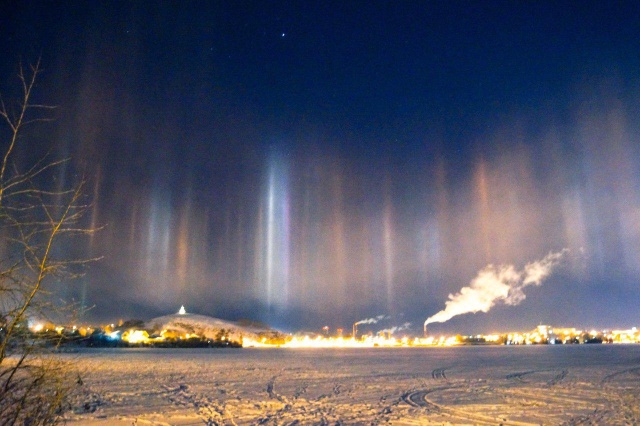 People of the Tagil city were surprised to see such skies. It is not a just aurora – no it’s total different thing. Meteorologists are saying these are ice crystals in skies that have frozen and now colored into myriads different colors. 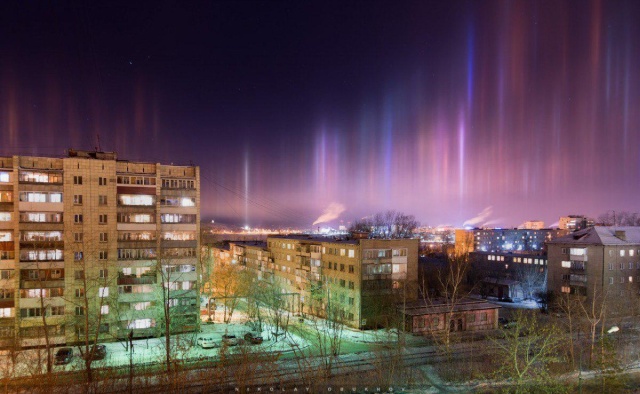 Their explanation is that rain drops in the air has been crystalized at frost and now they are start reflecting city lights to look like this. 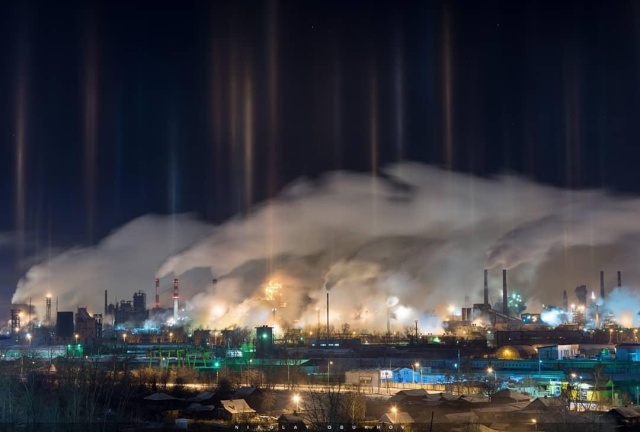 They have name for such even and its called as “Light Pillars”. However at this time they are much more bright and colored than the usual Light Pillar. 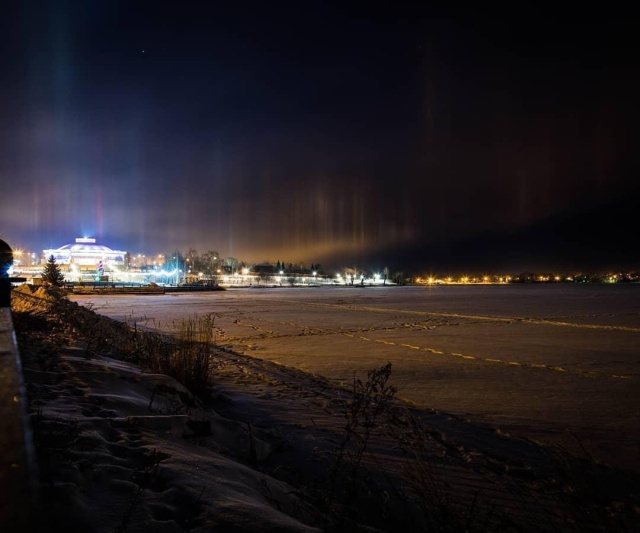 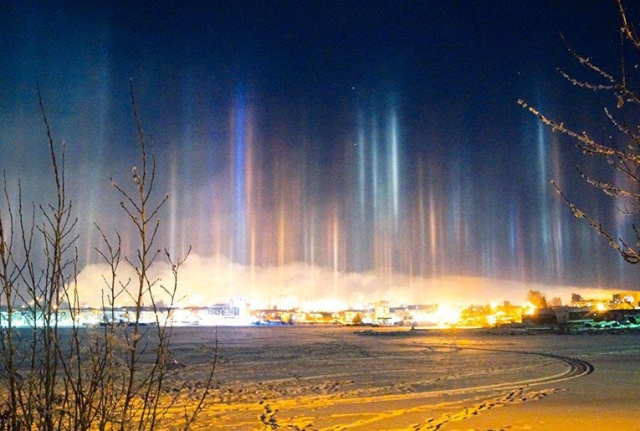