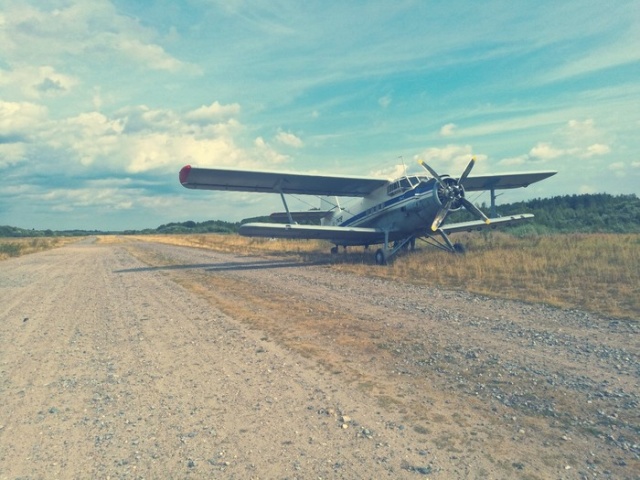 AN-2 planes were very common in Soviet Union and were used in different spheres of life – like passenger small planes on local lines, like farmer crop spraying airplanes, fire watcher planes etc. And here are some photos from particular small details inside of the plane. 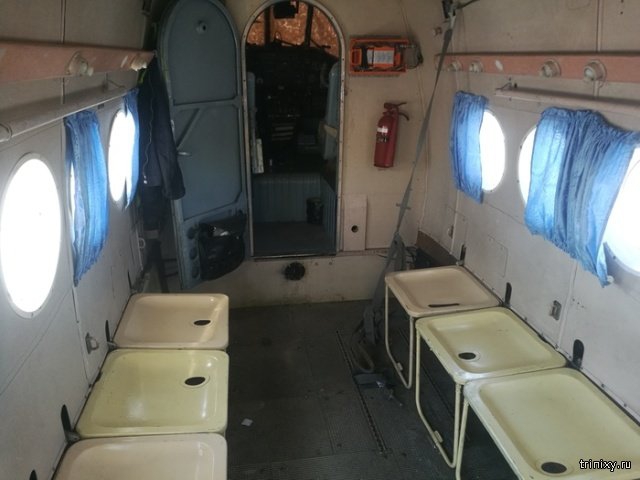 The question is why there are holes in the seats? To put your security belts into a special latch there. Also when needed the seats can be raised up and the passenger plane is being turned into a cargo plane. This is a raised seat. And this part of plane is forbidden to visit during a flight because weight of a person can make a plane out balance and can cause it crash. It has only different technical parts in this part in the back. And everything during the flight even the tool box is fixed in its place. And this is a… toilet. Like a urinating device. If you wanted to take a leak you could do it with its help, and the waste goes straight outside: (to help farmers with their crops probably) A cargo door of the plane – regular door is a smaller door inside a bigger cargo door. When needed – just small door was opened, or when something bigger was coming inside they opened the bigger part of the door like this. Sometimes this planes carry the excess of fuel with them so that they could land, refuel itself and continue the journey. And those are the parachute ropes – as those planes were used for paratroopers to jump and train. Some AN-2s had this round latches in the bottom for installing a camera and making photographs and videos of the ground objects.

Hope you liked this little story about a Soviet AN-2 airplane. We have many more stories to explore below:

1 thought on “Inside of Soviet AN-2 Airplane”