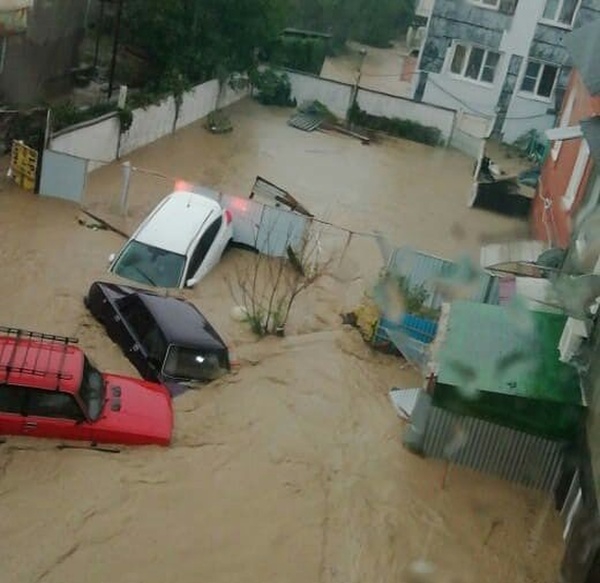 For the last few days thereÂ have been strong winds and rains in the South of Russia which were brought there by a cyclone. In the first six hours after landfall,Â itÂ caused 115 mm of rain.Â  A few people have died already, and there are more missing. Here are some photos and videos from the place: Over 2000 houses were flooded.

Here is a video:

The rescue services didn’t want to rescue anyone until the rainfall stopped. A few bridges were down. Some highways cracked and cities like Sochi are cut off from the land transportation – no trains or cars can get to the city.

Here is a video of a truck hitting a bridge: Another video showing how much water there was in Tuapse (town): Here is a video of railroads damaged by the water: People of Sochi tried to escape the town but there were gas shortages, so they had to wait in long lines to get gas, and it was rationed to not more than 20 litres per person (5 gallons), here is a video: Things were getting better yesterday and tomorrow and probably the rainsÂ will stop soon.

1 thought on “Photos and Videos of Flood in Krasnodar Region, Russia”