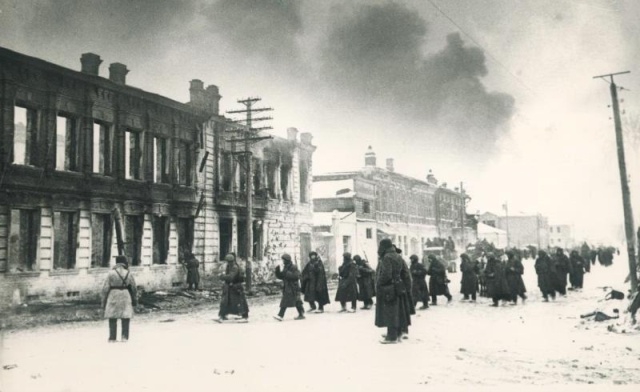 Another portion of archive photos from World War 2. Starting with a photo of a liberated city, Volokalamsk, above.

Combat planes on a mission. Loading propaganda papers to be spread above Nazi Germany from planes. Western front. Anti-tank gun operators in an ambush near Moscow. Armaments factory named after Lenin – preparing shells for the war. Western front – heroes get their rewards. Klin town near Moscow after Germans were driven out of the city. In a real battle. Street of a liberated city Sebezh. 1944. In a liberated village.

1 thought on “New Selection of Archive Photos from WW2”