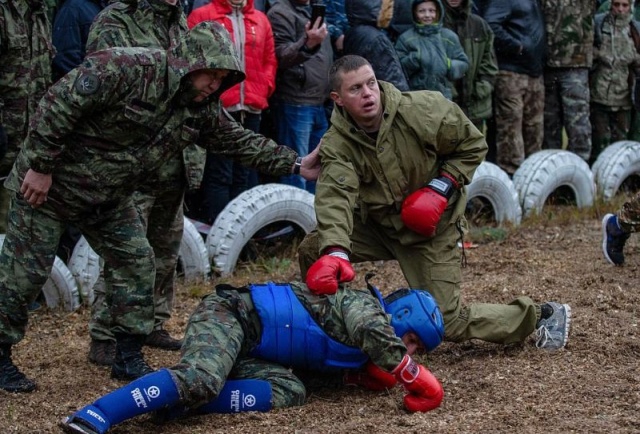 Russia has Spetznaz – special forces – this is a pretty well known fact. However, there is not only an army SpeztNaz in the country. There are also Police spetznaz called OMON, and there is a special prison spetznaz or UFSIN SpetzNaz. And this is the photo series of the prison SpetzNaz in training. As in other SpetzNaz regiments, they have a special marking that denote the “best of the best”. At SpetzNaz its often a dark red beret hat. They call it crappovij beret. And to “earn” it they have to pass a series of serious tests. The tests includes a special obstacle course and heavy sparring with the “senior” members of the Spetznaz. First they have to pass the heavy obstacle course and then tired and dirty they have to fight inside the circle with a few more army members. Some time later they look happy with their new hats on the heads. However, the prison Spetznaz in Russia was spotted many times in “revenge” operations against the prisoners. Some say that sometimes they are training their punches inside of the prisons on the helpless prisoners. So on one hand those are true warriors but on the other they are a bit different from the army Spetznaz.