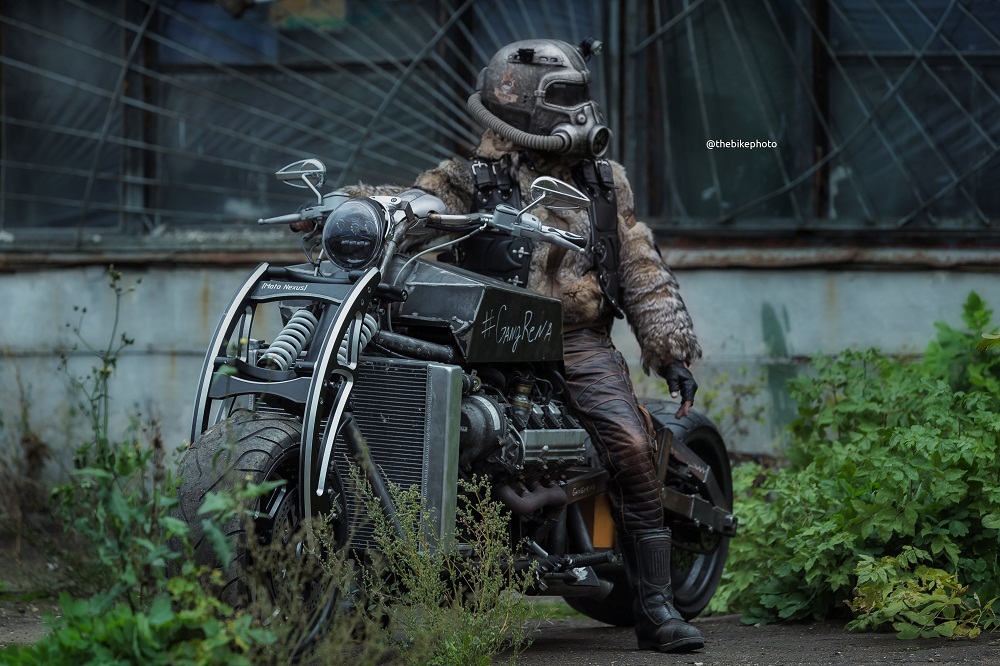 His “crazy bike” was scaring off pedestrians in Yekaterinburg this summer. Coming together with his fantasy helmet and a loud exhaust sound from V8 Lexus engine. 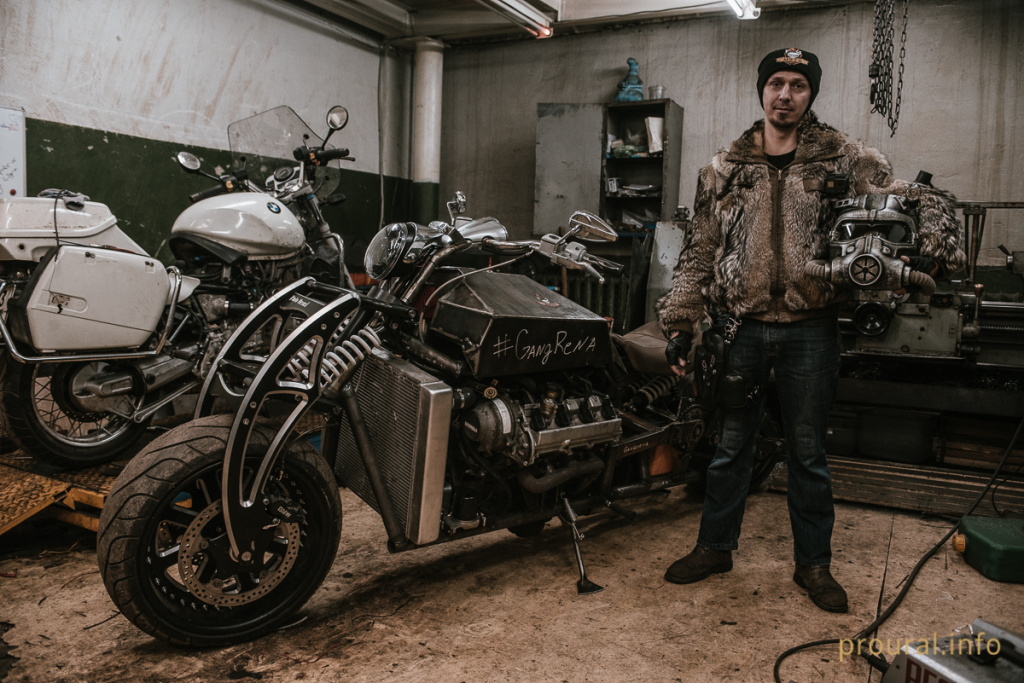 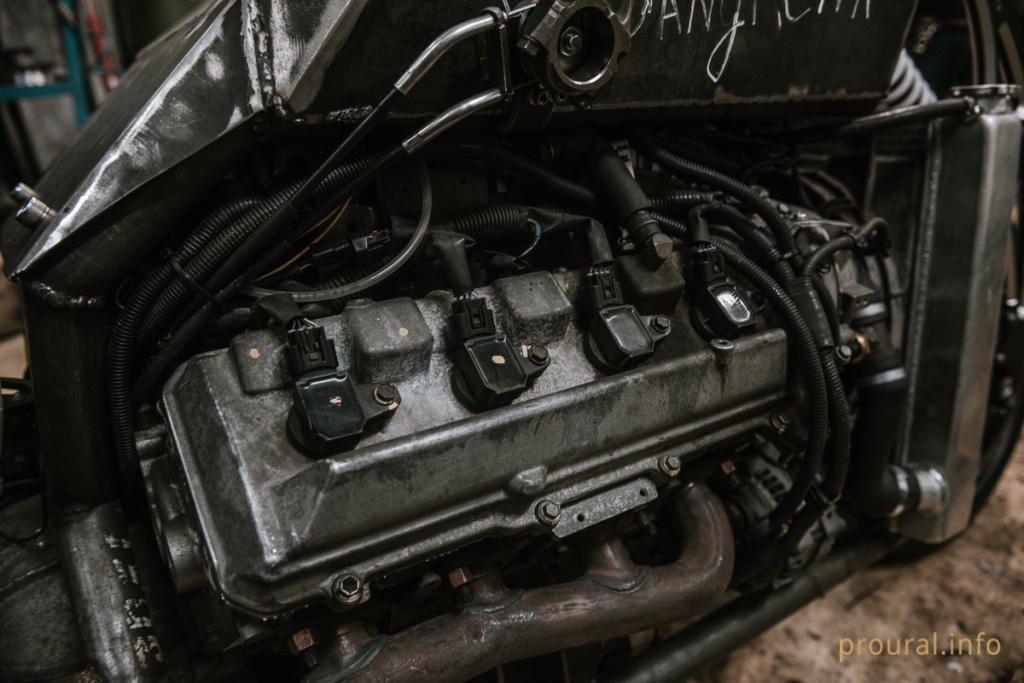 They found a Lexus V8 engine and Lexus Automatic transmission.

“It’s a 300 hp engine.” says the guy, “we wanted our bike to be really nice, but we also had to put it in in a way that doesn’t make the bike longer than 3 meters to stay road legal” 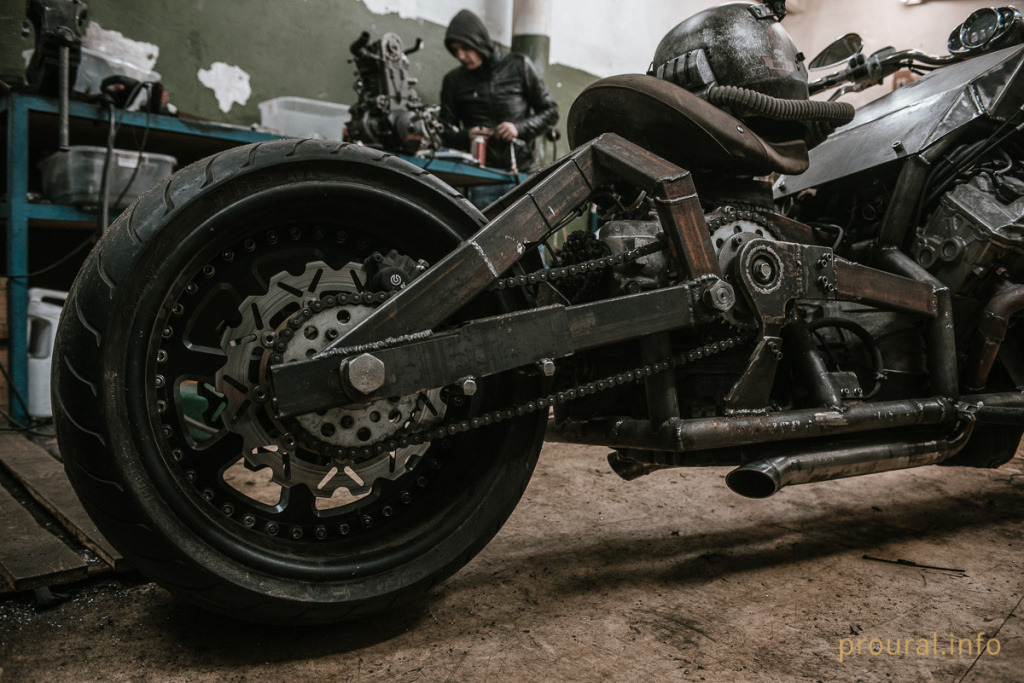 The rear wheel is huge – over 360mm (1’3″) wide, has two chains coming from the engine, one on each side of the wheel. They use two chains because if it was only one chain the powerful torque would twist the wheel. 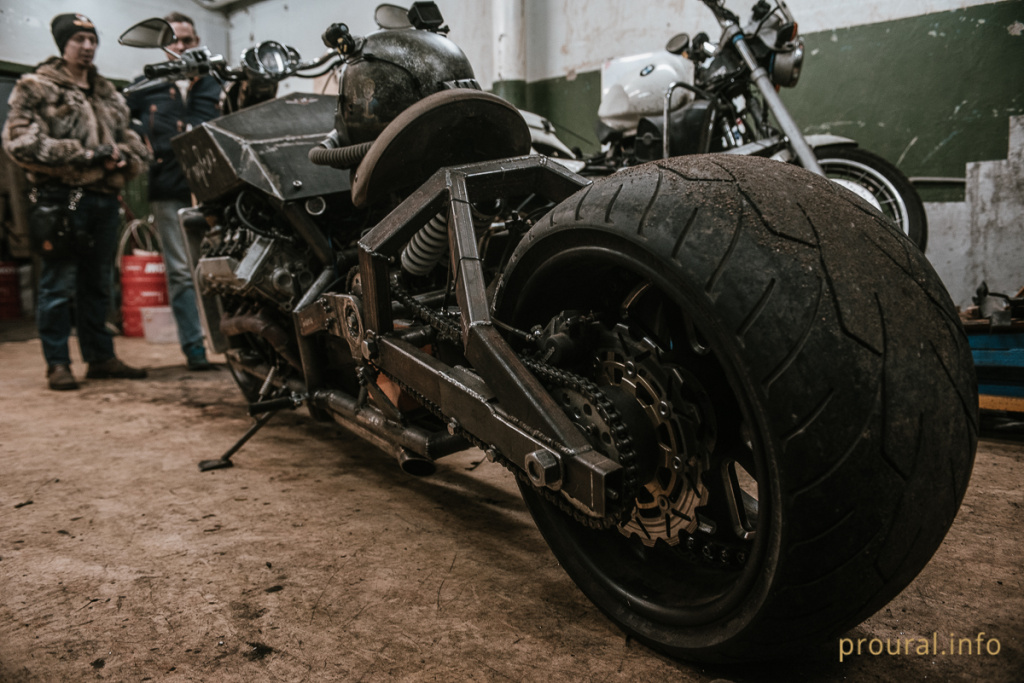 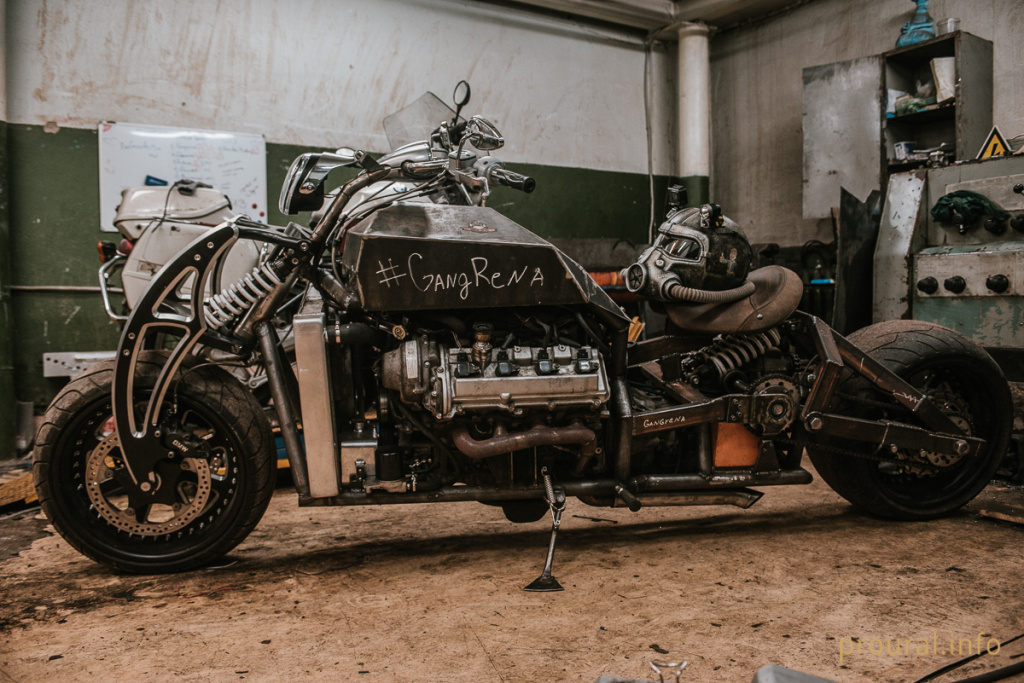 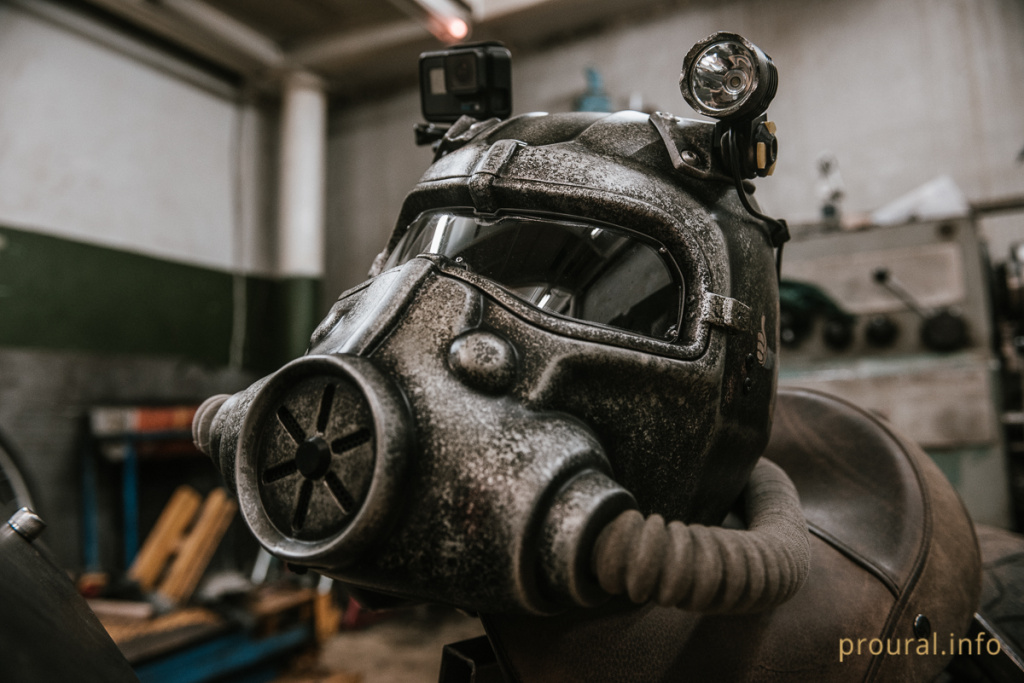 He says people always come up to him to take a photo on the streets. Police haven’t stopped him yet though. He plans to go from Ufa to Vladivostok (Russian Far East, over 5000km from Ufa) next summer.