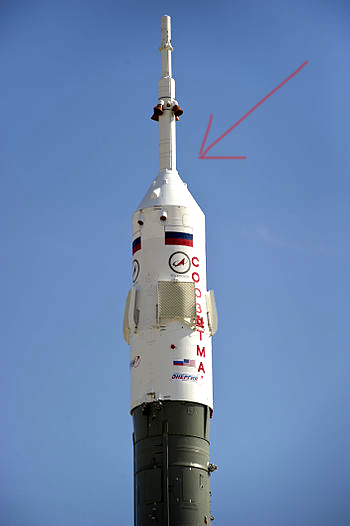 Yesterday there was an unsuccessful launch of manned Soyuz mission. The rocket broke in pieces, but the crew managed to eject using the special Launch Escape System. What is this system? Here is the story. (Red arrow shows where is this system is installed on the Soyuz rocket). 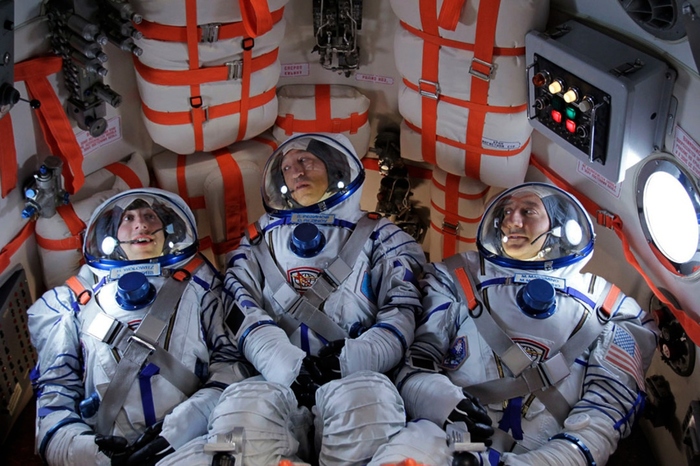 Cosmonauts sit below this system in the wide part of the “cone”. The Launch Escape System or LES can save the crew during any stage of the flight. However the most dangerous part is the launch itself (just like your electric bulb is usually blows when you turn the lights on). 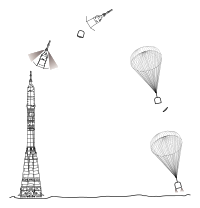 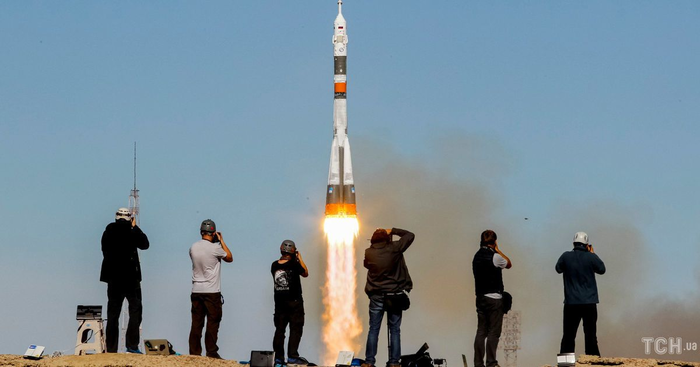 The LES system has its own engines. Those engines get switched on 20 minutes before the main rocket engines ignition. If there is a need to activate the Emergency Escape it’s done from the ground, from the flight control center. There is a special “codephrase” that two launch officers know. They must hit the LES activation button at same time. Usually it’s a name of some geographical location, for example “Ural”. If the officers hear this word they press the button and LES gets activated. The procedure remains unchanged for 50 years. 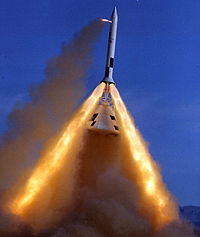 This is how the system works during the launch (a small flame on top of the rocket is LES being ejected from it). 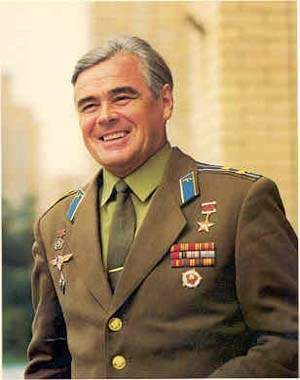 And the most dangerous thing during LES escape is not the explosion but the high g-forces acting on the cosmonauts bodies. Yesterday they said the g-force was 9g. It’s a high g-force for an untrained person but for pilots its doable. Nobody was hurt. However back in 1975 Russian cosmonaut Sergei Lazarev (in the photo above) got into LES escape and then he received 20G g-force (some say it was 26g!). He almost died, his heart had stopped but he survived, however his career ended there because his health suffered greatly as a result of high g-force.

This is a rocket scheme and the top most item (in the spire) is the LES system, right above the cosmic ship in a cone. 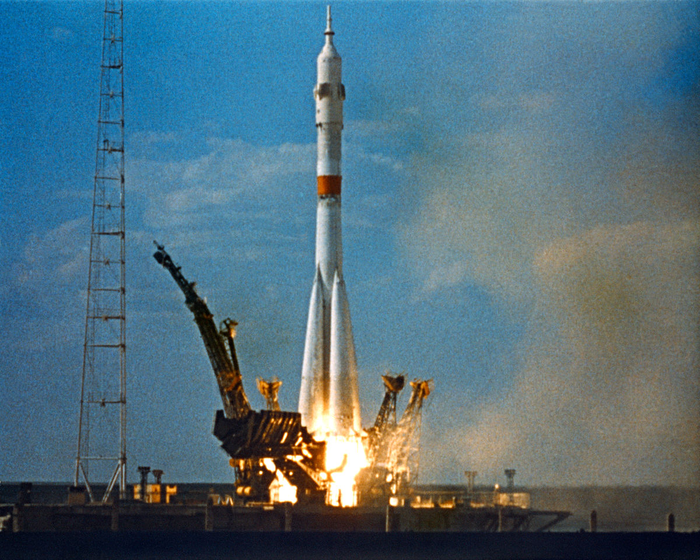 The first successful test of LES was in 1967. It was a success and since then it’s installed in all Soyuz rockets.

Here is a video of Soyuz LES in action:

And one more video:

However not only Soyuz rockets have these systems. American Apollo rockets had them too. Here is a video about Apollo LES:

Modern space ships and rockets from private companies also have them.

Here is a video about Blue Origin from Amazon founder Jeff Bezos:

And a “Dragon” LES system from Elon Musk:

Also the one from Orion space rocket:

Also, if the mission hasn’t failed and space ship goes into orbit as planned the Escape Pod gets discarded and thrown away into space as a piece of unnecessary equipment that nobody wants to carry into orbit, then it burns up in the atmosphere.