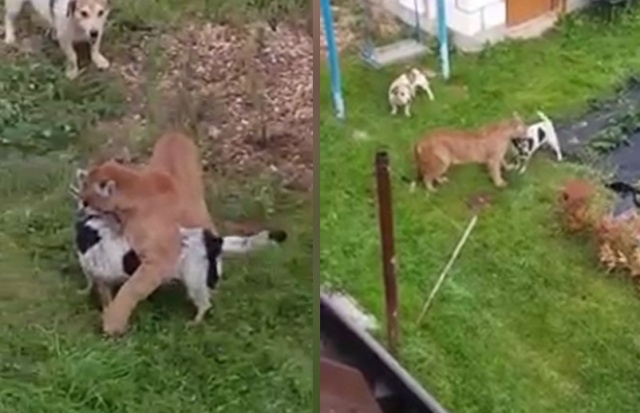 People of a village near Moscow have encountered a mountain lion or puma wandering around the nearby forest and village outskirts. At first it attacked a man, then a dog, then it roamed around. Here are three videos:

First video – man runs away from a puma.

Puma on the road.

Puma tries to kill a dog (video removed due to requests). 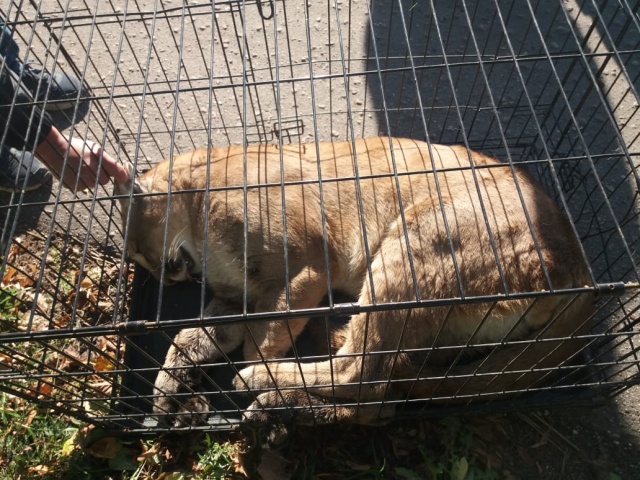 At last the animal was caught, however it’s still not clear where it came from, no zoos reported a missing animal.