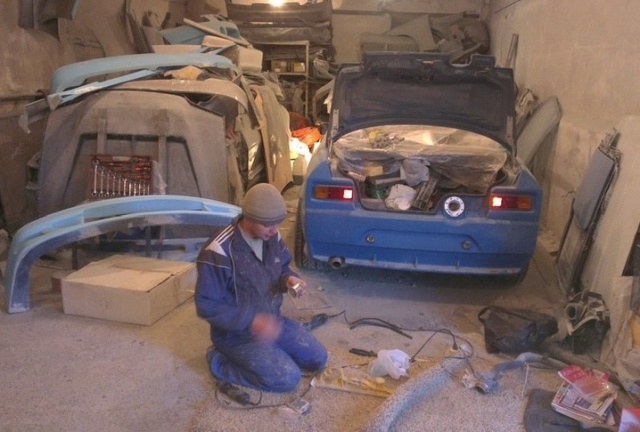 One man named Andrei bought an old Moskvitch 2140, however after some time the car started breaking apart, and it became harder and harder to maintain it and find the old Soviet parts. His friend on the other hand had an older BMW 3 that he didn’t use and offered it to Andrei for a cheap price. So Andrei took the older BMW 3 and decided to build a new Moskvitch from it, as he liked the appearance of the Soviet car but wanted it to be more reliable. At first it took him five months to get the necessary permissions from the state to be sure that the future car would be street legal. Then the work began. The result was that he got a totally new type of Moskvitch. He plans to use it every day and he has already got the registration plates for it. In the DMV (Police) database the car is entered as a Moskvitch, despite it being a BMW inside.