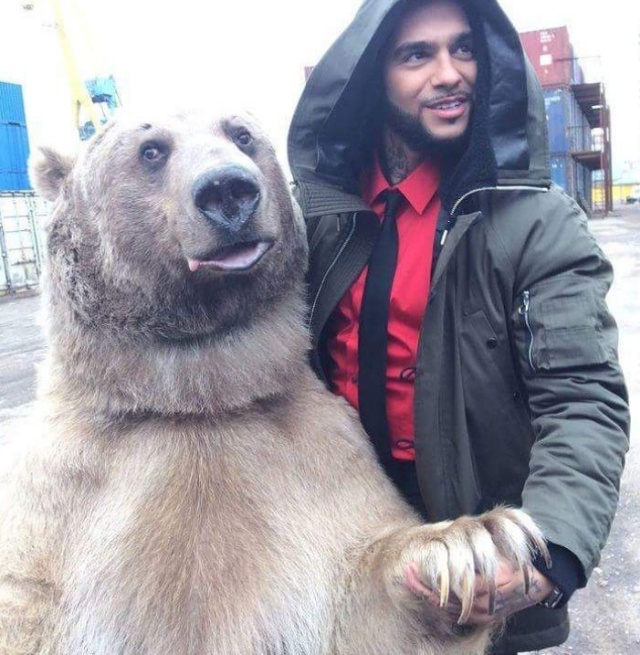 There is stereotype that bears walk on the streets in Russia. That’s not true of course, but sometimes its true. Here we tell you about a famous twenty-two year old bear called “Stepan” who starred in many commercials, video clips, music videos, TV shows and also photo sessions with celebrities. Here is Stepan with Steven Seagal Also he starred in Russian movie “Tsar” on a green screen. His “parents” are trainers Svetlana and Yuri. He lives with them in their house. So they make many fun photos at home. And sometimes watches Putin on TV. And he is fond of participating in photo sessions – even girls aren’t afraid of him as he is very calm and chill. Around a year ago Stepan had a “son” – Semyon. His mother refused to feed the bear cub and Yuri and Svetlana decided to adopt a new “family member”, probably because Stepan is already getting “old”.

3 thoughts on “Russian Bear Stepan the Hero of Photo Sessions”