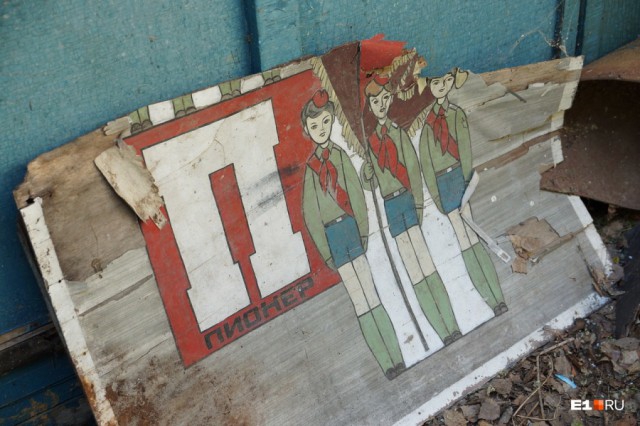 Emir and Antrei are two photographers from Yekaterinburg who like to explore abandoned places. This time it was an abandoned pioneers camp near Yekaterinburg city. The name of the place was “Cosmos” during the USSR era. It was built in the 1960s and after the USSR collapsed it stopped functioning, however it’s still in pretty good shape inside. “This is is a good island of a Soviet childhood”, says Antrei. “Some buildings have already been destroyed but there are some houses that were locked and you still can see the soviet interiors inside through the windows” In a principal’s office there are papers dating back to 1988. However some roofs are already covered with moss and in bad condition. Paint is also in bad shape but the Soviet signs are reading pretty well. These were the administration offices. Lots of Soviet propaganda literature. They may be worth something already as a relic, especially abroad. Antrei says there is one downside in visiting places like this and this particular one – there are myriads of stray dogs walking around this place. So if you plan something like this be aware.

55 thoughts on “Paying Visit to an Abandoned Pioneers Camp”