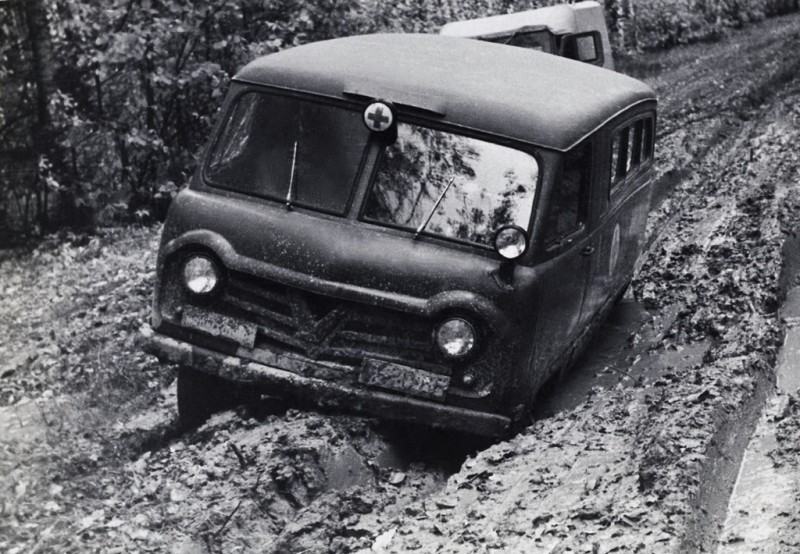 The Bukhanka or UAZ-452 is a family of off-road vans that have been produced at the Ulyanovsk Automobile Plant (UAZ) since 1965. They are still being produced and sold today. In fact, this is one of the most widely used ambulance vans in the countryside today in Russia 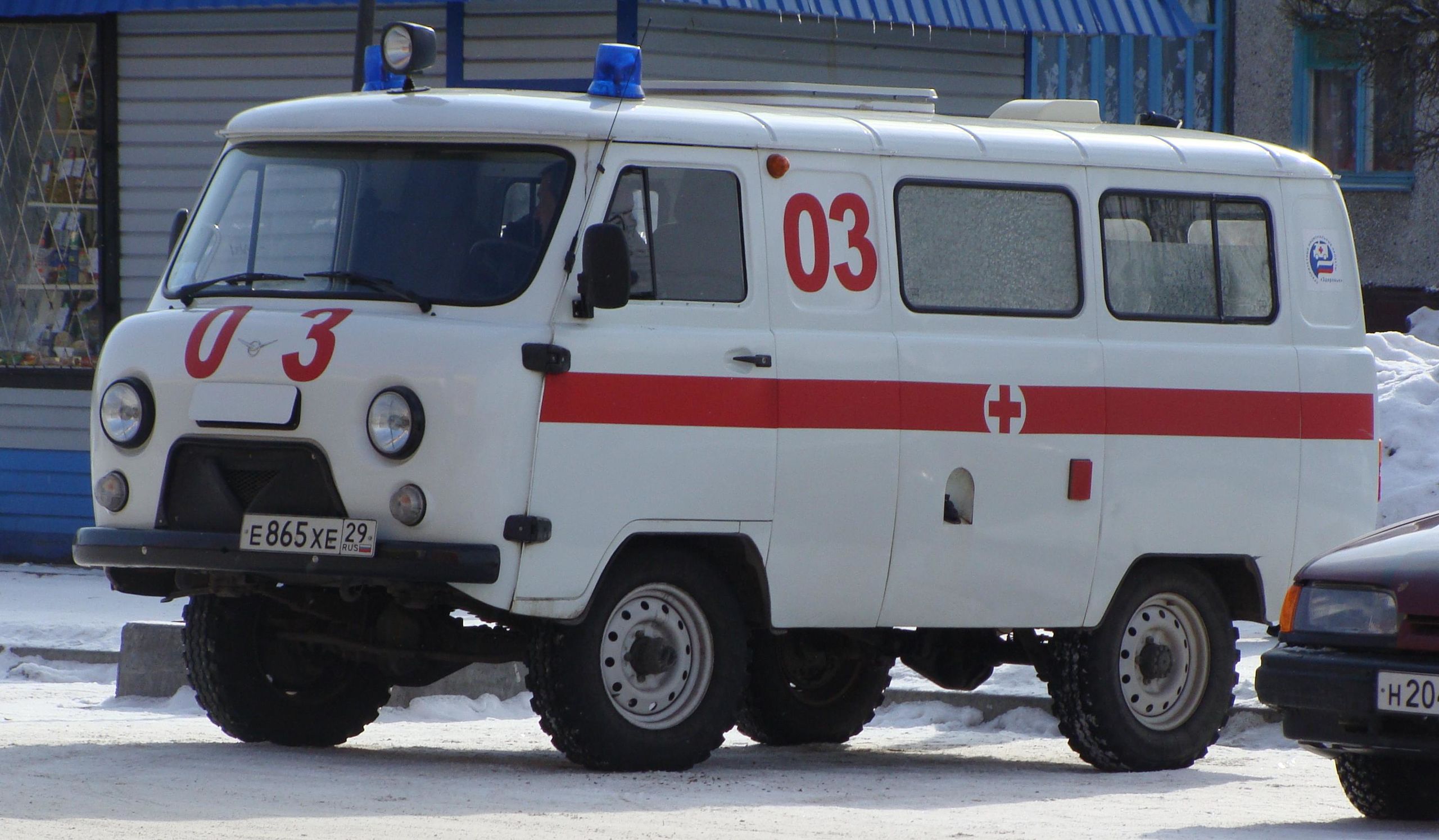 Here are some samples of the “Bread Load” – so named for it’s similarity to an actual bread loaf in the form of its body. 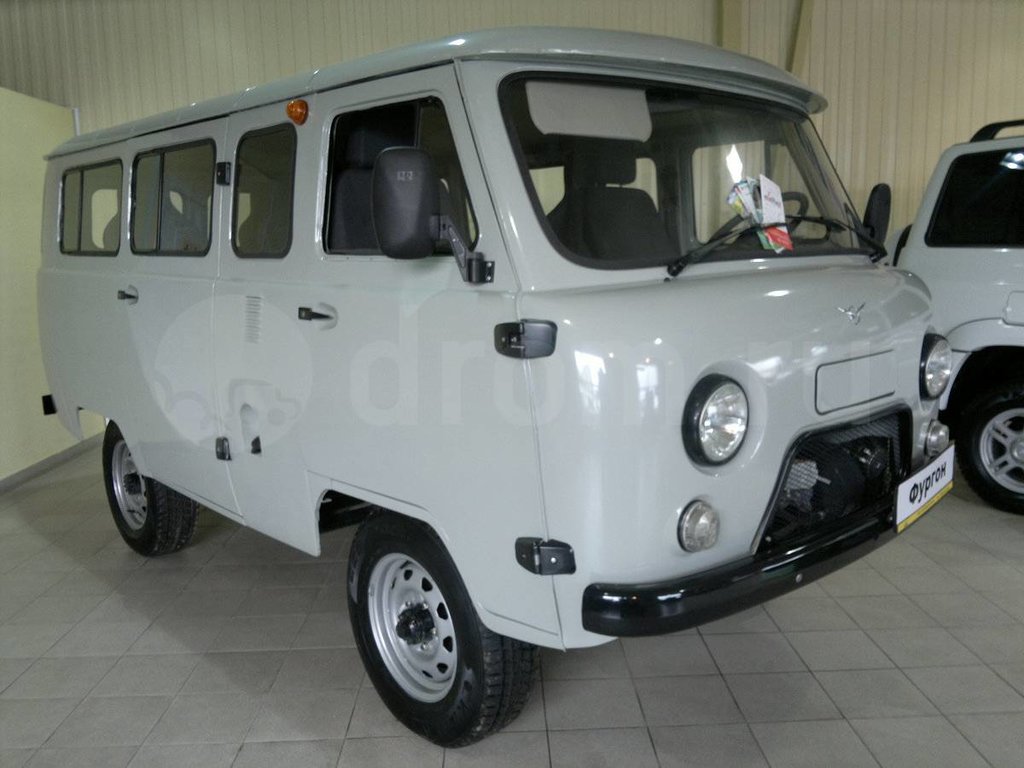 Here is one on sale in a dealership.

But before it, there was a so called Proto Bread Loaf – an experimental vehicle from Soviet industry. 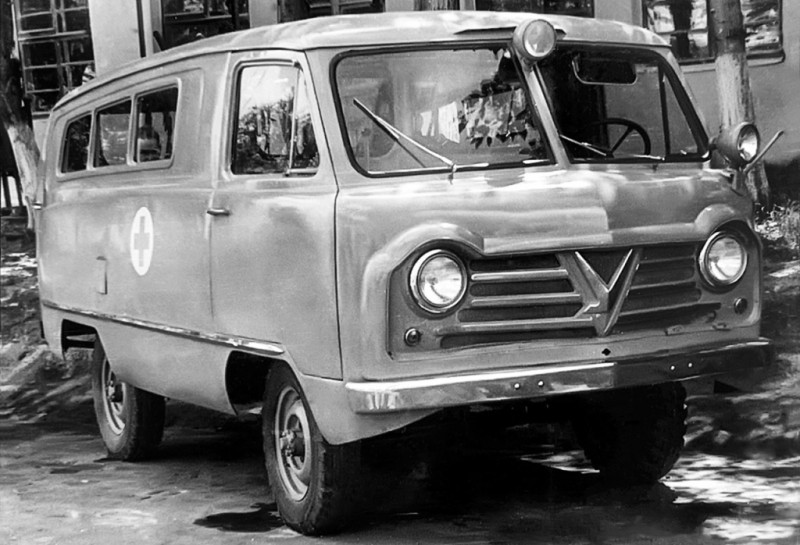 The USSR Health Ministry and the Soviet Army both made an order to make some van that could pass practically anywhere and deliver cargo and crew. So they came up with this. They took a Gaz-69 JEEP chassis which was used to lead a tank convoy, and was hugely off road capable, and made it into a van. 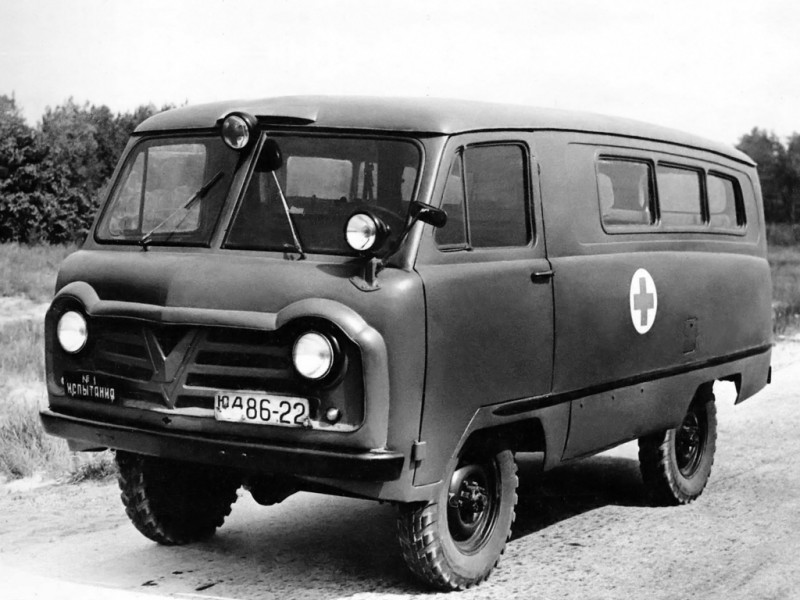 Three of those proto-Bread Loafs were made and showed them to be very well suited for the tasks so the car went in production and is still on sale, though with slight variation. 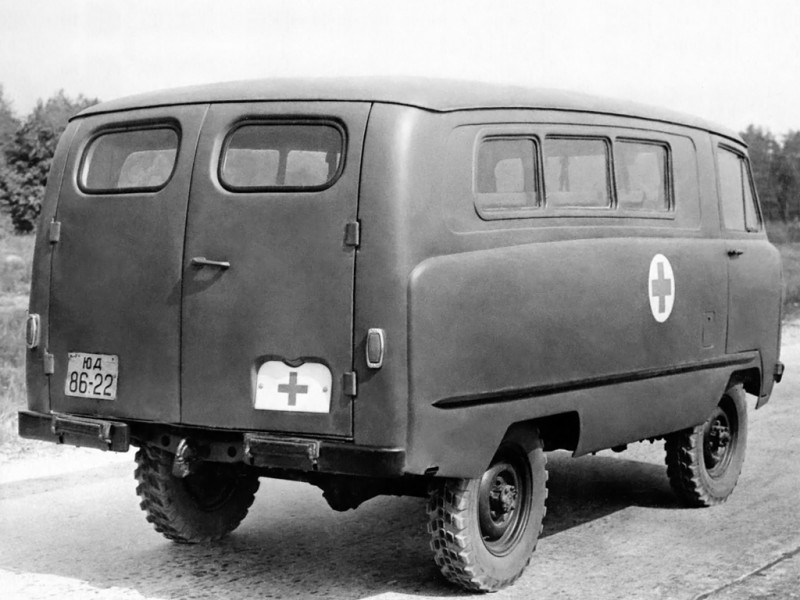 And by the way some people in Japan go mad about Bread Loafs. They modify it like this for example: 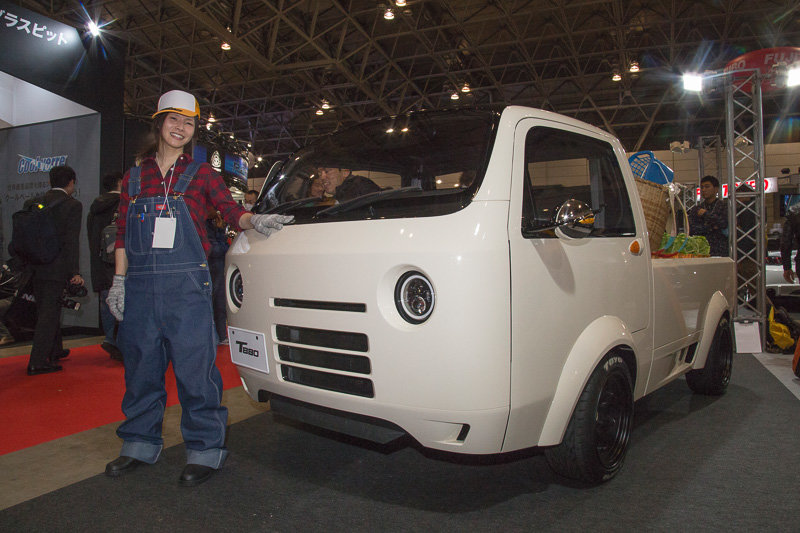 Or enjoy it “as is” in a classic Soviet look. For this purpose there are companies importing UAZ to japan.

Because it’s imported, it costs a few bucks there, so some people from Japan modify the older, cheaper Japanese vans so they look like the UAZ, like this: 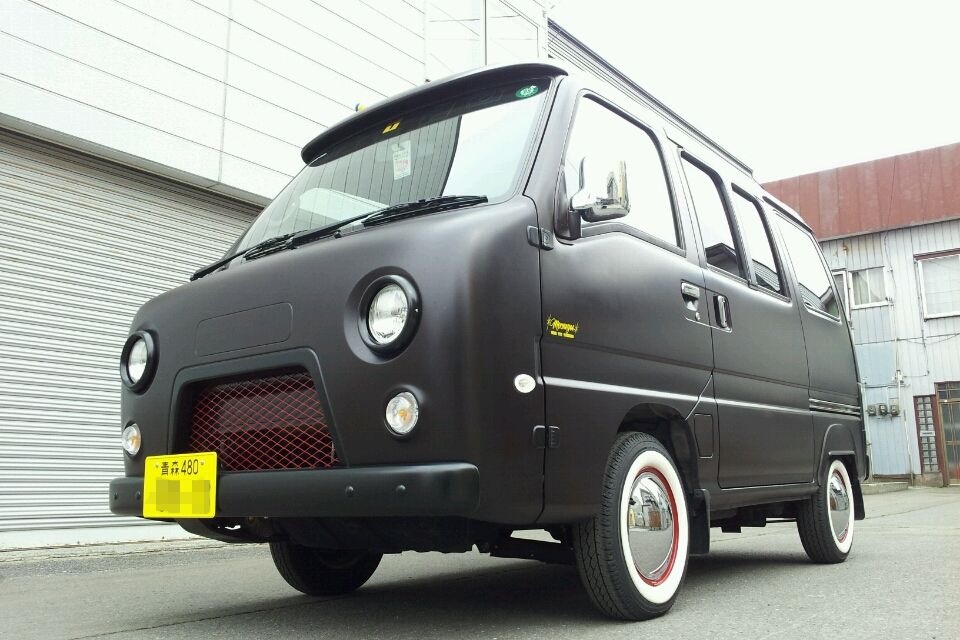 (the sliding door on the side, and all other doors, are different from the UAZ, only a front of the car reminds the original UAZ)